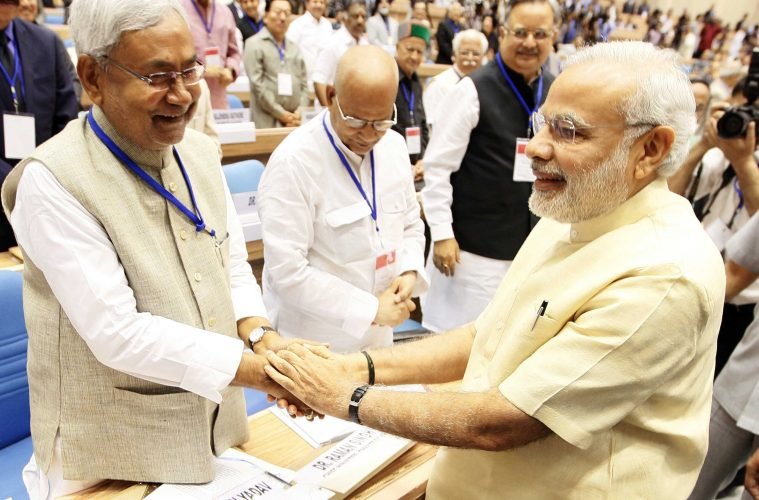 Nitish Kumar And The Politics Of Bihar

Bihar. The political hotbed of India along with Uttar Pradesh, has certainly justified its title over the past 48 hours. That’s right. Forty-eight hours is all it took for the state to change the political discourse of the country for the next general elections. Some called Nitish Kumar’s move as opportunist and others hailed him as the no-nonsense politician. It will be fair to say that there has been no dearth of political pundits expressing their expert opinion on the twists and turns in the state.

Nitish Kumar, like all other politicians, has made use of the best possible options available to him. He parted ways with Lalu Prasad Yadav way back in 1994. Yadav had started exploiting caste schematics and build his image as the savior of the downtrodden, that time. It overshadowed Kumar as a politician and surely, his exit from Janta Dal to form Samta Party was then necessary. After spending a decade in oblivion, Kumar bounced back in 2005.  He roundly won the assembly elections in a state fed up with lawlessness in the garb of socialism. Along with the Bharatiya Janata Party as his ally, Nitish ruled the state for the next decade, arguably the best period of overall growth for the state.

This continued till 2013, when against his better judgement, Kumar broke the decades old alliance to board a sinking ship. This joint chariot of smaller regional parties was led by several prominent politicians. All of who harboured the ambition of becoming the prime minister of the country. Nitish was no different. And so he did what any shrewd politician would do. He listened to his inner voice after the coalition’s defeat in 2015 polls and appointed a Mahadalit, Jitan Ram Manjhi as the new Chief Minister.

The Many Political Suicides

Anointing Manjhi as the chief minister was a political suicide, and Nitish Kumar soon realised it. Kumar had expected Manjhi, a nobody in state politics to be ever-so-grateful to him for the post and power conferred upon him. Manjhi had other ideas. He started dictating terms, rather than taking lessons from his master. This was his second error in judgement. 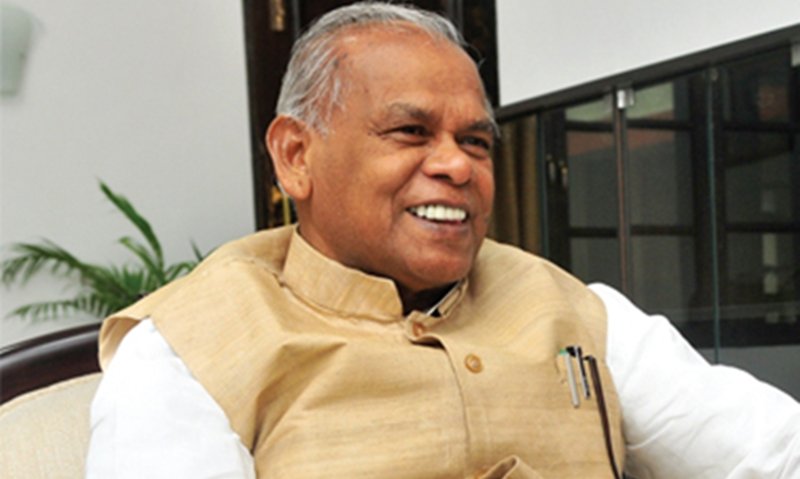 The first one of course was his parting ways with BJP. People of Bihar needed a stable government which did not threaten to kidnap or maim ordinary citizens if they made a living and were good at it. BJP may not have helped his national ambitions but it sure was a reliable ally and they were content playing second fiddle to Kumar in the state. With Nitish Kumar out of picture and rise of Yogi Adityanath in neighbouring U.P, BJP started growing fangs too.

The third act of political suicide by Nitish was joining forces with Lalu, his sworn enemy of the past 20-odd years because he wanted to be the leader of an anti-BJP coalition. With much pomp and show, the new government was sworn-in. Did the people of Bihar feel cheated? Sure they did! Did they want to vote for Lalu and his team? Not in their dreams. But when the  savior switched teams, there was not much they could do. Nitish felt cheated too. From day 1, barbs from RJD had started coming in one way or other. They only grew with time. Either from the matriarch of the family, by one of the sons or by some obscure leader. Lalu was rapidly building base and due to his wrong decision, Lalu now had established two of his sons in politics. Their base was rapidly rising after a long time and Nitish was getting pushed on backfoot.

The whataboutery that is on display these days, and indeed has been in the past is baffling to say the least.  It would be funny, if not ironical, of the intelligentsia to call Lalu the only real socialist, who worked for the upliftment of the downtrodden masses. A man who single-handedly murdered the ambitions of an entire state just to fill his and his family coffers is suddenly the only true socialist to have lived! If that is not absolute bull crap flying on streets, I am not sure what else is.

When he appointed a puppet chief minister, Nitish was hailed as the true messiah of the depressed and downtrodden. That he wanted Manjhi only as a seat to further his own ambitions was perhaps seen by no one. None of the so called political “experts” saw through this scheme. Perhaps the light of hogwash was too blinding for them or they did not want to focus on it.

Later when Nitish Kumar broke ranks with BJP, he was suddenly the crown prince of secular forces in the country. That the group also had leaders like Sajjan Jindal and Lalu Prasad Yadav, or for that matter other established criminal faces was never a concern for anyone. Nitish had dared to defy an established order which had won the national elections most decisively and that was his moment of fame.

For the third time, when he joined hands with Lalu, it a meeting of natural allies according to the liberals and the educated. That they had been baying for each others blood for the past two decades was never questioned.

And now, when he has broken off the coalition again to abort a sinking ship, people are up in arms against him joining forces with BJP. Those who have gone to the extent of calling him an opportunist should mention one instance when a political party or member of standing took a decision that did not go against their so called morals. And if it would not be foolish of them to expect morals in a game as dirty and filthy as politics.

The Future of Bihar?

For now, it would be foolish to predict which way the proverbial camel Nitish Kumar will sit for sure. He has realised that his national dreams can remain a possibility if political capital in his home state is not diminished and with RJD his politcal capital was at stake. Only time will tell if this master tactician decides to stick with the BJP and remains their ally in the next general election or pulls a fast one again. At the moment, everything seems calm. But no one can for sure predict what will happen two years down the line. However, what will be interesting to see if what excuse the opposition brings now to label him this time.