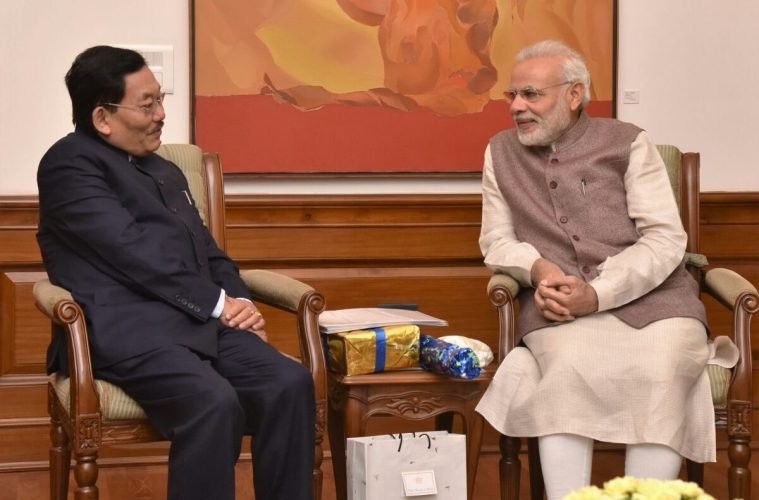 “Politicians make a lot of promises before elections but once elected, they forget about it.”

I bet we all have said this at least once in our life. Ever since the Republic of India was established and handed over to Indian leaders, people of India have witnessed a huge number of cases of corruption, false promises and poor administration.

But there are a few politicians who break the stereotype. Politicians who go out of their way to serve their country and its people.

So, here is a list of seven politicians who stand out among the pantheon of Indian Politicians: 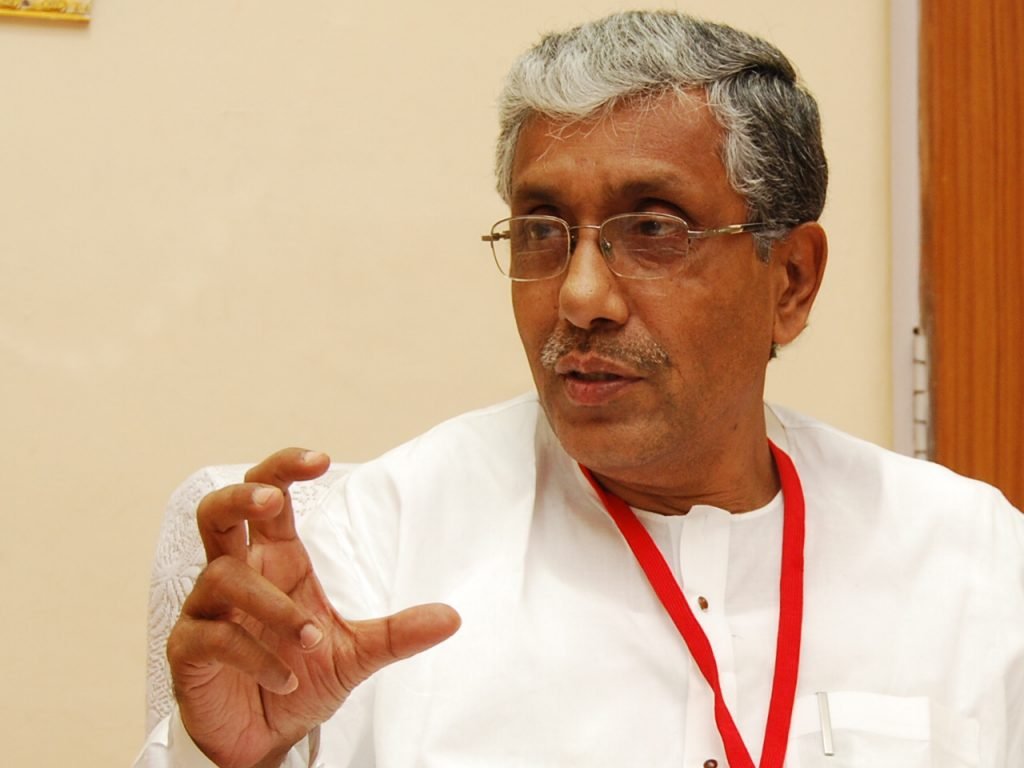 Manik Sarkar, the Chief Minister of Tripura is one of those rare honest politician in recent times. A politician who uses his position, resources, and influence to bring about incredible changes in their respective areas. Like other North East states, Tripura too had been affected by ethnic militancy and Naxal insurgency for very long. Under the sagacious leadership of Chief Minister Manik Sarkar, Tripura became a Naxalite free state.

Some of the major achievements of Manik Sarkar as the CM of Tripura are:

1. Tripura became the state with the highest literacy rate in India.

2. Among all the northeastern states, Tripura is the only state to become completely Naxal free, without using military forces.

3. The concept of Public-Private Partnership (PPP) and Invigorated Private Intervention, particularly in the IT sector was brought in Tripura by the Manik Sarkar-led CPI(M) government.

4. Even after being one of the most disconnected and remote places of India, Tripura became self-sustainable and fastest growing under his administration. 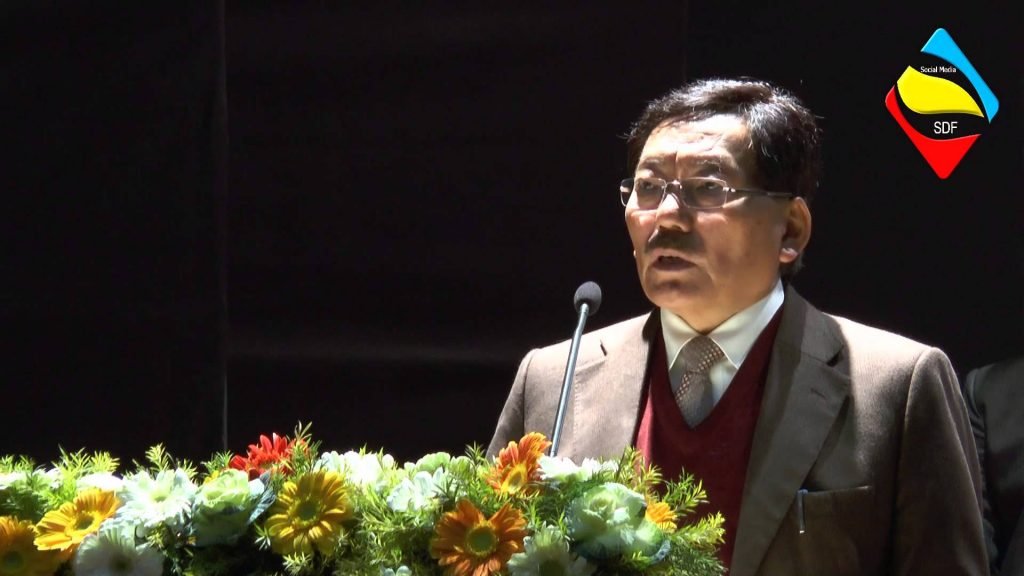 From being a farmer to a revolutionary poet, social worker, and a strong political leader, his journey of becoming the Chief Minister of Sikkim is the most inspiring one. He is the longest standing Chief Minister of any state in India. He has won legislative assembly elections for 5 terms in a row.

Chamling is well-known for his innovative ideas and initiatives raising environmental awareness into people. His two decades of leadership in Sikkim has brought some amazing visible changes in the state. One of them being Sikkim the first fully organic state in India.

Some of the achievements of this inspirational political leader’s career are:
1. He was chosen as the most dedicated CM towards the environmental awareness and sustainable development. He was conferred with the ‘Greenest Chief Minister of India’ award in the year 1999 by CSE.

2. For his outstanding environmental initiatives and ideas, he was personally invited by Arnold Schwarzenegger to attend a Global Summit on Climate Change at Los Angeles. Schwarzenegger was the then Governor of California.

3. He transformed Sikkim into a self-sustainable fully Organic State of India.

4. He was conferred with Doctor of Philosophy (honoris causa) by Sikkim Manipal University in 2003. This was done for his vision, leadership, and contribution in the betterment of the weaker sections of the society, the backward class and the overall development of the state.

5. He is also an eminent writer and poet. Chamling has received a number of awards like Poets’ Foundation Award, Bhanu Pushkar and Chintan Purashkar for his contribution to Nepali and Hindi literature. He is also known by his literary name Pawan Chamling ‘Kiran’. 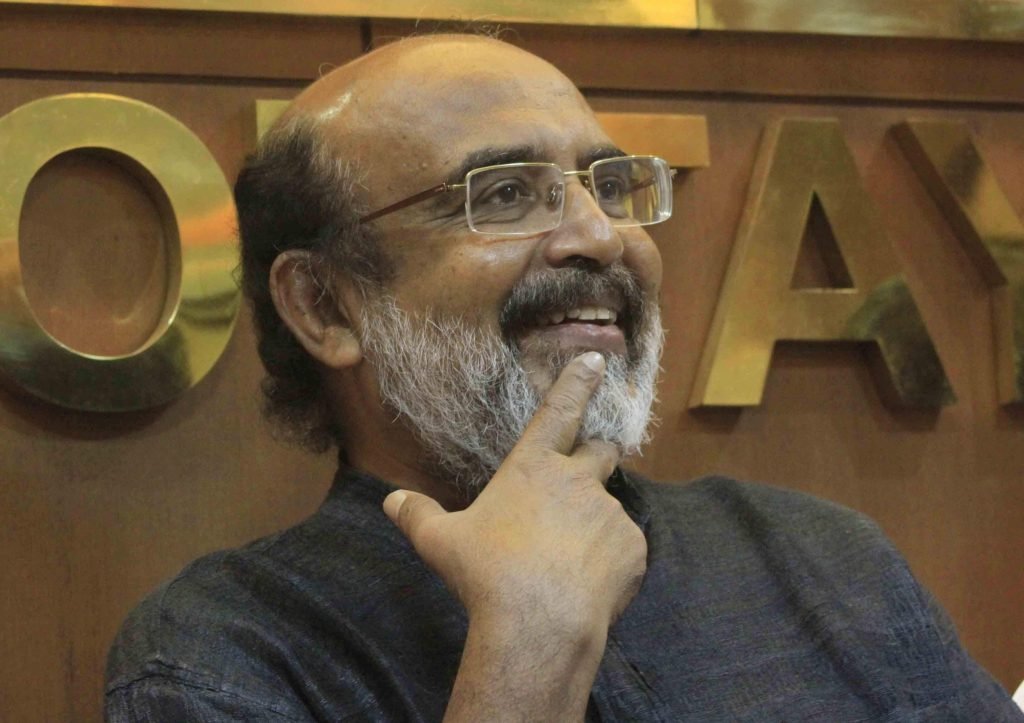 The Minister for Finance and Coir in the Kerala State Legislative Assembly Dr. T. M. Thomas Isaac has set an example for all the other politicians in India. He has done this with his innovative measures to revive the financial condition of the state. Isaac is a four-time MLA from Alappuzha constituency. He is also a central committee member of the Communist Party of India (Marxist).

Isaac started working on his first election promise a day before the election results. He and his team planted around 15,000 trees. They promoted organic farming to make the state self-sufficient. For a state like Kerala which largely depends on supplies from other states for its daily needs, it was a big step.

Before becoming the Minister of Finance he was in charge of the People’s Plan Campaign (PPC) in Kerala as a member of the Kerala State Planning Board.

Some of his effective schemes are:

1. The Loan Relief scheme implemented under his administration relieved the poor people who took loans from governmental institutions.

2. The successful Anti-Recession package formed to deal with the financial crisis in the state due to the shrinking remittances from its citizen in the gulf. 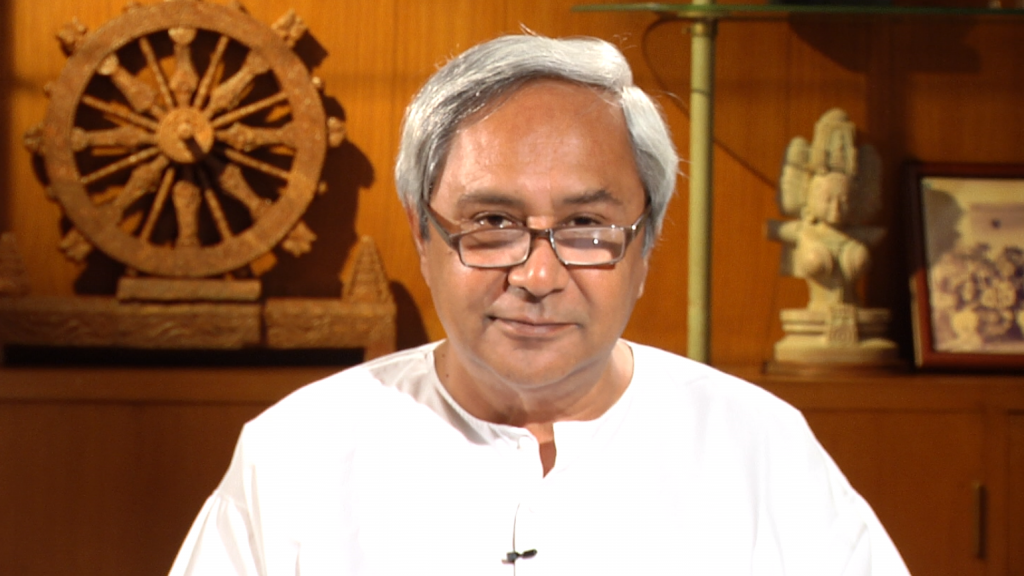 Son of the most loved Chief Minister of Odisha Biju Patnaik, Naveen Patnaik is also known for his clean image and corruption-free administration. He has been the CM of Odisha for four consecutive times. In this he transformed Odisha into a corruption-free state and the third most-preferred state for investment.

He is the founding chief of Biju Janta Dal (BJD) and also a writer of three books. Naveen has often been in headlines for his ruthlessness, not hesitating in dumping ministers and sacking politicians if he finds their conduct inappropriate.

His pro-poor policies and transparent administration make him a true hero of Indian politics.

Some of his excellent work includes:

1. He introduced a number of schemes that have proved themselves very helpful in uplifting the underprivileged.

2. His ‘Madhu Babu Pension Yojana’ offers pension not only to the disabled, old and widowed women but also to those who are HIV-positive. 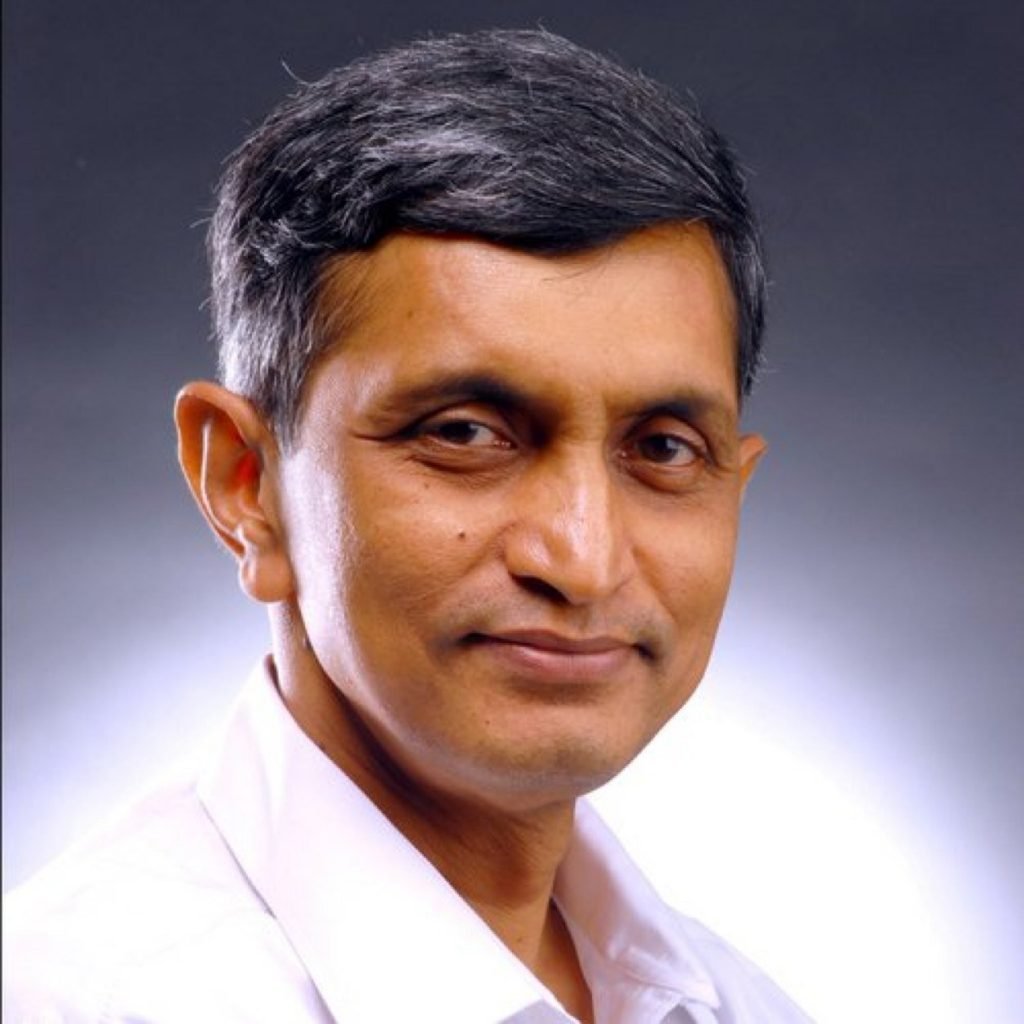 Dr. Jaya Prakash Narayana ‘JP’ is one of the most qualified politicians we have. JP is the founder of the Lok Satta Party. He is a physician, an IAS topper and a formidable political leader in the state of Andhra Pradesh. He has served 16 years in the government working on projects concerning agriculture, irrigation, technology and youth rehabilitation in various districts of Andhra Pradesh and Telangana.

A true nationalist, he has successfully founded and has been managing the Lok Satta Party, one of the rare corruption-free political parties.

Here are some of the excellent accomplishments of his political career:

1. He generated permanent employment for 8000 youth from displaced families Visakhapatnam Steel Plant. This took place while he was working as the Joint Collector in Andhra Pradesh.

2. He led the reconstruction of drainage and irrigation network in Krishna and Godavari deltas.

3. He had a significant contribution to the creation of a record 2,00,000 acres of irrigation as the collector of Prakasam District. 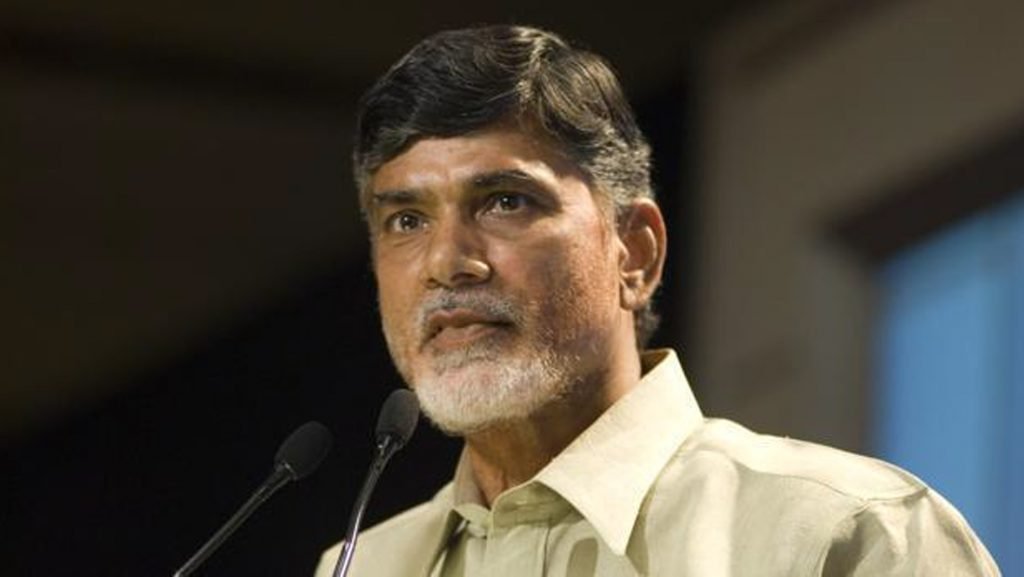 The tenure of Shri Nara Chandrababu Naidu, the Chief Minister of Andhra Pradesh is full of achievements. For his amazing work towards the development of the newly formed state, he has been awarded with IT Indian of the Millennium from India Today, Business Person of the Year by The Economic Times, South Asian of the Year from Time Asia and also a membership in the World Economic Forum’s Debate Cabinet.

He is also popular as one of the “hidden seven”, working wonders around the world by Oracle Corporations monthly magazine Profit.

Some of his outstanding work includes:

1. Transforming Andhra Pradesh into the fastest growing IT hub of India. This was done by introducing the first IT policy.

2. Generating lakhs of employment every year. This became possible by attracting investors like Cadbury, Honda, Lockheed Martin and Airbus to the state. it, in return contributed to the overall national economy.

3. Introducing the Fiber Grid internet system. It is the most affordable internet connectivity system, to connect every household in the state.

4. His paper-free cabinet is the first of its kind in India. 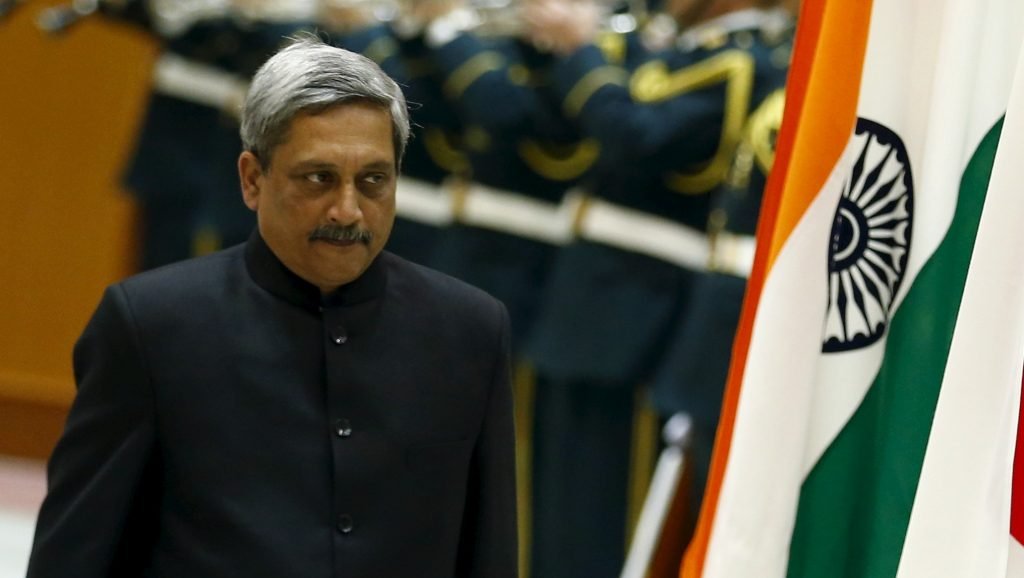 Even after becoming the CM of Goa, he continued to live in his own simple house and did not upgrade to a fancier vehicle. Unlike most of the other politicians we have in our country, he doesn’t entertain the VVIP treatment that the ‘Netas’ get.

As the Defense Minister of India, he has made some excellent changes in the defense policies of India:

1. One Rank, One Pension (OROP) was a four decade old dream of the retiring army personnel. Manohar Parrikar finally implemented it in 2015.

2. He has also succeeded in upgrading the Indian Military. He signed some of the major defense contracts during his tenure.

3. The Surgical Strike was an unprecedented step taken by Indian Defense that not only broke the age-old trend of playing the victim every time something happens; but also put the faith of people back in Indian army.

His tight 14-16 hour work schedule at the age of 62 is pretty impressive. He also received the CNN-IBN Indian of the year award in 2012.