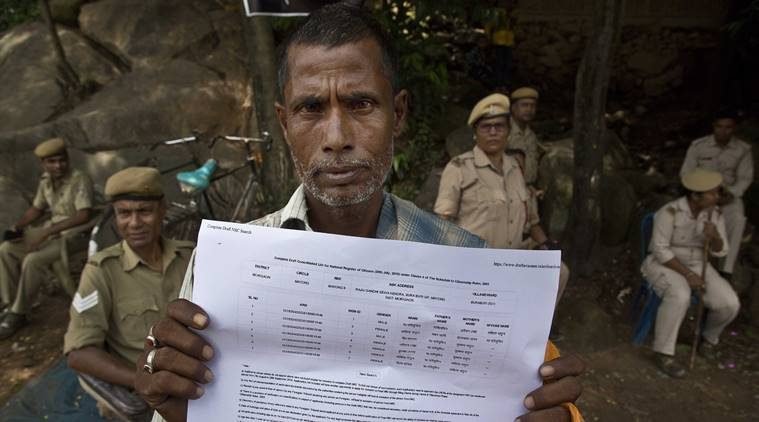 NRC has been one of the most discussed topics in the past few days both inside and outside the parliament. The National Register of Citizens (NRC) involved verification of 3.29 crore people in Assam aimed at identifying the Indians living in Assam. In the second draft which was published on 30 July, 2018 about 40 lakh people were not included in the list. This is not the final draft, and anyone who was not included in the NRC can appeal against it.

While the process is not even completed yet, all hell has broken loose in the political circles. The government was accused of targeting a particular religion even though the exercise was conducted under the supervision of the Honourable Supreme Court. Mamata Banerjee, the CM of West Bengal has been vehemently opposing the exclusion of 40 lakh people from the list accusing the central government of being biased. Ironically, West Bengal returned only six percent of documents sent to the state for verification.

The politics around NRC has begun and will continue for the foreseeable future. However, to understand the gravity of the problem, we need to go back to the 1971 era of the Bangladesh war of liberation. North Eastern states which share a long and porous border with Bangladesh saw millions of refugees enter India during the period. These people were escaping the persecution back home and India opened its doors to help them. People of North Eastern states did whatever they could to help the neighbours in their hour of need.

However, everyone including Indira Gandhi believed that these people would eventually have to go back to their own country. Sadly, the people who came to India never went back. Thus, this lead to a problem that remains unsolved even after decades. Over the years, the illegal immigration continued as people crossed into Indian side in the hope of better life. This large-scale unlawful migration has resulted in massive changes in demographics. Thus endangering the culture, jobs, and resources of the local population.

There is a lot of misinformation being spread by some politicians and media houses. The most common one being that it is impossible that 40 lakh people can be illegal immigrants and the ruling BJP government is targeting a particular religion. However, Sriprakash Jaiswal, then Minister of States for home in 2004 had said on the floor of the house that about 50 lakh Bangladeshi squatters were present in Assam alone.

While today Congress may be politicising the issue, their own minister had given a figure of 50 lakh illegal immigrants in Assam. The NRC has only 40 lakh names, so Congress should instead ask the government to probe about the additional 10 lakh people. But, then that would be not good for politics. Who anyway thinks about the country anymore?

Another misinformation doing rounds is that NRC is targeting particular community. Notably, the Assam Accord was signed by the then Prime Minister Rajiv Gandhi on August 15, 1985. It came after close to five years of unrest in Assam resulting from protest by the All Assam Students’ Union (AASU). AASU was lobbying for identification and deportation of illegal immigrants, back to their respective countries. No Congress government since 1985 has even attempted to fulfill a promise made by their own Prime Minister. Notably, Mamata Banerjee was one of the staunched supporters of identifying and deporting illegal immigrants until 2005. What has changed over the years is hardly a secret. 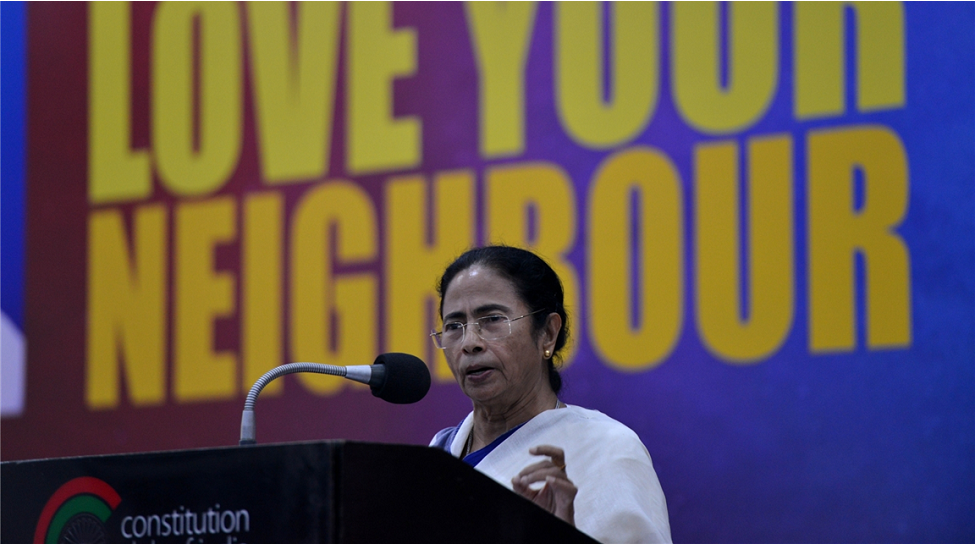 Do other states need a NRC?

Following the NRC in Assam, demands have emerged from states like J&K, Bihar, and Maharashtra to conduct a similar exercise. The Raj Thackeray led Maharashtra Navnirman Sena (MNS); which has been lately in the news for all the right reasons, expressed the need to identify illegal Bangladeshis, in Mumbai. Jammu and Kashmir National Panthers Party (JKNPP) has made similar demands for J&K as not only Bangladeshis, but even Rohingyas have managed to infiltrate the state.

In 2017, the government told Rajya Sabha that there were 2 crore illegal Bangladeshi immigrants in the country. The number was 1.2 crore in 2004, and the rise in the span of 13 years equals the entire population of Australia. In West Bengal alone, there appears to be a presence of 57 Lakh immigrants. Could this be the reason for Mamata Didi’s aggressive opposition? She even went to the extent of stating that the NRC could lead to civil war and bloodbath.

According to the 2001 data, today 17+ states and UTs face the issue of illegal immigrants. It should hardly come as a surprise if in 2018 they are present in all states and union territories. Apart from a few politicians, the lack of concrete data on illegal immigrants remains one of the major hindrances in solving the issue. The Supreme Court has asked the central government to maintain a status quo on the Rohingya issue. There are about 40,000 illegal Rohingyas in India who have reached as far as J&K.

While these are illegal immigrants and there is a need to send them back, the government of India has to work according to the international norms. Over the years, India has been able to send only a small number of illegal immigrants back to Bangladesh. So, sending back 40 lakhs or all 2 crores seems like an impossible task. Bangladesh’s Information and Broadcasting Minister, Hasanul Haq Inu told ANI that the NRC problem was India’s internal problem. Thus, they have nothing to do with it. So, will Bangladesh ever accept back these people?

Illegal immigration is an international problem which affects countries like the US, Germany, Italy, and many in Europe. Some pseudos claim that India should value the human rights of these immigrants. Somehow, caring for another human being may be in the Indian DNA. However, as a country India does not have the resources to support such a large number of foreigners. India’s own rising population is difficult to sustain at the moment. Thus, supporting 2 crore illegals is a long.

The problem compounded due to the inaction of previous governments. There is no straightforward solution to this challenge. This definitely requires politicians across party lines to think about nation first. Such an expectation may be eternal optimism. But, the government would certainly not be able to deal with internal political opposition. Add to that the international opposition that would soon surface once deportation is on the table.

Thus, unless vote-hungry politicians and propaganda-driven media get their act together, the illegal immigrants are not going anywhere. It appears that the NRC will be the litmus test that will reveal who gives more importance to personal gains over national security. Let’s wait and find out.