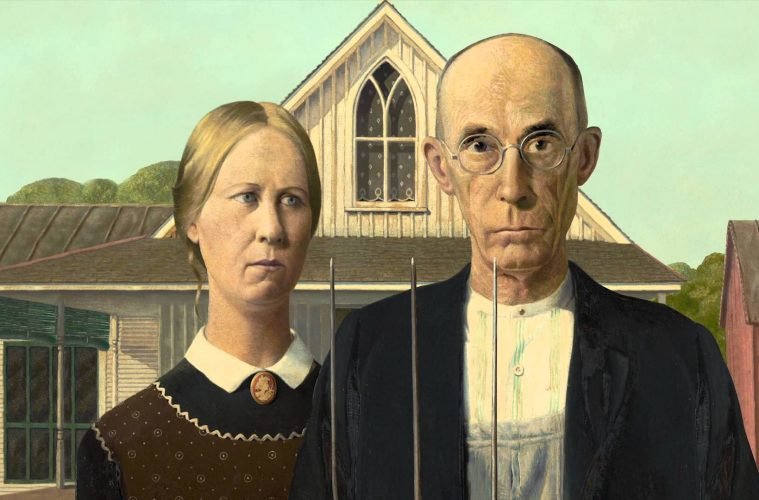 Of The Finer Arts- Ten paintings we recognise, but don’t know.

We have all, at some point in our lives, wanted to appear all chic and cultured. Swirling red wine in one hand and eating cheese from the other. One thing that never fails to impress people around you is a slight knowledge of the finer arts. You do not need to be an Arts major in order to appreciate the strong imprint of the Renaissance era present in all of Da Vinci’s paintings. Or to casually remark about how Rembrandt effortlessly played with light in his work.

Hence, here is lesson one. In this piece, we bring to you a list of the ten most widely recognised paintings throughout the world.

We are all familiar with this one. Housed at the Louvre in Paris, it holds the Guinness World Record for the highest known insurance valuation in history. It is at $100 million in 1962, which is worth nearly $800 million in 2018. If you have read The Da Vinci Code by author Dan Brown, you would know that there a million theories about the real identity of the woman in the picture. Many have been believing her to actually be Da Vinci’s homosexual lover disguised as a woman. However, as far as the realm of facts goes, the subject of the Painting is Lisa Gheradini. She was the wife of Francesco del Giocondo, a rich oil merchant of Lomabardy. 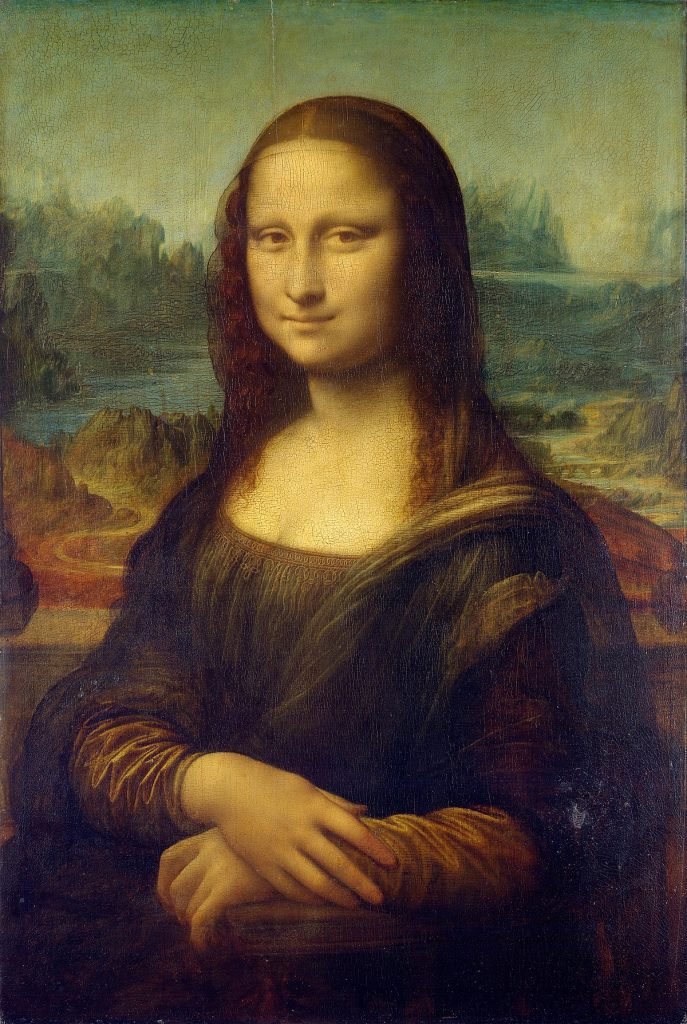 Impressionism is a style characterised by thin,yet visible brush strokes where the emphasis is on the depiction of how light changes in a painting. One of the best illustrations of the impressionist style of painting is the Starry Night by Van Gogh. The view is said to be that of his window, while he was admitted to the asylum at the Saint- Paul-de- Mausole.

Vincent Van Gogh suffered from prolonged periods of delusion and mental instability, and after one ended with him severing his own ear off, he decided to voluntarily admit himself into a mental asylum. His depression continued till 1890, when on the 27th of July Vincent Van Gogh shot himself with a revolver at the age of 37. As all tragedies go, it was after his death that he attained widespread critical acclaim and commercial success. 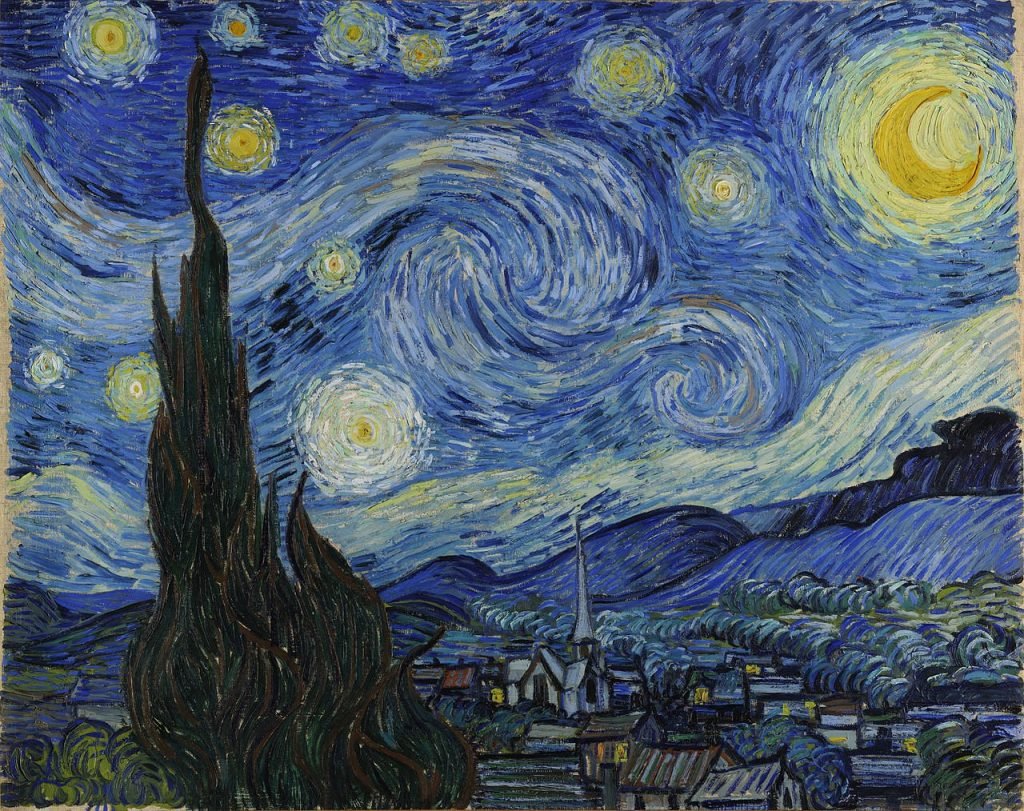 3. The Creation of Adam by Michelangelo:

As the name suggests, the Creation of Adam is a depiction from the biblical book of Genesis which shows the point where God created Adam, the first man. The speciality of the painting, however lies also in it’s location. Instead of a canvas, Michelangelo was commissioned to paint the ceiling of the Sistine Chapel in the Vatican City. 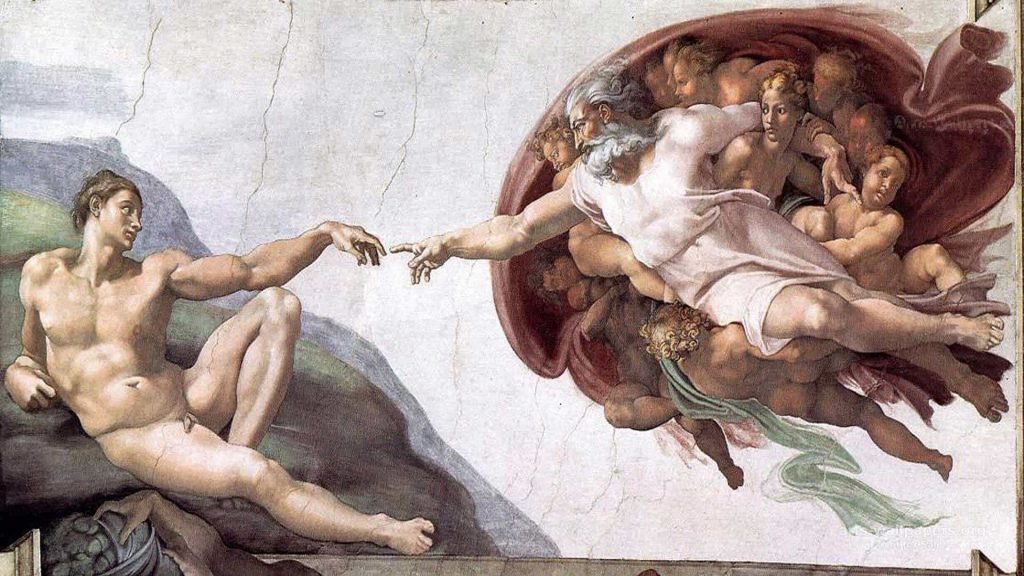 Even though it’s been subjected to various memes by The Last Supper, or the “L’ Ultima Cena” continues to be the most expensive painting in the world, valued at USD 450 million in 2017. Created by Da Vinci, the painting portrays Jesus with his twelve apostles, as it is told in the Gospel of John. Leonardo has depicted the consternation that occurred among the Twelve Disciples when Jesus announced that one of them would betray him.

5. The girl with a Pearl Earring by Johannes Vermeer:

Often referred to as “the Dutch Mona Lisa” , The girl with a Pearl Earring is an oil on canvas by Dutch painter Johannes Vermeer. The painting is a “tronie”, which refers to a common technique in Dutch Golden Age Painting, portraying an exaggerated facial expression.
In contrast, portraits generally tend to highlight the features of the subject by maintaining a subtle serenity of expression. The painting has been a subject of many recreations. Author Tracy Chevalier’s novel, “ Girl with a Pearl Earring” depicts the creation of the panting wherein the artist, Vermeer becomes close to a servant girl, and paints her while wearing his wife’s earrings. The novel was later made into a movie in 2003. 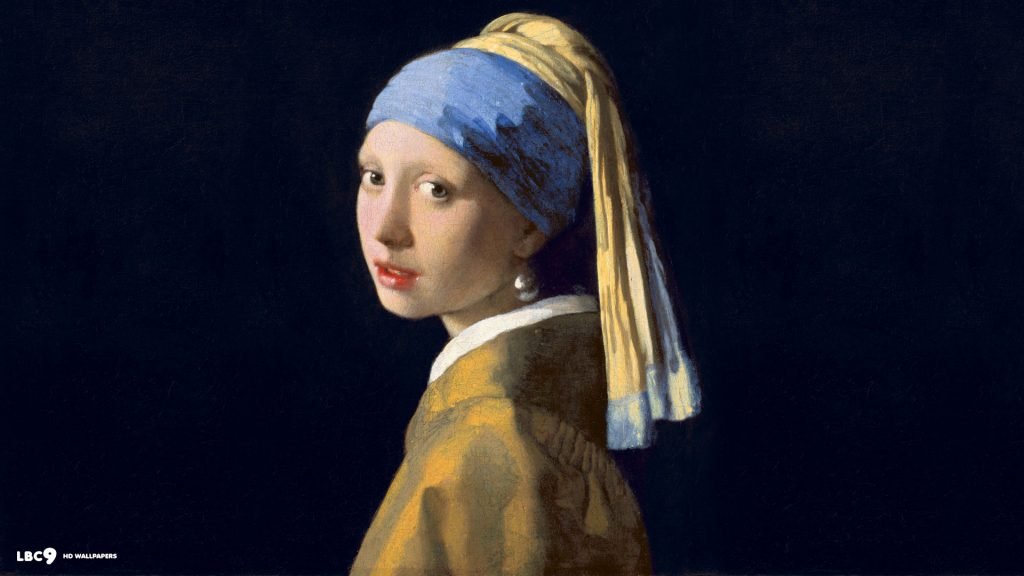 6. The Scream by Edward Munch:

From the classics, we now move a little towards the contemporaries. The series of four paintings shows a green figure with an petrified expression standing on a bridge beneath a vivid flame coloured sky.

The paintings have had quite a chequered past. During the 1994 Olympics the version in the National Gallery was stolen and recovered several months later. In 2004 gunmen took The Scream from the Munch Museum which was recovered two years later. 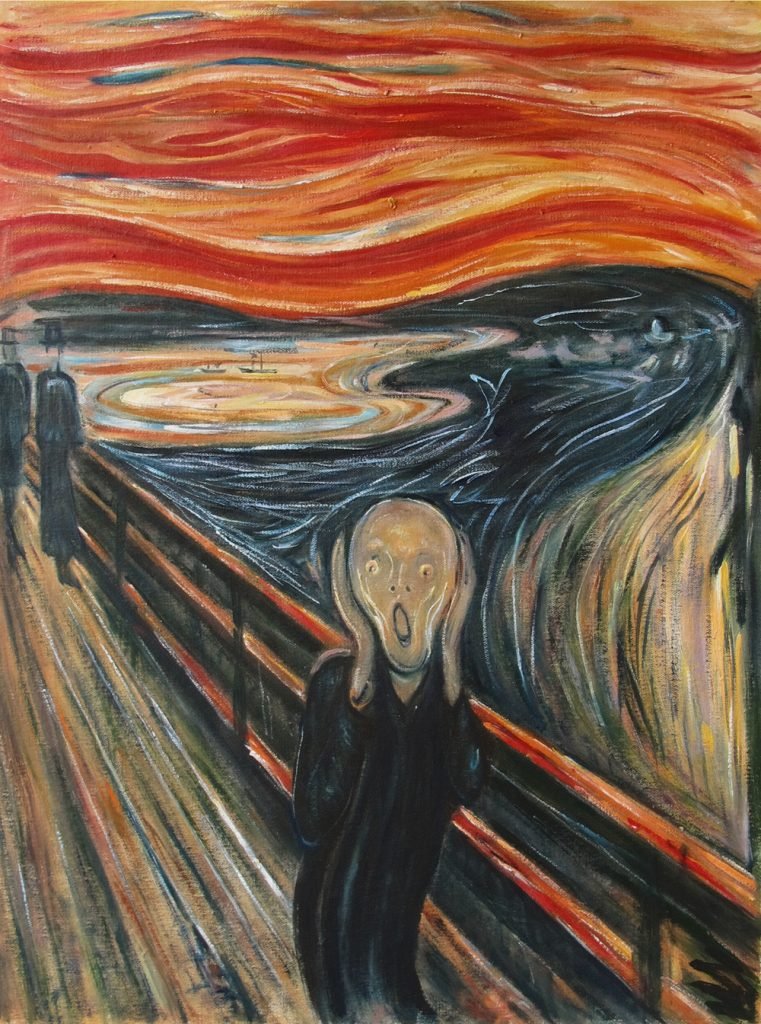 7. The Persistence of Memory by Salvador Dali:

The fluidity that you see in the painting is Dali’s signature style. Dali often chose to contrast the depiction of soft and hard surfaces. Thus, giving rise to a new style of art called “surrealism”. Said to be a depiction of the memories that Dali had of a recurring dream, the various elements in the painting were later also recreated by Dali as individual pieces detached from each other. The orange clock at the bottom left is covered in ants, which represents decay. The various clocks symbolise the passing of time as a person experiences in a dream, and many have linked the painting Albert Einstein’s theory of relativity. 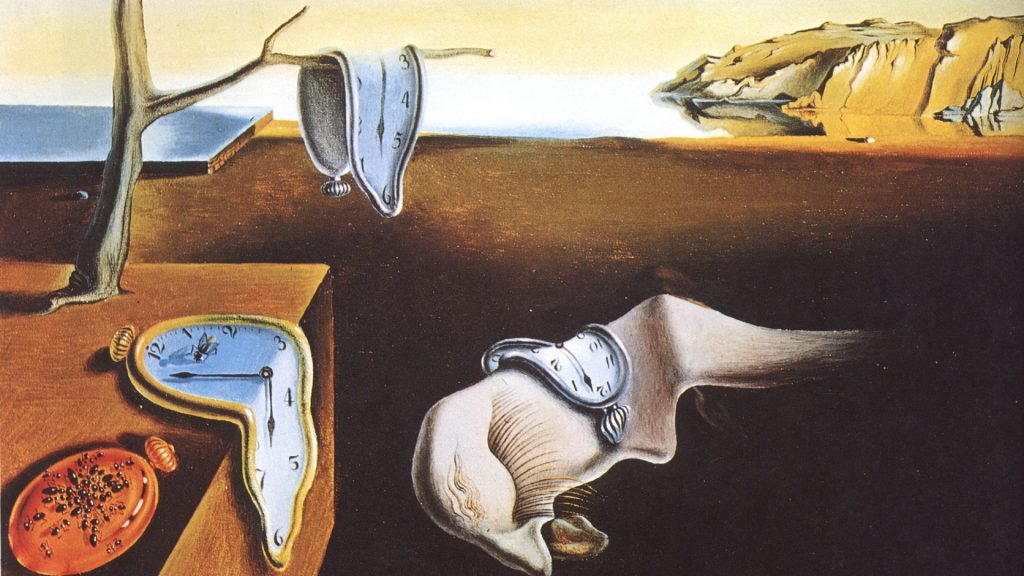 8. The Portrait of Dora Maar by Pablo Picasso:

Painted in 1941, “Dora Maar au Chat” ( Dora Maar with a cat) is a depiction of the painter’s lover of the same name. The partnership between Picasso and Maar; who was about twenty years his junior, was said to be highly artistic and intellectual. Dora was an artist. She spoke Picasso’s native Spanish, and shared his political concerns.

The painting resurfaced in 2005-06, when it was shown worldwide as a part of Sotheby’s exhibitions in London, Hong Kong and New York. In 2006 in New York, it was sold for a price of US$ 95,216,000. Thus, making it the second highest price ever paid in an auction for a painting. 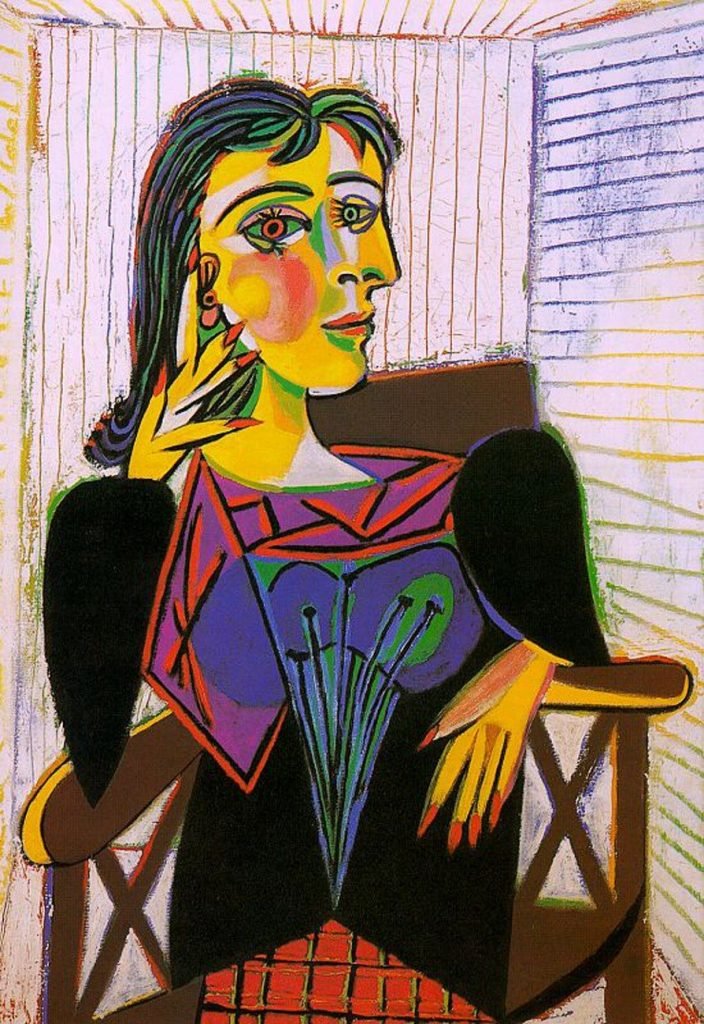 A painting that has been widely mimicked in American culture, American gothic was painted in 1930. While driving through Iowa, artist Grant Wood noticed a small wooden house built in the style of Gothic Architecture. This became the inspiration for the painting. According to Wood’s biographer, the artist “thought it to be a form of structural absurdity, to put a Gothic style window in such a flimsy frame house.” Getting his sister and dentist to pose as the inhabitants of the house in the painting, the artist even gave them matching clothes. Wood wanted to paint the house with the kind of people who would live in it.

It is a frequently parodied image. American Gothic has been used in various broadway and American television shows. 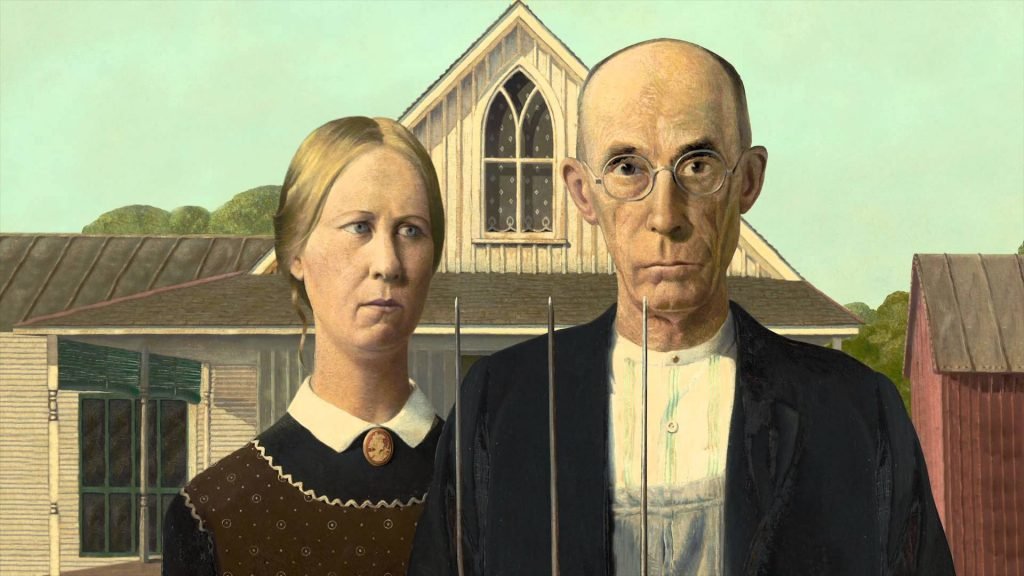 Originally titled “Arrangement in Grey and Black No.1”, the painting is colloquially known as “Whistler’s Mother”. She happens to be the subject. A property of the French State, it is exhibited in Musee d’Orsay. The painting almost got rejected by the Exhibition of the Royal Academy of Art in London in the 19th century. It was pawned by the artist, which was later acquired by a Parisian museum, where it then widely gained popularity. It was also issued as a stamp by the United States Post Office, accompanied by the slogan “in Memory and Honour of American Mothers.” However, its real popularity came when it was featured in numerous works of fiction. These works included the movie “Bean” to “Cloudy with a chance of Meatballs”, “The Fortune Cookie” and various episodes of the television show, “The Simpsons.”. 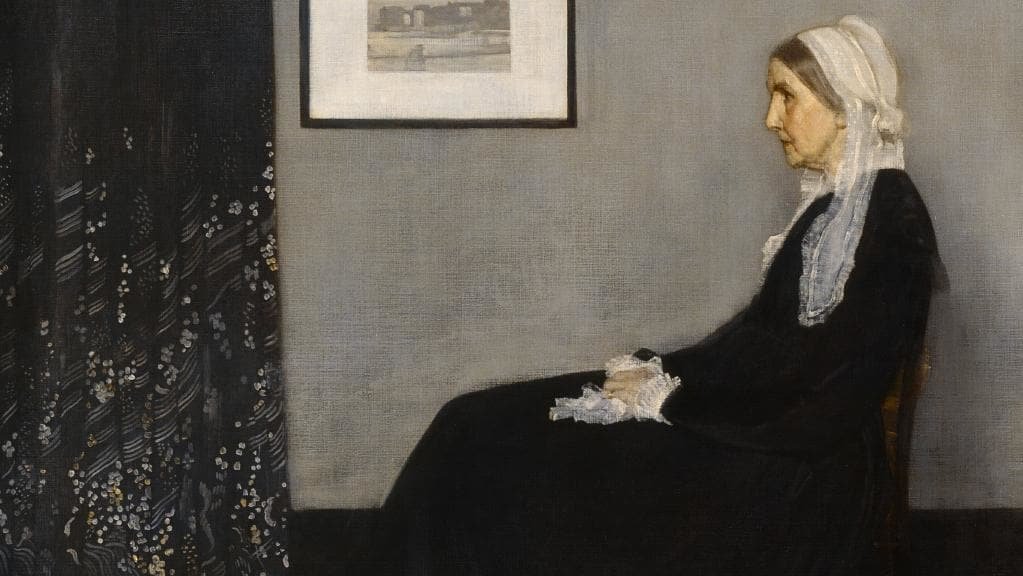 Gentlemen, the next time you want to impress a woman, try comparing her to the Mona Lisa instead of using some cheesy pick up line.