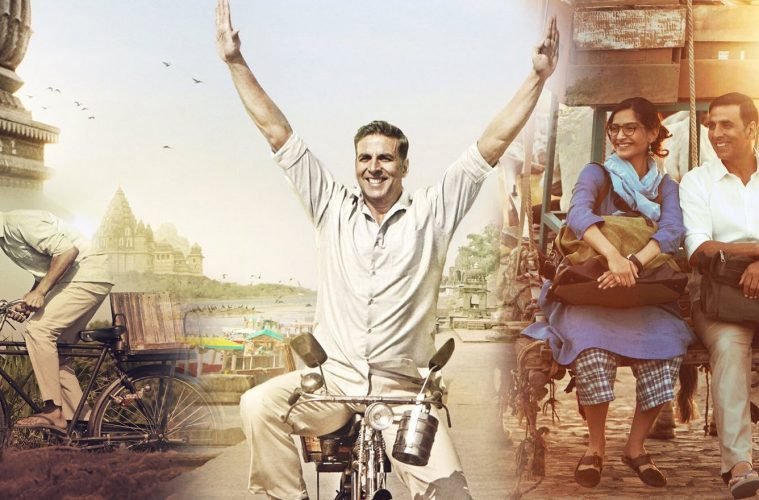 Padman Is Quintessentially A Mediocre Movie Of Recent Times

We, sadly, are going through an epidemic of mediocre films; be it Bollywood or Hollywood. If there were to be a race of all such mediocre Bollywood films today, Padman would be the winner. To make you understand my exact feelings, here’s an analogy:

And these arguments are mostly pointless. It is not because it lacks logic or a definitive point that you are trying to make but because the other person is dismissing you outright. That too on basis of a counter-argument that is very much besides the point you were making in the first place.

Has it ever happened to you? If yes, then you know exactly how it feels.

I feel exactly the same way when I engage in a conversation with people about the state of modern Bollywood films.

Now if you have watched the film or if you have seen the trailer, you might be ready with a counter argument. As to how that film is a nice film or that it talks about a very important topic. This exactly is the argument that I am talking about. 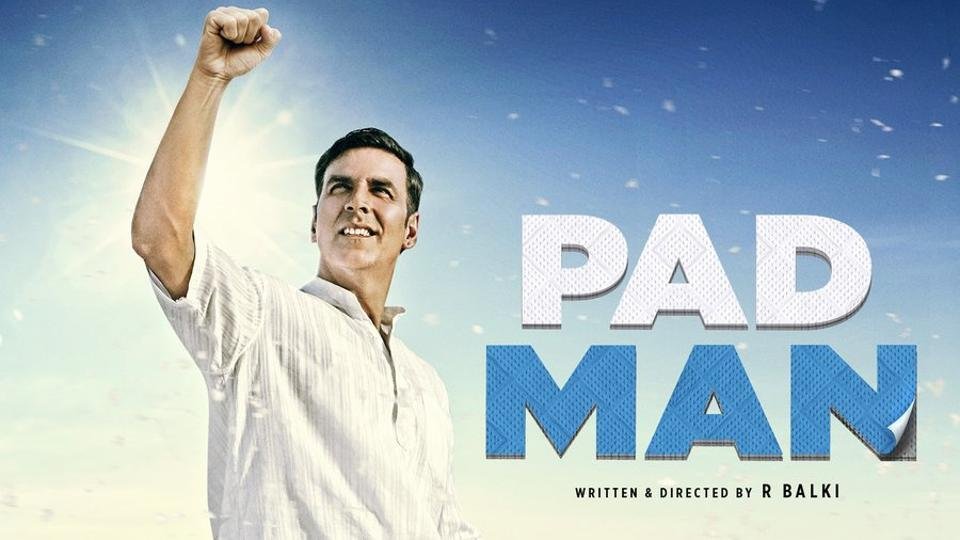 The film falters with poor delivery

I don’t care what the film talks about if the language it makes use of is haywire. You can try to sell me on the best, most humane, most socially relevant idea to have ever existed and I will not heed attention to it if you are not delivering it in the right appropriate manner because my allegiance is not to you or to the idea unless you convince me of it. If you are not able to do that then ho-hum, your bad!

My problem is not with the what Padman stands for. The idea behind the unnecessary taboo, the struggles and difficulties of the real-life superhero and how he achieved this amazing feat are all commendable things. The story is worth telling. My problem with Padman is that it is a poorly made film. A great story told poorly.

Padman and its ordinary cinematography

Now you can skip the rest of what I have to say if you don’t really care about filmmaking. The language of cinema because is exactly what makes Padman a mediocre effort.

Alfred Hitchcock (and I know this is where you are going to lose your shit and think ‘oh wow, now he’s quoting Hitchcock for a Bollywood film. What a retard’), once said towards the latter half of his career that he doesn’t see movies being made anymore and all that people make nowadays are nothing more than moving images.

Films are not just moving images. They are a medium that depends not only on the image and sound but also how the image is composed. How the camera moves, how the light affects the mood and emotion, how the scene is blocked, how the geometry of the frame plays out and so on and so forth. And if you are not adhering to any of this then what is the point? 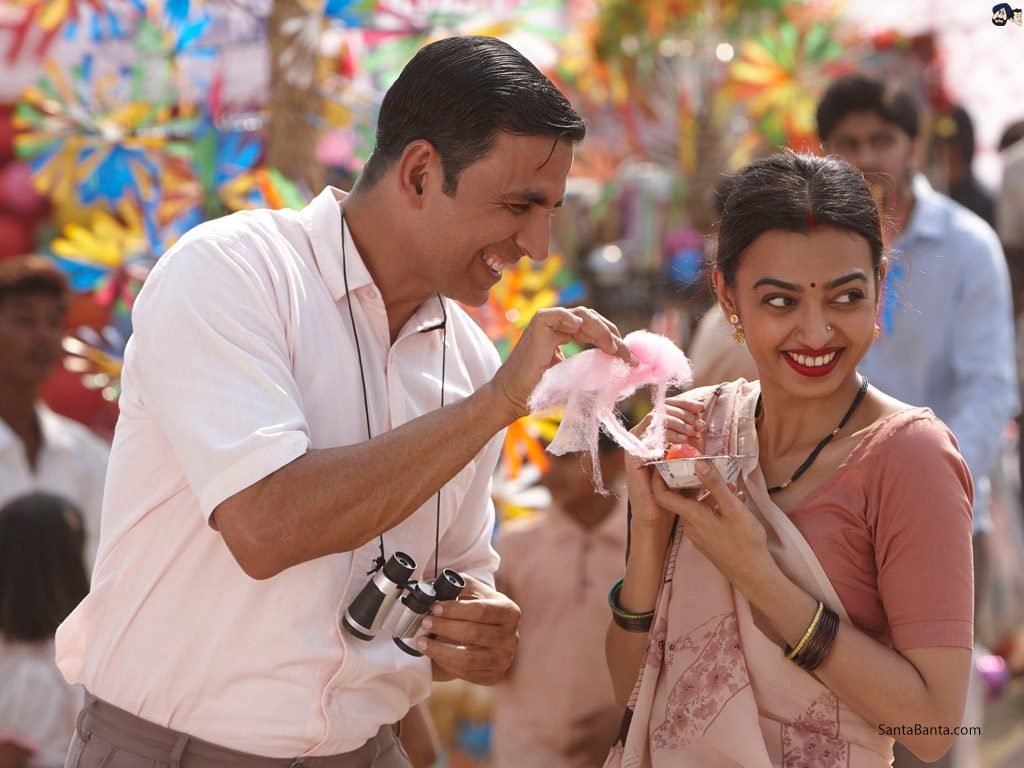 Balki’s failure as a director

If you are an R Balki fan and want to take me up on my claims then let me just go ahead and give you one minor example. There is a scene in Padman where five girls who study in a medical college are having a conversation about whether they should try the pad provided by Laxmi (the character played by Akshay Kumar).

Now the way this scene is blocked, you see the five girls standing in a line inside a ladies toilet. They just stand there having a conversation. There is no camera movement. There is no pan, zoom, tilt or slide. Just an exchange of dialogue among the ladies and the scene ends.

If you were to give the spec script of the film to any amateur, he/she would shoot the exact same scene. Maybe even using a multi-camera setup given the space available. The scene plays out as a scene straight out of a theatre drama. What is more saddening is that the scene might as well be played out in a coffee shop and it won’t matter. Balki never uses the surrounding to his advantage.

It does not make use of the flow of dialogue to maybe create a scene where you follow one character who is navigating through the other characters. Or just a simple pan shot showcasing the girls making use of the mirrors, wash basin and whatnot. I mean, sure, this was an artistic decision and the director gets to choose the tools in his craft.

And it is not just the cinematography, I mean. The cinematography seems inspired by Tarak Mehta Ka Ulta Chasma with a lot of useless shots juxtaposed with each other. The writing work is not exemplary as well. Scenes that should sink in are moved on in a hurry without letting them play out in full. When Laxmi is served with the divorce or when Pari (the character played by Sonam Kapoor) leaves her job offer to come help Laxmi, the scenes could have had much potent impact but the scenes were never really allowed to sink in. 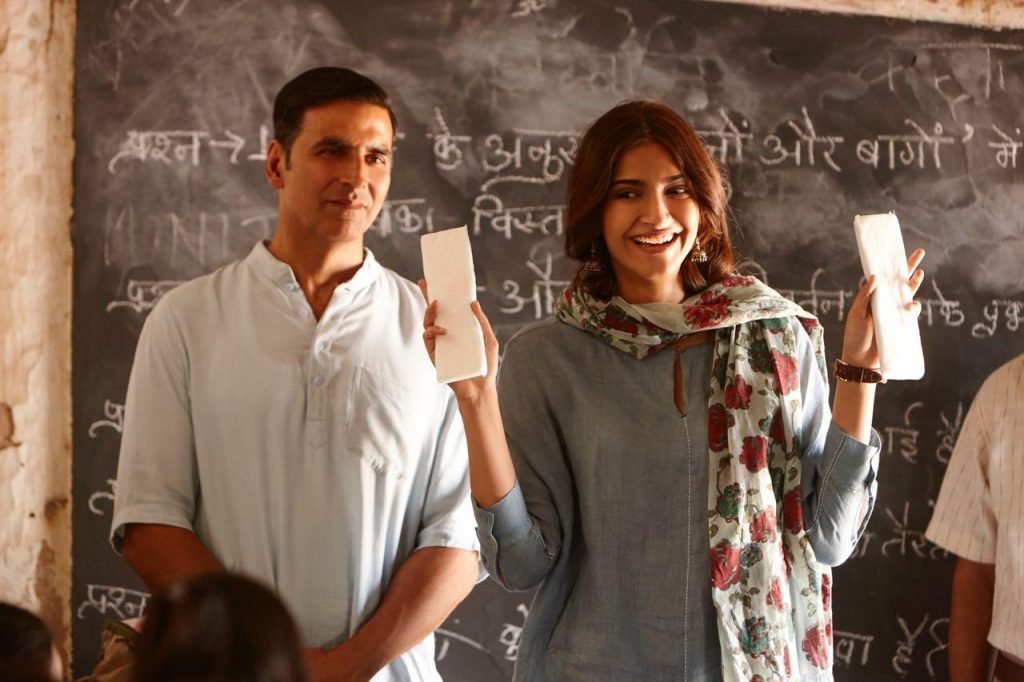 What makes it not a bad film

I must say though, I have never said that Padman is a bad movie. It is mediocre but not bad. Balki knows and makes use of enough screenwriting tropes to weave an intriguing tale. He not only uses but overuses the technique of hook and reveal multiple times throughout the film.

Shouting ‘Har Narmade’ while riding his bicycle along the banks of the river, saying ‘Hi’ to the young neighbour girl, asking money from his butcher friend – and many more such hooks later come full circle in the film in a fulfilling way. This single trope is used extensively.

Akshay Kumar and Radhika Apte do a wonderful job. Sonam Kapoor is just there for no good reason (I meant in Bollywood. In the film she plays an important role but she does so not in a very compelling way with a redundant love sidetrack to the main story).

The ignorance and dismissive nature of the people regarding menstrual hygiene is the biggest peril in the life of Padman. But even against that, Padman struggles to fight against and achieves what he sets out to.

Balki, on the other hand, submits to the dismissive nature of the audience. He believes them to be completely at the end of their wits. Swanand Kirkire along with Balki write repetitive dialogues in such as way that the dialogue is in both Hindi and English.

This is done either because the writers believe that their audience is not capable enough to understand the language or because they want to cater to a larger audience. Either way, one must not compromise the integrity of the film and lose out on the craft just so as to reach a wider audience.

There exists a certain responsibility that a filmmaker has towards the craft of filmmaking. They must then fulfil that to the best of their ability. With the huge investment going into the feature film with an over the top Starcast, Padman should have been a better-crafted movie than it actually is. It is the quintessential mediocre Bollywood film. Everything about that film oozes out mediocrity.

No one gets to have the license to cheat on cinematic grammar just because they are making a film about a socially relevant topic. No one should get brownie points as a filmmaker for making a mediocre film.

If you still have the will to tell me that Padman is a ‘nice’ movie because it is socially awakening or some shit like that, then let me tell you what people say to each other at the end of their, once cute, relationship, arguing about ‘little things’.