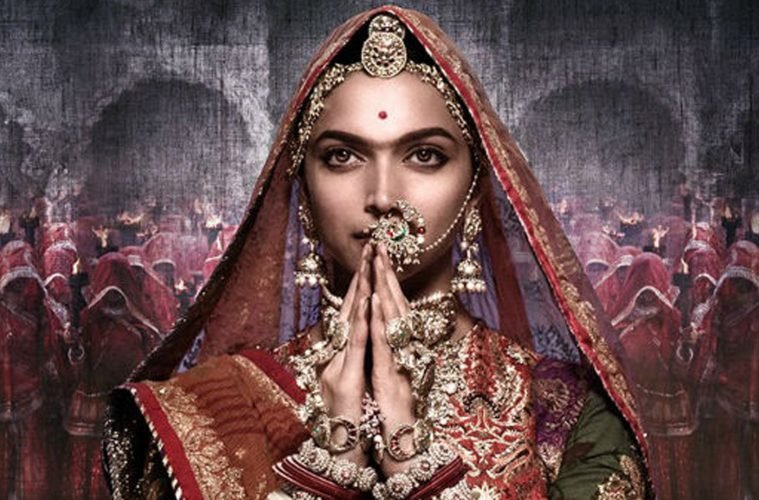 Padmaavat: A Victim Of False Honour And Pride?

Sanjay Leela Bhansali’s magnum opus, Padmaavat, renamed as “Padmaavat” (the I has now been removed) has already had a pretty chequered career. Both the director and the lead actor have received fatwas of various kinds. The sets of the movie have been vandalized more than once. A cash prize of five crores was to be awarded to anyone who would cut Deepika Padukone’s nose. The release of the movie was stalled nationwide, thanks to rampant protests by the Rajasthan Karni Sena.

As of January 9th, 2018, Chief Minister of Rajasthan, Vasundara Raje instructed the movie to be banned all throughout Rajasthan.

Like every legend in history the story of Rani Padmini the brave, is part truth, part myth. That there existed a queen of Chittor (a Rajputana Province in the present state of Rajasthan) named Padmini is generally undisputed. She along with many other Rajput women preferred to fearlessly jump into the funeral pyre, the “Jauhar Kund” when faced by an enemy.

Then came 1540 and Persian poet Malik Mohammad Jayasi. He wrote “Padmavat” an epic poem about Padmavati, wife of King Ratansen of Chittor, famed for her beauty. An angered poet, having banished from Ratansen’s kingdom flees to Delhi. He sings praises of Padmavati’s beauty to Alauddin Khalji. Khalji falls in love with Padmavati after catching a glimpse of her in a reflection. 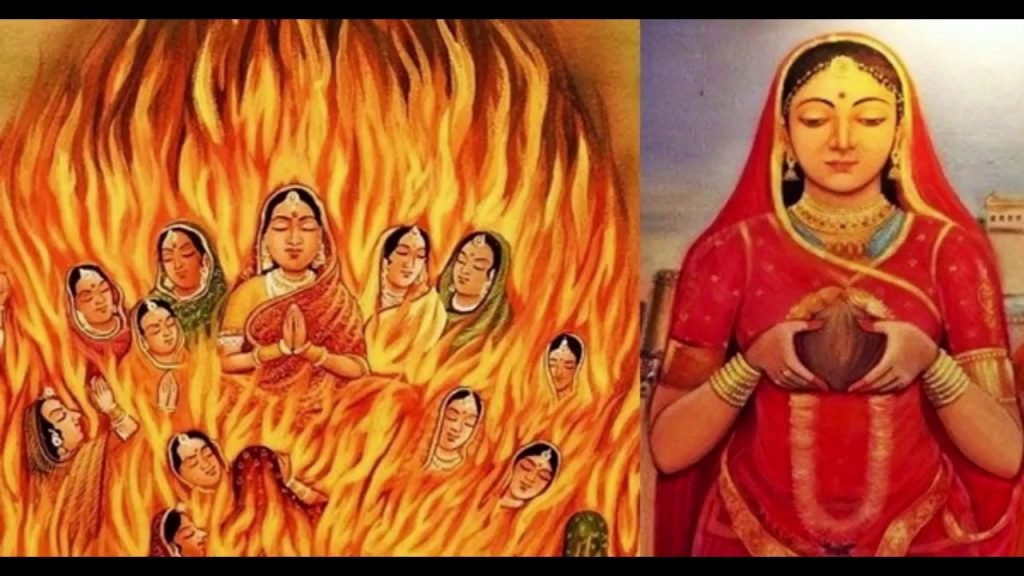 Khilji lays siege to Chittor, capturing Ratansen. Even though Ratansen is rescued, he dies later in a battle with Khalji. Padmavati, along with hundreds of other Rajput women chose to die than risk their honour.

Nevertheless, the fact that this is a fictional creation and should remain so. Much like movies made about the Helen of Troy, or about King Arthur.

Of Sense and Hurt Sensibilities

What is about this movie that irked a wide range of people- may it then be hooligans, royals or even chief ministers of state?.

According to Princess Diya Kumari of Jaipur, Rani Padmini of Chittorgarh is a historical figure and the Rajputs revere her. To show her dancing in public (the Ghoomar Song) is something that is deeply insulting to the Rajputana sensibilities. Royal women did not dance in public, period.

Add to that the rumoured dream sequence wherein Alaudin Khalji romances Rani Padmavati and the offence, ladies and gentlemen, is complete. (Hold your horses on the dream sequence, though. We shall come back to it shortly.) The Rajasthan Karni Sena refuses to let its queen and her heroic act be romanticised in a movie. 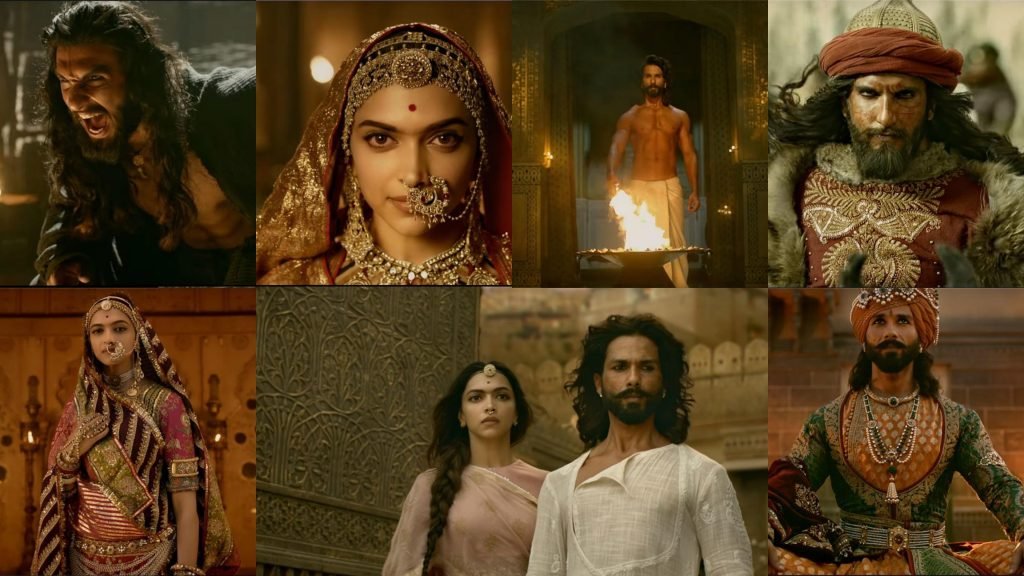 Yes, we know. “Freedom of Speech and Expression”. But is anything justified in the name of fundamental rights? Isn’t damaging property also a way of voicing your opinion? What about history and culture and Bharatiya Sabhyata?

-gives to every citizen the right to freedom of speech and expression, but

– “Nothing in subclause (a) of clause ( 1 ) shall affect the operation of any existing law, or prevent the State from making any law, in so far as such law imposes reasonable restrictions on the exercise of the right conferred by the said sub-clause in the interests of the sovereignty and integrity of India, the security of the State, friendly relations with foreign States, public order, decency or morality or in relation to contempt of court, defamation or incitement to an offence”.

There it is, then. Public order, decency and morality.

For somehow, watching a lady clad in traditional Rajasthani clothes, dancing is against decency and morality. Director Sanjay Leela Bhansali has gone on record to state manifestly that there is absolutely no dream sequence between Padmavati and Alauddin Khilji in the movie. In this video ,

Bhansali states clearly that the movie portrays a fiction story and yet does not hurt the sentiments of the Rajput clan.

And in no way has any kind of content that might insult the honour of Rani Padmavati in any way possible.

The State imposed reasonable restrictions through the process of law. The makers of the Constitution took special care to differentiate part III (containing the Fundamental Rights) of the constitution. According to Article 13 any law inconsistent with Part III of the Constitution becomes void. The State shall not make any laws that take away or abridge the effect of any fundamental right of an individual.

The Censor Board ordered 17 cuts on the movie. In short, the statutory authority has already done its job.

The Constitution appoints the Chief Minister of any state under Article 164. Let’s take a moment and look at the oath:

“I, (Name of Minister), do swear in the name of God/solemnly affirm that I will bear true faith and allegiance to the Constitution of India as by law established, that I will uphold the sovereignty and integrity of India, that I will faithfully and conscientiously discharge my duties as a Minister for the State of and that I will do right to all manner of people in accordance with the Constitution and the law without fear or favour, affection or ill-will.”

The Chief Minister of the state is the de facto equivalent of the Prime Minister of a country- tasked with the discharge of their constitutional duty of safeguarding fundamental rights and looking after the smooth functioning of the legal machinery in the state. 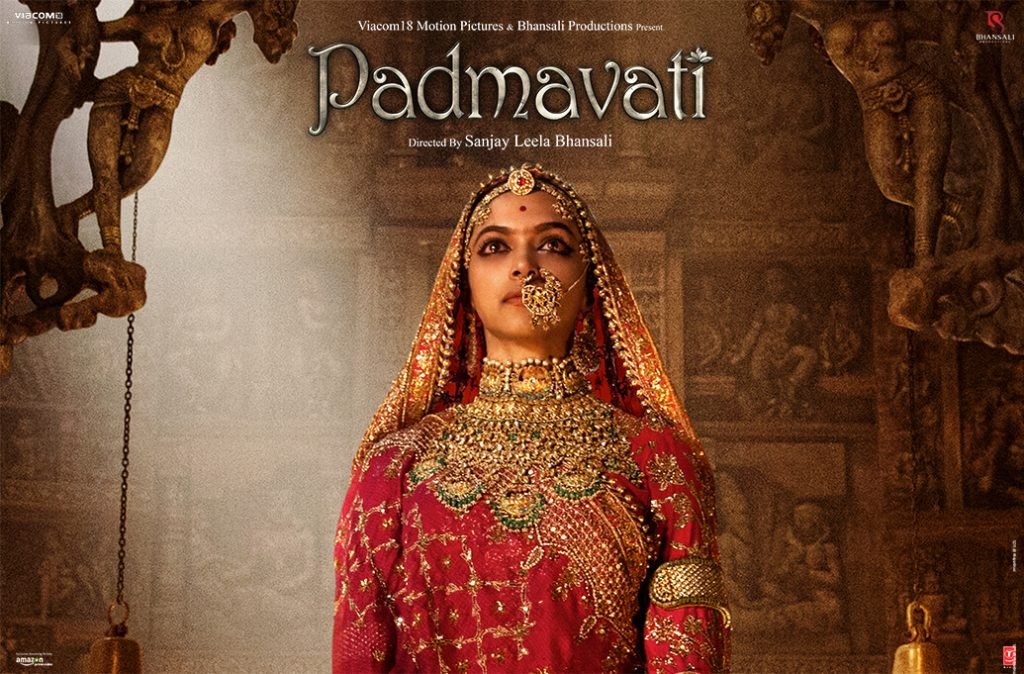 Masses of Rajasthan, anyone?

On Monday, the 9th of January 2018, Ms. Raje announced that Padmavat will not be screened in any movie hall in Rajasthan, “respecting the sentiments of the people of the state.”

Ms Raje, in banning the screening of a certified movie throughout the state, speaks not only for herself. However, she sends a message loud and clear to the entire country. The whims of a few miscreants who have zero knowledge of history have held the Constitution subservient. This, indeed, is a very dangerous precedent to set.

Every person in the country has the freedom to choose. Moreover, the foremost principle of Natural Justice is Audi Alteram Partem- everyone has the right to a fair hearing. In the present case, that fair hearing would have been accorded to Padmavat through  its screening. Whether the general population of Rajasthan wanted to watch the movie or not, should have been something that would be decided by the number of people present in the movie halls for its screening, and their views subsequent to watching it. That should have been the test.

The only force more ruthless and cynical than the business of big politics is the politics of big business.