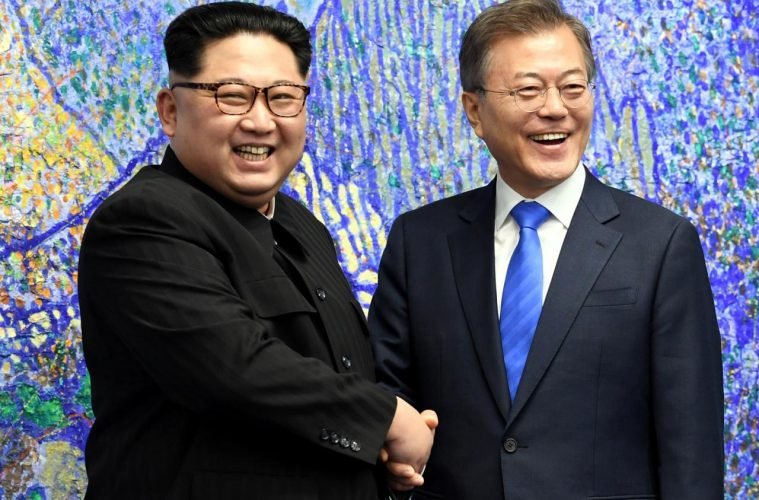 There were an unusual din and sounds of uproarious laughter at an equally unusual place. The world’s most heavily fortified border in the world was witnessing history. The Demilitarized Zone (DMZ) has divided the Korean peninsula for 65 years. On 27th April 2018, The Panmunjom declaration was made by Kim Jong-Un, the Chairman, State Affairs Commission, Democratic People’s Republic of Korea and Moon Jae-In, President, Republic of Korea. This declaration has changed the entire geopolitical reality of the Korean Peninsula. 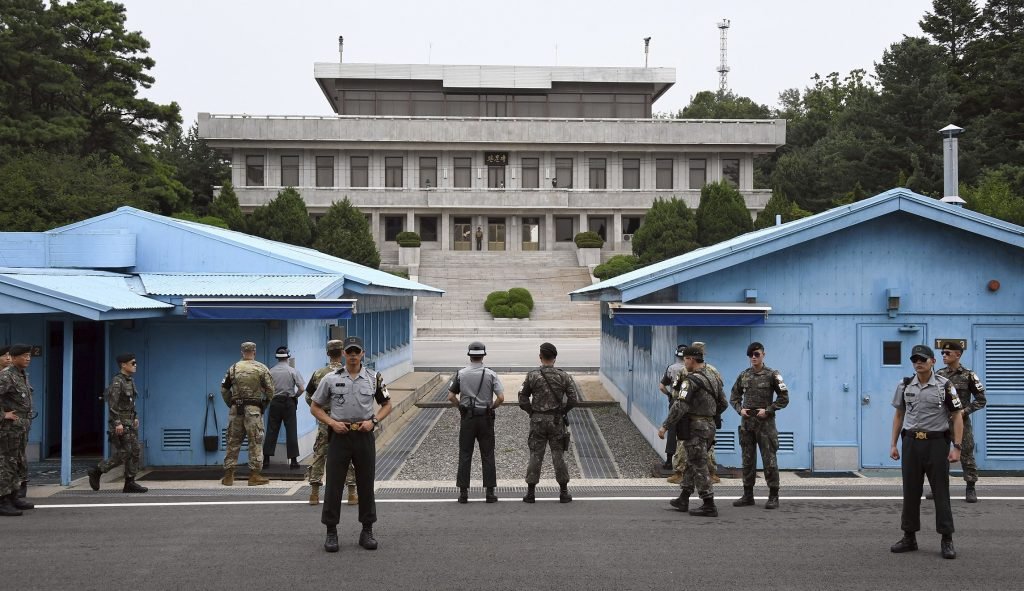 On the 65th anniversary of the end of the Korean War, it was a time of sombre reflection for all sided. As I had mentioned before, in my article about the proposal of Donald Trump, President of The USA, and Kim, to meet, this is one of the longest-running conflicts in human history. With no peace treaty signed, explosive nuclear brinkmanship, Korea was on the verge of warfare. Panmunjom has changed that to quite an extent.

The conference started with a groundbreaking and informal ceremony where Kim with Moon symbolically crossed into South Korea. He was the first North Korean leader to ever do that. When asked by Moon as to when shall he visit the North, Kim grabbed hold of Moon and crossed back into North Korea. This extraordinary moment preceded an equally extraordinary conference that was concluded later that day. 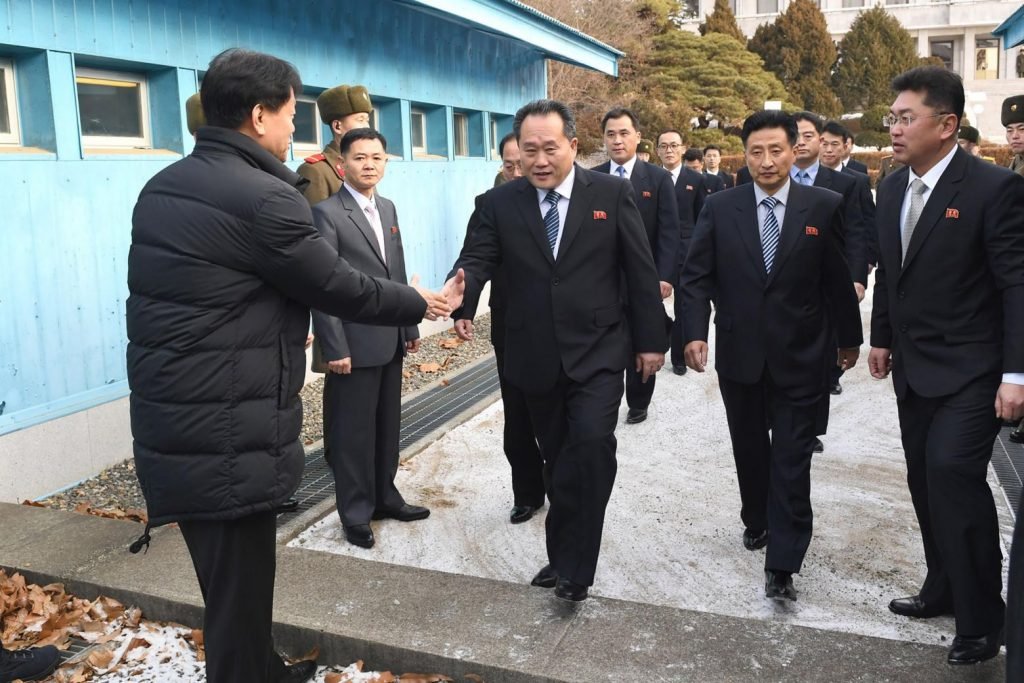 The bonhomie that was seen in the beginning was largely present in the declaration text. Firstly, it deals with the issues of blood relations and the families separated all those years ago in the carnage of a war that tore a country asunder. Declarations state that watershed agreements between the two nations will be honoured. Establishment of a joint liaison office for housing representatives from both sides in Kaesong region got a mention. Joint participation in international events and meeting and fostering of closer relations between the Koreas’ people will be actively pursued.

Then, the touchy issue of the militarization of the Korean peninsula was dealt with cautiously. It was pledged that there would be removal of nuclear weapons from Korea. This interestingly meant both North Korean nukes and the American nuclear arsenal positioned in the South with about 28,500 US troops.

This unilateral position of the Korea will definitely ruffle the feathers of the hawks sitting in American politics, especially the new NSA, John Bolton. As his only answer for any of US’s foreign policy challenges is military. An ardent supporter of the Iraqi invasion, and calls for US intervention in Syria. One can expect that Bolton will push for increased placement of troops, aircraft and other military assets in the Korean peninsula. This, in order to fill in the perceived gap in the US Forces Korea to coordinate a coherent invasion and control operation of North Korea, ignoring entirely capable and massive ROK Military forces.

China’s picture in this scoop 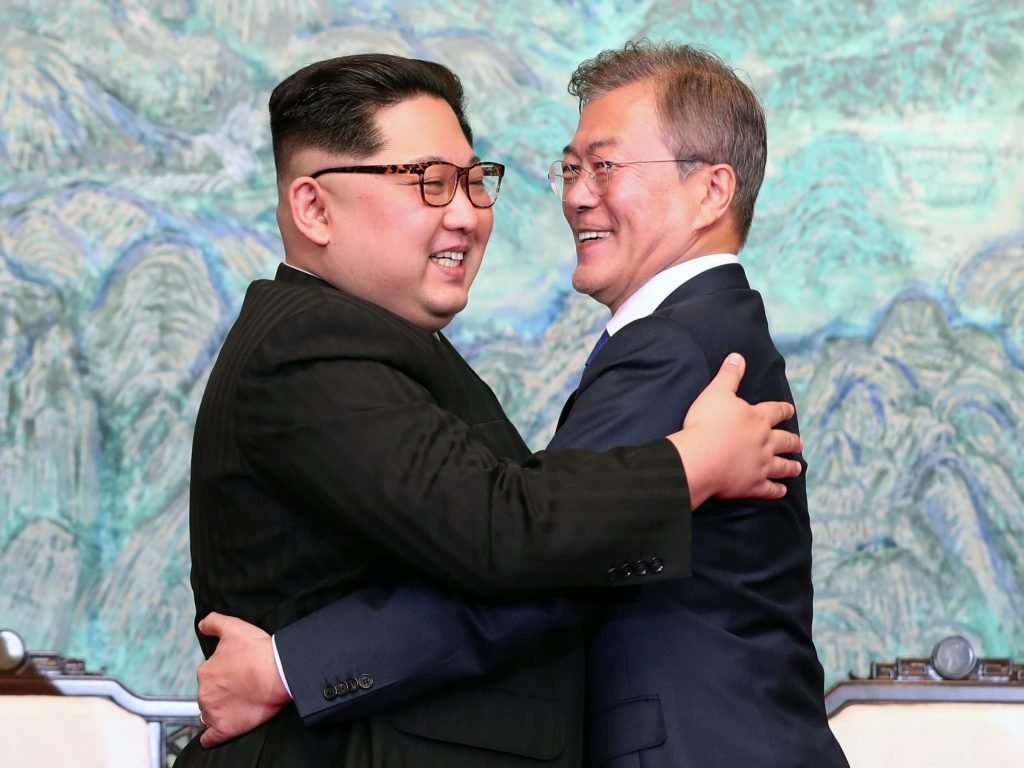 The unilateral stance of this peace treaty is sure to bother another belligerent of the Korean War. China. Kim and Xi meet recently in Beijing in a very secret meeting. Speculations abound, but it seems the visit was nothing short of a rebuke from Xi to remind Kim that who is the real boss. As Kim’s armoured luxury train rolled into Pyongyang, the cogs of the Panmunjom declaration were already in place.

It seems to placate these concerns on the part of the great powers. Another clause got a prominent mention in the agreements. It left a provision of a trilateral conference or even a quadrilateral conference. To finally make sure that a conclusive peace treaty negotiation can put an end to the active war situation along the DMZ. This will be a major de-escalation step in terms of reducing the relative tensions between the two countries. Also, effectively eliminating a potential World War III hotspot from this world.

Another important mention in these agreements was the conversion of the 250 km long DMZ into a peace zone. There will be gradual cutback and finally, complete removal of the massive military presence presently there. This will reduce the risk of accidental escalations and risk of brinkmanship on both sides. Furthermore, distribution of pamphlets, propaganda news pieces and loud music is under the ban. In addition, the Northern Limit Line will turn into a Maritime Peace Zone with equal access to both the parties. 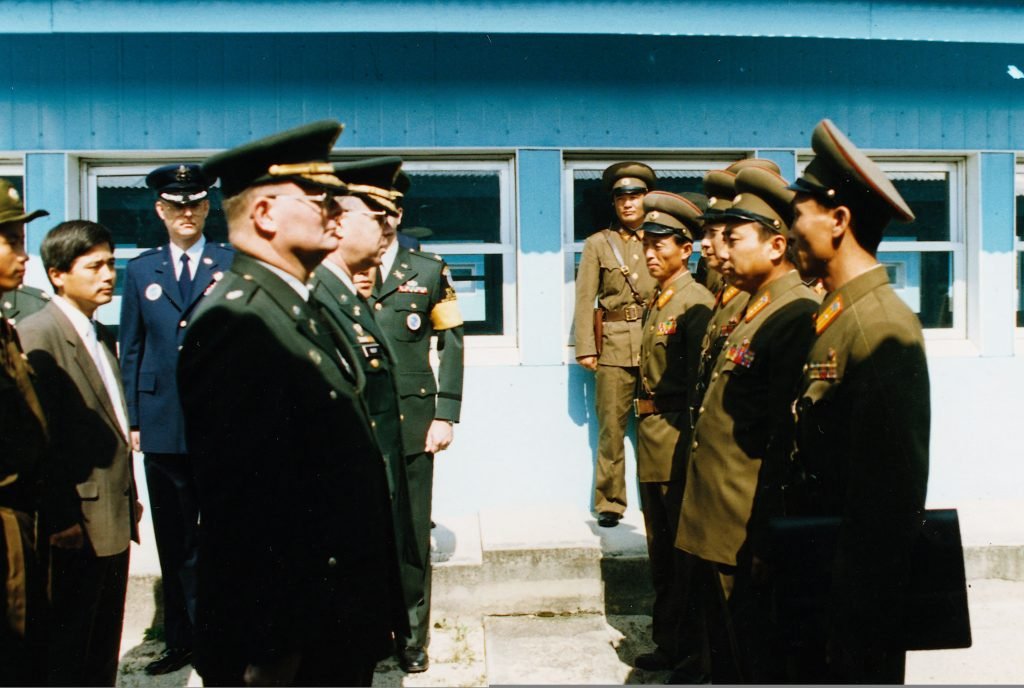 All in all, this treaty seems to be a major step back from the near state of war. The war that there was in the Korean peninsula at the beginning of 2018. A lot of issues still remain unresolved. The most major concern is that although the treaty calls for the denuclearisation of the Koreas, it fails to substantiate any steps, procedures or timeline in order to do so. Furthermore, it fails to mention the American stockpile present on the South Korean soil which North Korea considers provocative.

Another fallback of this declaration- it talks emotionally about the aspiration and unity between the people of both Koreas. But it does not mention any measure to check and arrest the widespread and brutal human rights violations. Concentration camps, public executions, widespread starvation and famine and absolutely no concept of human rights make this a deal with the devil.

Alas, keeping these concerns alive may be necessary but not productive at the moment. As long as Kim is ready to talk, and not nuke Seoul in rage, it seems all well.

One day, Korea shall unite. Hangul and Hanja will finally be merged. A war that consumed an entire generation of Koreans will finally come to an end.