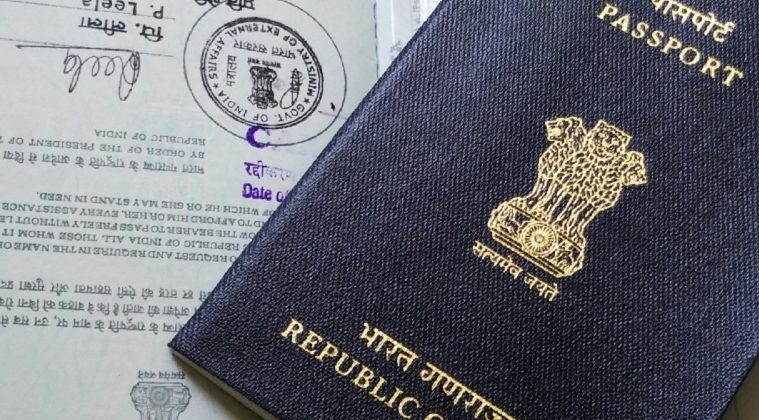 Passport Drama: Jumping Guns Without Knowing All Angles Is Becoming A Habit

A huge outrage broke out recently, when a passport office personnel apparently harassed an inter-faith couple. As per the officer he had followed the regulations and there was no wrongdoing on his part. But, these days we like to blow matters out of proportion. No due diligence seems necessary when announcing someone guilty. Especially, if it suits a particular agenda. Why care for truth, when half-baked information can work just fine?

@SushmaSwaraj Ma’am I never ever imagined that in a place like passport office we would have a people who are moral policing the citizens. He dint just put my passport on hold he even put my husband’s @5220manas passport on hold. This is clear grudge. I was shocked at this 1/2

She felt that she was facing a case of moral policing. Following the incident, she tweeted her side of the story in heartfelt Tweets to External Affairs Minister Sushma Swaraj. In the series of tweets, she also claimed that her husband Anas Sidiqui was asked to convert to Hinduism. Taking cognizance of the matter, Sushma Swaraj currently in Brussels sought information on the incident from the Lucknow Passport office.

The problem was resolved and the couple got their passports within 24 hours. Regional passport officer stated that a show cause notice was issued to the officer and he was transferred with immediate effect.  He also added that a report was also sent to EAM for further action.

A certain section of media wasted no time in blaming the officer. Adding fuel to the fire, some politicians even blamed the BJP for creating such an atmosphere in the country. However, the officer’s account of the incident is equally important. It appears the officer Vikas Mishra was only doing his duty when he objected to certain documents.

Firstly, there is no relation between religion and passport. Secondly, a Nikahnaama is not mandatory to get a passport. The problem surfaced when the officer noticed discrepancies in the name mentioned on the Nikaahnaama. The named mentioned was Shadia Anas, while she wanted the passport in her maiden name.

The officer asked for additional proof to verify the name. It is the duty of the officer to acknowledge the documents presented to him which in this case also included Nikaahnaama with a different name than other documents. The officer requested the concerned person to endorse the other name on the passport which they refused.

The said officer also reported the matter to the superiors and made note of alleged threats by the couple. He also denied making any comments on the religion of the couple. Anyone obtaining a passport by changing name could be the question of national security. So why is this aspect not in coming to light?

While the couple claimed discrimination, the officer stated that he was merely doing his duty. It is no hidden fact that all documents should be in place to get a passport. Discrepancies in personal details are serious from a security stand point. Thus, many among us have gone through delays while getting a passport. Frankly, this case seems like a simple case of requirement of the additional documents, but then lost context.

The story on both accounts is completely different and rather than waiting for the truth, a section of media and politicians have already started working on their agenda. Interestingly, the officer has received a lot of support on social media with many users sharing their own ordeal of a name change. So was this due to religion or was a simple government procedure? We would like to wait until an official report is out before blaming anyone. Also, how quickly can one get a passport under Tatkal?

What wrong did Passport official, Vikas Mishra, do by asking Tanvi Seth who became Shadia Anas to marry a Muslim man, to endorse her real name? When her nikahnama states her new name, why should she use two identities? Why Hindu identity on passport when she is actually a Muslim?

@tanvianas Hi, could you lease clarify: 1. did you specify in your passport application whether you are married?

2. Did you get your husband's name included in your passport?

3. If yes, did you submit your marriage certificate?

4. If yes, what is your name on marriage certi?

Passport officer mishra acted in national interest and in lines of securing national security.. why do u want a passport with hindu name when u have other documents mentioning you are a Muslim…. Big question needs probe

This is the power of ecosystem, harass a Passport officer for following rules, so that none question “Secular” people or their demands.

Unfortunate that This Ministry jumps gun & punished without full enquiry.

If same Shadia Anas goes & blows something or commits jihad, the system will be questioned as to how she got #passport. She got it because MEA in its overzealousness became spineless to accommodate wrong documents. https://t.co/RIusyl0wJc

When the name on your passport doesn't match with the other documents you have submitted, doesn't the authority have the right to question the same?? #VikasMishra #ShadiaAnas