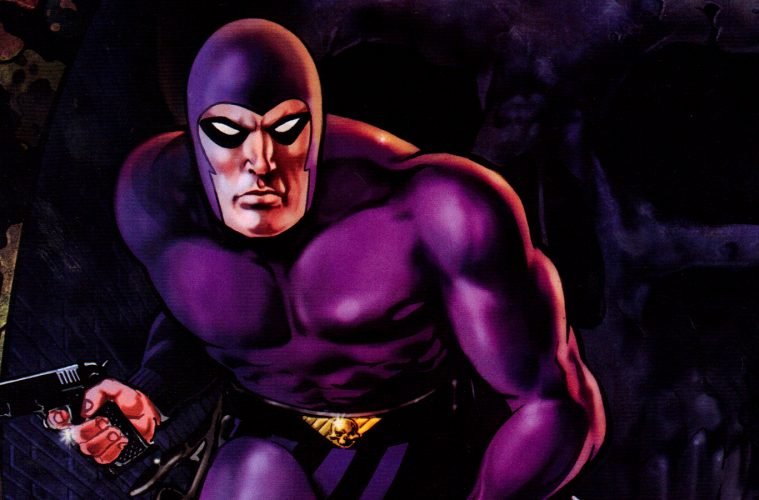 Phantom: The First Superhero To Grace The Comic Bookshelves

So, who do you think was the first superhero?

It wouldn’t be wrong to say Superman. It wouldn’t. Superman was introduced way back in 1939 and has been a standing representation of everything that comic book superheroes are or are supposed to be. But, really, is he the first superhero to ever grace comic bookshelves?

I would say, no. Phantom was the first superhero ever!

Before Man of Steel, there were many characters who served the purpose of the term ‘superhero’, as far as anyone was concerned. These characters weren’t really super-powered beings and they didn’t even have costumes. But they fit all other criteria; like damsels to save, sidekicks to train, villains to defeat and legends surrounding their names. Some were vigilantes, some just went by their name, but they were, in all sense of the word, superheroes.

There are too many names if you start doing even a little amount of research. John Carter is a good example, the man from Mars himself. Then there was Tarzan, whom almost everyone knows about. One may consider Zorro and Mandrake as well, names familiar to us all.

So many of these characters resonate even today; their pulp fiction-like charm and fun, swashbuckling nature becoming standard features to be found in comics even today. The Green Hornet, Conan the Barbarian, Lone Ranger – the list goes on and on. So to suffice, superheroes weren’t a concept unheard of until Superman. 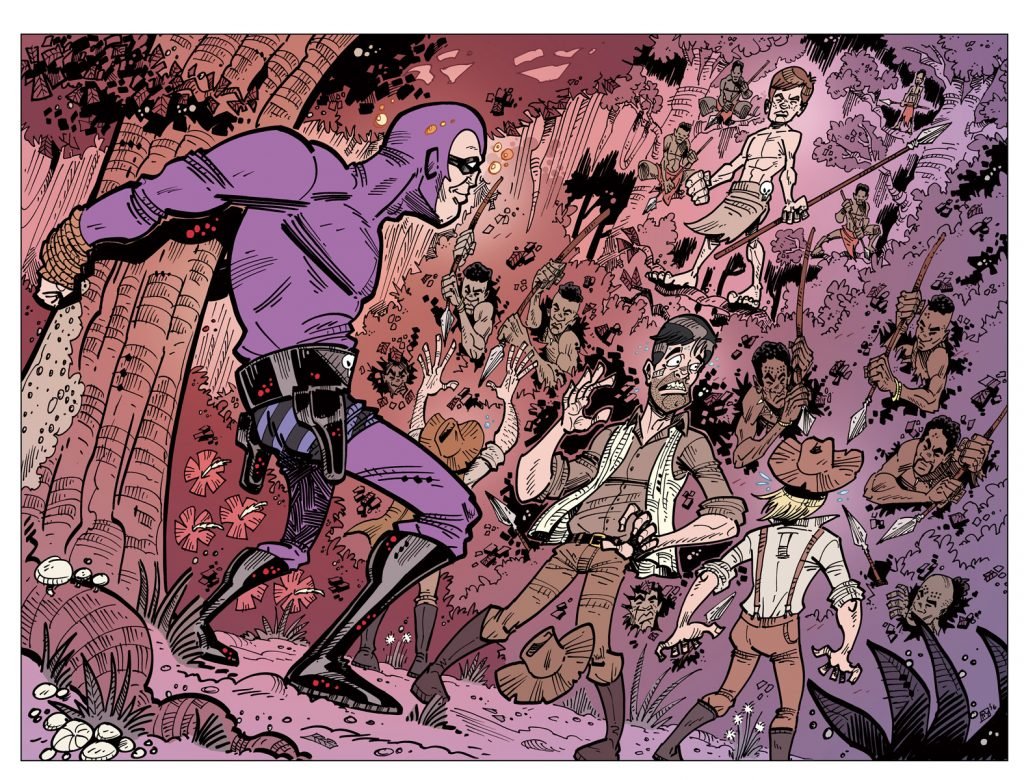 Why place emphasis on a character that definitely wasn’t the first superhero? Why mark his appearance as the beginning of the modern superhero? Surely Superman deserves that much.

Many purists, including myself, beg to differ. While Superman was responsible for bringing American values to the superhero genre, it was Phantom who laid the foundation for it. Small little staples, such as the whitening of eyes when the mask is on, or the costume itself – these were introduced by the Phantom. And let’s not forget, earliest incarnations of the character also have a very common superhero signature i.e. trunks worn outside. Haha, that’s right. Phantom did it first.

Origin of the character

Time for some background, now. Lee Falk is the person who created this character, way back in the 1930s. He was responsible for the creation of Mandrake the Magician as well. Because of which the company King Features Syndicate asked him to create a new comic series. His initial idea was along the lines of King Arthur and his knights but that was rejected. Hence, the fires of imagination were stoked and The Phantom was born in the year 1936.

The comic began simply as a daily strip that was published on February 17, 1936. That’ is right, it has been eighty years since it was published and if that doesn’t tell you something about the character then I don’t know what does. A few years later, it was added to a Sunday strip for a newspaper and the strip continued to be published in similar fashion till the year 1949. 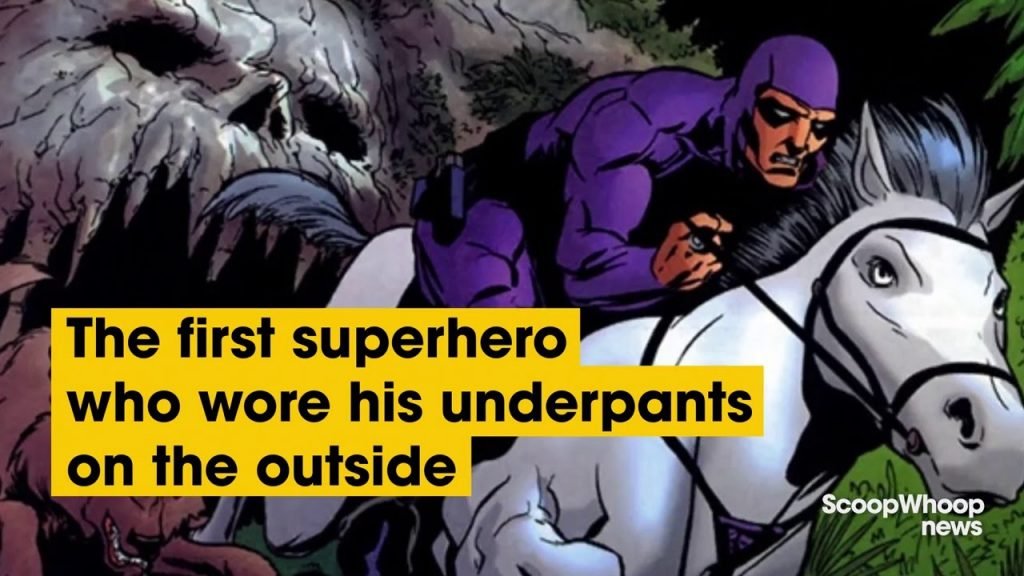 It was initially drawn by Falk himself, for a couple of weeks, but after that, artists Roy Moore and Wilson McCoy took over the drawing portion of the strip. Moore drew until he was enrolled in the army during World War II, during which time the work was taken over by McCoy, but he continued to be involved after the war till 1949. After his death, McCoy took over completely.

After McCoy’s death in the year 1961, the comic was taken over by Carmine Infantino and Bill Lignante. They served the purpose of simply filling in until someone else took over and that someone else turned out to be Sy Barry, who drew the comic till 1994.

While the artists changed a lot over the years, Lee Falk’s scripts were the one thing that remained constant. Till his death in 1999, Falk continued to provide scripts for the daily strip and there are stories of him ripping off his oxygen mask at the hospital to narrate the final stories to his wife. Elizabeth Falk is the one who ended up publishing his final two stories.

The daily strip wasn’t the only medium which popularised the comic. Many publishers tried their hands, successively, in producing stories about the character, namely Ace Comics followed by Harvey Comics, Gold Key Comics, King Comics and Charlton Comics. This took place till 1977, at which time, 73 issues of Phantom had been published by these companies. DC and Marvel were not far behind either. From 1988 to 1990, DC published a Phantom miniseries, while Marvel did so in 1987 and 1995. Stories were written by Steve Ditko, creator of Spiderman himself. Cool, isn’t it?

Moonstone Books is usually considered by many to have published some of the best modern-day Phantom stories. Origins of the character were revisited and a 21 issue series, Phantom Generations, was launched by them – a series which told the story of all the people who had taken on the mantle of The Phantom – but more on that later.

It’s ironic that while Phantom was published and written by Americans, USA was the one country which had some of the lowest Phantom sales ever. Countries like India, Australia, and Sweden were the ones which actually saw the character become a fixture in mainstream pop culture. The writer of this article has listened to his father talk about ‘The Ghost Who Walks’ countless times.

That’s not to say the character is completely without problems. The first version of the character was a man named Christopher Walker who finds himself in a place called Bangalla, located in Africa. He was marooned on that island, whose natives nursed him back to health. Hence, he creates the persona of the Phantom, a hero dedicated to fighting against injustice and all that.

It is easy to dismiss this as another weird comic book origin but there’s an inherent image of a white man being a saviour to a ‘primitive’ African tribe. That wouldn’t go down well today. Less aware audiences of the 1930s would have no problem with this, of course. In today’s global world, this origin of the Phantom just wouldn’t fly.

The character, keeping the above in mind, has now been rebooted. Despite a slightly dated story, it still maintains its appeal and enjoys a significantly large audience. Even today, there are many comic book readers who recognize his nicknames, such as the Ghost Who Walks or The Man Who Cannot Die.

It’s been eighty years but even today, many readers are introduced every year to this character and anyone who reads superhero comics knows who The Phantom really is.

There can be no doubt that the Phantom being the first superhero is subject to a lot of argument. Most of those arguments would be valid. However, all of the trademarks of the modern superhero were first seen in The Phantom. If any hero has stood the test of time like Superman or Batman, then it is him.

The skin fitting purple suit, along with the two firearms at the side and a mask which suddenly makes the eyes completely white – I mean, come on, does it get more superhero than this?

Take my advice. Log onto Amazon or go to your nearest comic book store and ask them for some Phantom. It’s not politically correct and some dialogue will make your cringe inwardly. But if you accept that as a product of its times and move on, then Phantom can prove to be a fun experience. Read it and remember the old jungle saying –

“No man can refuse the voice of The Phantom.”