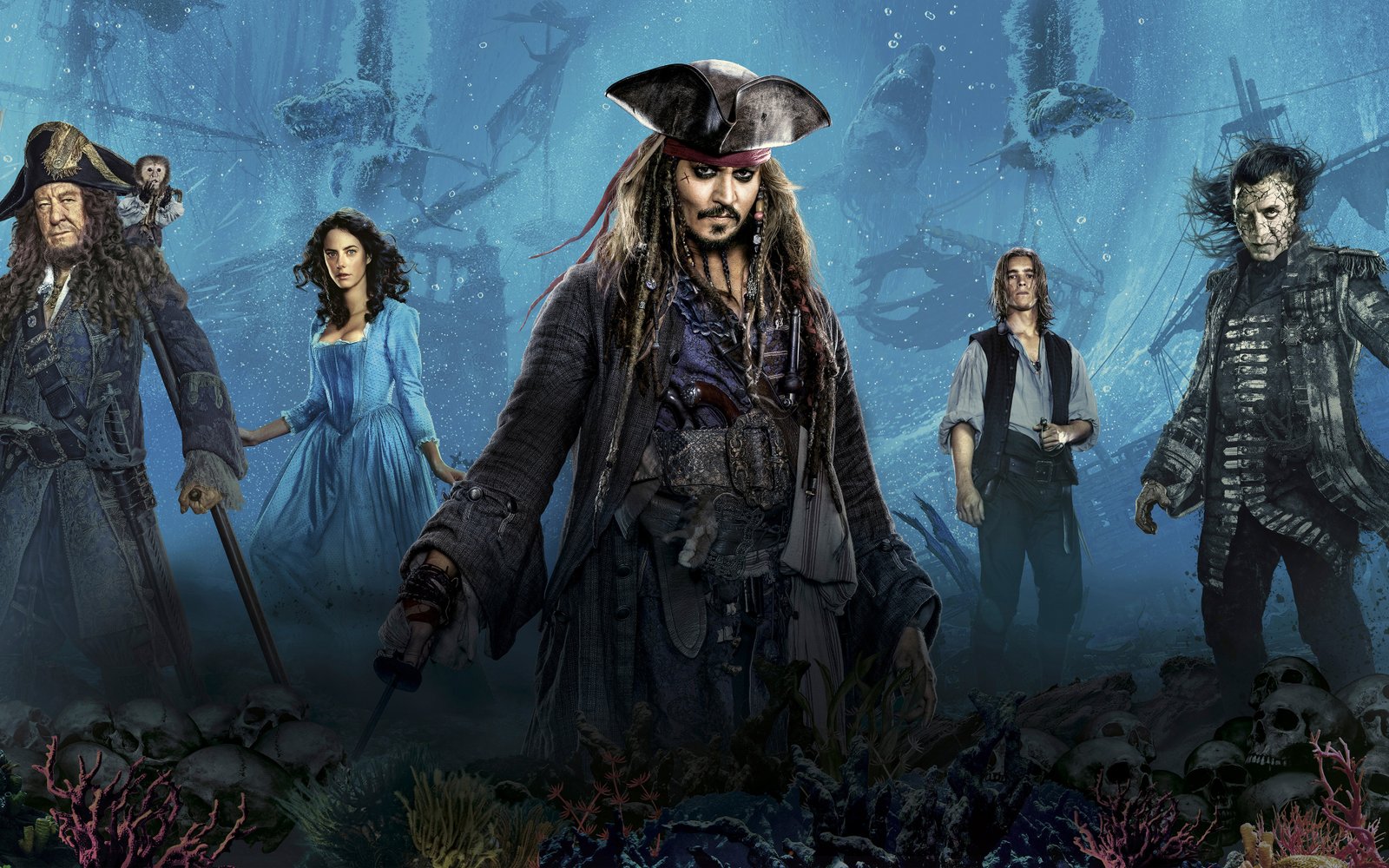 Pirates Of The Caribbean: Dead Men Tell No Tales Movie Review – Our Favourite Sparrow Is Back

The next in line of adventures of Jack Sparrow, Pirates of The Caribbean: Dead Men Tell No Tales is here and it is as good as promised. The movie lives up to its rank of being the “fifth” of a series. The evil side is tempted to deconstruct the movie scene by scene but then no one would want to read this “spoiler alert”.

Our favourite pirate is going to pay for the past deeds (again) committed against a Spaniard named Salazar who has been tied to sea under the curse of the Trident of Poseidon. There is a lot going on. Lots of flashbacks into Sparrow’s past! Even Barbosa has been spared a story-line this time, which will make your jaws drop. Jack sparrow is as charming as ever. We get to see the young sparrow and how he acquired the name. *Zip* won’t say how. Watch it! 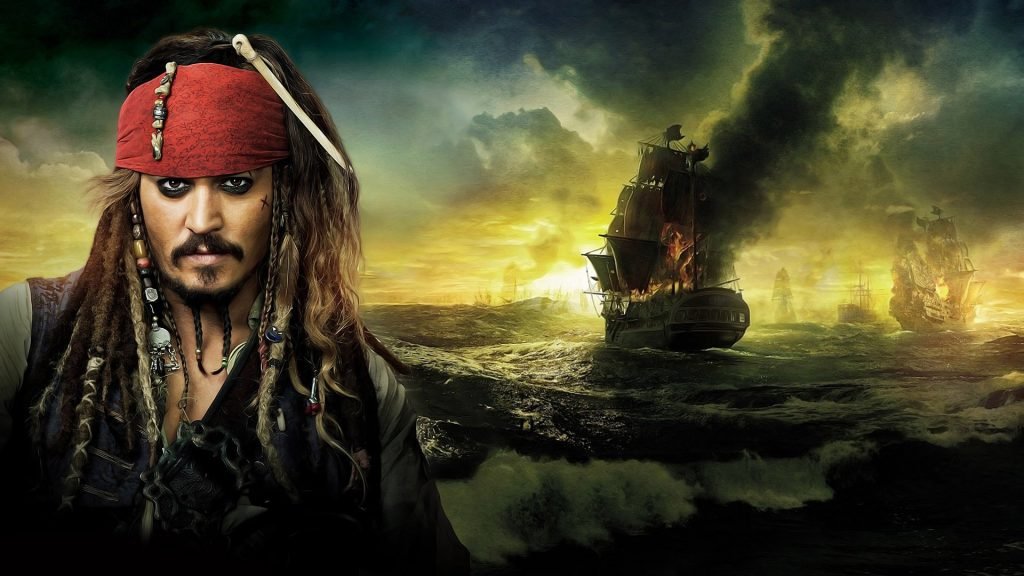 His entry is as usual quite hilarious and bends the laws of nature. His flukes make you clap with glee and you will not recover from his dialogues! Strangely he did not say his iconic dialog even once in this movie. “This is the day that you’ll always remember …”  Because mind you, he did wind up in prison.

The villain, Salazar played by Javier Bardem, is quite unconventional. It’s the dead this time whom Sparrow has to race to some mythical island as usual for some treasure. The touch of Greek using Poseidon serves the myth around which the plot revolves. However, the visual effects with the dead people could have been better. But let me tell you, Salazar’s hair waving in the air in slo-mo is quite scintillating. The sea and the water is too much for you to feel wet despite being quite dry and safe in your seats. *Tip: watch it in 3D!* 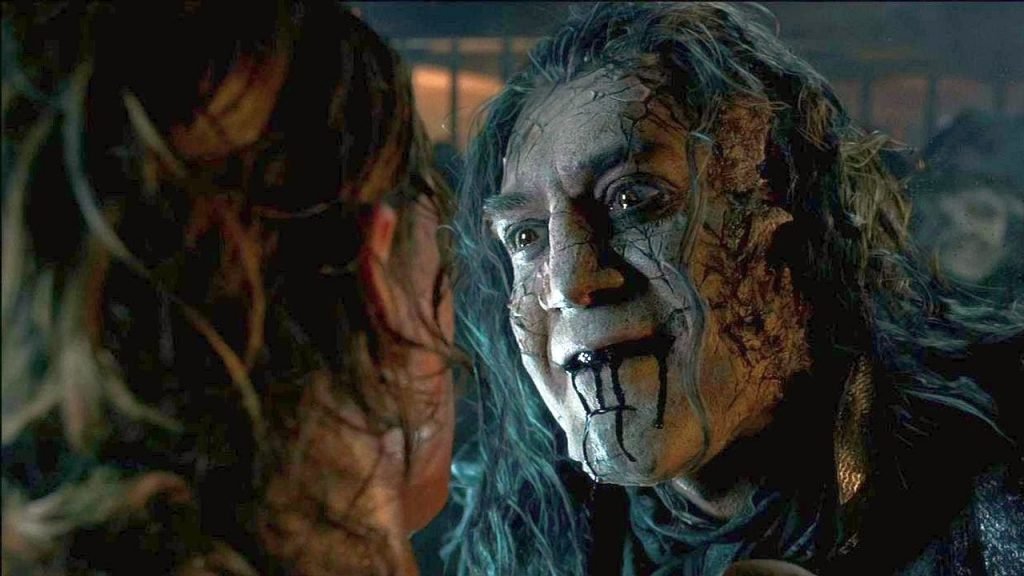 The basic plot line finds it way back home in many ways. The son trying to break the curse on his father and gets help from a girl far from being a damsel in distress in the 1800’s. This time it follows the adventures of Henry Turner, William Turner’s son. His character is based on William. There is a repetition in the villain’s character as well i.e, being double crossed by Jack and seeking to break the curse too! As annoying as these repetitions are, the humorous elements in the movie will leave you cheering for Jack as usual.

Meanwhile, something interesting is brewing behind the compass that Jack possesses. However, those who saw the Dead Man’s Chest will be left puzzled. Because the writers forgot to add one and one. A subplot is weaving between the plots involving a diary. The diary is with Carina, the female protagonist, who has a mysterious connection with piracy. “A map no man can read” can be read by her. There’s also an interesting concept behind choosing her name and the plot line. 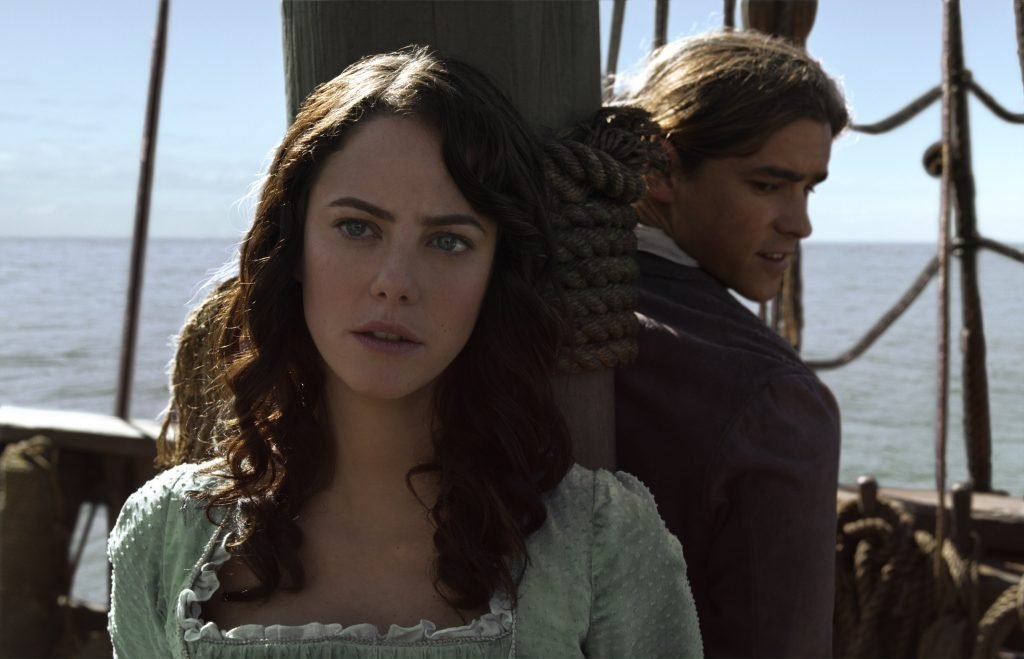 Salazar seems to reflect barbosa in the first movie of the series only better developed and a few improvisations here and there. There is a surprise for Everyone where black pearl is concerned. You may hit a tiny tiny orgasm as you see her free again! (Small spoiler slip).Final turn of events are favourable as its a book-end of the Caribbean series. The happy ending is sloppy enough to remind me of Kabhi Khushi Kabhi Gham with couples getting together at the end. Yes, William Turner and Keira Knightly arousing a sense of nostalgia.

Even though the plot was same old plot of revenge, I feel sad that there won’t be any Caribbean movies to look forward to. Overall kudos to the final movie. Though could’ve slacked with the repetition of the plots.