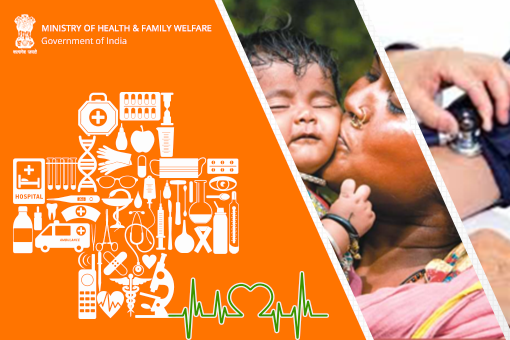 Healthcare is everyone’s right and one of the primary concerns around the world. But with high costs of treatment and medication, it has become out of reach for the underprivileged. India especially, has a massive population of people who are below poverty line. Data from the SECC (Socio Economic and Caste Census), 2011 states that our country has 15.95 lakh households that live without a shelter, on alms or engage in manual scavenging. 10.74 crore households live without basic necessities, hence considered deprived.

These figures indicate the obvious unavailability of necessary facilities to many people. Healthcare therefore, may seem like an unaffordable luxury to them. Considering this, the Modi government in its Union Budget 2018 introduced the idea of ‘Modicare’ – an annual insurance cover of Rs. 5 lakhs for every poor family. Although addressed by various names like the Pradhan Mantri Jan Arogya Yojana (PM-JAY), the Ayushman Bharat Scheme and NaMoCare, this facility has just one aim – creating a new India by 2022.

What is the Ayushman Bharat Scheme?

PM-JAY is an initiative under the Ayushman Bharat Health Protection Scheme. It will subsume the RSBY (Rashtriya Swasthya Bima Yojana) and the SCHIS (Senior Citizen Health Insurance Scheme). As per the Budget announcement by Finance Minister Arun Jaitley in February 2018, the National Health Protection Scheme would be implemented through two initiatives. The first step was to bring primary wellness centres that provide comprehensive healthcare services closer to people’s homes.

PM-JAY is the second step, which aims to provide an annual health insurance cover of up to Rs. 5 lakhs for each underprivileged family irrespective of its size. The scheme will auto enroll nearly 10 crore deprived Indian citizens and offer secondary and tertiary healthcare benefits. The enrolment is based on the families finally listed in the SECC database.

Scheme benefits include pre and post hospitalization expenses including transportation, diagnostics and medicines. Beneficiaries can avail free treatments for a variety of illnesses in empanelled public as well as private hospitals. Those benefiting from this scheme will have to bear no costs at all. Hospitals can neither demand any extra payments from them nor deny treatment. The policy covers all pre existing diseases from day 1.

Eligible families will be allotted an FIN (Family Identification Number) and an e-card on hospitalisation. A prescribed ID is necessary to avail treatment at the hospital. The procedure will be paperless and cashless.

The prospective annual estimated expenditure on the scheme is Rs. 12,000 crores. The center and the states will share it in a 60:40 ratio. But the issue that arises here is whether the allocation is adequate to successfully implement, what has been termed as the world’s largest healthcare scheme. The Union Budget 2018 allotted approximately Rs. 30,129 crores to the National Health Mission, with Rs. 2,000 crores specifically kept aside for the RSBY.

The RSBY provides benefits of up to Rs. 30,000 per family with an annual premium outgo capped at Rs. 1,250. But the PM-JAY promises much higher benefits of up to Rs. 5 lakhs with a lower annual premium estimated at just Rs. 1,110. Hence, glitches in the expenditure estimations appear to be a grave concern as the scheme rolls out tomorrow. The Prime Minister has already rolled out the scheme on 23rd of September beginning with Jharkhand. But it will operate only from the 25th of September since the date coincides with the birth anniversary of Pandit Deendayal Upadhyay.

Five states viz. – Delhi, Kerala, Telangana, Odisha and Punjab have not agreed to implement the scheme quoting different reasons related to the available benefits. Delhi CM, Arvind Kejriwal is unhappy that the scheme only benefits 6 lakh out of 50 lakh deprived families in Delhi. While, Kerala is strongly against the scheme due to its miscalculated estimations; Telangana will not participate in the implementation for the time being since it already has a similar Aarogyasri state scheme. Odisha as well has a Biju Swasthya Kalyan Yojana that offers a cover of up to Rs. 7 lakhs to women instead of the Rs. 5 lakhs cover offered by the centre. Punjab on the other hand disagrees due to the decided expense sharing ratio.

Apart from the uncertain cost-benefit analysis, there are other notable drawbacks as well. This scheme targets the deprived families, who may or may not have access to information. As a result, they might not ultimately benefit from it if they never really know about it. Internet, particularly social media, television and newspapers are mediums that are being used to spread information about the new scheme. But will this actually reach those who need to know about it?

On the other hand, corruption is everywhere and there’s no leaving out the health sectors. Even if the scheme related data travels till the ears of the deprived, is it guaranteed that hospitals and healthcare centres will enable smooth implementation without harassing the poor and sick?

Every coin has two sides. Similarly, every plan also comes with its fair share of pros and cons. Though the success of the Ayushman Bharat Scheme is uncertain, the Modi government strongly feels that the people will one day talk of its victory because Modi cares (pun intended).