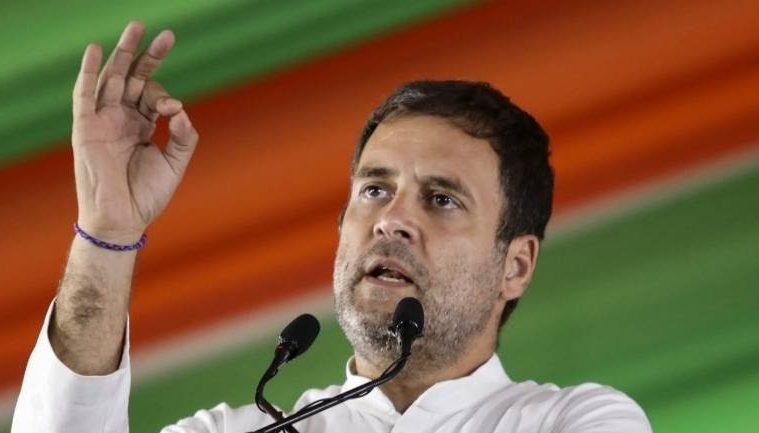 India was not surprised when the poll results were out on the 23rd of May. PM Modi’s leadership has impressed citizens so much that they have given the BJP 5 more years to make or break their governance. With a whopping 303 out of 543 seats occupied by the BJP alone, the party has reduced its opposition to mere shrubs among a forest full of mahogany trees. What was in fact a point of interest to voters was, whether the BJP will live up to their “teen sau paar” promise. That it did, without the requirement of an alliance to form a government at the centre. The talk has only been about the BJP, without any Congress mentions.

Because the latter, once a face of India has now been crushed beyond recognition by the former. A party which has constantly reaped political harvest through dynastic politics and by playing the farmer card is currently nowhere in the political frame.

If a party that had tremendous presence throughout the country back in the 80s had to be so miserably defeated, what could possibly go wrong? In my opinion, everything. The Congress has made multiple mistakes and has repeated them on loop.

Depending On The Dynasty

It all started with a “chaiwaala” who promised to lead India to better heights. Retaining his position in citizens’ minds was always a top priority for PM Modi. The Congress failed to do this sincerely. Keeping Rahul Gandhi at the forefront of a 70 (plus) years old political party was a mega mistake. Gandhi neither has the competence nor the command of his grandparents. Sidelining Priyanka and catapulting a man who people don’t seem to take very seriously, should not have been considered at all.

If BJP has managed to massively sweep every state off their Congress loyalty and was able to convert it into almost 6 times the representation of MPs as compared to its archenemy, the Gandhis need to seriously question their strategies. It’s high time that the Congress gave its leadership baton to somebody who is more competent, notably unrelated.

There was one evident thing throughout the elections. Citizens in favour of the government weren’t voting for the BJP. Instead, they were voting for Modi. Contrarily, Congress supporters were voting for the party. Recognising who the face of their constituency would be, was highly absent. It was a war between one man and an entire party. So inorder to dethrone the PM, the Congress should have had a better representative than just Rahul Gandhi.

Not Thinking Out Of The Box

Congress was unable to erase the question “What has Congress done in 60 years?” from people’s minds. Neither were they able to counter debate or match up to the way the PM marketed his leadership skills.

Demonetisation may not have worked on the economy, but it definitely has worked magic on people’s minds. Swachh Bharat, Digital India, GST, PMAY, PMJAY, PMJJBY, there is a long list of things associated with PM Modi. While it is hard to recall new things that the Congress rolled out during its tenure except for relief to farmers. Even while campaigning, all that they stuck to was the farmers and attacking the BJP in the name of Rafale. Congress loyalists themselves would believe that Rahul is unfit to lead a party which is now in strict need of revival. If not, they must be ready to go extinct and in to the pages of history.

The Congress alone has only 52 seats in the Lok Sabha. It has gained 8 more seats as compared to its tally spanning 5 years ago. But still not enough to stand up against the leading party as a worthy opposition. Five years is a long term for preparation. And Amethi MP Smriti Irani used this wisely to sharpen her sword. It is not easy to snatch a constituency which has been under the umbrella of a certain party for nearly 5 decades.

In an interview with Times Now prior to the polls, Amit Shah had confidently declared that the Congress would lose Amethi. Calling him “confident” would be an understatement. It was almost as though he knew for sure that nothing would work in Rahul’s favour.

The 2017 assembly elections coloured Uttar Pradesh saffron. The BJP held a clear majority, winning 80% of the seats in the state. In a situation where Congress was literally engulfed by its rivals, retaining their only two hopes appeared important. And that is exactly why the neighbouring constituencies – Amethi and Raebareli mattered so much.

Ever since 1967, the Congress had lost only two out of fourteen parliamentary elections in Amethi. From Rajiv Gandhi to Rahul Gandhi, the legacy passed on. And Rahul defeated Smriti by more than one lakh votes in 2014. The Gandhi factor was constant for this constituency and it’s really hard to believe that the tables have turned.

Had they critically analysed their plans, the Gandhis would have retained their Amethi seat. The margin of loss was just about 55000 votes. This should be taken as a warning bell for Raebareli in 2024.

Will The Congress Spring Back?

In Rajasthan, Madhya Pradesh, Chattisgarh and Karnataka the parliamentary polls have highly contradicted the assembly polls. The governments of these states are under severe threat and the BJP is leaving no gaps in pressurising the state Congress leaders to resign owing to a pathetic performance. Rahul Gandhi has won a seat from a constituency which cannot be conveniently held on to. Calculatively, a constituency like Amethi was not so far away to visit. Rahul must plan a turnaround if he is retained as the party president. The number of resignations Congress has seen in the past few days is further hurting the foundation of the party. The only resignation that would not hurt the Congress is Rahul’s himself.

Apparently, Rahul is adamant on giving up the post of the party’s chief because he considers himself responsible for an unjustifiable Lok Sabha poll performance. His mother Sonia and sister Priyanka are unhappy about the decision, but will respect it and let Rahul step down. As per latest reports, Rahul Gandhi will allow the party some time to look for a suitable candidate to takeover as chief. A younger politician with a clear political prospect can work wonders for the Congress, if they stop inter party jostling. More specifically, the rift between Punjab CM and his colleague Navjot Singh Sidhu can be a point of strength for the BJP, to pull down the government in the next three years.

But nothing remains constant. Overconfidence can be the cause for anybody’s massive downfall.

Underestimating the Congress can be harmful for the Modi government. Funny as it may sound. But this defeat has to be taken seriously by the Gandhis if they want to survive in the battleground.