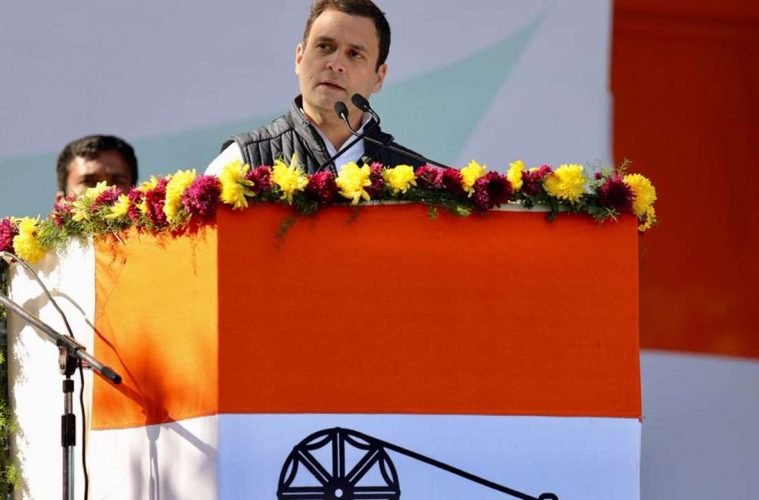 Even though the official campaigning for 2019 general elections has not begun yet, Rahul Gandhi continues to remain in constant state of campaigning. After revealing some unknown facts about Coca-Cola, he visited Mumbai for a defamation case, filed by the RSS. While we researched the origins of Coca-Cola, the Mumbai head of Congress declared Rahul Gandhi as the future Prime Minister of India. A poster celebrating Rahul Gandhi was visible across the city, post this.

It would not be an exaggeration to say that Mr Rahul Gandhi talks about RSS more than the RSS’ swayam sevaks. He has blamed RSS for everything under the sun. From blaming the organisation for Tuticorin incident to accusing them of killing Mahatma Gandhi, Rahul Gandhi has done it all. The last accusation has even landed Rahul Gandhi in court after a defamation case was filed by an RSS worker for dragging the non-political organisation into an assassination incident.

Rahul Gandhi pleaded “not guilty” and said that his fight is based on ideology. The Congress President seems to have made blaming RSS his strategy to target BJP. However, his constant blaming of RSS exposes his lack of secularism. Time and again Mr Gandhi reveals that he is not capable of accepting an opposite ideology. Some supporters of Congress have been saying that this case will be a step to expose the RSS. Well, the country is certainly waiting with bated breath for Rahul Gandhi to do so!

Heart Of The Matter

Ever since every political party who was facing an imminent extinction decided to join hands and form a ‘Maha-gathbandhan’, the question about the face of the coalition has been at the forefront. Congress President Rahul Gandhi had earlier said that he would become the Prime Minister if presented with the opportunity. Interestingly, none of the allies has ever answered that question and everyone has maintained that the PM would be decided later.

Congress no longer remains the largest party and has been playing the second-fiddle to the regional parties. The pertinent question that allies are not ready to accept Mr Gandhi as their leader remains answered. In spite of such uncertainties, the Congress think tank wastes no opportunity to project Rahul Gandhi as the next PM. While Congress may be right in sealing the first movers’ advantage, it remains to be seen whether the ‘Maha-gathbandhan’ would even exist if Mr Gandhi is pushed as its leader.

Historically, RSS has never been proven guilty in the court of law. Nathuram Godse was not the member of RSS when he committed the crime as per the historical records. The organization was not banned by Congress when it was in power, so why does Rahul Gandhi keep stoking the same controversy again and again? It appears Mr Gandhi wants to merely use the RSS organization’s name to incite fear in the minds of minorities to consolidate his votes. Even Supreme Court had directed him to apologize or face trial for his comments.

The political discourse in the country is reaching new lows with each passing day courtesy to the Congress party. Yesterday in Mumbai, Rahul Gandhi boasted that he was the first to meet ailing BJP veteran, Atal Bihari Vajpayee. But does this mean that someone felt glad by his visit? There are reports claiming that the hospital had advised to hold off the visit, for sometime. But he still went ahead with the visit to score political brownie points.

An ailing leader’s health to target the government has never been a performing trick in the country before. One can only hope that this incident is the worst political stunt that the country has to see before 2019. I am starting to worry.