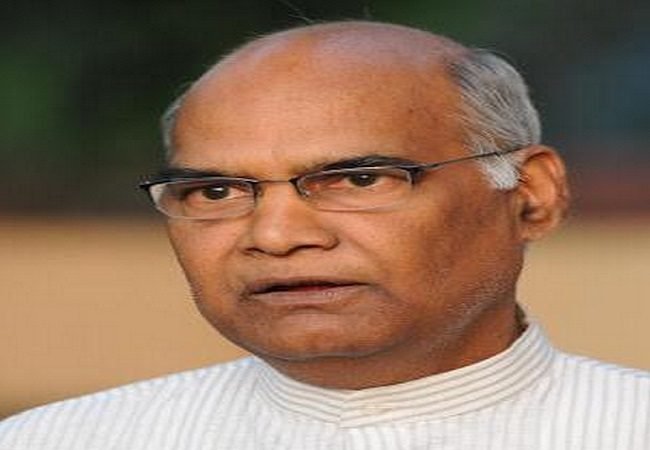 The National Democratic Alliance (NDA) today sprung another surprise by nominating Ram Nath Kovind as its candidate for Presidential elections. While many names like LK Advani and Droupadi Murmu were being discussed and expected, Ram Nath Kovind, a Schedule Caste candidate has truly come as a masterstroke by NDA. Kovind, currently the governor of Bihar, is a two time Rajya Sabha member of Parliament from Uttar Pradesh. In his time, Kovind has also been a prolific lawyer, having spent time in the High Court and Supreme Court as a lawyer.

The greater question that arises here is why Kovind and why now? The NDA could have played the waiting game and let Congress or other parties decide on their candidates first. But they decided to surprise them by announcing a name within a day of senior BJP leaders meeting Congress Chairperson Sonia Gandhi.

Many people in the party and outside had believed that Advani had a chance, but a recent case which sprung against him could be the reason NDA decided against his candidature. The Supreme Court had on 30th May ruled against the veteran BJP leader. They also asked criminal conspiracy charges to be revived against him.

Born into a Dalit farmer family in 1945 Ramnath Kovind rose to heights in politics after he joined Bhartiya Janta Party, post his career as an IAS officer. He has completed his education as a lawyer and has practiced in Supreme Court. During his political tenure he has worked as a PS to Morarji Desai. Being politically active, he has also represented India in United Nations in New York. Once he addressed the UN General Assembly in October of 2002. He has served as a member of several parliamentary committees, including the Parliamentary Committee on Welfare of Scheduled Castes/Tribes, Parliamentary Committee on Social Justice and Environment among others.

He has also served as a board member of the Board of Management of Dr. B.R. Ambedkar University, Lucknow and Board of Governors of IIM, Kolkata.

Kovind, the 71 year old veteran dalit leader serves multiple purposes for BJP as a presidential candidate. He is a dalit leader who has been active in political circle for quite some time now. With him in the foray, it will be difficult for the Bahujan Samajwadi Party to mount a front against BJP’s candidate. For other parties, they will have to bring a candidate with a much cleaner image or at least belonging to the Maha-dalit community to beat this choice. That would not only be difficult for the opposition, it will also be uphill for all parties to arrive on a consensus for the candidature.

Further, Kovind comes across largely neutral – a key requirement sought after by all political outfits. Since he was appointed the governor on August 8th, 2015, there has hardly been a controversial statement from him. Kovind has not been much of a speaker before his appointment as a governor either.

With this nomination, NDA and in particular the BJP has ensured that it gets a favourable president in the office, the powers of who are limited to being a rubber stamp anyway.

The larger question that begets here is why the hurry in nominating a candidate for Presidential elections. The Presidential elections are scheduled for 17th July, which is nearly a month away. Historically, the BJP has tried to test the patience of opposition by delaying such announcements as much as possible. But by trumping the Congress and other parties, BJP is tempting them to come with itself. If these parties delay nominations anymore, the tension and chances of consensus among the fractured opposition rises further.

Kovind is a neutral, non-star choice. That looks more deliberate and planned. If the BJP and NDA is unable to muster numbers in their favour, loss of Kovind would not shame them as much. He is an unheard of name. Though the BJP wouldn’t want to lose this election, it could save some face if it did. A loss could also mean giving the BJP brownie points over the opposition rejecting a Dalit leader as their President.

A win, however, could mean that BJP has a favourable candidate in the office. This means scoring bonus political points over the opposition. Though it will not harm the opposition as much. But it could dent their spirit if some members from opposition go with BJP’s choice.