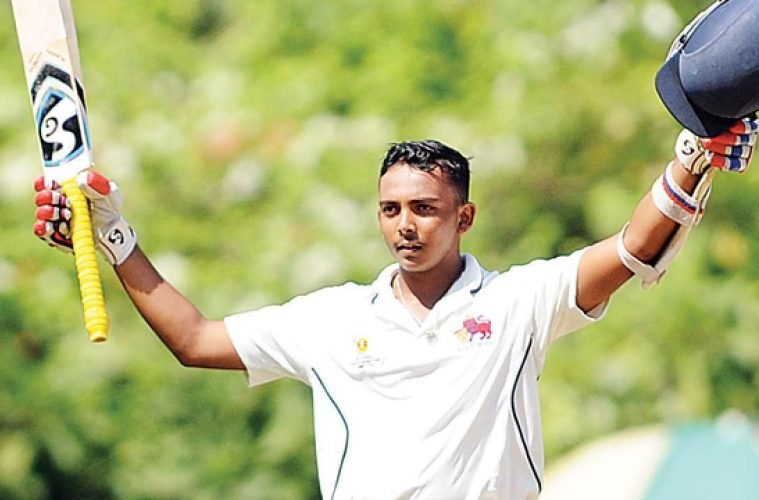 The Rajkot crowd witnessed something spectacular on Thursday morning. An 18 year old batsman went on to accomplish a barrage of achievements during his knock of 134(154). After being gifted the Indian cap, Prithvi Shaw took a really short span of time to prove why he deserved it every bit. His height draws resemblance to that of Sachin Tendulkar. However, his batting stance reminds one of Lara. The flow of runs coming at an outrageous speed like Sehwag.

I still remember watching Shaw bat in a game when he was just 14. He was even shorter then but still buoyant to rise and shine. Even in the IPL, his footwork was absolutely perfect. Facing all the international bowlers so relentlessly, it was clear that Shaw was ready to conquer the cricketing world with his batting flair. Mark Waugh made the compulsory Tendulkar comparison to wrap it up then.

It was just months since he led the U-19 Indian team to a World Cup win. Prithvi Shaw was scoring runs on a consistent basis in the A tours. A fantastic domestic record was already there to support his cause. Also, a fascinating IPL season with 245 runs at a splendid strike rate. Eventually, he received his maiden call up during the England Tour. While his counterparts Rishab Pant and Hanuma Vihari were handed debuts, Shaw had to wait a fair bit.

From years of toiling hard on the maidaans of Mumbai to establishing his authority in international cricket, it has been an amazing journey already. Anyone who watched him bat for the first time would have found it difficult to assume he is a newbie. From the very first boundary he hit, it seemed like Prithvi belonged here. There was no sense of urgency to go out and prove himself. He was as much comfortable at the crease as Shikhar Dhawan in an ICC tournament.

On a day when he would be expected to have butterflies in his stomach, the brand of fearless cricket displayed by him was admirable. Every time the ball was in his arc, he found the gaps and kept the scoreboard ticking. It was quite evident that he wasn’t looking at this stint as a shot to impress anyone. Indeed Shaw look forward to building runs at a phenomenal pace alongside some brilliant stroke-play. He tried to dominate the bowlers from the word go. At the same time, he let go off the good ones.

The second youngest Indian to score a century in Test cricket. It couldn’t have got better for Shaw as he celebrated his maiden ton with Skipper Kohli all smiles from the dressing room. Batting with a renowned warrior Pujara for a major part of his innings, Shaw appeared to be the more stout-hearted amongst the two. His ability to take risks and clear striking were the valiant features of his batting. The 18 year old has a lot to offer and hopefully this was just the first out of the dozens of centuries to follow.

The current phase has seen the entry of a reasonable amount of youngsters in the squad. Looking at Pant and him, it seems like this is a start of something really exciting in Indian cricket. From time to time, the dauntless attitude in them has pushed their batting performance to another level. In no way are these bunch one time wonders. They’re clearly horses for the long run and India is lucky to have such individuals around.