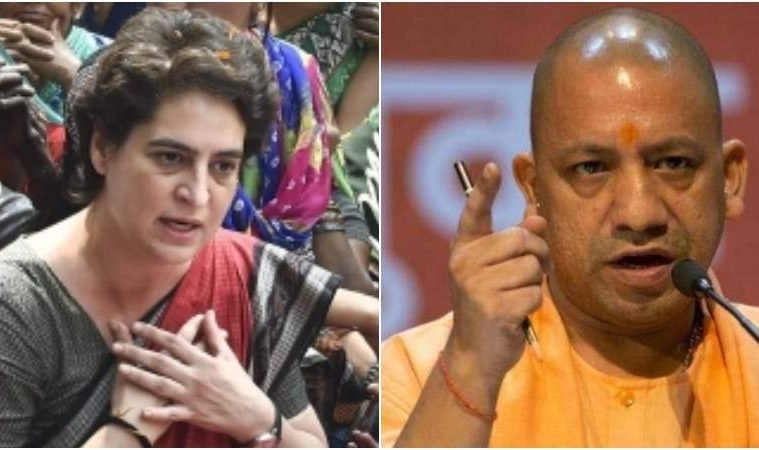 One may or one may not expect to see governance from the politicians of the planet’s biggest democracy. However, one can most certainly expect to be witness to drama that would put Ekta Kapoor’s serials to shame. The only difference is that politicians might be genuine. Huge “might”, I know, but still. What is sad however, is that sometimes the drama being waged over something as grim and somber as the murder of lower-caste villagers in Sonbhadra, Mirzapur. The dispute between Priyanka Gandhi Vadra and the UP government and administration has escalated to greater levels and it’s all come to a dramatic conclusion.

What Happened in Sonbhadra, Mirzapur?

On 17th July, 2019, a clash between Gond tribals of Sonbhadra’s Ghorawal area and a village headman Yagya Dutt and his supporters escalated to fatal levels. Dutt and his supporters, believed to be members of the land mafia and having been spurned by the tribals in their attempts to acquire the latter’s land, opened fire on the group of tribals. Thus, killing 10 people and injuring more than 25. The attack is gruesome not only because of the numbers or corruption involved but for the traces of caste-based violence it bears.

Priyanka Gandhi, the Congress’ general secretary for Uttar Pradesh (East) jumped to action immediately, determined to meet the injured and the families of the victims. Suitably so, she met the injured at the trauma center of BHU Trauma Center at Varanasi. From there, she set out with a delegation to Sonbhadra, Mirzapur to meet the families.

However, the politician and her delegates were stopped by the police on the Naraina highway near Mirzapur district. The authorities informed her of the imposition of Section 144 throughout the district to prevent further violence from breaking out owing to the sensitive case at hand. Gandhi did not protest, offering immediately to cut down the size of her delegation so as to be able to visit the affected without disrupting the law and order situation.

However, the authorities did not relent and detained the group of politicians, placing them in a guesthouse in Chunar. What is interesting to note here is that officials touted this as preventive detention for the leader. On Friday, the district magistrate of Mirzapur Anurag Patel said that Mrs. Vadra would be allowed to leave if she furnished a bond of 50,000 rupees, a proposition that was promptly refused.

The incident was met with outrage by Congress leaders all across the country. In addition to this, a second delegation was detained at Varanasi while three leaders of Trinamool Congress were also stopped from proceeding further. At the same time, the guesthouse where the initial Congress delegation was detained experienced a power outage for the night. Congress leaders fumed over the illegal arrest and what they called the tactics of the UP government to oust the delegation from the district. Priyanka Gandhi, on her part, remained adamant and refused to leave without meeting the families of the victims.

On Sunday, the affected families travelled to the guesthouse where they met with Mrs. Vadra to discuss the incident and the aftermath. The politician squatted on the floor, offered them water, wiped their tears and listened to their grievances, in an act that has been praised by the public and Congress leaders. 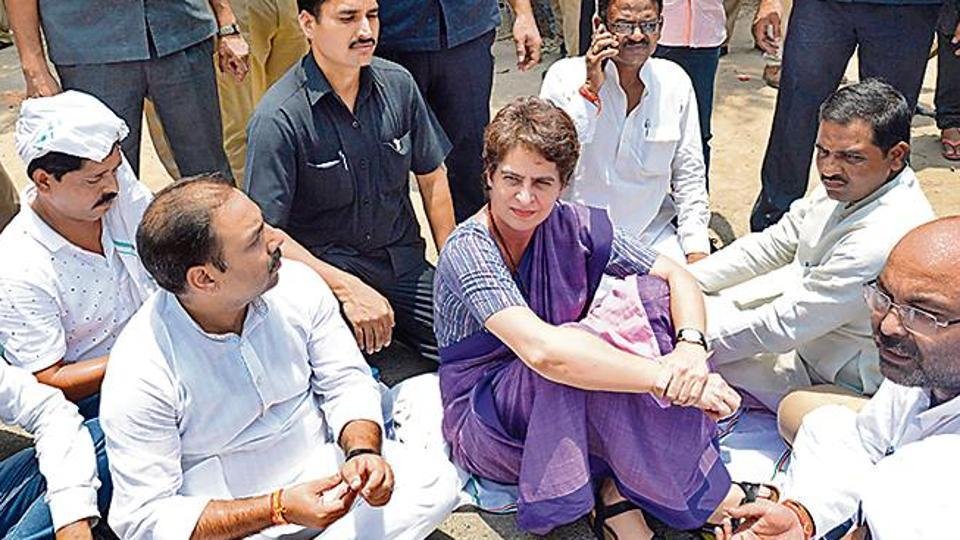 The Twist In The Plot

The real twist, though, came once the villagers left. Soon after, Mrs. Vadra and her delegation were apparently free to leave. This came as a surprise considering the details of the detention as stated previously. Moreover, the district magistrate did a U-turn on his previous statement, saying that there was no detention or arrest of the delegation. As the confusion came to a crescendo, Mrs. Vadra left the guesthouse, making a stop in Varanasi before heading back to Delhi. Thus, proclaiming that her sole intention of meeting the families is complete. All this while, Congress and other opposition parties have criticized both the handling of the matter by the administration and the UP-government’s silence over it.

Congress announced a compensation of 10 lakh rupees for the families of the victims. Yogi Adityanath initially blamed previous Congress governments for the disputes over the land. Later on, the UP-government, too, announced compensatory measures for the affected families after the CM’s visit to the area.

There are numerous perspectives to consider in this entire episode. Right off the bat, political leanings notwithstanding, it is unfortunate that an incident; that is screaming of caste-ism, is getting dragged in between the political tussle of two political parties.

To her credit, Mrs. Vadra sought to act as less as a politician as a person of her stature could. She stayed put in a guesthouse ridden of electricity. And once the villagers did visit, she showed no qualms in hugging them and connecting with them. In doing so, senior Congress leaders have opined that she has shown shades of her legendary grandmother. Back in the late 1970’s, Indira Gandhi, too, had visited a village called Belchi after caste-based violence. She had thus managed to enamour the public, herself.  In Sonbhadra, Priyanka Gandhi seems to have done something similar.

The government’s response to the incident and the administration’s handling of the matter has been disappointing. The government took quite a few days after the incident to release a statement and take any actions for aid. The delay was confusing, as 28 people were already in custody for the violence. However, the administration’s constant u-turns and the lazy handling of the delegation raises doubts about their efficiency and sincerity.

The coming days promise to bring more twists into the matter and what. Though the current political scene of the country, is a little bleak.