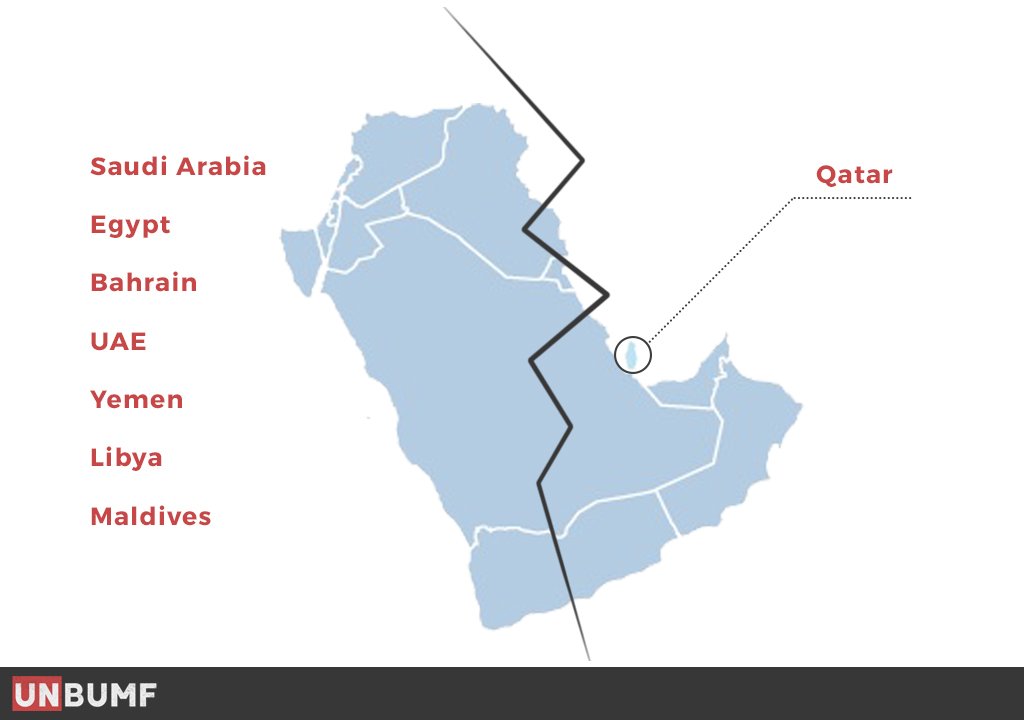 Qatar Crisis: Why Did Key Arab Countries Break Ties With It

The politics of Middle East have been intriguing and mystical over the past thousand years. Ever since the discovery of oil in the region, middle east has gone from a ‘horse and camel’ region to one of the leading energy powerhouses of the world. However, Middle East recently witnessed a huge change due to ongoing Qatar Crisis.

Seven countries (Saudi Arabia, Egypt, Bahrain, UAE, Yemen, Libya and Maldives) have formally denounced diplomatic ties with Qatar. These countries enjoy geographical proximity and together constitute an important energy-producing region. This, as well as their strategic location, make any instability serious with far reaching impact. But why is a geographically tiny country like Qatar in the eye of storm now? How did this nation of population less than 3 million people get the target painted on its back?

Why did this happen?

The reasons cited are sparse, while the conspiracy theories are many. The country, along with Iran, is home to the biggest reserves of Liquified Petroleum Gas in the world. In the event of rising cost of oil in the world, LPG becomes an important alternative for energy guzzling states like United States of America, United Kingdom, France, China and even India. Qatar, with its vast gas fields becomes a flint in the eye for the rulers of these states.

Another factor igniting the dispute is Qatar’s relations with Iran. It stands accused of backing Iranian terrorist groups, in areas including Qatif and Bahrain. Shia Iran being Sunni Saudi Arabia’s main rival, the two countries have always been on opposite sides of all conflicts. The Arab countries have also accused Qatar of destabilising the region by backing the Islamic State. This is vehemently denied by Qatar as baseless and unjustified. The official reason, thus, is a heady mixture of national security in the wake of terrorism. 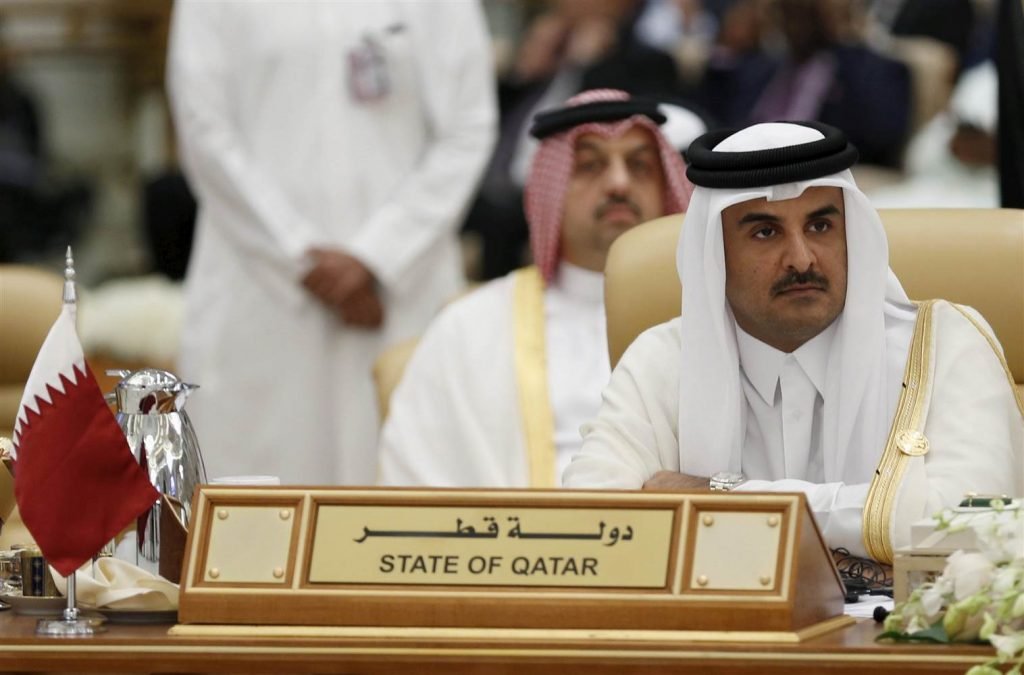 Qatar’s controversial ties are not a new concern. Most of these countries withdrew their diplomats from Qatar in 2014. It was soon resolved upon Qatar’s vehement denials regarding funding extremist groups. However, the issues returned in May 2017. Reports of a Qatari Emir giving a speech which criticised United States of America surfaced. He also allegedly expressed support for Iran as well as the Hamas. While most of these statements were denounced as unofficial, rumours circulate that they reflect Qatar’s true position. Additionally, Bahrain expressed disapproval over Qatar “shaking the security and stability of Bahrain and meddling in its affairs”. This exclusion is now cited as “either house cleaning, or headed to confrontation”

Controversies – Not a new thing

The tensions have been brewing for a while. A fortnight ago, Bahrain, Egypt, Saudi Arabia and the UAE blocked Qatari news sites (including Al Jazeera). Essentially, Qatar is deemed “too bold” in its support of elements that are considered anti middle eastern, which it justifies by citing public support. This has irked Saudi Arabia often, a sentiment that it expressed by withdrawing its ambassador from 2002-2008.

Qatar, however, mostly chose to stand by its controversial policy. This also comes across as hypocritical from Saudi Arabia, which is a key backer of Islamist rebels in Syria. Saudi Arabia has also been accused of funding the Islamic State, directly and indirectly. In our opinion, this is a complicated matter as all of these countries need United States’ support for continuing their rule. They are also caught in the flux of supporting the radical version of Islam, the definition of which changes from country to country. All this while trying to stamp their dominance over each other.

What does this entail? 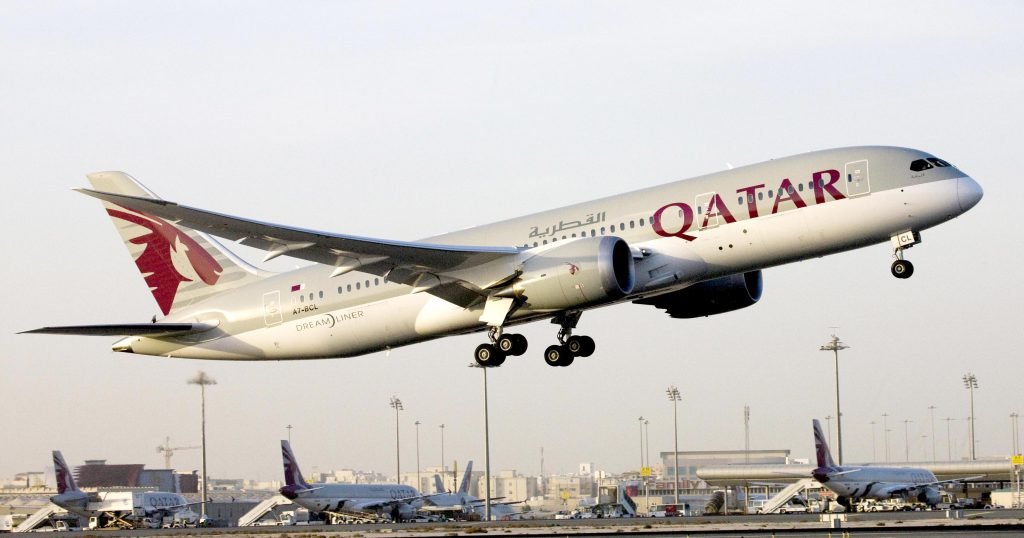 The countries are closing their borders to Qatar and its nationals. This includes no sea or air contact as well, leading to major impact on flight routes. Airlines including the Etihad and Emirates will be cancelling all flights to and from Doha. Qatar Airways will have no access to airspace over these Gulf countries. As Qatar Airways operates as a hub airline, routes to Asia and Europe will be altered and lengthened. This will lead to an increase in fuel costs as well as flight durations.

Qatari visitors and nationals currently in UAE, Saudi Arabia and Bahrain have been given 14 days to leave these countries. Ambassadors and diplomats face a similar situation. Qatar has not responded in a reciprocal manner…yet. Also, Qatar Airways has suspended flights to Saudi Arabia.

Qatar’s foreign ministry claims that this exclusion will not impact the normal lives of its citizens and residents. This does not seem to be the reality. The stock market is down by 7.27%, and there is panic regarding food supplies in the public. Around 40% of Qatar’s food comes from Saudi Arabia, and people are rushing to the supermarkets to stock up in the event of an inevitable shortage. 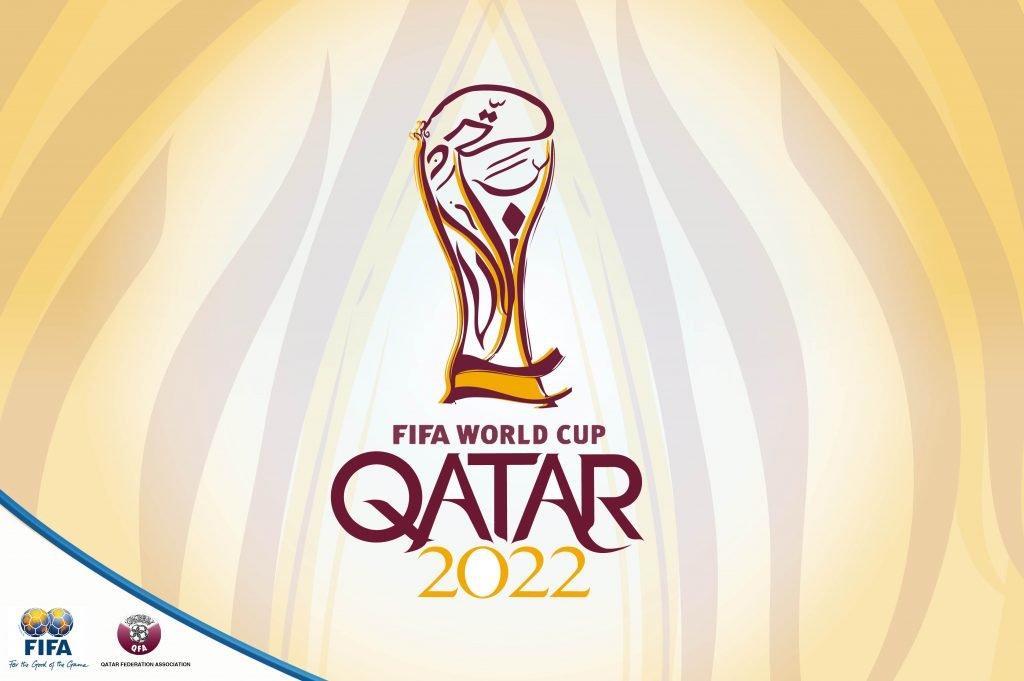 Qatar is due to host the football World Cup in 2022, and has major construction projects ongoing for the same. Materials for these projects are partly sourced through Saudi Arabia and closing the border would push up prices and result in delays.

The consequences of this diplomatic blockade can be severe and the repercussions far reaching. Thanks to the history of unstable governments in the region, chances of a coup can not be ruled out. If a coup were to happen, it could throw the region into a deeper abyss than it currently is in. Since Qatar is also the base for attacks against the Islamic State in Iraq and Syria, the future of this war against terror could be under stress.

The United States seems to be on board with this. US Secretary of State has urged the countries to resolve their differences through dialogue. It seems unlikely that the United States will intervene, especially as it has always maintained a tense yet close working relationship with Qatar. Qatar’s support for Hamas places it at odds with United States. The controversial coverage by Al Jazeera and apparent support for Islamist groups only adds fuel to fire.

It is also deemed likely that this exclusion is inspired by US President Donald Trump’s recent visit to Riyadh. Trump urged Muslim countries to act and combat radicalisation, blaming Iran in the process. It is possible that the Middle Eastern countries feel that dealing with Qatar would enjoy Trump’s backing and have seized the opportunity.

The Iranian foreign ministry has urged “transparent dialogue and diplomacy” and stated that “no country in the region will benefit from the heightened tension.”

Saudi Arabia and UAE enjoy relatively stronger positions in the Middle Eastern region as compared to Qatar. They also enjoy renewed support with the Trump administration and are the United States’ most reliable Arab partners. Qatar hosts an American base at Al-Udeid. It is not irreplaceable but looking at the history of United States, it is unlikely that they will.

It is unlikely that Qatar will wilt under pressure. Unlike other countries in the region, Qatar has also made sure to cut its dependence on all sorts of non-renewable forms of energy and has done considerable progress on the same. Any threats to the country could also mean involvement of other bigger powers such as Russia, who also have strategic assets in the country.