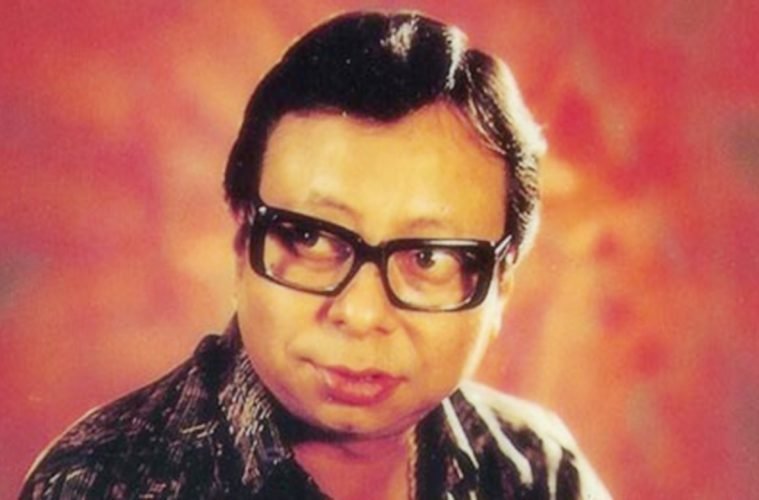 Today on his 79th birth anniversary, we remember the original Musafir of 90’s whose songs made many a people bond with their inner selves; R.D. Burman. The one they called Pancham Da, because he could cry on the fifth note as an infant, showed early signs of finesse. Only once in a million years comes an artist who leaves an imprint on masses with his soul stirring music. Anyone who’s experienced his music during 1960s to 1980s will always reminisce in the fond memory of the varied genres of music he gave to Indian Film Industry.

Starting at the age of 9, composing music for his father, Burman went on to become the only music composer who was sought by any movie director. He had become the sure shot formula to turn a movie into a hit, until the 1980s, when new class of composers came in. Burman was one-of-his-kind, with music which was like none other. So much so that, even years after his death, his songs are remixed and still used in many movies. Burman was the man behind the Rajesh Khanna era, where the youthful love stories started sprouting in Indian Cinema; a time he introduced electric rock in India.

R.D. Burman composed musical scores for 331 films during his career spanning over 30 years. Here are some of the songs of the great.

One of Burman’s first-ever hits, Teesri Manzil was also the last film by Nasir Hussain where Mohammad Rafi sang all the songs. And this combination gave us gems like ‘O Mere Sona Re’, ‘O Hassena Zulfonwali’, and ‘Aaja Aaja Mein Hoon Pyar Tera.’

The Asha Parekh-starrer brought us evergreen melodies like ‘Yeh Shaam Mastani’ and ‘Pyar Deewana Hota Hai’. This was also a movie where Mukesh got to sing the number ‘Jis Gali Mein Tera Ghar’ for Rajesh Khanna — the others were by Kishore Kumar — a rare combination.

With ABBA becoming popular in India around the time this film was released, Burman masterfully included their hit number ‘Honey Honey’ in ‘Kya Hua Tera Wada’. And who can forget Kishore Kumar’s excited and joyous vocals for ‘Bachna Ae Haseeno.’

Going through a personal life low; separation from his first wife, Burman composed this song in a hotel room. Sung by Kishore Kumar, the song went on to become one of the all-time favourites of the audience.

That was also the year of the biggest movie of India — Sholay. And with it we also got R.D. Burman’s larger-than-life vocals for ‘Mehbooba Mehbooba’. The song has since been remixed many times, beyond recognition in some cases, but the original is sure to bring back memories for many.

The combination of Burman and Kumar gave us amazing songs like-

The nightingale and Burman had us entwined to their following tunes-

R.D. Burman along wih his wife Asha Bhosle, gave us these gems-

We have loved Pancham Da during and after and we love him even today. Even google made millions of his fans happy by giving us a customised doodle a couple of years back.