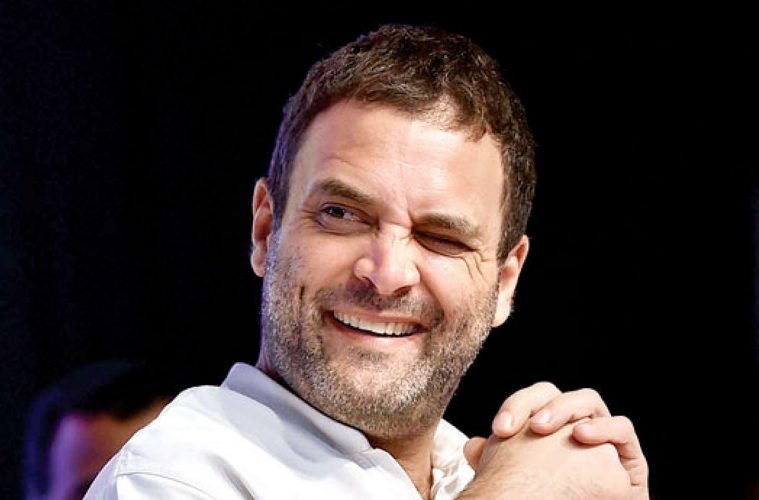 Rahul Gandhi: A Public Speaking Bio-Hazard Going Up Against Goliath

“Poverty is just a state of mind. It does not mean the scarcity of food, money or material things. If one possesses self-confidence, then one can overcome poverty.”

This is just one of the countless profound brain-farts from the esteemed representative of Congress, Rahul Gandhi. At 48 years of age today, the current President of INC is considered as a youth icon by many…err… of those who work for him. An oxymoron of the highest order since he’s neither young nor any sort of an icon, outside of Congress that is.

In one of the most influential political party in the country, both before and after Independence, which comprises of Harvard, Cambridge educated members with years of political experience behind them, if Rahul Gandhi is chosen to be the representative, it is a sign of a doomed political party, in terms of political ambition and willingness to continue.

Despite the colossal fiasco that 2014 Lok Sabha Elections were for Congress and its allies, the 2019 General Elections are touted as the ‘David vs Goliath’ battle of this century. Rahul Gandhi being the David, in case you were wondering. With such a spineless competition for the Goliath, the elections will simply give rise to a dictator even with the democratic process. The Goliath will have no fear of losing power since the political opponents, with a mere 44 seats, do not even qualify as opponents in the Lok Sabha.

Rahul Gandhi made his debut with a win in the 2004 Lok Sabha elections from Amethi. He entered youth politics in 2007, aged 37. No complaints. It wasn’t until the 2014 Lok Sabha Elections that we were introduced to the Gandhi scion’s oratory skills or lack thereof. Gandhi campaigned as the Vice-President of Congress. As the political campaign garnered speed, Rahul Gandhi was on the front lines, trying to convince angry voters to vote for Congress, in the wake of numerous scams.

Although Congress never really formally announce their PM candidate, it was clear who would be vying for the post. Opposite Congress was the BJP’s PM candidate Narendra Modi, a master orator who knew how to captivate the audience. A major component of Modi’s speeches was dissing Rahul Gandhi, making a mockery of his latest gaffe the previous day.

It is no coincidence that India’s stand-up comedy scene thrived during the same time as the Gandhi scion was doing stand up acts of his own, post-2013. Here are some of most glorious gems that transcend expertise in more domains than humanly possible:

– Geography (Gujarat is bigger than the United Kingdom)
– Philosophy (“Poverty is a State of Mind, if you have confidence, you will overcome it”)
– Population distribution (“10 out of 7 youths in Punjab have a drug problem”)
– Mathematics (“It is difficult to stop every terrorist attack; we can only stop 99% of them”)
– History (“Rani ki Jhansi, she is a hero”)
– Shit (“Hindustan Ek soch hai. Hindustan ek jagah hai….magar Hindustan ek soch hai“)

By the end of the embarrassing journey for Congress and for Rahul Gandhi, he had done more harm than good whenever he opened his mouth. He emerged as a laughing stock, and failed to read his audience, failed to motivate gatherings of any age group.

Modi’s tenure so far has been a mixed bag, to put it mildly for the literate bhakts reading this. The country bled through their eyes on that fateful night of 8th November 2016, 2000 hrs. I remember the date and time because it was traumatising. Petrol prices are crawling towards their maiden century. The blatant display of fearless violence is on the rise, is alarming and shows a clear lack of consequences. With such a resume, any sensible voter would look the other way.

But then, the other option is Rahul Gandhi. Could this be the year, India does the unthinkable?

World’s largest democracy is inching towards probably its biggest test, one that could potentially shape the future for this country. The Gandhi in charge of Congress in this one needs to step up its game if Congress is to avoid complete annihilation and extinction.