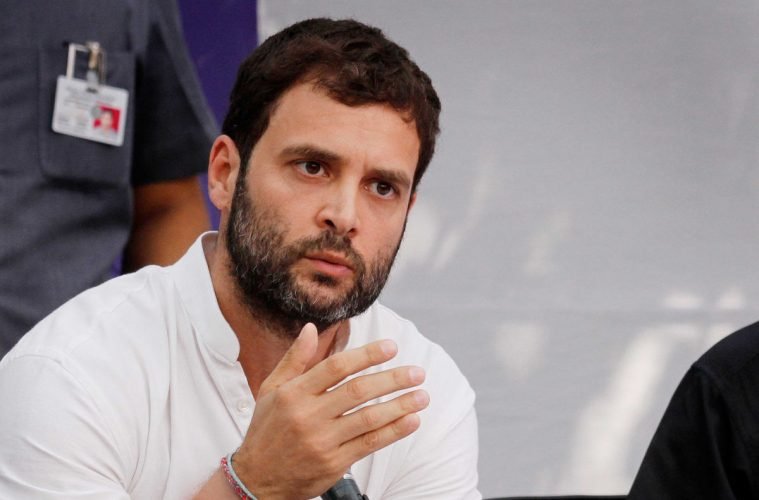 Rahul Gandhi In The US: An Embarrassment To The Nation?

Rahul Gandhi’s recent visit to the United Sates has provoked interest in India and abroad. His speech at University of California, Berkeley has been hailed as eloquent. It shows a surprising grasp at core issues facing the country. But it was Rahul Gandhi and blunders weren’t far away.

When member of the audience asked him a question, the ‘young’ leader found it very disquieting. In an embarrassing move for Gandhi, the heckler quipped about his ramblings on free speech.

This follows a pattern on how Rahul Gandhi’s public image has shaped up since and after him leading Congress into disaster in 2014.

From being expected to fill in the youth leader image of his father, Rajiv Gandhi, he has gone to be labeled as a bumbling nincompoop by most of the general public.

In the US, the general image of Rahul Gandhi is not very positive. He is assumed to be a failed scion of a fumbling political ideology slaughtered by populism. Though ideally, he and his party were always seen as bastion of liberalism in the country. In his speech, he largely managed to bring in near universal applause by the liberal intelligentsia of the Western US state. But the news back home wasn’t really good. Though congress hailed this visit as groundbreaking, the ruling party had another opinion.

They deemed Rahul Gandhi an embarrassment to the nation. And Rahul’s action in the following days didn’t help his case. And nor did the ghosts of his past.

Later in a conference attended by a handpicked group of NRIs, his main target group during his visit to the US, he committed a trademark Rahul blunder. He labeled leaders of the national independence movement, NRIs, including his own, grandfather, Jawaharlal Nehru. He stated that then independence movement was an NRI movement. Where men like Dadabhai Naraoji and M.K. Gandhi assimilated worldly knowledge and that helped to free India. He labeled the freedom movement a NRI movement. This didn’t find resonance even among his target audience.

Well, his track record back home isn’t something to be proud of either.

While the Doklam issue was in its full force, Rahul baba decided to take things into his own hands. He decided to approach Luo Zhaohui, the Chinese ambassador in New Delhi. He held separate talks with him. Internationally, governments hold the right to approach anyone across the political spectrum. But Rahul’s meeting with the Chinese envoy, did not really go down well with the general public. At the same time, Rahul’s woes in his latest adventure don’t seem to end. In a major political miscalculation, Rahul seemed to be candidly legitimizing dynastic politics. When asked about the same, he waved off the question by calling it a norm in India. Again, he was brutally mocked for this irresponsible statement.

While Rahul tries really hard to gain a mileage by speaking well at public events like the one in Berkeley, he doesn’t seem to exude the charisma expected out of him. Sushma Swaraj, in her speech at the UN General Assembly, exhibited this quality.

Rahul’s response to even this was moronic and partisan.

Instead of praising the speech, he instead focused on an imagery mentioned by Swaraj. She mentioned while India produced IIT’s and IIM’s, Pakistan produced Lashkar-e-Taiyaba and Jaish-e-Mohammed. He decided to thank Swaraj for acknowledging Congress’s role in setting up these esteemed education loans. He then went on to mention how Pakistan is a geopolitical threat to India.

This has become such a repetitive cycle for Rahul. Its almost predictable now. For instance, even his much praised speech at Berkley had a minor blunder hidden in it. He said the number of seats in the Lower House was 546, not 545. A Legislative House cannot have an even number of seats, what’s more unceremonial, in this incident, is that the Gandhi scion cannot go through an event without making mistakes. 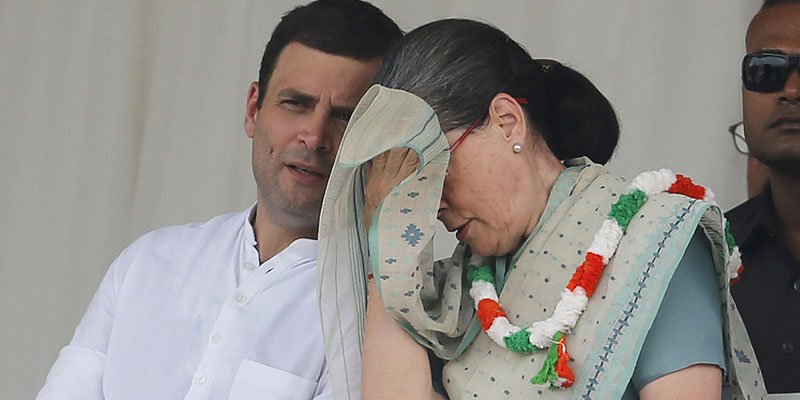 His repetitive stress on the fact that India has gone haywire after his family party went out of power didn’t sit well with most people either.

It was seen as a glib attempt by Gandhi to show that a civil war sort of situation is developing in India. That at every level of Indian social life, there is religious and casteist conflicts arising under the Modi sarkaar.

This doesn’t bode well for a person who aspires to be a legitimate voice of the opposition in 2019.

When he cannot defend the credibility of the nation outside, does he really deserve to be the voice of the same nation? It’s a democracy, so it’s the people who decide. But unless Gandhi shores up his act, that too doesn’t seem to bode too well for him.