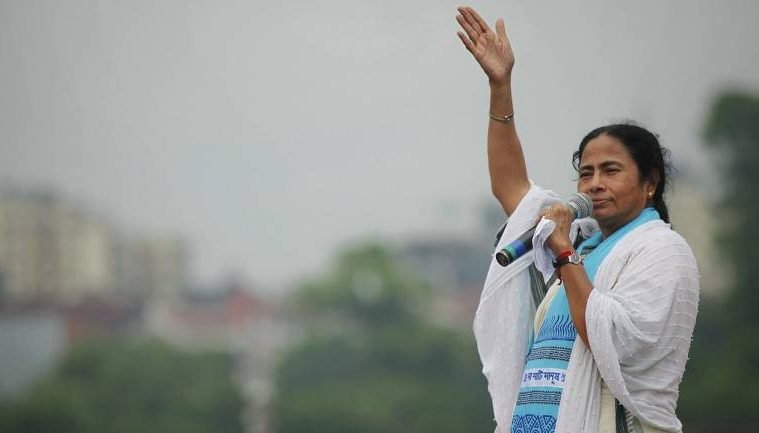 The national mandate is out – it is phir ek baar, Modi sarkaar. BJP has roared to a resounding victory all over the nation under the helm of Prime Minister Modi and now Home Minister Amit Shah. The new government is already underway with its policies and works. Obviously, the next 5 years shall be crucial in lieu of the economic and diplomatic development of the country. As the government goes to work, another issue boils up in West Bengal. The chanting of the “Jai Shri Ram” slogan comes to front.

How It All Began

It all started with two separate instances involving the state’s chief minister and TMC leader Mamata Banerjee, on May 5th and May 30th. Banerjee was attending events in the East Midnapore and North 24 Parganas districts respectively when crowds of BJP supporters and workers started chanting “Jai Shri Ram” incessantly. Footage captured shows the chief minister angrily exiting her vehicle and chastising the crowd for the chants. Going to the extent of ordering police personnel to arrest the crowd for hooliganism. The police department indeed makes a few arrests on Banerjee’s orders but the arrested are released due to lack of evidence.

Retaliation follows. BJP leaders announce that 10 lakh postcards will be sent to Banerjee, with “Jai Shri Ram” written on them. BJP leader Arjun Singh pans the chief minister’s actions, calls her “mental”. He says that party workers will infiltrate every event she attends with the chants and blow conches as well. All this to make an impact and address her insensitive actions.

Bihar deputy chief minister Sushil Kumar Modi also criticises Mamata’s orders of arrest. He alleges that the chief minister is working on alienating the Hindu community of West Bengal. He takes potshots at the secular image of Banerjee and RJD leader Tejashwi Yadav, criticising the former’s stance on religious chants in the lieu of vernacular backgrounds and the latter’s silence on the matter. 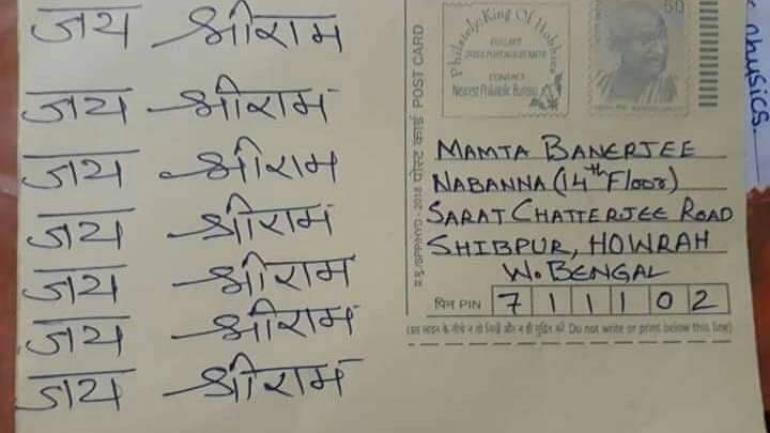 Mamata Banerjee takes to blog and Facebook posts to share her views on the matter. She says that she respects different political chants in a democratic environment but the “Jai Shri Ram” chants are religiously charged. Banerjee asserts that it is the misuse of religious sentiments that she vehemently opposes. She says that her party will never condone the spread of hate through communal chants, violence and vandalism.

Following her blog posts, potshots exchanges between the two parties have increases manifold. Starting with Asansol MP Babul Supriyo stating that the West Bengal chief minister is not well and needs time to recover. The situation rises to a crescendo over the past few days as stories of barrack-looting between the two parties becoming common in the state. This is spreading like a plague that is catching up with Banerjee herself as she painted the TMC logo over the BJP’s lotus on a BJP office wall.

As the issue finds its way into the news time and again, it is important to understand the ramifications and the background of it. The BJP did not just cruise to victory in the national elections, they managed to bag 18 seats in West Bengal, a far cry from their two successes in the 2014 elections. TMC fared just better than BJP in the recently-concluded elections, garnering 22 seats and a marginal gap over the opponents. In the 2014 elections, TMC had won a whopping 34 seats, establishing dominance in a bastion that has eluded BJP since times immemorial.

With their recent showings, the saffron party has obviously managed to make inroads into the fortress. Obviously, this is a fact that will no doubt worry Banerjee as the assembly elections approach. The recent induction of multitudes of party workers, leaders and politicians into BJP will do less to extinguish those worrying streaks. In a playing ground where she has clearly been the only major player, Banerjee will have to lock horns with what appears to be an invincible BJP powered by Modi’s charisma and Shah’s strategising.

The religious and communal overtones this battle has taken is also not lost on anybody. While the chief minister protests the use of religious chants in a political rally, the BJP asserts the rights of Hindus to chant in their observance and celebration of their religion. Banerjee has been facing criticism by political foes in the past for focusing too heavily on minorities in her state.

Sushil Kumer Modi, in his attack, alleges that the TMC government is providing asylum to Bangladeshi infiltrators. The party has been accusing the chief minister of alienating the “lakhs of Hindi-speaking people” who reside in West Bengal. The binaries of the Hindi-speaking populace and the refugees from the Muslim nation are blatantly obvious. 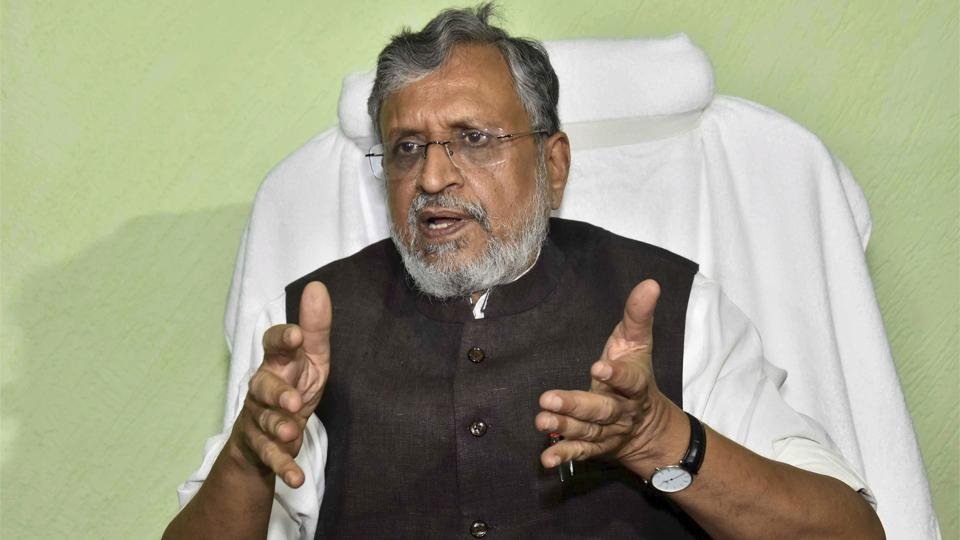 The Glaring In-regularities Creating The Issue

The implications of the fact that the deity in question in Ram is, again, glaringly obvious. This is obvious to anyone who has known of the political history of the BJP. The issue also stands on polar opposites with cases of people being forced to chant “Jai Shri Ram” by communal crowds in other parts of the nation like Gurugram and Tamil Nadu. As some social media users pointed out, the chant is a lifesaver in some parts of the nation while an apparent death knoll in others.

Whether or not the crowds chanting the slogan to incite Banerjee is unclear. But the issue has snowballed into a news item charging with political, religious and communal bearings. The distasteful shots the two parties are taking at each other is not helping the case either. In lieu of this, it seems highly unlikely that the last of this topic has been heard.