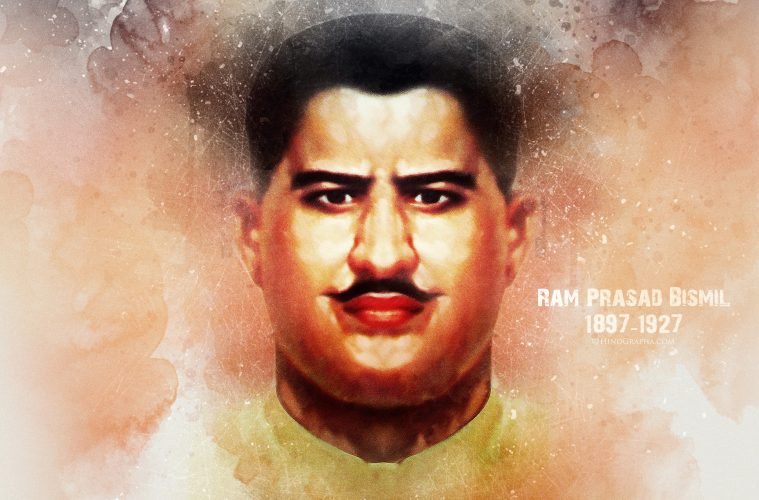 Ram Prasad Bismil – The Warrior Of Pen And Pistol

It was the evening of 18th December, 1927 when an old woman and her husband were waiting at the gates of Gorakhpur Central Jail. A young man joined them soon. Nobody knew who he was but there was a tension in the air and anxiety was written all over their foreheads. The youngster knew that the couple would be allowed to enter the jail premises, but how would he meet them? However, when the guard objected, the woman said, “Please allow him, he is my sister’s son”.

Soon the woman’s son was brought in front of her. Chains had adorned his well built muscular body as a king’s robe. A single tear rolled down his cheeks. Pat came his mother’s lashing in a firm voice, “What is this son? I thought my son was a hero whose name only was capable to make the British shiver! If you had to cry, why did you become a revolutionary?” Guards were surprised at such a resolute mother. “These are tears of joy Maa”, was her son’s reply. The last meeting ended.

Next morning he got up earlier than usual, bathed and said his morning prayers. He wrote his last letter to his mother. Soon his shackles were removed and he was taken to gallows. The officials were amazed as there was nothing but bliss on his face. As he moved, he joyfully chanted ‘Vande Mataram‘ and ‘Bharat Mata ki Jai‘. Then he calmly recited his prayers – ‘Vishwani deva savithaha dunithani….’ and the warrior of Pen and pistol – Ram Prasad Bismil embraced death like a hero.

Many people maintain that Indian revolutionary faction majorly consisting of hot headed teenagers and youngsters who had no clue of what they were doing. Right from the colonizers to our own countrymen, these revolutionaries were looked down upon as misguided youth. However, the saddest part is, there still are people who consider these revolutionaries ‘misguided’. For such people, I present the following conversation between two such revolutionaries, who were also best friends.

In a secret place, a few revolutionaries had met to decide the future course of action. During the conversation, Bismil, who used to love urdu shayari, said-

Ashfaq, sitting at the other corner said, “Ameen” and replied-

This was the first time when Ram Prasad Bismil had met Ashfaq Ullah Khan. For the people who can understand a little bit of Urdu, will realise the quality of brilliant men attending that meeting.

Pundit Ram Prasad Bismil lead a small but legendary life which India cannot forget till the time she exists. Born on 11 June 1897, he was a rebel from childhood. By the age fourteen, like many of us, he had discovered small joys in stealing money from his father’s wallet. That money was used in buying bhaang, cigarettes and urdu novels. Nobody knew that the company of Bhaang and Cigarettes would be very short lived in his life but Urdu poetry would give him company till the last day he valiantly lived.

It was the evening of the 9th of August 1925; the number eight down train was passing near Kakori. Ram Prasad and his nine revolutionary followers pulled the chain and stopped it. They looted the government money being transported which was kept in the Guard’s carriage. There would have been no bloodshed but a guard died in an accident.

As a result, this extremely well planned strike shook the British establishment. After a month of detailed preliminary inquiries and elaborate preparations the government cast its net wide for the revolutionaries. Furthermore, arrest warrants were issued not only against the ten participants but also against other leaders of the Hindustan Republican Association. As a result, with the lone exception of Chandrashekhar Azad, all participants were caught.

The case went on for over a year and a half. Ram Prasad, Ashfaqullah, Roshan Singh and Rajendra Lahiri were sentenced to death. This is just one of the instances in his life. There are many more. The point of this article is not to tell you what happened in Bismil’s life verbatim. Objective is to point you in the right direction.

One day, Bismil was walking with Ashfaq when he heard him humming Jigar Moradabadi’s ghazal-

He smiled. Ashfaq asked, “Ram bhai, did I say something wrong?”

Bismil replied, “Are Kanhaiyya, you know I respect Jigar sahab a lot. But using Ghalib’s style to say the same old thing is no big deal. If he would have said something new, I would have definitely said ‘Irshaad’.

“Huh. Why don’t you try something new and I will believe you are better than both- Ghalib and Jigar?” Ashfaq had no idea that Bismil’s reply would be written in golden letter and inspire generations after generations. 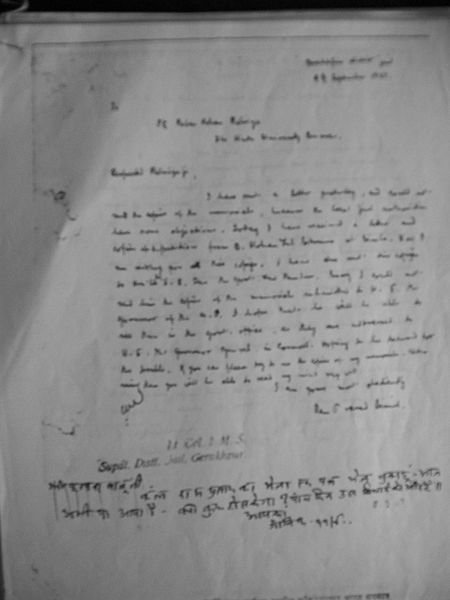 Ashfaq jumped and hugged him. All he could muster was, “Ram bhai, maan gaye!” And this is how the foundation stone of this legendary creation was kept.

I will leave you many open ended questions. How did Bismil change from a rowdy bhaang eating youngster to patriot of highest order and why did he exercise so much? How did he form ‘Matrivedi‘, his first underground revolutionary outfit and consequently who helped him? Also, why did he force Ashfaq to submit a mercy plea? You will find all these answers in Ram Prasad Bismil’s autobiography, which he wrote in jail. Do read.

His last sher which he sent out to his comrades was:

This article was originally published on Campusghanta.com.