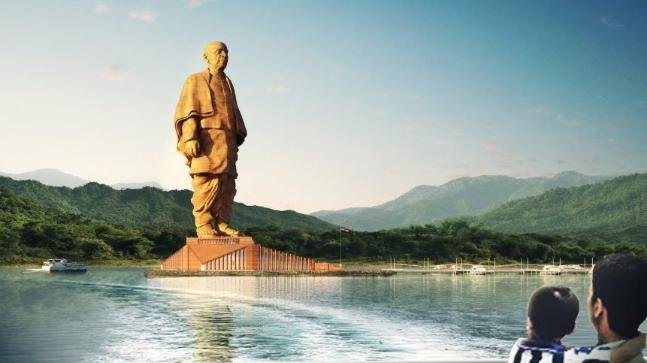 India is glorified as the land of diversity. As an Indian, this diverse and accommodating nature of the country is something we are proud of. North to South, East to West, we are lucky to experience the varied cultures and traditions in a single land. Today, we are 29 states, each with different languages and unique cultures but still we are one at heart. WE ARE INDIANS. Sardar Vallabhbhai Patel, the Iron Man of India, made this astonishing feat possible. The word Sardar itself means “leader”, he was the man who brought the present India in existence. He is the founding father of the Republic of India.

We celebrate 31st October, the birth anniversary of Sardar Patel as the Rashtriya Ekta Diwas (National Unity Day). The government of India introduced the celebration in 2014 to pay our debts of gratitude to Vallabhbhai Patel, who was instrumental in keeping India united. This day provides an opportunity to re-affirm the inherent strength of our nation.

To honour the eminent leader and pay tribute to his contributions the statue of unity has been unveiled today. It is the tallest statue in the world with the height of 182 metre. It is twice the height of statue of liberty. This height is significant of the height of respect due to him as a leader.

Just imagine, it would have been so troublesome to get more than 560 visas to travel the length and breadth of present India. This is kind of unimaginable, right? We can’t even think of our country being separated into numerous different nations. Separation from one part (Pakistan) is still unbearable us.

It was the tireless efforts of Sardar Patel that brought more than 560 princely states under the Union of India (these princely states had the option of merging with either India or Pakistan or remain autonomous). Threatening military force, Patel persuaded almost every princely state to accede to India. His commitment to national integration in the newly independent country was total and uncompromising, earning him the sobriquet “Iron Man of India”. We also know him as the “Bismarck of India” and “unifier of India”. 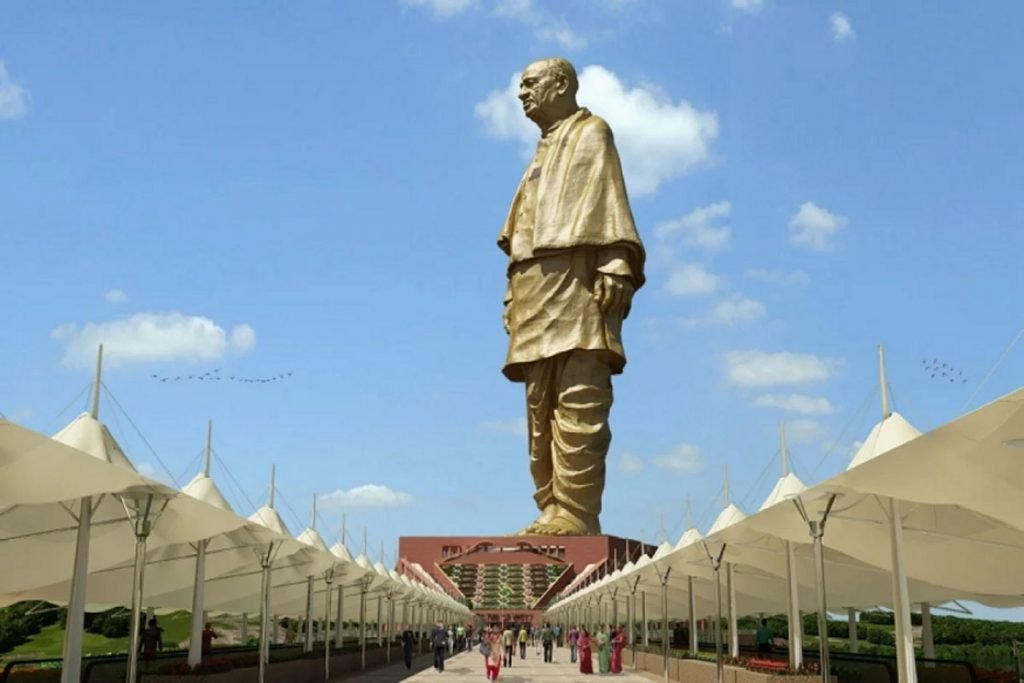 Sardar Patel was the son of soil, belonging to a farmer family. His life was filled with struggles to reach the heights he reached. He became a barrister with his own efforts. He studied in London and was a westernised person deck up with western suit and boots. It was only after his meeting with Mahatma Gandhi in 1917, he was influenced and convinced by Gandhi. Once convinced, he was convinced for life and he joined the independence struggle. He was the real hero behind the success of Kheda and Bardoli Satyagraha. He was the man of action with firm resolve to free his people from the clutches of slavery.

Incidents from his life

He was a selfless person who crushed his own desires for his elder brother’s dreams to study in London. He purchased tickets to London from his hard-earned money but his elder brother Vithalbhai said it would be disreputable for an elder brother to follow his younger brother. Since both had same initials i.e. V.J. Patel, he allowed his elder to go first and pursue his studies.

Another important incident from his life, proves that he was a practical man. He took decisions based on practicality. Emotions did not sway his decisions. In 1909, his wife Jhaverba went through a surgery for cancer. She succumbed to death despite a successful surgery. He got the news of her demise while he was cross-examining a witness in court. He read the note and kept it in his pocket without any expression of remorse or stress. Sardar Patel continued the proceedings, it was only after winning the case, he announced the demise of his wife.

It is often said Patel would have made a better Prime Minister for India than Nehru. It is said Nehru was given the responsibility of merging Kashmir to the Union of India because he was a Kashmiri Pandit but he was unsuccessful in accomplishing the task. He managed to get it partially and now it is the biggest headache of the country. It is a common assumption that Sardar Patel would have done a better job than Nehru.

Kashmir and Hyderabad were the two states with muslim majority population and there was possibility of merger with Pakistan on the grounds of religion. Sardar Patel wanted to give away Kashmir, he didn’t have any romantic love for Kashmir like Nehru had. He wanted to safeguard the interest of India by choosing Hyderabad over Kashmir since it is the heart of India. If Hyderabad went to Pakistan, it would have endangered the sovereignty of India and be more dangerous. So if Patel would have been the PM of the time, we can assume the Kashmir problem would have been non-existent.

Patel was never in favour of a divided India. He rubbished the two nation theory by Jinnah. Though a staunch Hindu, he had a deep appreciation for the diverse culture of India. The idea of seeing India divided was unacceptable to him. But due to the ongoing circumstances, it dawned upon him that partition was going to be a reality, he came around to use his influence to see that Congress accepted it. He didn’t wish the nation to break out in civil war. He had realised that partition was a necessary evil. He organised relief efforts for refugees fleeing from Punjab and Delhi and worked to restore peace.

Sardar Patel formulated solutions one by one, weaving the warp and weft of unity on the axis of a single thread by integrating the hundreds of states that would have parted their ways from the dominion of India. Though he supported partition to avoid the communal violence but couldn’t prevent it. He tried to heal to the wound of separation by bringing together the present territory of Union of India.