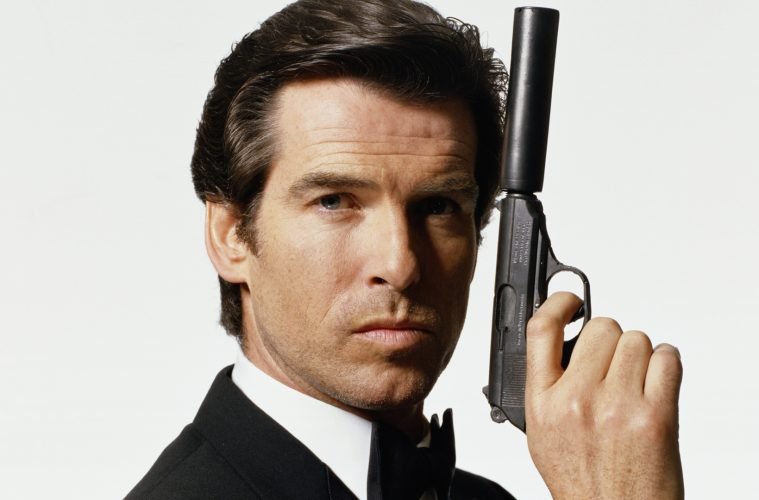 Life Of Spy: The Real Life James Bonds Around The World

What comes to our mind when we hear this word? For nearly 80 percent of us, the most obvious choice would be James Bond. The man in fancy suits, awesome cars and gadgets, who always manages to charm everyone. It is safe to assume that there are no spies exactly like James Bond. Being a spy as job in the real life is not always as interesting and glamorous as they show it on the big screen.

There are, however, some real life spies who choose this profession and excelled at it. Let us talk about them. 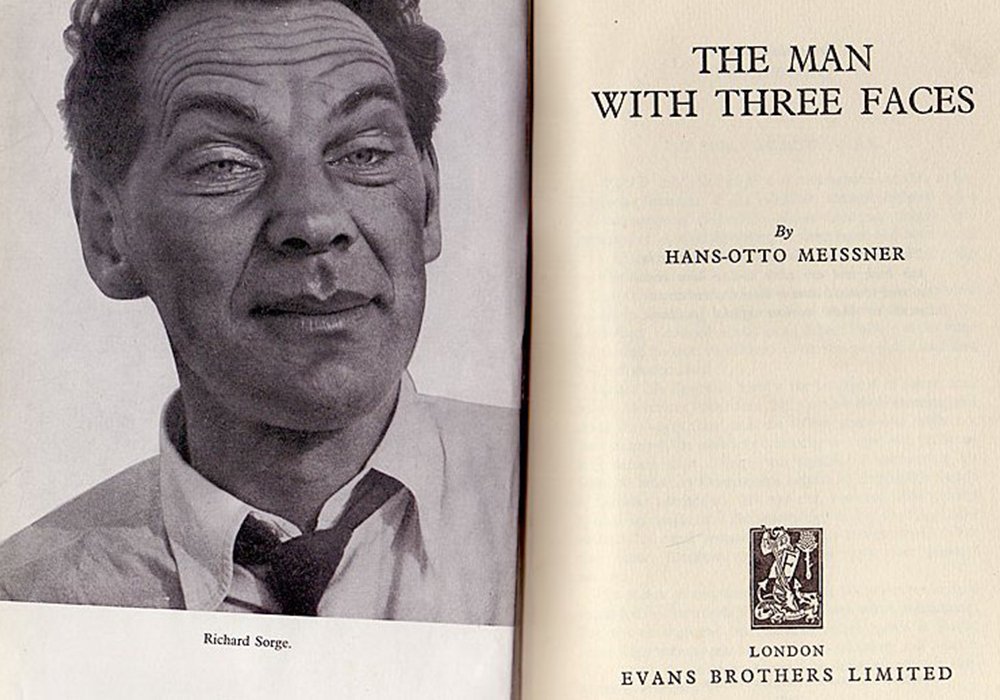 If we are talking about Bond like spies, who better to start the list with than a spy who was possibly a source of inspiration for Ian Fleming? Richard Sorge was born in Russia in the year 1895. He served in the German Army during World War I. In 1924, he fled to the Soviet Union. By 1929, Sorge had started working for GRU or the Main Intelligence Directorate. His first assignment, in Japan, was to report on Japan’s plans for the Soviet Union. Sorge quickly acquainted himself with Colonel Eugene Ott, the German military attaché in Tokyo. Over the next few years, Sorge got himself to be one of Ott’s closest advisors.

This relationship paid off when Sorge started to get his hands on classified Japanese communications with the Germans. During the Battle of Lake Khasan and Khalkhin Gol, Sorge reported that the Japanese had no intention of turning these battles into a full-scale war. This assurance helped the Soviets dominate the battles and force Japan into accepting their terms. It is worth noting that both the battles were almost an year apart.

In May 1941, Sorge warned USSR of a planned German attack. Stalin did not trust the information and hence ignored the warning. The Red Army was in shock when the Nazis attacked a month later. This prompted the Soviets to rely heavily on Sorge’s information. They wanted to know whether the Japanese would make use of this opportunity to launch a double sided attack or not. When Sorge confirmed in September 1941 that the Imperial Army would not be focusing on the Soviet Union, Stalin was able to confidently reinforce his western border. This vital assurance by Sorge helped the Soviets win the war against Nazi Germany.

In a way, Richard Sorge had a big hand in saving the USSR from a World War defeat. Richard Sorge died in a Japanese prison. He was given the title of “Hero of the Soviet Union”. 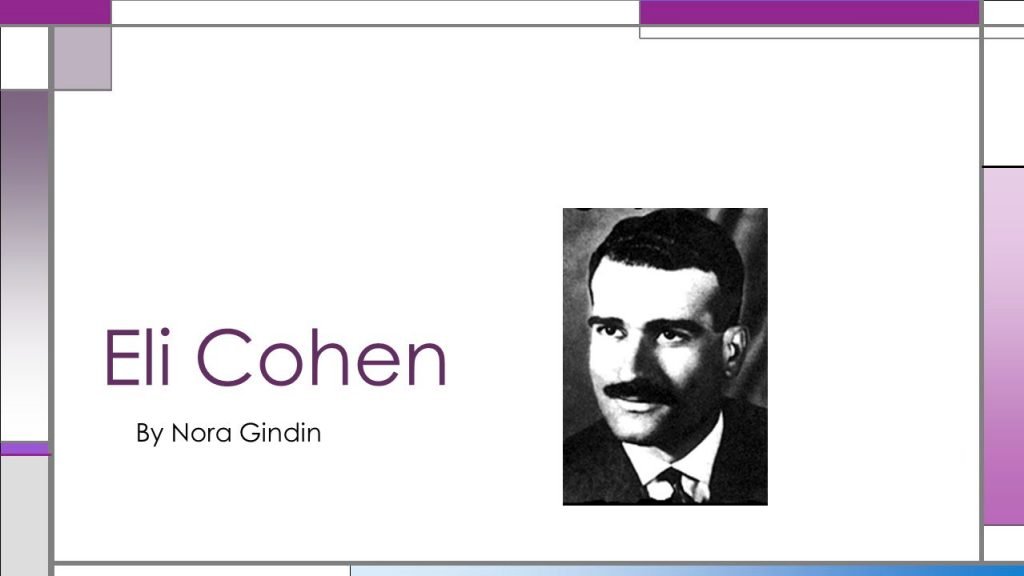 A spy’s work is not a day’s job, but an assignment that could stretch over years. Israeli spy Eli Cohen proved this. He was born in 1924 and started to work for Mossad in 1961. Cohen’s only aim was to infiltrate the Syrian Government.

Cohen started his assignment in Argentina, where he built relations with high level Syrian officials. He moved to Syria in 1962 and increased his social stature in the Syrian political circles. He hosted parties at his apartment for the officials who would divulge state and military secrets to Cohen under the influence of alcohol. Eli increased his closeness to the Syrian government by providing them loans. This just increased their trust in Cohen. So much so, that they would take him out to military installations along the border. This provided Cohen direct visual access to Syrian defense positions against Israel.

His most notable achievement was the fact that he advised Syrian military to plant trees along the border to spare Syrian soldiers the sun’s wrath. While Syrians readily took action as per his advice, the trees were used by Israeli military as target markers in the Six Day war. Cohen took an year to set up his relations with Syrian officials. The preparation period of one year sounds miniscule when it is stated that he provided Mossad with intelligence for over four years and maintained his secret identity, behind enemy lines, for a similar period.

In 1965, Eli Cohen was caught by the Syrians and hanged publicly in Damascus. He has since become a national hero in Israel. The discovery of Cohen as an Israeli spy was an embarrassment to Damascus as they not only partied with him, but also took his advice on various military decisions. 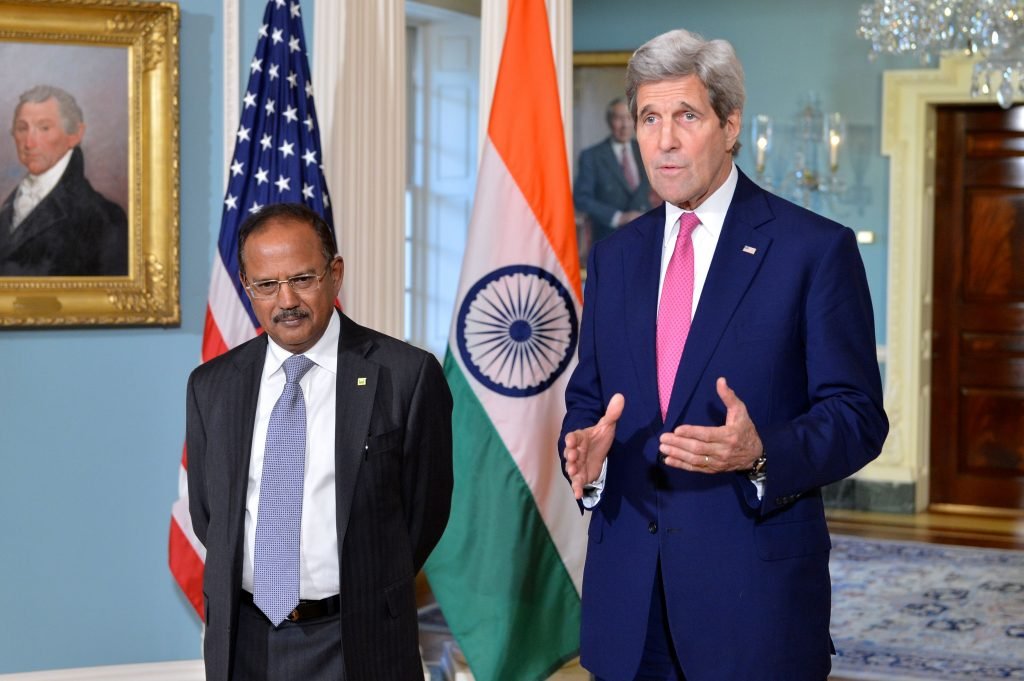 Every Indian today is familiar with this name. Ajit Doval recently rose to fame when he was appointed the National Security Advisor for India. However, it wasn’t the appointment that gave him the fame, it was his past activities as a spy.

Born in 1945, Ajit Doval joined the IPS in 1968. Doval was one of the three negotiators who secured the release of passengers from the hijacked IC-814. However, Doval is much famously known for his clandestine operations where he took on various secret identities and infiltrated the enemy forces quite successfully. Most notable of these are his infiltrations of the Mizo National Army and the Pro-Khalistan militants.

He spent long periods being undercover in the Chinese territory trying to infiltrate the Mizo National Army. Doval was successful in winning over six of the seven commanders that were the closest to the Chief of the Army.

When the Golden Temple was overrun by Pro-Khalistan militants, Ajit Doval was the Army’s “Inside Man“. The Indian Army had no idea about the number, positions or the strengths of the militants. Ajit Doval loitered around the area for a while, posing to be a vendor. The militants captured and took him inside the temple. This is exactly what he wanted. Once inside, Doval convinced them that he had been sent by the ISI to help the militants against the Indian Army. He was again successful in deceiving the enemy. The militants then proceeded to show him the fortifications setup against an Army attack and also told him the various planned strategies. His information helped the Army successfully execute Operation Black Thunder.

Ajit Doval also spent six years undercover in Pakistan. Not much is known about his work there but it is rumoured that he kept the Indian Government updated with Pakistan’s nuclear development. He served as Director of Intelligence Bureau from 2004 to 2005. After retiring in 2005 he founded the Vivekananda International Foundation, an Indian public policy think tank. He currently serves as the National Security Adviser to PM Modi. 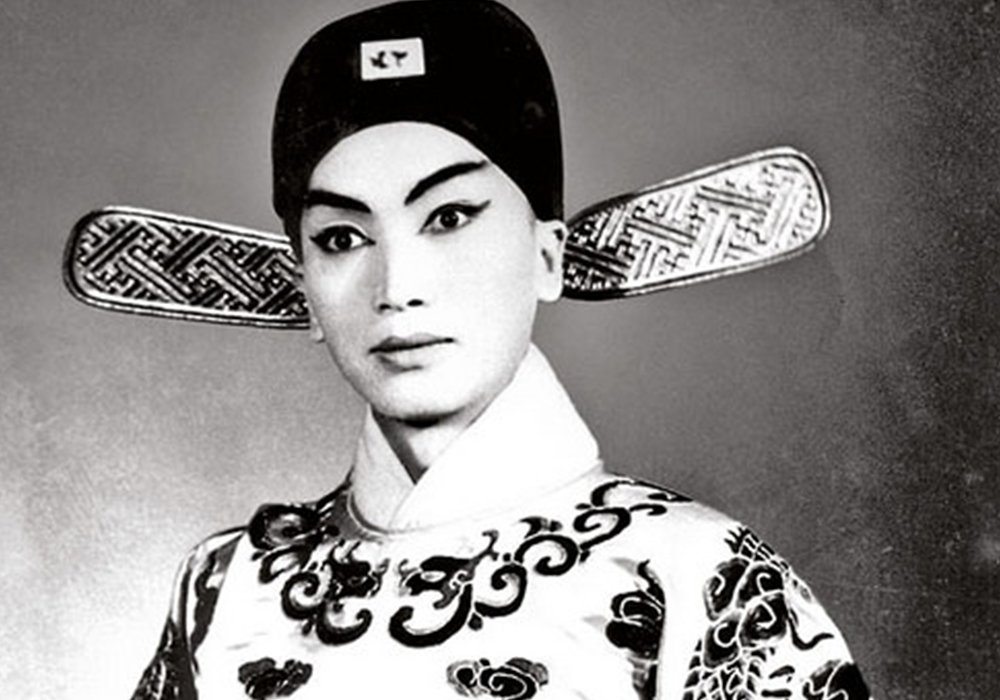 This one is quite interesting. Interesting in a manner that I would advise anyone under the age of 18 years and Pahlaj Nihalani to skip reading this entry.

Shi Pei Pu was born in 1938 in China. By the age of 20, he was an opera actor and also a writer. At 26, Shi Pei Pu met Bernard Boursicot, a French Diplomat stationed at the French embassy in Beijing. Over the years, the two of them got closer and eventually Shi Pei Pu revealed to Boursicot a grave & terrible personal secret. He revealed that his father was a man who preferred sons over daughters. So much so, that Shi Pei Pu had to disguise herself as a man. Yes, Shi Pei Pu revealed that “he” was actually a “she” in the disguise of a “he“. By revealing such a secret, Shi Pei Pu had literally given her life to Boursicot. Bouriscot couldn’t help but fall in love with the newly discovered woman. The couple got closer over the next few years.

However, they were prevented to declare their love openly as in the eyes of the public, Shi Pei Pu was a man. Chinese officers kept a close watch on them at every meeting. To keep the Chinese at bay, Bouriscot offered to give them embassy secrets. The Chinese welcomed this offer and Bouriscot brought them intelligence over Soviet operations, who were a French ally at the time. Shi Pei Pu was thus instrumental in getting vital information for her country by using the famous spy technique – honey-trapping.

Years later, both of them were arrested by the French Intelligence Services on charges of leaking classified information. It was then that it was revealed, even to Bouriscot, that Shi Pei Pu was in fact, a man!

Bouriscot was overcome with shock. He had made love to this alleged man. He even had a baby with this person. Bouriscot maintained that Pei Pu was just saving herself from the punishments of Communist China. Shi Pei Pu had to prove it visually to Bouriscot that he was, in fact, a man. Shi Pei Pu also confessed that the baby had actually been bought from a doctor in the Xinjiang province. The couple were sentenced to six years in prison and were pardoned only a year later. And yes, both were sent to the men’s prison.

In my opinion, this is probably the farthest a spy has gone to maintain his undercover identity and ensure the success of one single assignment. 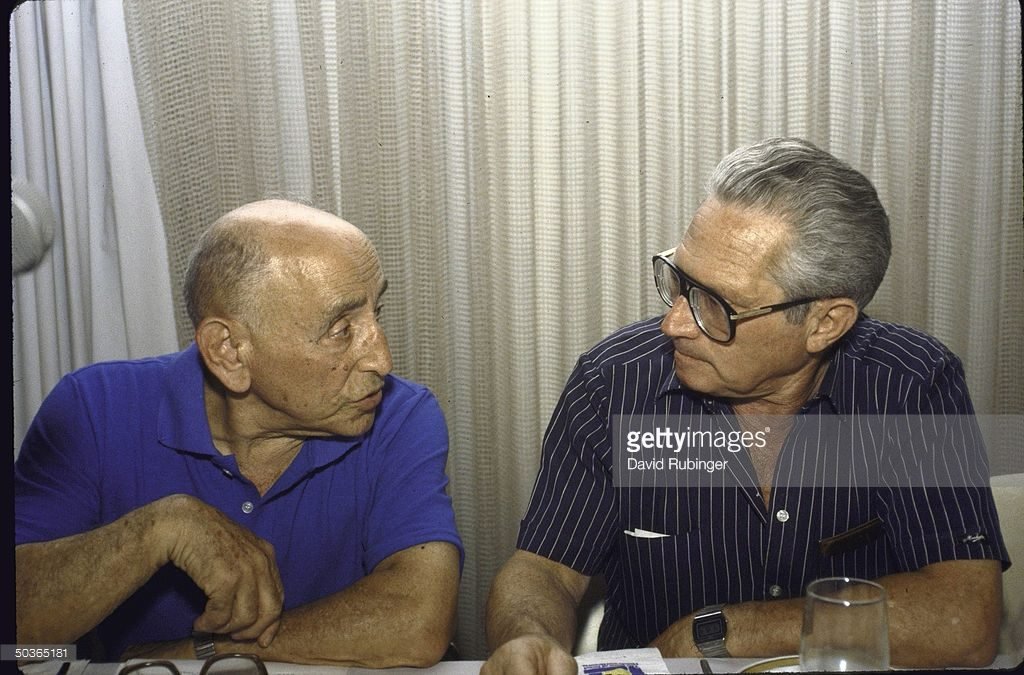 The Israeli Intelligence Services are known to be one of the best intelligence agencies in the world. And if anyone knows about Mossad, they would surely have heard of Isser Harel.

Isser Harel is known as one of the most formidable spies Israel has ever produced. He founded the Israeli Internal security agency, Shin Bet. He also served as the second director of Mossad for over ten years. Isser Harel is also credited as being one of the major contributors to shaping Mossad into the formidable intelligence agency it is. It was then that he carried out most of his famous operations. One of these was the capture of Nazi war criminal, Adolf Eichmann.

Adolf Eichmann was a Nazi officer who planned and executed the Holocaust. He fled to Austria and then to Argentina after the German defeat in World War II. Isser Harel, as director of the Mossad, set up a team to confirm the identity of Eichmann in Argentina. After the confirmation of identity, Isser himself went down to Argentina to supervise the kidnapping of Eichmann. In an operation, Isser Harel and his team captured Eichmann. They gave him a makeover and brought him to Tel Aviv under the cover of an Israeli flight attendant. (This  might very well have been the inspiration for the 2015 bollywood movie, ‘Baby‘).

In Israel, Eichmann faced trial for his crimes against humanity. He breathed his last breath in 1962. The trial and subsequent hanging of Eichmann was a great victory for Israel and Mossad. It made the world realize that Israel was not a force to trifled with.

Apart from the Eichmann operation, Isser Harel is known for various other operations conducted under his leadership in Mossad. He was also the director when Mossad acquired Nikita Khrushchev’s speech against Stalin. The same speech helped Mossad establish cordial relations with the Americans, something that has helped Israel in their war against the Arabian countries.

The spies listed above show that not all operations are as quick and fast paced as Ian Fleming shows, but they do happen with the same style and panache.