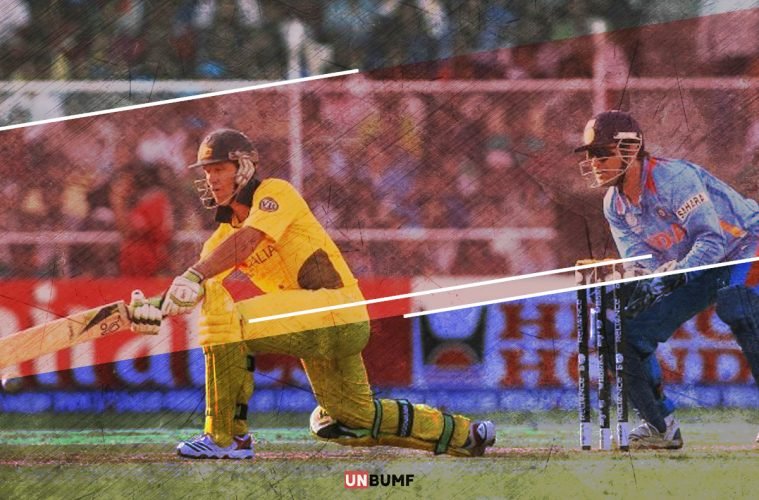 The most popular sport in the second largest country has just received the latest over-the-air update as far the rules of the sport are concerned. Based on the recommendations made by an Anil Kumble led panel, the new rules have been accepted. The ICC announced that the new rules in Cricket will take effect from  October. The latest update includes some pretty exciting new rules as well as tidying up some of the old cranky ones. They will take effect beginning with the Pakistan-Sri Lanka test, Bangladesh-South Africa test and the India-Australia ODI; all slated for October. 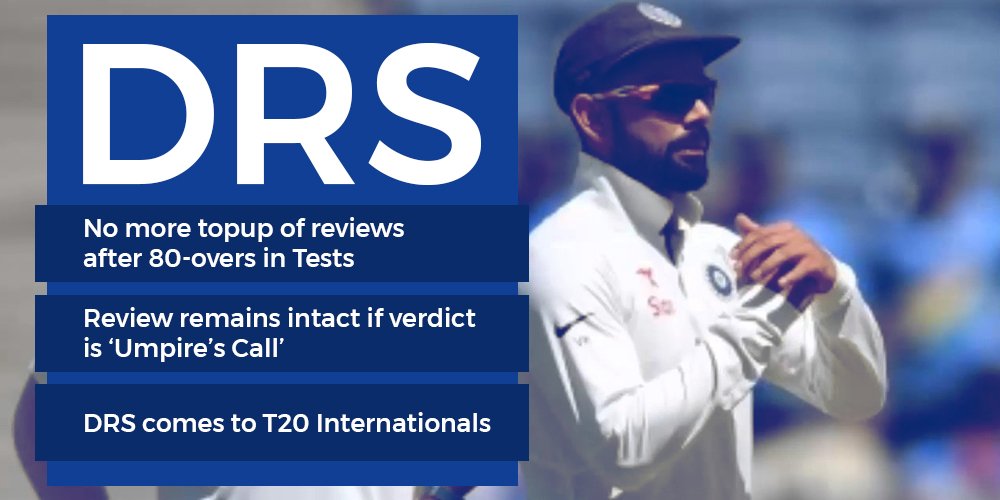 The DRS was introduced as a revolutionary law in cricket taking a cue from Tennis’ Hawk-Eye technology. It was the perfect example of integrating technology into cricket to modernize the game along with the times. It was received with mixed reviews with India being one of the sternest opponents of DRS. Since its introduction in 2009, rules pertaining to the system have gone through a few amendments.

The latest ones are here and soon to be introduced. Teams opting for the review under DRS will not lose their reviews if the verdict ends up being ‘Umpire’s Call’. Umpire’s Call verdicts come into effect when the TV replays and analysis comes up short as inconclusive. Earlier in test cricket, the no. of reviews with each team were reset to two at the end of the 80-over mark. With the latest amendments, this practice is obsolete. The DRS will also be used in T20 Internationals which was not the case till now. Ball tracking (Hawk-Eye) and Edge Detection (Snickometer) technologies are mandatory as part of DRS. 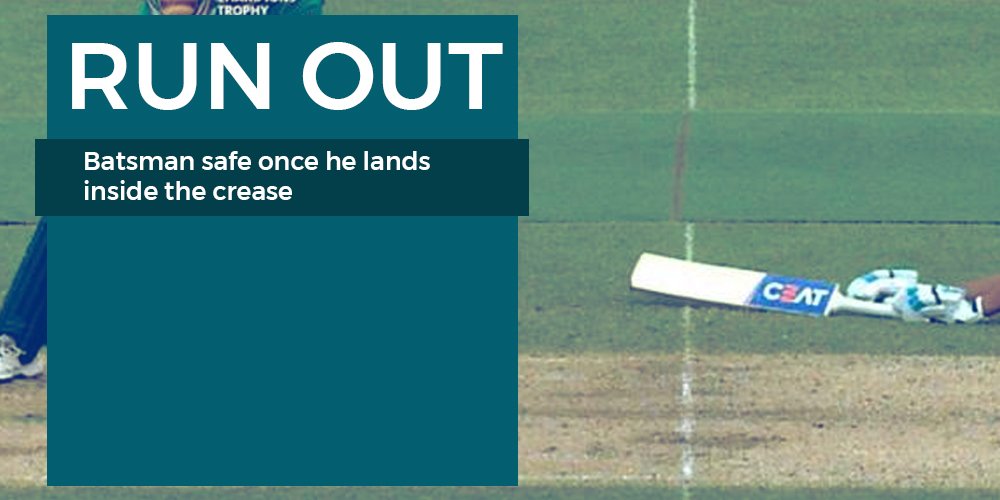 There have been numerous instances where a batsman has been ruled out while trying to complete a run and finds his bat in the air at the time the bails come off. This even after having grounded his bat once within the crease. Rohit Sharma was at the receiving end of this in the recently concluded India-Sri Lanka series. According to the new rules, a batsman will be deemed safe once he grounds his bat legally within the crease. 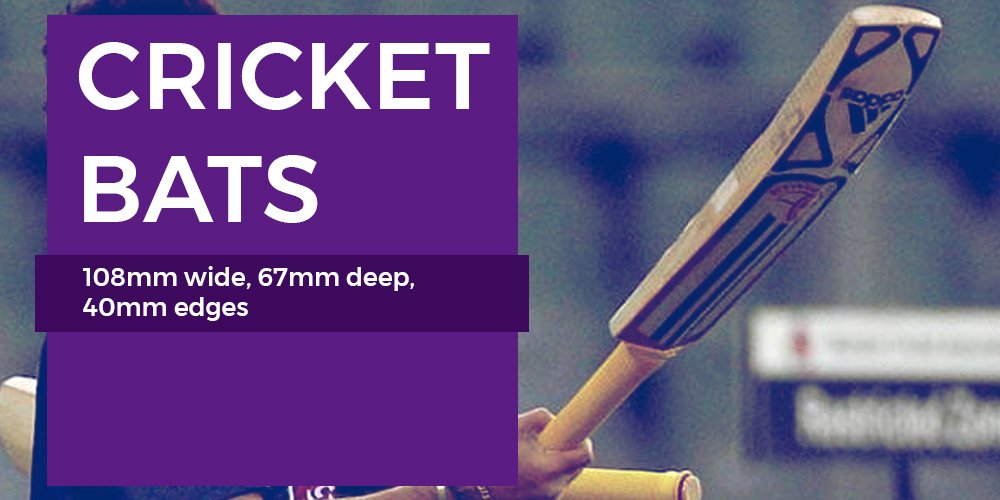 In order to ‘redress the balance between bat and ball’, the ICC has decided to restrict the dimensions of the cricket bat to a maximum of 108mm width, 67mm depth with a maximum of 40mm edges. Without these restrictions, cricket bats were made with an increased thickness to enhance the sweet spot. This favored the batsmen in mauling the bowlers across the park, arguably unfairly. With manufacturers having innovated with Mongoose bats among others, the new restrictions should come as a welcome move for the bowlers.

4. Sending players off the field 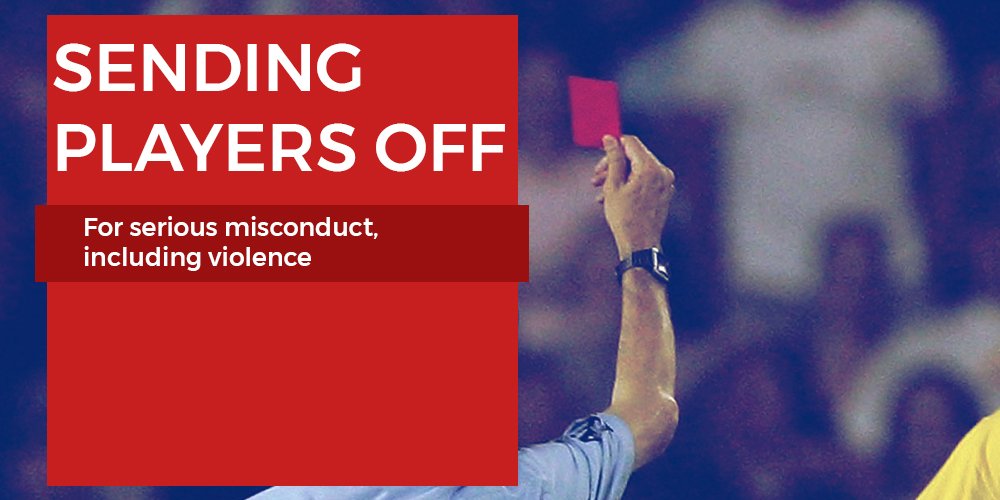 In soccer, referees have the power to send off unruly players off the field for an over-aggressive tackle or some unkind behavior. Similar is the case in Hockey. A similar rule will be introduced in cricket. According to this, the on-field umpires will be able to send players off the field for misconduct. It will need to be seen if this power is ever exercised by the umpires since the ICC already has severe sanctions in place to deal with ungentlemanly behavior. Also unclear is if this rule will be equally applicable to both the batting and fielding sides.

As the game continues to evolve in terms of popularity and reach, it’s imperative that the laws governing it also adapt to changing times. It’s a good sign that ICC has been keeping an eye on inconsistencies in existing rules, the run-out rule for instance. They have also been trying to bridge the gap between batsmen and bowlers. Introduction of powerplays was one such attempt. There have been some unsuccessful rules along the way as well like the disastrous Super-sub rule. But the governing council needs to keep experimenting to make the game more exciting. Such amendments could prove instrumental in increasing cricket’s appeal in other countries, at least for the smallest format.