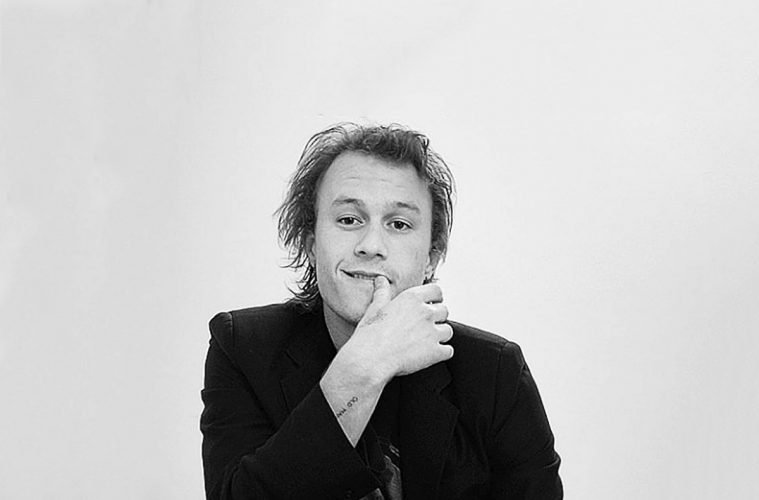 Remembering Heath Ledger On His Birthday – The Handsome, The Lunatic, The Charismatic

In 1999, when Patrick Verona slid down the pole in the bleachers while singing, “Can’t take my eyes off of you”, girls across the globe knew they were in love. When Ennis Del Mar and Jack Twist made love on screen in 2005, it was infectious. When Joker made the lives of Harvey Dent and the Batman miserable in 2008, everyone loved the character that was planted in the movie to be hated. Could anyone else have done it better? Maybe, Maybe not. But one thing is for sure the film industry needed Heath Ledger.

Born on April 4th, 1979 in Perth, Australia, Heath was named after one of the protagonists from the famous novel “Wuthering Heights” by Emily Brontë. Ledger was keen on being in dramatics since childhood. He was a part of many Australian movies till 1998, when he decided to move to Hollywood for better.

Professional Life and goodwill in the industry

When Heath entered Hollywood he was mostly casted for his “beautiful features”. This did not leave him many takers for variety of roles available. He realized that he was getting type-casted. He loved his art-form and wanted to work to evolve as an actor with each performance delivered. 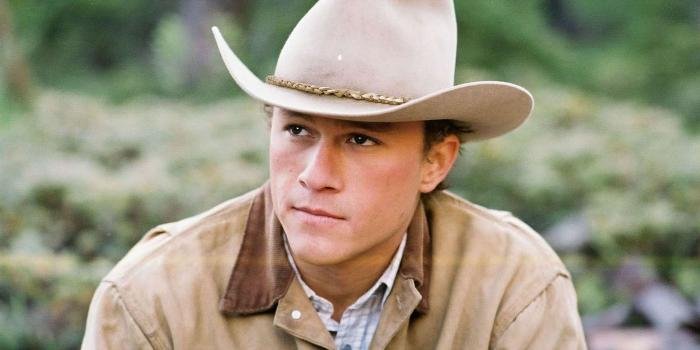 When he was being looked at as an option for his iconic role in Brokeback Mountain, it turned out he was not the producer’s first choice. There was another actor who was supposed to play the role of Ennis Del Mar. The producer had commented that he did not find Heath “masculine” enough for the role, but he was kept in the running because the director was adamant on casting Ledger. Somehow the first choice dropped out and we got magic. Ledger got 8 Oscar nominations as a result of his role in Brokeback Mountain.

His directors and co-actors talk of him in different words, but the common feeling behind all is that Heath was a charisma to be around. He made friends where ever he landed, be it Matt Demon, Jake Gyllenhaal, Christian Bale, Jude Law, Colin Farrell, Johnny Depp and many more.

Heath left for his heavenly abode during the filming of the movie The Imaginarium of Doctor Parnassus (2009). During the time when Terry Gilliam was looking for Heath’s replacement and start the project again, Heath’s friends Jude Law, Colin Farrell and Johnny Depp stepped in to finish the project for him. So multi-faceted was Heath that all three of these actors were a part of the movie to enact his different side.

He was not an actor who became famous by chance. It is well known in the film industry that every character that Heath chose consumed him. Be it his role as and in Casanova, Skip in Lords of Dogtown or Jacob Grimm in The Brothers Grimm. His obsession is known worldwide about his now iconic role of “The Joker” in the Dark Knight.

It is said that for the role of Joker, Heath maintained a diary in which he wrote all the things that The Joker (a lunatic) would find funny, like blind babies, AIDS, injured doctors, geniuses with damaged brains etc. He shut himself off for 6 weeks in a hotel room in London to nail the character’s eccentricities.

Christopher Nolan stated that Heath Ledger came up with his own make-up look for “The Joker”. Heath added the wound on The Joker’s face known as the Glasgow Smile. Heath’s colleague, Aaron Eckhart shared how the actor would not talk for hours before a scene but just grunt noisily like The Joker would. 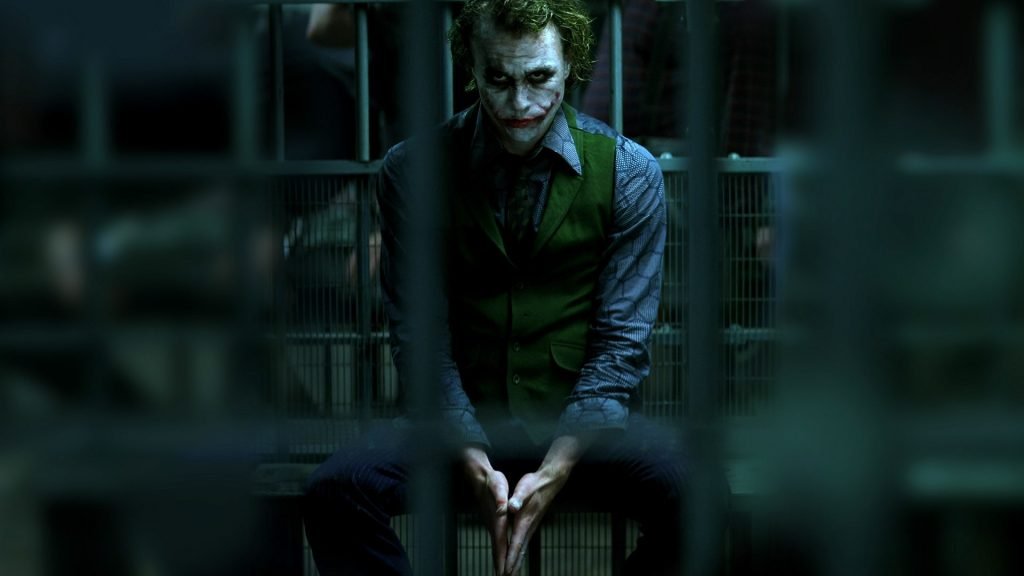 Heath added little ticks to the Joker’s character. In the scene where he blasts the hospital, the scene was supposed to show Joker just walking away after pressing the button on the remote, once. But we see a lunatic, just fidgeting with the remote for a while before he runs after hearing the blast. His tongue swish every time the Joker spoke was an addition. The ever-so-entertaining sarcastic slow clap when James Gordon gets promoted to Chief, was not in the originally scripted scene.

Heath Ledger became the only actor to have been nominated and awarded (posthumous) an Academy Award for playing a comic book character.

When Heath took up the role in the movie Casanova, he did not fully understand what he was getting into. He had no context on the legend or what was the worth of turning such a person’s life into a movie. But then he did his research. He found how the character was actually more than just a “ladies’ man”. Heath confessed that he could route his own confusion in real life into his character.

In his portrayal of Skip in Lords of Dogtown, his mother claims that Heath would constantly talk about the character. He got himself a special set of teeth made saying, “Skip would have such teeth”. Even though the movie was a low cost movie, it was played in Venice Film Festival and earned accolades.

Famously known as “the Gay Cowboy Movie”, Brokeback Mountain was not something the audience was ready for when it released. The movie was supposed to be a small project. However, it attracted media attention world-wide because of its unflinching portrayal of a difficult subject. Through out the promotions of the movie Heath answered questions like what did have to say to the people who thought that the movie’s subject was “disgusting”. This is how Heath answered such questions:

With his character Ennis, Heath showed what he was capable of as an actor. He stepped out of his comfort zone to research for his character. This is the movie when he fell in love with his co-actor Michelle Williams. They grew so close that after difficult scenes Heath would wrap his arms around Williams and apologise for being harsh on her.

In his 20s this man had made some amazing professional choices in his limited years in the movie industry. However, he was not someone who wanted to be in the lime light constantly. He just wanted to act. This was the reason why he turned down a series of high-profile roles, including the Spider Man.

On the personal front also he was getting the hang of love and life at a pace which was feverish. This high riser had met the love of his life, Michelle Williams in 2005. They became parents to Heath’s second love, Matilda Ledger in the same year. Heath, in 2006 said that he was the nanny when Michelle was working. He always used to say that his family was everything to him. 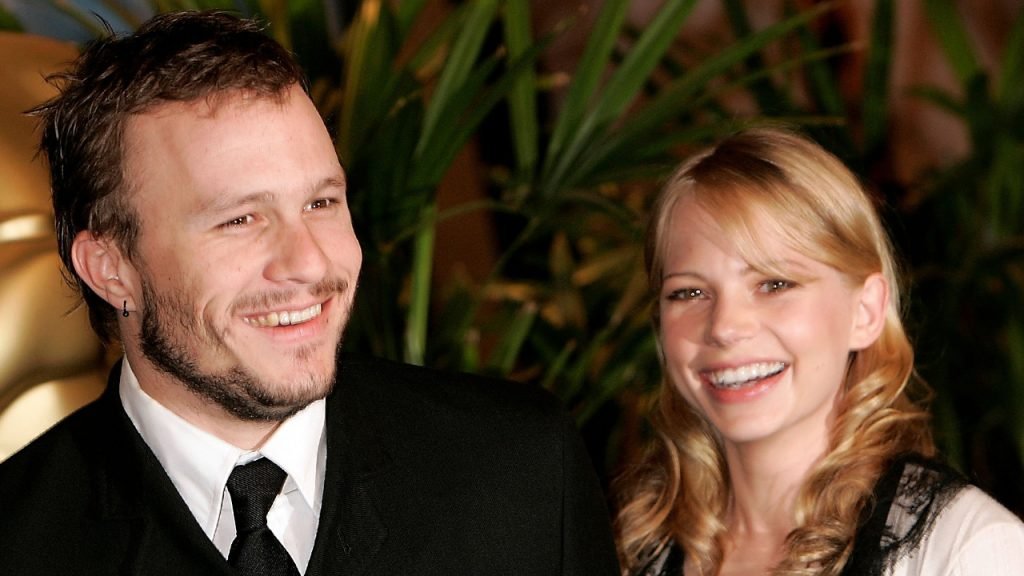 Heath was like a child when away from his work. His vulnerability would become evident while talking to paparazzi. His artistic tendencies left him dazed when in real life he had no alter ego to be in.

In 2007, it was reported that Heath and Michelle had officially parted ways. This crushed him. So much was the stress of his personal life that he started putting in extra hours to his work. During one of his reading sessions of The Imaginarium of Doctor Parnassus, Heath once came in all soaked and sick. He apparently was facing the starting of pneumonia, but he kept working because he wanted to stay away from his personal turmoil. Heath often complained of insomnia during this time.

On January 22, 2008, Heathclif Andrew Ledger passed away in his Manhatten apartment.

As the news spread, the world was shocked. It was rumored that this was an episode of suicide. But as the Toxicology Report came in, the reason came out to be his heartbreak, but in the form of unknowing overdose of insomnia and anxiety medication.

Heath Ledger was an extra-ordinary guy and his acting was certainly extra-ordinary in itself. He was definitely a necessary “look here” of our era and for multiple reasons. He lived a short life, but the audiences loved him through out that time and dearly so. As Matt Damon puts it, “His light was too bright for this world.”

On Heath Ledger’s 38th birthday, all we want to say is that, We miss you, Heath!