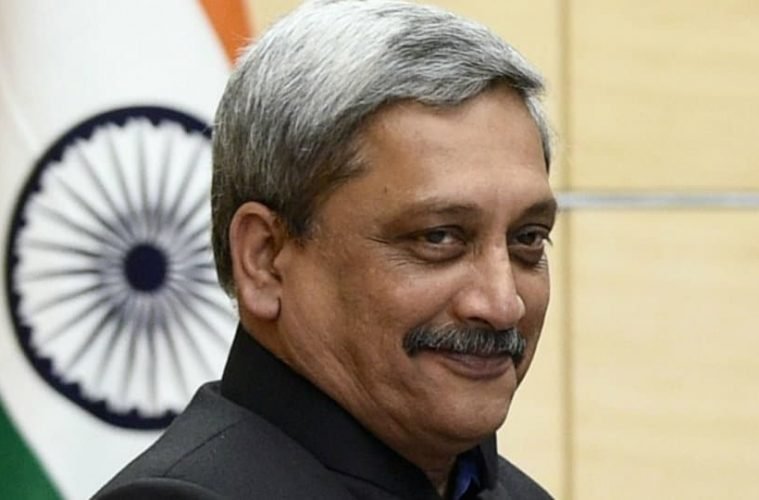 Amid the constant political drama of Indian politics, a pivotal player in it has left the stage. Shri Manohar Parrikar, the Chief Minister of Goa and the former Defence Minister lost his battle with cancer early last evening.

Shri Parrikar was an efficient and at the same time a very controversial figure.

Born in Mapusa, Goa in 1955, he went on to become and Engineer. This made him the first IIT alumnus to become an MLA of any Indian state. This made him an exception to the norm. His technical background proved useful as a Union Minister later on.

A Product of RSS:

Parrikar’s political journey started when he joined the Rashtriya Swayamsevak Sangh. Gradually, he went on to become a Sanghchalak or Local Director in his native Mapusa. This aligned him to the hard-line Hindutva philosophy of the up and coming Bhartiya Janta Party. He was deputed into the BJP by the RSS to fight the Maharastrawadi Gomantak Party.

As the Chief Minister:

Fighting on a BJP ticket, he was elected to the Goa Legislative Assembly. In 1992 went on to become the Leader of the Opposition in 1999. He finally was sworn in as the Chief Minister of Goa in 2000. But this proved to be a short-lived stint as his government fell in 2002. He regained the post the same year till 2005. Finally he was elected as the CM in 2012.

In 2014, when the NDA government gained power in the center, he was invited to become the Union Defence Minister. Although reluctant, he took up the post and served it with Elan.

Increasing defence procurements, better equipment for the army and a free hand to the Services Chiefs to deal with military matters.The army was given freehand in Kashmir and with regards to the LoC. After BJP won the Goa Assembly Elections in 2017, Shri Parrikar was moved back to his home state to take charge again.

As the Raksha Mantri, Parrikar was the spearhead of a very belligerent military posture. The increased violence in Kashmir called for drastic measures. So did, the increasing ceasefire violations at the LoC. Raising of new mountain strike corps were the answer to the hawkish PLA at the Indo-China border So were the countless Confidence Building Measures. The entire thing came to a head during the Dokalam crisis in Bhutan where our troops stood their ground under his determined leadership and constant support to the armed forces.

In 2017, he was diagnosed with Pancreatic cancer. An absentee-CM, his absence sent the opposition in a tizzy as they had the majority in the assembly.

Shri Parrikar, justified his background of RSS time and again. His outspoken views against the opponents of the current NDA regimes were shocking at best. It seems that as the Raksha Mantri, he had a tough image to maintain. His appointment of Ajit Doval as his NSA also fluttered a lot of feathers. Doval had the unfortunate incident of IC-814 hijacking in his bag. His image though, preceded him. A former field agent of RAW in Pakistan, Doval was the man for the moment. To the very end the man of the Sangh, he did not resign from office even at his death bed. While most will call this the lowest point of Indian politics, it speaks volumes about the man himself. A widower, a father, but at the same time a shrewd politician and member of the largest right-wing paramilitary of this world.

On 17th March 2019 Shri Parrikar passed away at his residence in Panaji. He helped to better integrate and streamline the politics of this erstwhile Union Territory. The nation is thankful for your service.