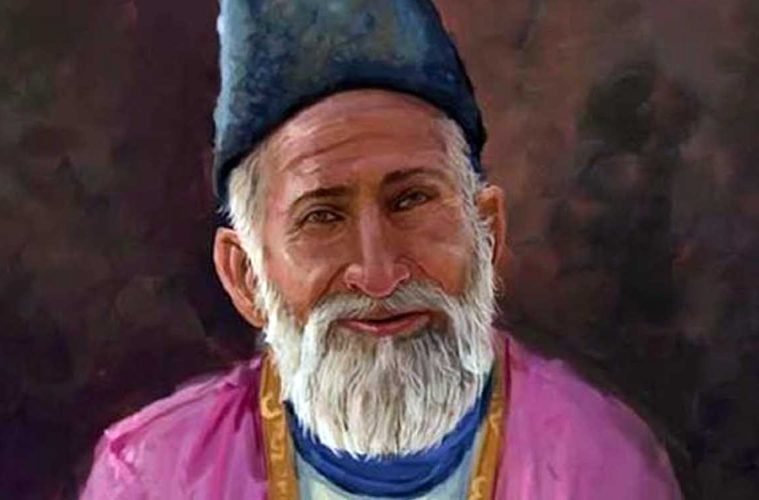 Remembering Mirza Ghalib And His World Of Enchanting Poetry

If you recognize this piece of poetry, then rejoice. For you have encountered one of life’s most underrated pleasures-that, of reading Mirza Ghalib’s work. Mirza Asadullah Baig Khan, known better by his name of choice, Ghalib, was born in Agra in 1797. Choosing to write in Urdu and Persian, Mirza Ghalib was a well-known poet in the court of Bahadur Shah Zafar II, the last Mughal Emperor.

Married at the age of 13, Mirza Ghalib lost seven of his children during their infancy. The sadness that thus began, stayed with him throughout his lifetime and makes an essential ingredient of all his work. Unlike a lot of Urdu poets, Ghalib does not use overly difficult Urdu terms; the beauty of his work lies in their simplicity.

The themes of unrequited love and estrangement from one’s lover remained a favourite with him, along with the occasional joke on humankind, and a penchant for questioning the existence of God. Oh, and did we mention his utmost love for alcohol? One of Mirza Ghalib’s most famous couplets is: “Zaahid peene de sharaab masjid mein baith kar, ya who jagah bata jahan khuda nahi.” “Let me drink in the mosque itself, or tell me a place where God isn’t present.”

Most of his work is hauntingly beautiful, which is probably why it has been adapted into ghazals by various singers.

On his 148th death anniversary, we bring to you some of his best work, along with (attempted) translations:

Throughout my life, I made the same mistake,
It was my face that was dirty, but the mirror that I clean 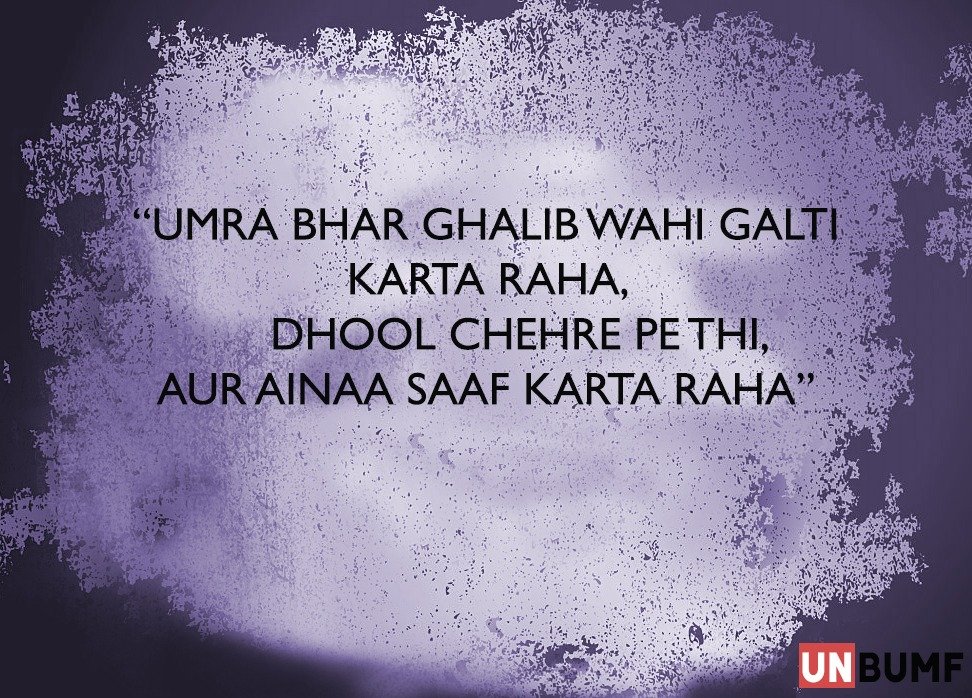 Even though I’m aware that heaven is a myth and nothing but,
The thought is good enough to console the heart. 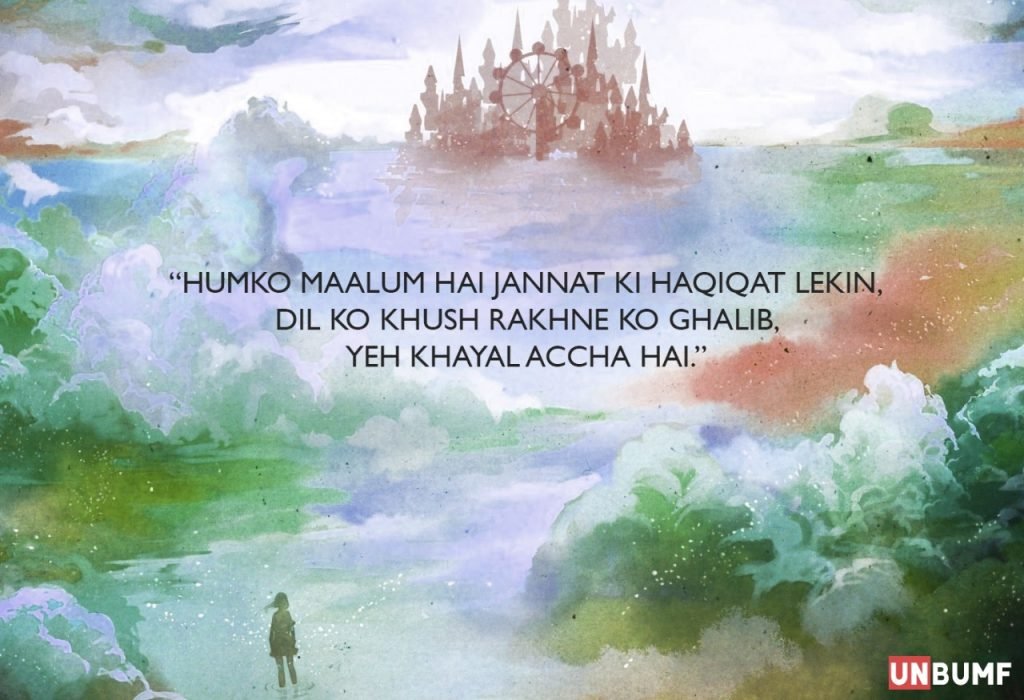 I have a thousand wishes, each one potent and equally compelling, Even though a few were fulfilled, my desires remained largely unrequited. 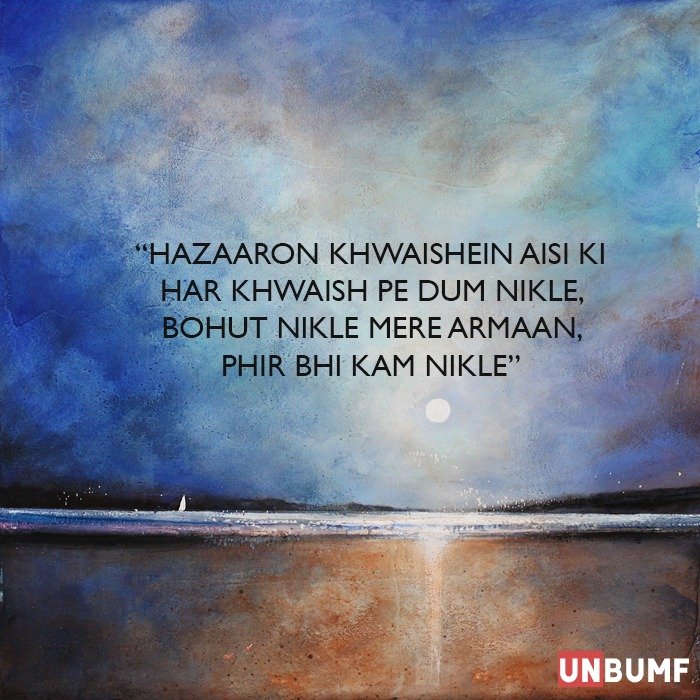 When in love, life and death are no different;
One lives each day for being able to look at one, who takes their breath away every time. 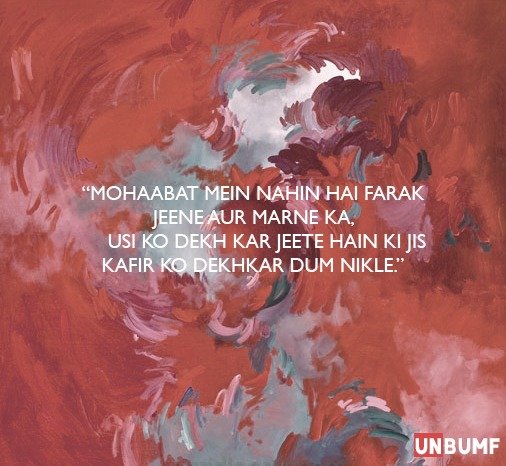 It is not to course through their veins, that I desire
What good was that blood which didn’t escape from their eyes? 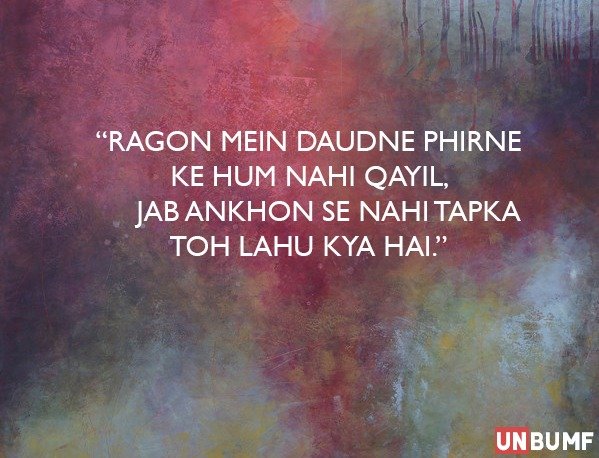 Do not let the lines of your hand dictate your life
For destiny is bestowed on those too, who are bereft of hands. 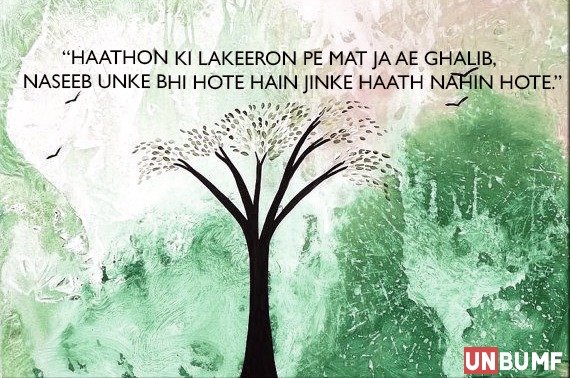 It was not in the scheme of things that my love be fulfilled,
Had I continued to live, such a life would have been unwilled. 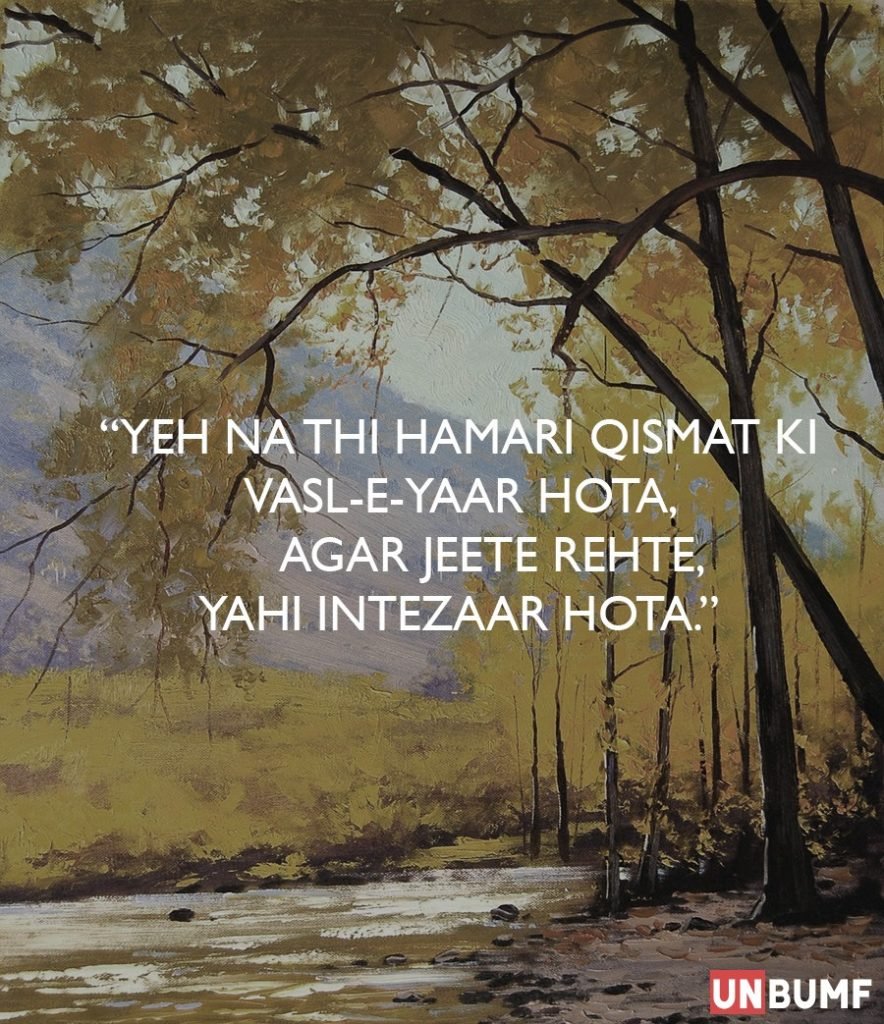 If indeed be your prayers so potent, shake the towers of the mosque with your will, Or sit with me and take a few sips, and watch the mosque sway as we sit still. 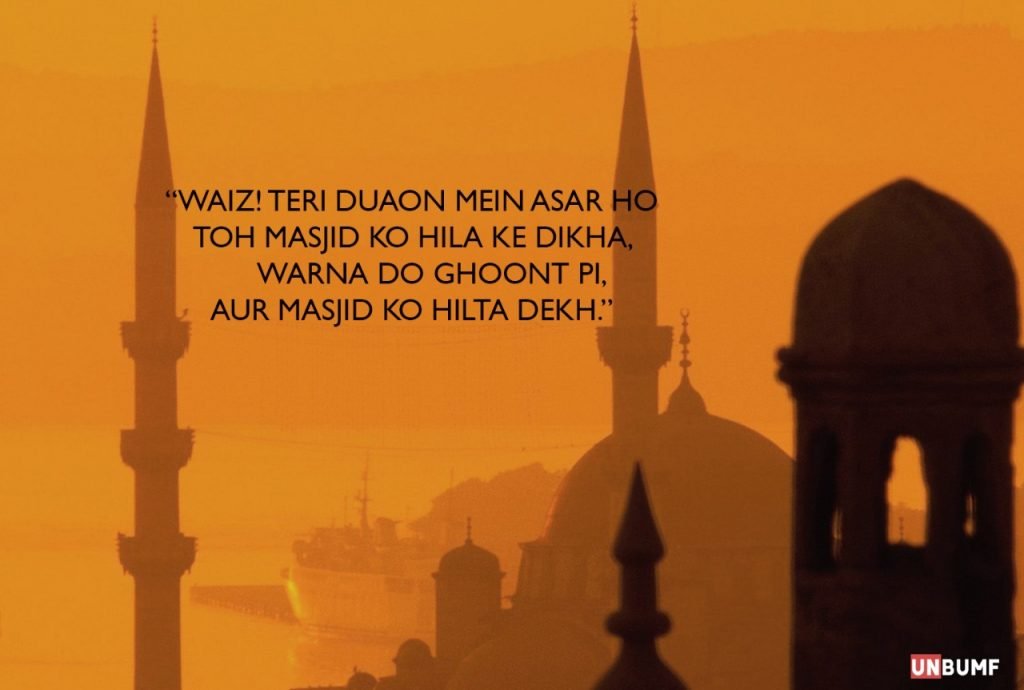 Intoxicated in love, I gave her the place of the Almighty, It was when she said that God does not belong to one alone, I got back to reality. 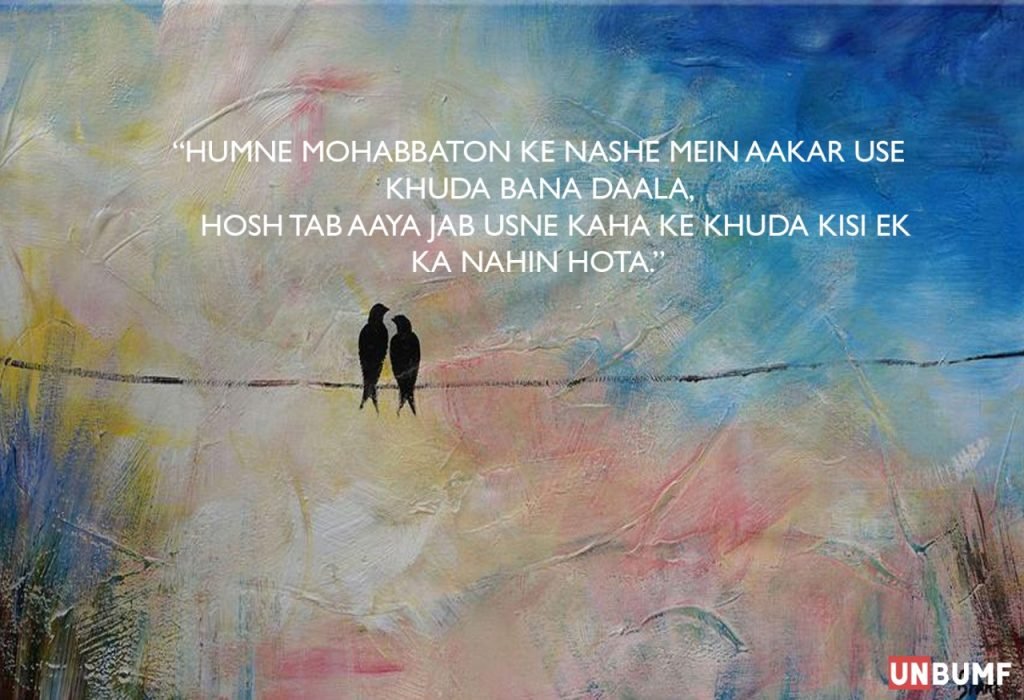 Don’t ask of how I suffer in your absence,
See how you blossom in my presence. 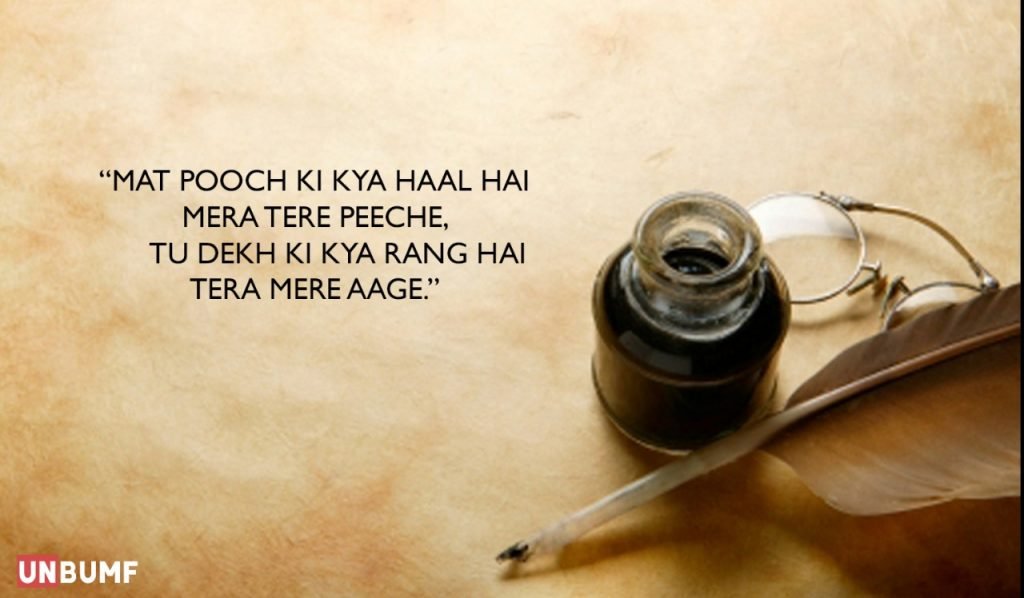 Although Ghalib had attained a substantial amount of fame during his lifetime, his  true success was achieved only posthumously. Ironically, this was something he had said in his own lifetime.

A true genius, the work of Mirza Ghalib lives on, even more than a century after his death.