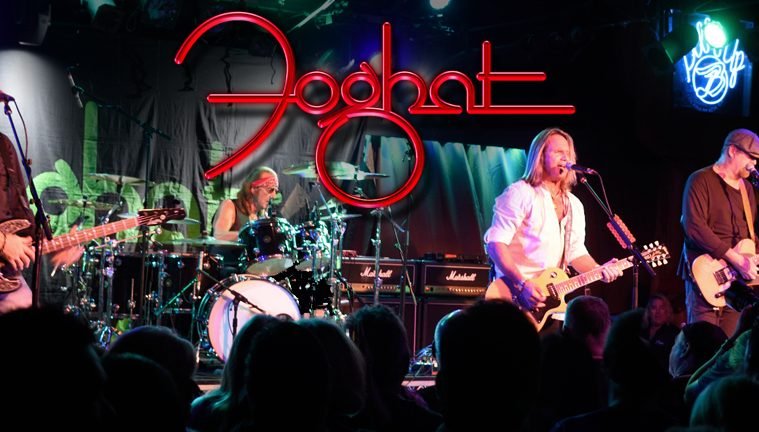 Riding It Slow With Foghat – Time To Appreciate This Rock Band

Before I talk about Foghat, let me talk about life first. Well life as we know it is a complicated biyatch. With each passing day as you step out prepared to face the world and every night as you lay down uncertain whether you will wake up tomorrow to fight again, your mind gets more and more entwined. The human conquest of finding ease and convenience has turned us all into lab rats with numbed brains and running in a loop chasing ghosts. The simple pleasures of life are a thing of the past. And as we all head for the great fall of the human dynasty, we must learn to find happiness in the simple pleasures of life because there is nothing much to life otherwise. Talking about simple joyous things, let me tell you about a band that produced simple and true rock music and nothing else.

So ladies and gentlemen, I present to you, Foghat *Insert highly distorted guitar riff here*

The world of Rock and Roll is full of under-appreciated bands and one such wonder is Foghat. Formed in 1971 in London, Foghat achieved a double platinum, a platinum and multiple gold records. But we are not talking numbers here, because numbers are for posers. We are here to talk about music and that we shall do.

Foghat is a band that you listen to when you get home after a tiring day at work. Picture this, you are agitated and you wonder where your life is headed. But seconds into the first song itself and you find yourself tapping your feet to the beat of the drum and waiting for the chorus so that you can shout along.

Foghat is the band you put on when you are not in the mood for some over-pretentious continental gourmet shit and all you want in life is a simple serving of rajma chawal.

To be a little music-technical, Foghat music is what I like to call ‘True Blue Rock and Roll’. Their songs are pure rock and roll and absolutely zero bullshit. At no point in any of their songs would you think, ‘hmm…that they could have done it without that bit too’.

Ever since its inception, Foghat delivered gem after gem while sticking to their original sound and remaining true to their art. Their sound is a perfect amalgamation of all elements of Blues Rock with an occasional flirtation with some solo instrumentation. Characterized by their gimmick-less and unpretentious traditional Blues Rock, Foghat developed quite a following over the years selling out concerts. Believe it or  not once a concert promotion company sold $16,000 worth of tickets for a Foghat concert that was never happening, such was the Foghat craze at one point in time *pfff*.

Sadly Foghat no longer gets the attention and the mentions that their contemporaries do. This is perhaps because the society does not appreciate simplicity and we keep running behind “something special” in life. Nonetheless, Foghat made great music and their sound never deviated from the original slide-guitar boogie rock.

How about you checkout these songs and see for yourself:

I Just Want To Make Love To You

I love the intro to this song, the two guitars are like lovers talking to each other under the pale moonlight, what a build up. The lyrics are true and to the point.

This was my first Foghat song. This eight plus minute piece of pure genius captivates you from the very start and holds your attention till the end. The song speaks to you at so many levels. At first it might seem to be about sex. Then you really think about it, it really turns out to be about sex and that is the sheer beauty of it. No pretends. This is one of their most played songs and rightly so. Everything in song is simply perfect- ranging from guitars, drums, bass and vocals.

Fool For The City

This song truly captures what is wrong with the world. How all of us willingly leave the gold we have to chase after shit. The lyrics are sarcastic and I love it.

This song is another true gem of this underrated band.

This song has killer solos and powerful vocals. I don’t really think music lovers could ask for anything more than this.

When I heard this song, I just could not stop banging my head to this masterpiece.

Foghat still tours and releases new music, even after the passing away of two of the founding members. Well like they say, “The show must go on”.