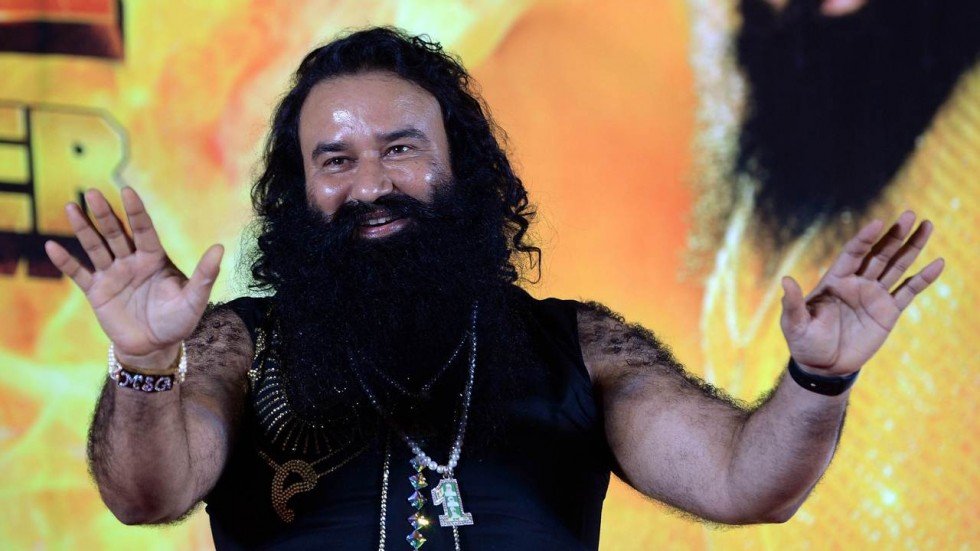 The Rise and Fall of Gurmeet Ram Rahim Singh

Gurmeet Ram Rahim Singh Ji ‘Insaan’. If his flashy clothes did not attract your attention, his films and the antics in them would have. His tall claims of having trained Virat Kohli in cricket would have. Or perhaps his followers’ claims of “Pujya Pitaji” capable of acing at anything he wants, would have. If even that did not, news broadcast over the past 24 hours would surely have.

Yes, it is the same Gurmeet Ram  Rahim, who has been convicted of rape by a special Central Bureau of Investigations court. The followers of this self-styled Godman have laid siege to the city of Panchkula. Arsoning and looting on will, as they go. Despite the state government having imposed section 144 of the Indian Penal Code, there are thousands of supporters having flocked the city and bringing it to a halt.

But before you jump all guns and blame the state government for everything that is wrong with Haryana right now, there is a little blame that the judiciary too has to share. It is most certainly true that Haryana government has failed on all fronts and come down in a colossal heap in front of the followers of Gurmeet Ram Rahim. It is true that the state government is helpless right now and the Chief Minister Manohar Lal Khattar should resign as soon as the mayhem calms down. Add to that, let heads from the judiciary roll too. 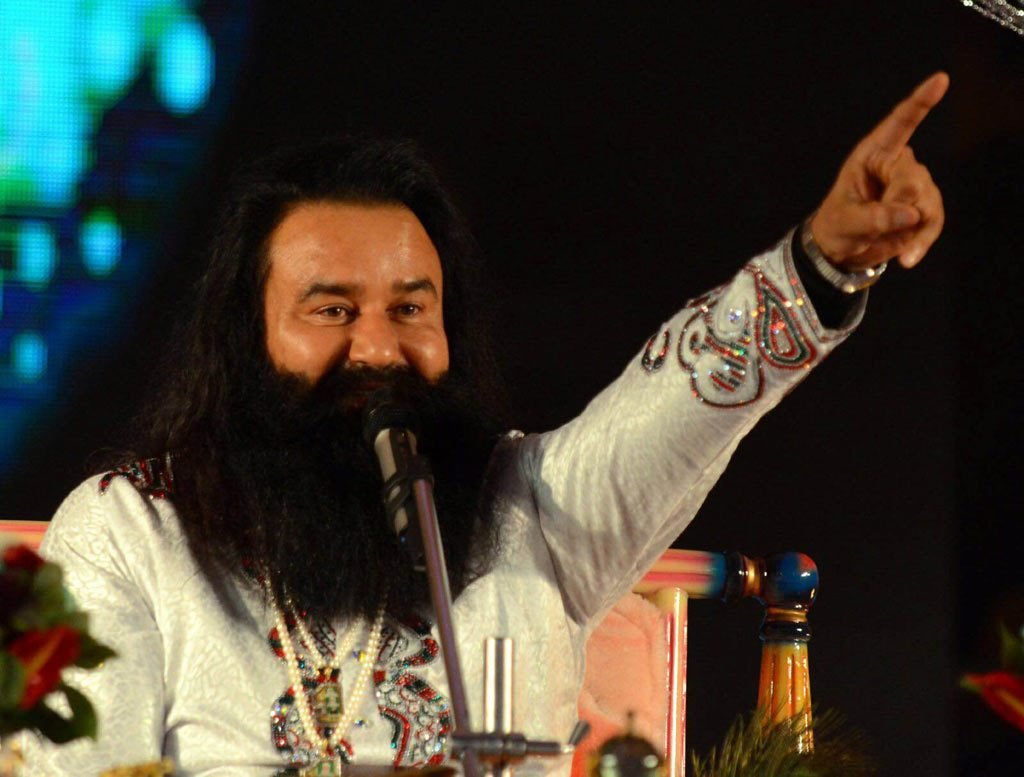 The Case and Conviction

The case in which Gurmeet Ram Rahim has been convicted of rape dates back to 2002. An anonymous letter written to the then Prime Minister Atal Bihari Vajpayee and several other top leaders of that time accused the self styled Godman of rape and sexual assault. The letter, not so surprisingly, did not have any impact whatsoever. But then the High Court of Punjab and Haryana took sou-motto action on the letter after its contents appeared in two local dailies. And hence a case was registered by the CBI, which started investigation in September 2002. But for the next 15 years, all that the investigating agencies and judiciary in of the two states could turn up in the name of evidence was nothing that could nail the Godman.

In the meanwhile, Gurmeet Ram Rahim used his followers clout to build a political clout. Be it Congress or the Bharatiya Janata Party, Ram Rahim had everyone singing his rhymes. His support has been crucial to all these parties. It, therefore goes without saying that over these 15 years, all his crimes have gone unnoticed. Ram Rahim rose to the top of the apex predator chain that has politicians and crooks sitting at the top.

To make sure that he stayed at the top, Gurmeet Ram Rahim not only kept the state’s politicians in his pocket, he also started making his own movies. He started appearing in music videos, too. It was only necessary that he make news everyday. Thus making the poor gullible supporters believe in his flashy appearances and have their attention away from any crimes that he committed. He went from village to village, claiming to have adopted them and work for their upliftment.

In essence, what people like Ram Rahim do is ensure the local tough guy is kept happy. And that the needy are given a little hope, a little sum of money so that it seems like Manna from Heavens to them. Add to that his antics of adopting many destitute and poor women and getting them married, and you have the perfect saint. Only that the saint still was an accused in multiple cases of rape, murder and sexual assault. 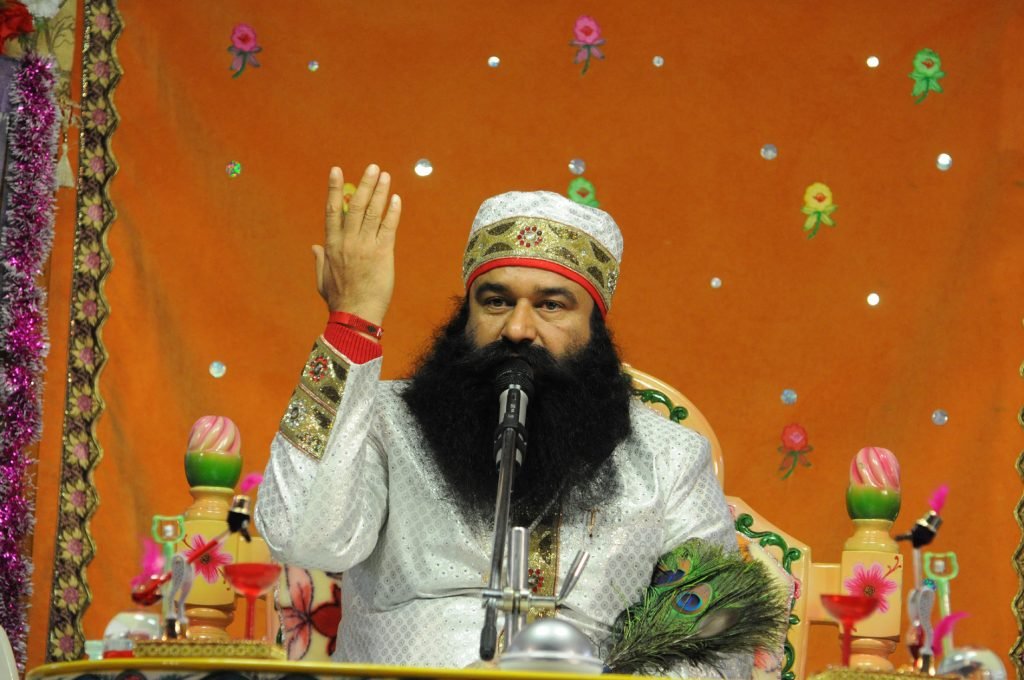 Like every run of the mill benefactor of people, Ram Rahim used caste politics to stay ahead. He turned himself into a giver of the lower caste. The people who had been treated wrongly by the upper caste elitist Punjab and Haryana Sikhs. Yes, people themselves of both these states are as much to blame as any of the followers who are on a rioting spree today. Ram Rahim gave them a place to live and a purpose to fight for. It is that purpose which gave many young people a reason to accumulate tools and guns for a day when the final showdown could happen.When the followers of Dera Saccha Sauda, most of who are Dalit Sikhs, stood up against Sikhism itself, the state had to intervene to make sure the situation was under control.

In multiple cases that he is accused, Gurmeet Ram Rahim has slyly made use of this mass following. He has avoid appearances at the courts or summons from investigating agencies, for that matter. Over the years, his followers have eliminated any evidence or person that could expose even the slightest iota of wrongdoing at his behest. And in all this while, all the courts and police did was turn a blind eye and let things be.

The current situation is only the beginning of all that can go wrong. As of now 32 people have been reported dead and over 250 people injured. Section 144 has been imposed in the national capital. But the fear is that the violence has barely scratched the surface. It is unlikely to die down in the coming days.

The current situation is that Gurmeet Ram Rahim stands convicted of rape. He has to spend at least 7 years in jail. Though one is sure that he will not bow down so easily and will appeal in higher courts. However, for the time being he is convicted and will have to go to the jail. 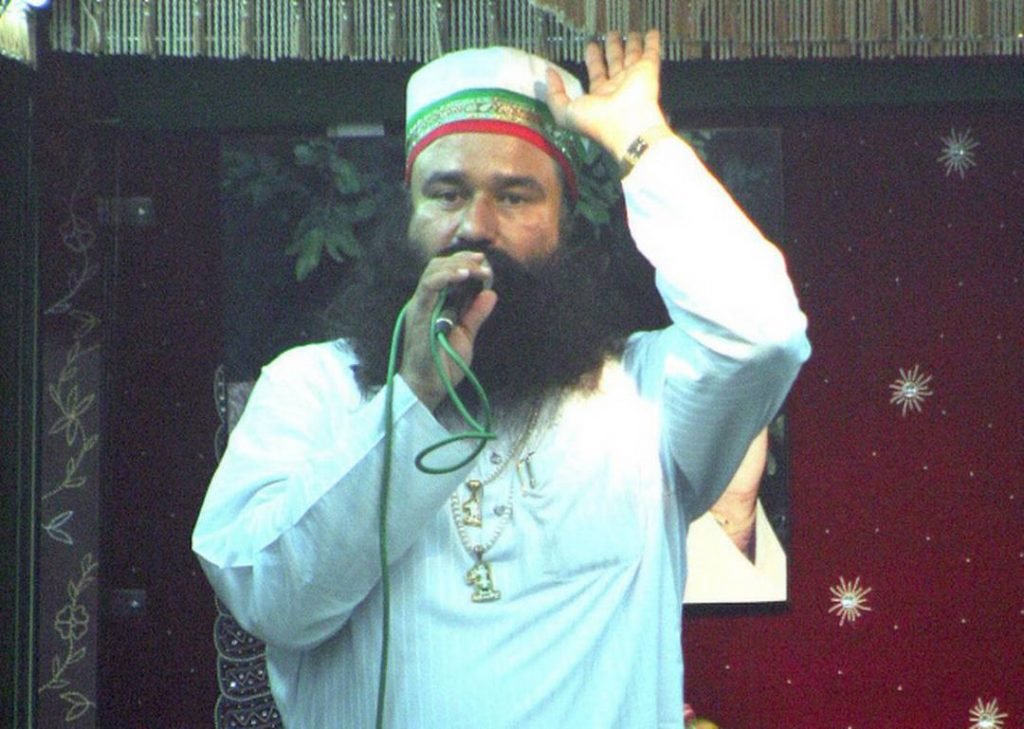 The current situation is also that Haryana is ruled by an incompetent Chief Minister. He has on at least three occasions let the situation go completely out of his hands. That his party got support from Dera Saccha Sauda places him on an extremely sticky wicket. It will be interesting to see what stance does the government take now that he has been convicted.