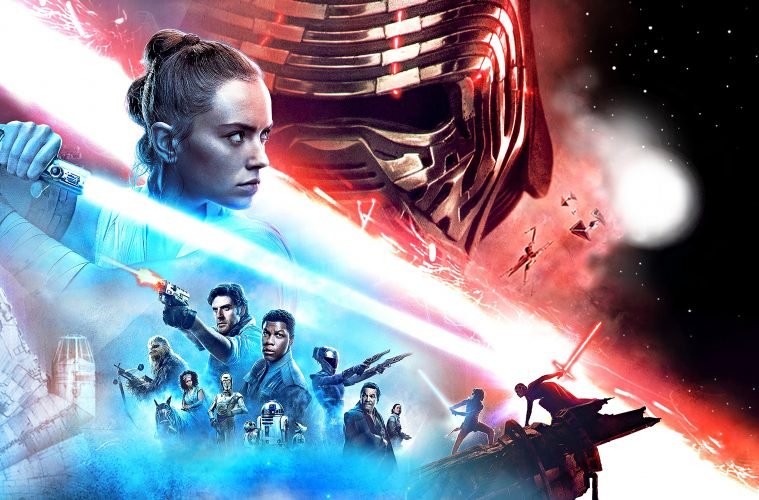 Rise Of Skywalker Review: A Star Wars Franchise With An Unimaginative Finale

One of the first things that the trailer for The Last Jedi says is the prophetic line – “This is not going to go the way you think.” Unfortunately, one can not really say the same about Star Wars: Rise of Skywalker, the final entry (for the next 15 years) in the Skywalker saga. While the finale is action-packed and rousing, it is at the core that it falters and ultimately fails. An almost frustrating lack of imagination in terms of character development and plot almost renders it into a rehash of everything that has come before. Fortunately, some brilliant performances and amazing action manage to keep the movie afloat and make it a decent, if not fitting, end to one of the most iconic stories of all time.

Similar to The Force Awakens, no time is wasted in getting things underway and by the end of the first fifteen minutes, the plot has moved at breakneck speed in putting our heroes on yet another mission. This initial act that spans roughly the first third, is almost painful to watch, complete with clunky exposition, MacGuffins that need to be found and random planets that need to be visited. New locales that add nothing to the plot have become something of a staple so I am not really complaining when it comes to that. In fact, the trio’s journey to a planet of dancing aliens was just too out of the blue but in a good way that had me wanting to join their routine.

What truly pulls the plot down is everything that happens off-screen. Rey, Poe and Finn are suddenly fast-friends and it is clear that this had been Abrams’ plan all along. Their friendship seems forced and unnatural and that is only because there is absolutely no narrative tissue to substantiate it. It is somehow not thought necessary to show how their friendship began and blossomed. But Rey and Finn having a fully fleshed out relationship stabs even more on the point that how forced this trio seems. Still, Terrio’s dialogue does a lot to fix that and it is to his credit that while the whole thing seems too swift, it just veers a little short of completely unrealistic and in some key scenes, even feels emotionally resonant. 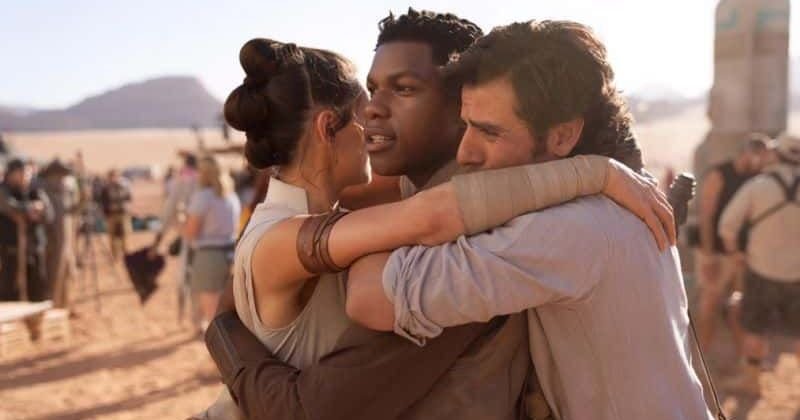 All of this leads to a story that has so many holes that it becomes hard to stay in the film. Many things that happened in the last film are retconned in a way of a direct stab at Rian Johnson and his attempt at trying something new. It is close to an apology and it hurts to see creativity bow like this to fandom pressure. To Abrams’ credit, new threads are introduced and resolved in questionable ways but some are just abandoned altogether.

There are callbacks and references but the story never attempts to move beyond them, highlighting the lack of a cohesive creative direction as far as the Sequel trilogy is concerned. Say what you will about George Lucas, at least he had a clear beginning, middle and end in mind (and on screen) when he made the two trilogies. I do not know if I could say the same about Kathleen Kennedy. 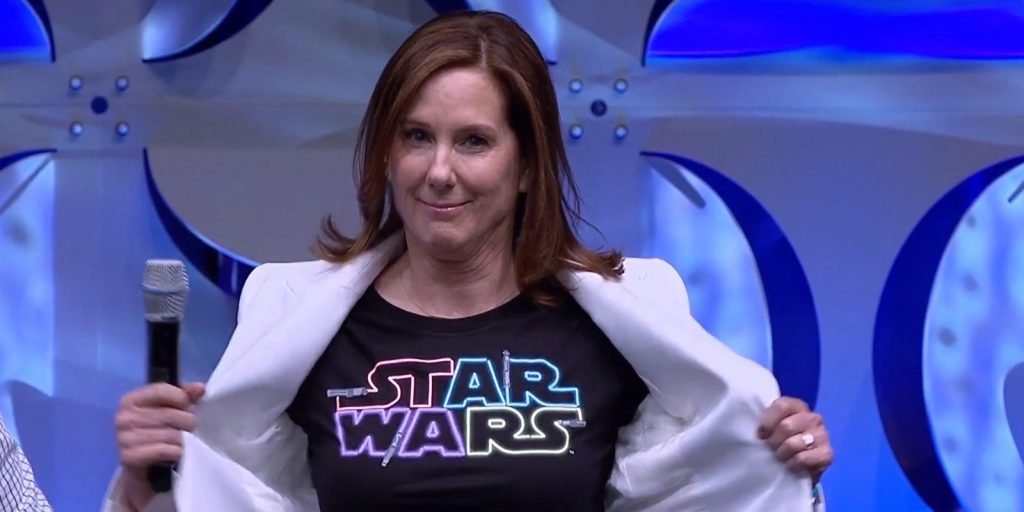 The one part of the plot that truly stands out is the space battles and the lightsaber duels (something the Star Wars franchise never fails at). The skirmishes between the X-Wings and the TIE fighters are just enormously fun to watch and their sheer kinetic nature keeps you on the edge of your seat. Then you are sucked in more because on flinch at ships exploding and whistle when Poe escapes death (spoiler! spoiler!). Even normal gunfights on the ground have the same, breakneck quality to them, building tension and then exploding (literally, sometimes) into full blown mayhem.

Lightsaber duels have been a novelty in Star Wars but personally, I always found them a little lacking in flair when it comes to the sequel trilogy. This is something that is not so in the Rise of Skywalker. The sabers move swiftly and flamboyantly, creating elegant but deadly fights between Kylo and Rey (yes, there are many). It is good to see a significant focus on action choreography with both Rey and Kylo having very specific styles of fighting. It does not hurt that the actors fully commit and leave no stone unturned, resulting in battles that are more than just two people caught in a duel. 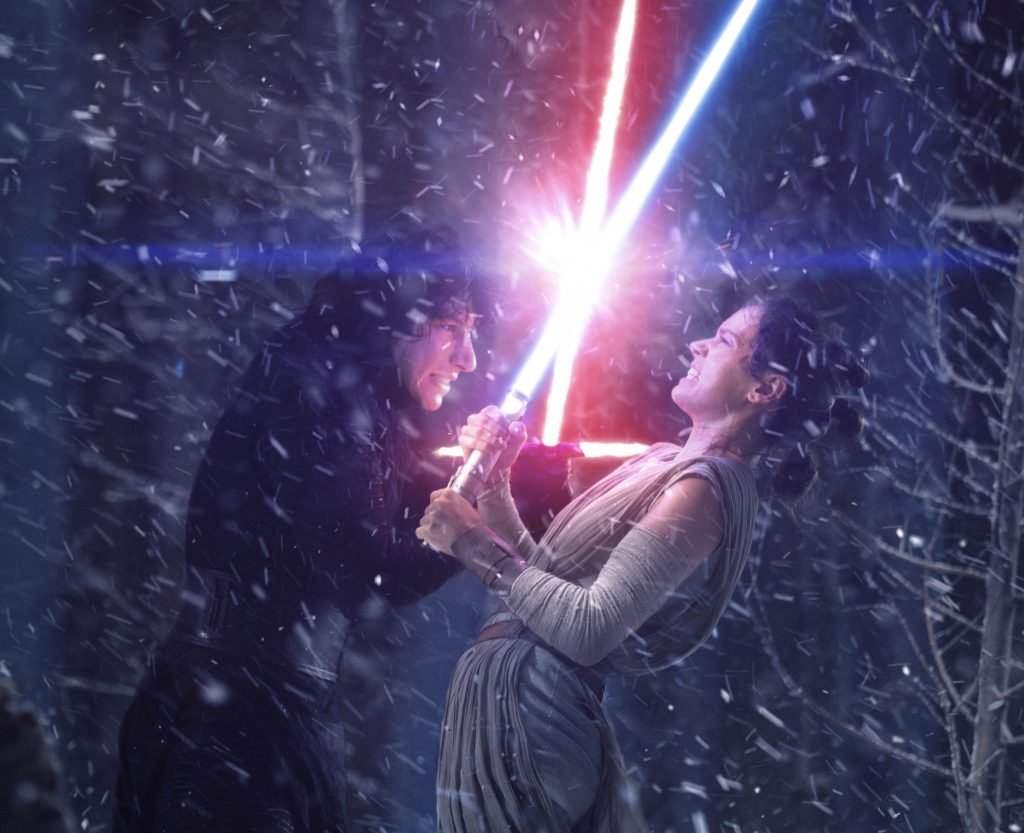 There are new locations this time, many of which play a host to these brilliant action sequences. The cinematography for each location is sharp and unique, showcasing the care for detail that goes into planning such films. This is especially clear in Rey and Kylo’s battle amidst the ruins of the Death Star that now lies in the middle of the ocean. This battle is teased in the trailers and is truly the highlight of the film. The massive waves, John Williams’ epic score, two people fighting with their all and some amazing visual effects combine to make this a battle to rival Obi Wan and Anakin’s groundbreaking duel.

When it comes to people giving their all, nobody fits the bill better than Adam Driver and Daisy Ridley. Embodying the eternal struggle between light and dark, both actors complement each other wonderfully and give phenomenal performances. Their arcs are elevated because of their commitment to the material and it is one of the few things that actually help Rise of Skywalker not be another retread. Driver is more sure of himself as Kylo but conflicted and broken as Ben and he sells it so well, he almost made me tear up multiple times. Ridley embodies Rey’s internal anger and struggle in astonishing fashion and yet, is suitably restrained.

John Boyega gets a solid arc this time and he is, as always, sincere and faultlessly adorable in his final turn as Finn. Oscar Isaac gets more to do than just be cool and fly around and there are even hints to his past, with none of them getting in the way of the plot. He brings a vulnerability to Poe this time that was not seen in previous entries and it’s honestly quite the pleasant surprise. Newcomers Naomi Ackie and Keri Russell act as worthwhile additions to the cast, and I am honestly interested in learning more about their characters. Kelly Marie-Tran, on the other hand, is reduced to nothing but a background character with minimal dialogue and it disappointed me to see the script not give her more to do. More on that later. 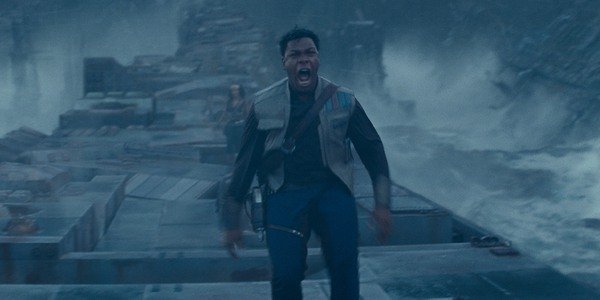 Billy Dee Williams returns as Lando Calrissian and is his usual gleeful and charming self, filling his role to perfection. I could also shower praise for our non-human characters, the droids and Chewbacca, but at this point, it is time to accept that they will always be perfect. Also I never thought one of my tear-inducing moments would come from C3PO. As for Ian McDarmid, well, Palpatine is just as sickeningly evil as always and credit to McDarmid for maintaining that horrific appeal in his few scenes as the Emperor.

It was no unknown fact that Carrie Fisher passed away during filming, and seeing how the film panned out, she probably had a key role. Her final performance as Leia is handled gracefully and in tasteful fashion. It does feel a little too obvious in certain scenes, when one can see that archival footage was used, but it is an impossible situation to get around and credit to the film-makers that they managed this without it seeming inappropriate.

It is clear that what happened behind the scenes had a lot to play in how Rise of Skywalker panned out. Several things that happened under Rian Johnson’s watch offended some fans and how much of that ultimately affected this movie is something we will never know. But it is no question that the lack of a singular, focused direction hurt the trilogy and ultimately, this film. It is probably what led to the unoriginal but rousing event that it ended up being, with story beats that were basically rehashes of the past and more fan service than actual story-telling.

Nowhere is this more clear than in Kelly Marie-Tran’s case, whose character is reduced to just another Rebel, stripping it of all personality and development. I can’t say for sure that this is a reaction to fan backlash but if it is then it is truly deplorable and a harsh reflection upon modern fandoms. For fans to have this kind of power is one of the reasons people like Rian Johnson spoke out openly against it, without their words being heeded much.

Still, there are some brilliant performances and character arcs in Rise of Skywalker that really elevate the film. The action is rousing as ever and despite all the fan service, callbacks and nostalgia, one can still feel the old Star Wars spirit. If only there had been a similar amount of heart as well.

Find our other movie reviews here.