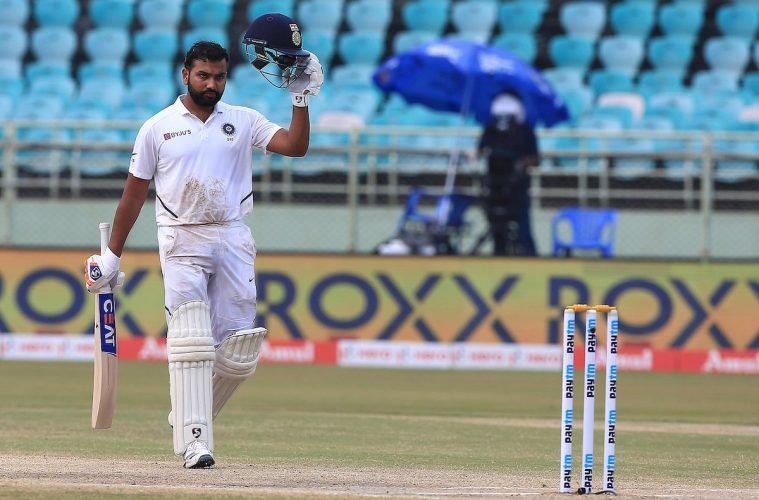 The last five days have witnessed some exhilarating Test cricket even though the result may not display that. When the Proteas came here, Faf du Plessis’ men certainly realized that defeating or even giving India some tough competition at their home conditions will mean them playing their hearts out. As it turns out, India turned out to be too strong for the opposition. Especially with the power duo of Rohit Sharma and Mayank Agarwal.

The No.1 ranked Test side kickstarted their home season with an outstanding victory over the visitors. After having lost out on a closely fought series in South Africa 2-1, India produced a sensational all-round performance throughout the course of the Test match.

Right from the start of the Test match, Rohit Sharma was the centre of attraction. First match as an opener in red ball cricket and he was simply marvelous. Inspite of all the hullabaloo around Rohit, it was Mayank Agarwal who stood out for India in the first innings. Together, both put up a partnership of 317 which is the third best opening stand for India.

India have been figuring out their opening combination for a brief period. The failure of Murali Vijay, Shikhar Dhawan, Parthiv Patel and KL Rahul, the Prithvi Shaw ban, etc finally led India to the preposition of trying Rohit at the top. The move worked out wonders for the Indian management as he struck 176 runs, batting at a speed that constantly reminded you of the Nawab of Najafgarh.

Mayank Agarwal also portrayed his solitude with a double century. After compiling plenty of runs in the domestic circuit, it was his time to step up at the mainstage. And here, he was batting with supreme confidence. India declared their innings at 502/7 with more than 75% of the runs contributed by both these openers. 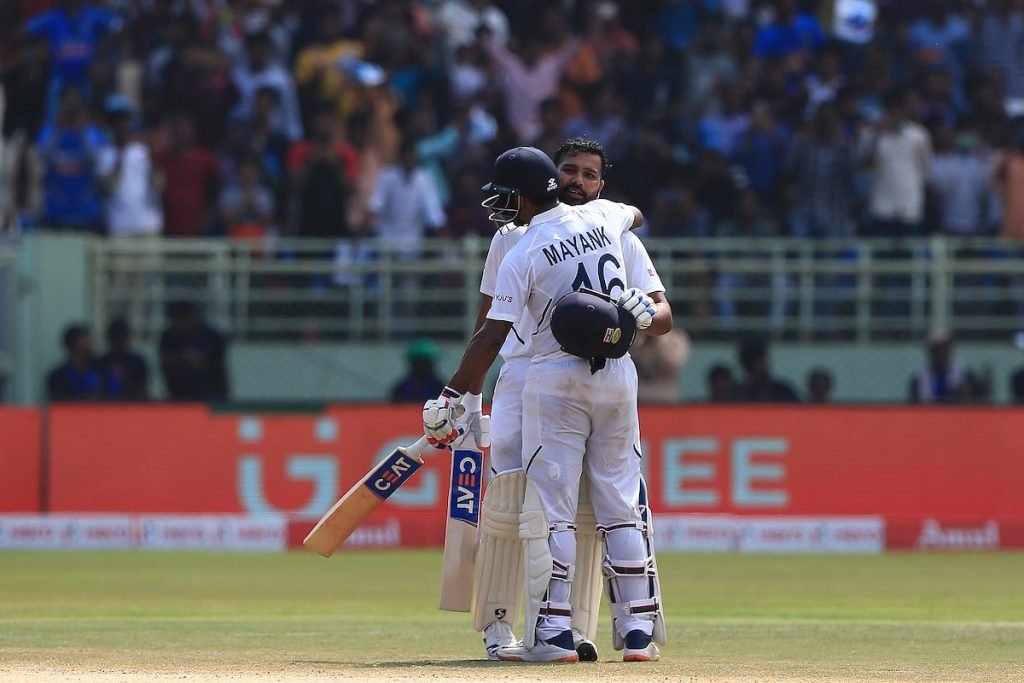 South Africa were off to a poor start as they lost a couple of wickets to Ravichandran Ashwin at the start. For an off spinner who was playing his first international game this year, Ashwin was beaming with confidence. Ravindra Jadeja also struck leaving the visitors reeling at 34/3. Ishant Sharma’s early strike on Day 3 certainly activated the panic in their dressing room with the scoreline being 63/4.

Dean Elgar has struggled to get going in the subcontinent which was prevalent in the Sri Lankan series earlier this year. However, he came prepared this time around as he began attacking the spinners. Smacking Ashwin for a six, Elgar reached his ton in emphatic fashion. Skipper Faf du Plessis also made his contribution with a fifty. However, it was his sixth wicket partnership of 164 runs with Quinton de Kock that made the difference for South Africa.

The wicketkeeper batsman scored his first Test century against India as both played a crucial role in reviving the Proteas from the early slump. However once both were dismissed, the spin duo of Ashwin and Jadeja feasted upon the rest of the batting lineup. The batting collapsed from 342/5 to 396/9. As usual, the last wicket pair created some trouble for India as the visitors managed to post 431 on board. 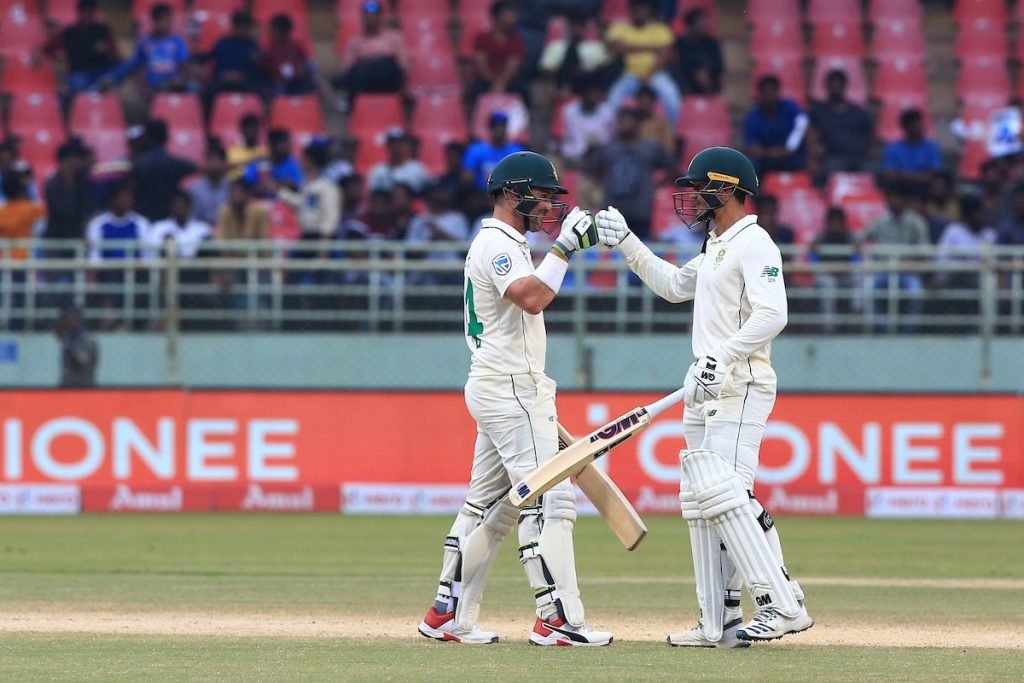 Rohit shines again as India switch to the sixth gear

In response, Keshav Maharaj accounted for an early wicket of Mayank to create some sort of pressure on India. However, Rohit was absolutely magnificent with the bat again as he stormed his way to yet another century. This one coming at an even better strike rate of 85.23. For a while now, India has struggled to have enough power hitting in the batting lineup, especially in the absence of Hardik Pandya. With Rohit’s inclusion, the resources have just doubled up.

Cheteshwar Pujara also registered a scintillating knock of 81 after a slow start. Ravindra Jadeja who was promoted up the order alongside Virat Kohli and Ajinkya Rahane got into acceleration mode as they took India to a total of 323/4. With the lead being 394, India felt they had enough to restrict the visitors. They even managed to take a wicket before stumps on Day 4.

Everyone is aware of Shami’s valuability in the second innings of a Test match. There’s something that drives him to display his potential best during the later part of the Test match which leaves everyone to a standstill. Yet again, his sensational spell of swing bowling had the South African batsmen not only at their toes but also trying to guard their stumps in vain. Temba Bavuma. Faf du Plessis. Quinton de Kock – all of them getting bowled.

On the other hand, Ravindra Jadeja was relishing the chance of getting to bowl on a Day Five track. In an over, he first accounted for an outstanding catch off his own bowling to dismiss Aiden Markram, then had Vernon Philander and Keshav Maharaj trapped in front of the stumps off consecutive balls. South Africa were reduced to 70/8 but India’s habit of allowing the tailenders to flourish helped them add another 121 runs to their total.

Dane Piedt and Senuran Muthusamy who did not have a great match with the ball tried alternate ways of saving their spot as they added 91 runs for the ninth wicket. In the end, Shami got both of them to finish with a fantastic five wicket haul. Jadeja also got four wickets. India won the game by a phenomenal 203 runs as they now lead the three match series 1-0. 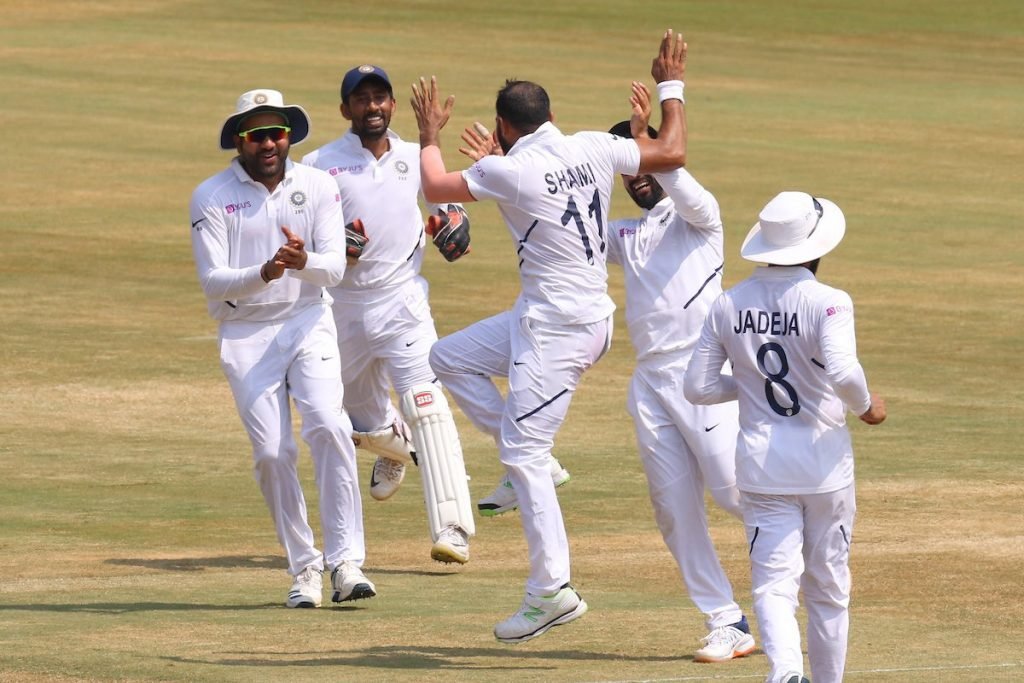 Where The Teams Stand At This Moment

It was a pleasing performance from India’s point of view. The success of Rohit Sharma in his maiden Test as an opener, the way youngster Mayank Agarwal made the opening spot his own, the spectacular return of Ravichandran Ashwin into the Test fold, Mohammed Shami displaying his masterclass in the second innings again. Of course, India had some problems with the ball especially but it was overall awe-inspiring.

For South Africa, they need to work upon their middle order. While Dean Elgar and Quinton de Kock were spectacular in the first innings, the rest of the batting lineup collapsed on both occasions. Their bowling struggled to create any kind of pressure, especially the plans executed by spinners went wayward. Rabada took just one wicket in the whole Test. The spin trio took seven wickets conceding 710 runs out of which five belonged to Keshav Maharaj. Hence, they will need to work upon a lot before taking the field at Pune in the second Test. 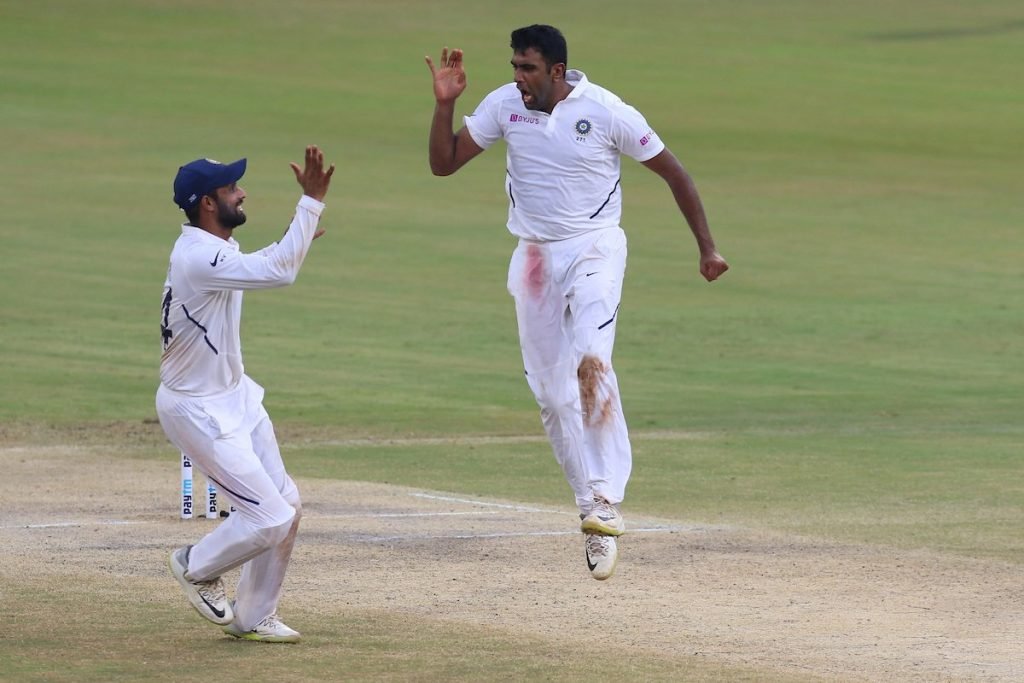 With this win, India also added 40 points to their tally on the World Test Championship table as they stand at the top position.

Find our other articles on test series, here.