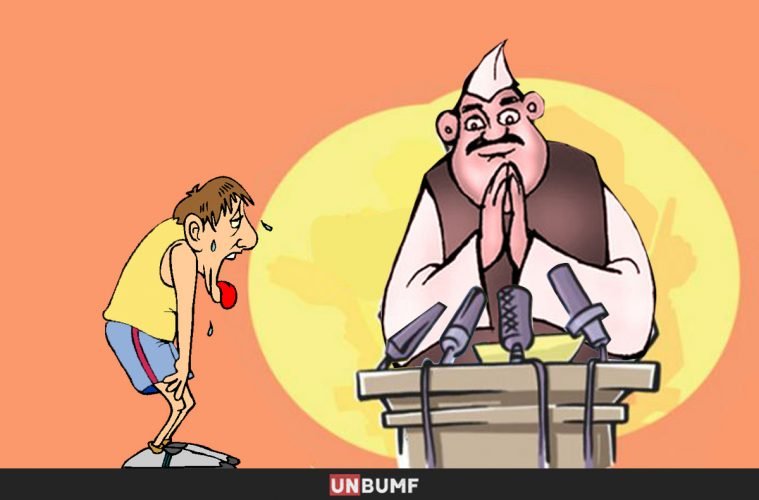 Rot And Politics In Indian Sports

You are a lawyer. And pretty good at your work. What if I were to tell you that you need to fill in for a pilot and fly an aircraft for an airliner one day? Or perform a bypass surgery? Okay, Let me give you simpler tasks. What if I asked you to write an article about how to fly an aircraft? Now, you can research a bit on this and write. But can you be as good as a pilot?

Exactly what has happened to our Sports Federations.

For a nation of about 1.3 billion people, sports has not been one of the major strong points of India. Dismal performances in various world events have always been a contentious issue. From Olympics to the massive Commonwealth Games scam, it has been a messy affair all around. India has had its glimpses of talents and bright sparks of extraordinary sporting victories.

But what stops it from becoming a trend?

The answer to above question is politics. Politics that pervades the annals of Indian sports. Some of the chiefs of the various federations have impaired the games so much that it has seriously affected the prestige of the country in international sporting meets. To add insult to injury, International Olympics Association or IOA was formally banned for not following the Olympic Charter in their elections. This seriously hurt the prestige of India and laid bare the rot permeating the entire system.

The problem about the Sports Federations in India is that they have become a hub of politics and nepotism. Indian Cycling Federation is headed by Parminder singh Dhindsa of Akali Dal whereas Punjab Olympic association is lead by his son Sukhdev Singh Dhindsa. Indian Badminton federation is headed by Hemant Biswa Sarma since 2017. He represents a classical example of the background of sports supremos in the country. Without any background in sports, he not only heads the Badminton association, he was even the Vice President of the Cricketing Association of the State. And such examples are aplenty where such posts aim to ensure political support and reward patronage. Why act surprised when people then cash out on their rewards? 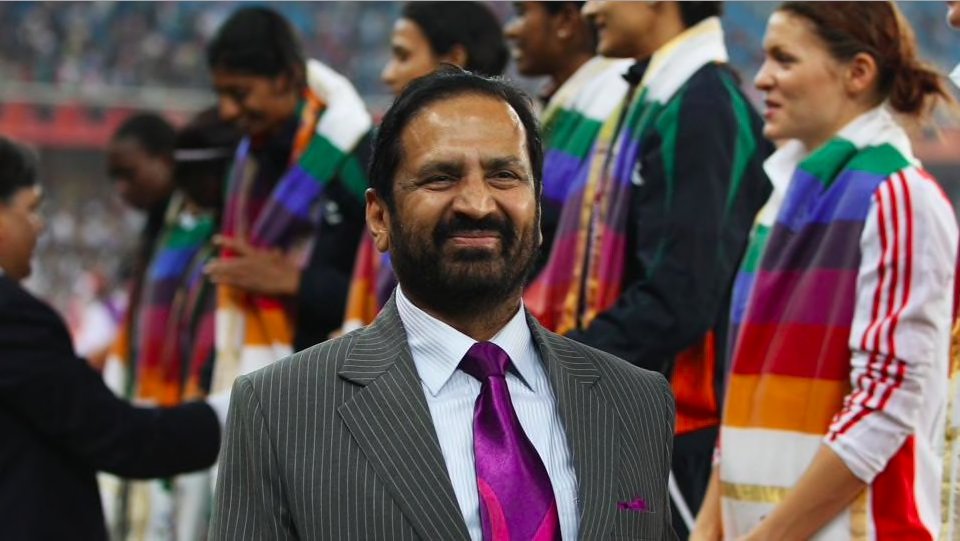 Let’s take for instance, the disaster that were the Commonwealth Games in 2010. A sum of 400 million dollars was spent on the games. This is nearly 11 times more than what was initially budgeted for the event. The facilities promised at the Commonwealth Games village had started to fall apart even before athletes arrived. Unhygienic bedrooms and bathrooms were flashed across television news channels on a continuous basis. It spoke volumes of the corruption that was spread throughout an entire system. It was truly a disaster at an epic level, even for India. Soup bowls being bought for 800 rupees a piece, collapsing bridges, completed just days back, unprepared stadiums, leakages and terrible accomadation in the games village. The situation was grave. To top it all, Suresh Kalmadi stayed. He was even made IOA chief.

Hockey on the other hand has descended in a state of chaos in the country. So much so that it has been destroyed at an institutional level.

In last 10 years, Hockey India has cast aside coaches like flies from Chai. From a time in recent past when hockey would fill up stadiums and make people sit around radio sets to the time when nobody knows who the current captain of team is, hockey has come a long way south. It all came to a head when the International Olympics Commission disqualified the body in 2008 on corruption charges. Eventually, its head K. P. S. Gill was forced to quit. Gill ran the association like a tyrant. He was blamed for destroying the very fabric of the sport that was once the soul of this nation.

When astro turf was introduced, our administrators was busy calling it a conspiracy instead of preparing and giving a champion team the tools to further their skills. But in just 3 quick decades, Hockey was relegated to fighting for survival. We have had a few highs off late; but Hockey needs more. India needs more! 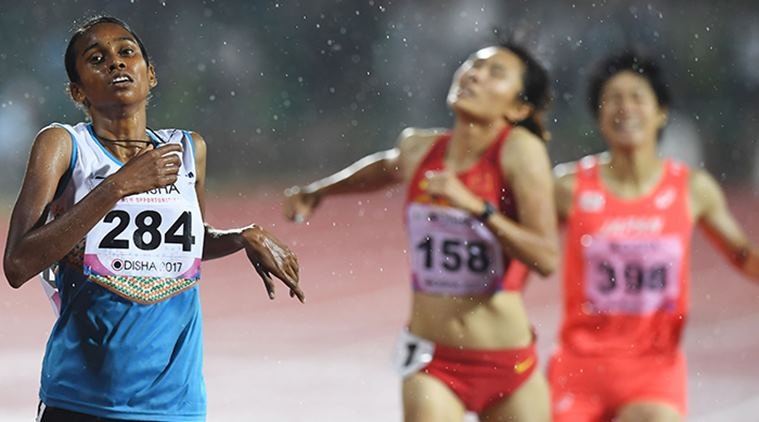 Athletics by far suffers the most amongst all the sports. The worst decision came this year. In 2017, the Athletics Federation of India took decision which were against the interests of the country itself. It stopped qualified athlete PU Chitra from attending 2017 World Championships in Athletics. Other smaller sports like gymnastics do not even get their due recognition. Basketball Federation of India is Split in two factions along with Gymnastics federation Of India which too is split in Two factions. Indian Ice hockey team had to rely on Crowd Funding on twitter just to enter a competition. For a mere Rs. 12 Lakhs!

Just for 12 lac rupees @icehockeyindia is suffering, with no options left we are crowdfunding, Please donate & RT ! https://t.co/1TFkkQxJmu

Is Cricket any different?

This kind of step-motherly behaviour on the part of the sporting authorities seems to be afflicting every sport except for Cricket.

Or so it seems.

The Board for Cricket Control in India is considered to be suffering from the same problem but from another perspective. Money pouring from all sides has not increased the level of infrastructure for the sport. The number of playable all-weather stadiums are still very few. It is definitely a sad state for a country that claims Cricket to be is its newfound religion. In addition to infrastructure, the leadership seems to be in shambles too. From the head of BCCI to selectors of national team, corruption has spread like a rot. There have been countless Match Fixing and betting rings that have come out in the open. Cricketers have been found guilty and punished but what about the administrators? 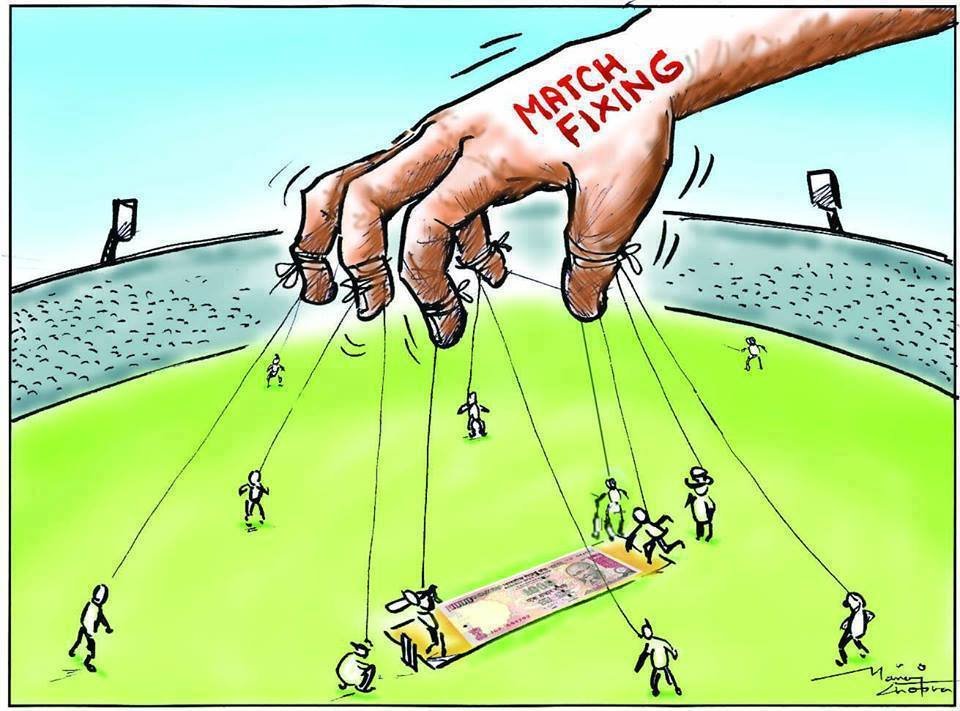 Lodha Commission was specially created to address exactly these problems. They suggested single sports associations in the states and a transparency in the election process of the BCCI. What hurt the BCCI Tzardom the most was the clause of limited terms for presidents. Hence even this went down the drain. Anurag Thakur, president of BCCI has a background of one single Ranji Trophy match. Does that qualify him to head the association over other veteran players? Apparently it does according the political heads of the country. This is important as it solidifies control of political forces in the most profitable sport in India.

So, what’s the prognosis for the sporting set up in the country? Where does it all end? The end lies only when politics and political interests can be eliminated from the respective federations. An equitable distribution of funds is in order to.

Most importantly, all the babus and politicians warming their seats for over a decade or more should be forced out. Dynastic succession in part has to be eliminated. Federations should be headed by sportsperson themselves. This will ensure that the interests of the players are understood by their bosses.

The medical set up, the infrastructure, the media attention required will be on its way only then.

Talent based selection has to be instituted throughout. A meritocracy has to be set up where only the best of the best are allowed to represent the country at an international scale.

Will we always be like this? No. We will not. And a lot will depend on the system largely.

The most striking example is of Kabaddi. The obscure event, popular only in the subcontinent suddenly has seen a positive rise. This is in large part due to India’s consistent victory against various subcontinental rivals. Also because of rebranding of Kabbadi. This is owed largely due to the grassroot base of the sport and little to no interference of politics.

Football too in the recent years has come to gain the traction it deserves. Indian Super League finally broke free from the shackles which had held and failed the I-League. The commercialization of football worked like a wonder. Teams are now normal household names. But it still remains to be seen whether India will ever have its own set of homegrown football heroes.

The question is, can the same be done for say, Athletics? Only time will tell. Maybe one day we shall also top the medal tally at the Olympics.