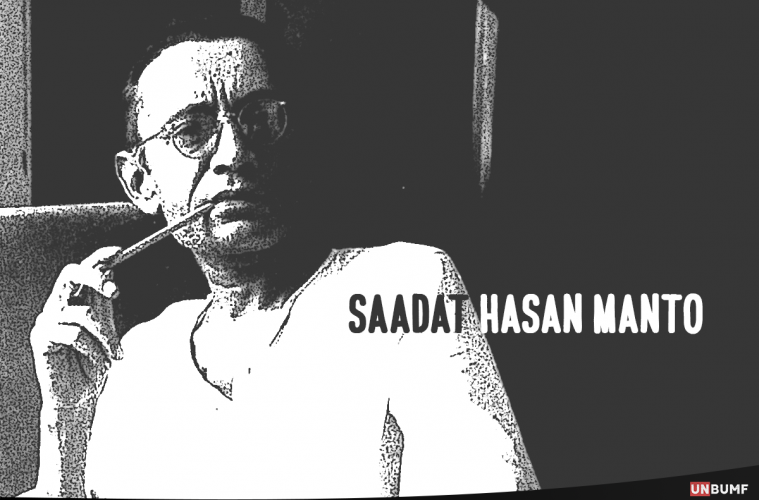 Remembering Saadat Hasan Manto And The Undying Legacy He Left Behind

‘In that sense, I don’t consider myself a writer so much as a pick-pocket. One who picks his own pocket and hands over its contents to you. Have you ever seen such a fool as me?’

– Why I Write, Saadat Hasan Manto

The 1947 India-Pakistan Partition and the associated bloody riots inspired many creative minds in both the countries to create literary/cinematic depictions of this event. There are many books, movies, documentaries focusing on massacres during the refugee migration and the aftermath of the Partition. Some creations depicted the massacres during the refugee migration. The others concentrated on the aftermath of the Partition in terms of difficulties faced by the refugees on both sides of the border and still, the trend continues after 60 years. 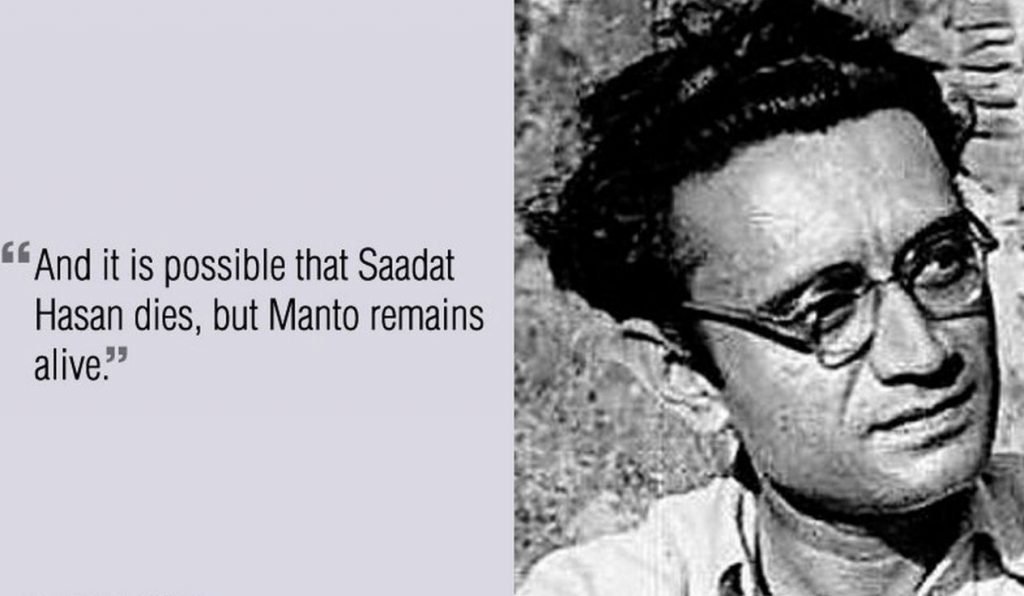 “Here lies Saadat Hasan Manto and with him lie buried all the secrets and mysteries of the art of story writing,

Under mounds of earth, he lies, still wondering who among the two is the greater story writer — God or he.”

The epitaph that Saadat Hasan Manto wrote six months before his death was never put on his tombstone. But, the words indicate that the impudent writer had no doubt about his place in the canon of Urdu literature, even though his work remained largely ignored and unappreciated during his lifetime. He achieved popularity much later.

Born in the Ludhiana district of Punjab on 11th  May 1912 to a family of Muslim barristers, Saadat Hasan Manto was an Indo-Pakistani writer, playwright and author. 2018 will mark his 106th birth anniversary.

Fearless, gutsy and magical – these three words are apt to describe how incredibly talented Saadat Hasan Manto was. Always defiant and unapologetic, he never got convicted even though he was charged with obscenity six times.

Saadat Hasan Manto was undoubtedly the best Urdu short story writer. Also, he’s among the best writers of ‘realistic prose’ of Southern Asia. He was a nonconformist in a society peevish about ‘obscenity’ in narratives. But today, his pre-eminent sin was the implied veto in his works which passed rallies in his days.

Manto and his popularity 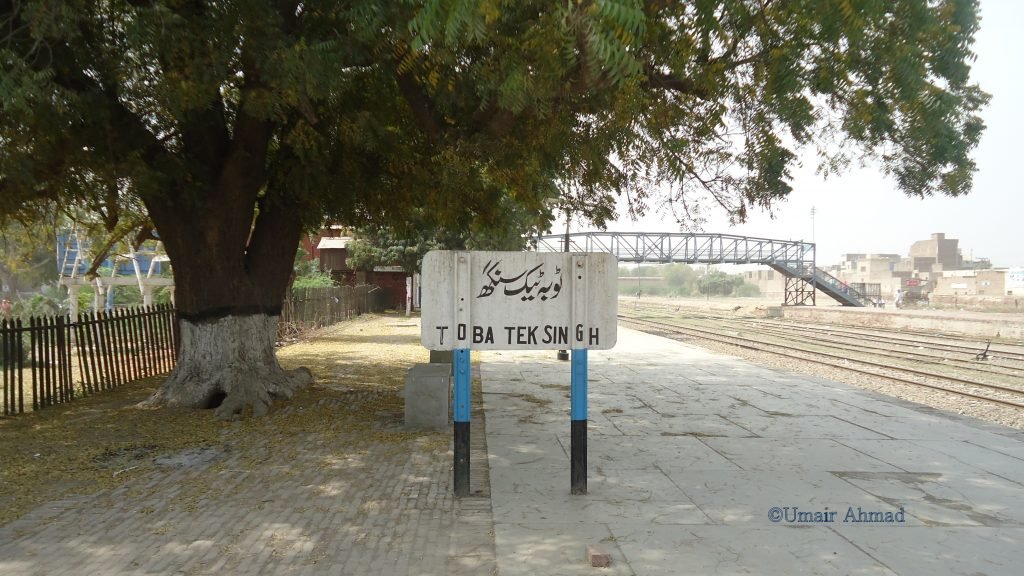 It was only posthumously that people started recognising Manto as one of the greatest short story writers in Urdu. However, during his lifetime, he was not only unhappy by the partition but also faced several charges on account of involving ‘obscene’ subjects in his writings. His versatility is evident in his writings about the lives of sex workers and years of adolescence with equal ease. The most noteworthy quality about Manto’s stories was the depth with which he saw an individual’s life and could analyse the prominent history of events. Whether it was the dog in ‘Dog Of Tetwal‘ who was stuck between the two borders or those asylum patients in ‘Toba Tek Singh‘ who were ported across the borders according to their religion, his narratives were rich with symbols.

“Try as I did, I wasn’t able to separate Pakistan from India and India from Pakistan. Again and again, troubling questions raged in my mind: Will Pakistan’s literature be separate from that of India’s? If so, how? Who owns all that was written in undivided India? Will that be partitioned too?”

The lively, diverse culture of Bombay had a great impact on Manto both as a poet and as a writer. Later he chose to cross the border and go to Pakistan. Although, he always yearned to come back to the land he had left behind.

His life in India

His happy days were those spent in Bombay, writing scripts for movies in which he even acted at times. He used to drink along with his constant companion Sunder Shyam Chadha, (a.k.a Shyam). Both hated the separation caused due to the communal violence of 1947. Manto’s best internationally known story is “Toba Tek Singh”. It was written in 1954 after he was out from Lahore’s mental asylum because of his alcoholism. Regarded as his best partition story, it is a scathing satire. It focuses on the absurdity of the division and the policy of the two post-colonial states. It causes a tension among the inmates of an asylum on the basis of their religion. Manto’s message was searing but clear: the lunacy of partition was greater than the madness of all the inmates put together.

Experiencing the distress of partition at close quarters led him to question the rationality of the events that took place. The mindlessness of the massacre and the ‘freedom’ that followed disturbed his mind. 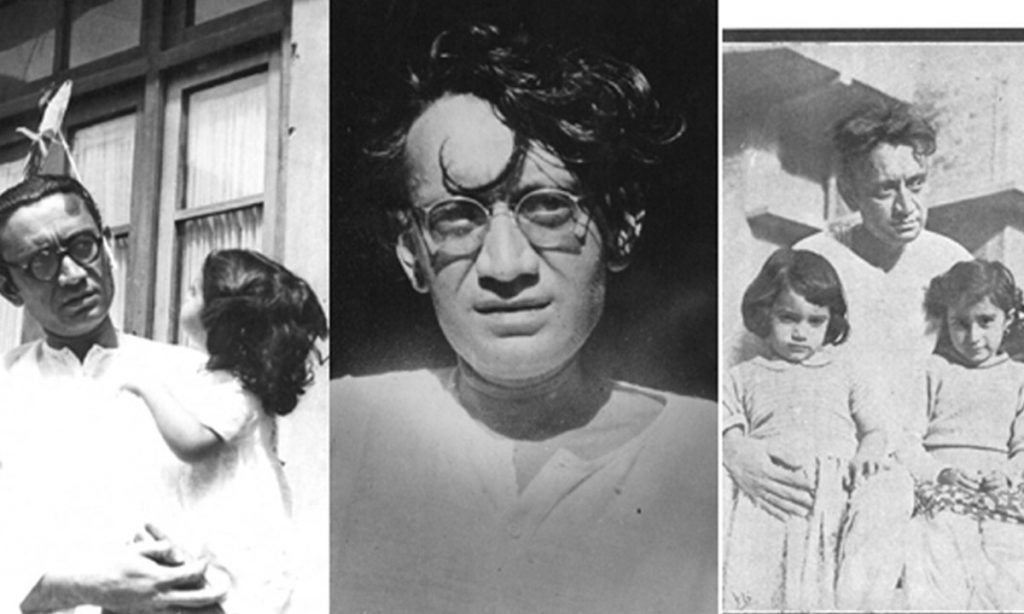 Legal actions taken against his writing

Manto got popular because of the obscenity in his writings in both the country India and Pakistan. He underwent six trials. Three times in India before 1947 (‘Dhuan,’ ‘Bu,’ and ‘Kali Shalwar’) and three times in Pakistan after 1947 (‘Khol Do,’ ‘Thanda Gosht,’ and ‘Upar Neeche Darmiyaan’) under section 292 of the Indian Penal Code and the Pakistan Penal Code in Pakistan’s early years. Regarding the charges of obscenity, he opined “I am not a pornographer but a story writer.”

His journey accentuates how borders cut the world through hearts and words, shaping lives and literature. It reminds us all that Manto’s work is just one of the many shared legacies that the two countries share and that they must affirm to conserve and save it, irrespective of political differences.

Even after 63 years of his death, the writer, the man with a bold ideology, the voice of conflicting identities, the Manto still lives on.