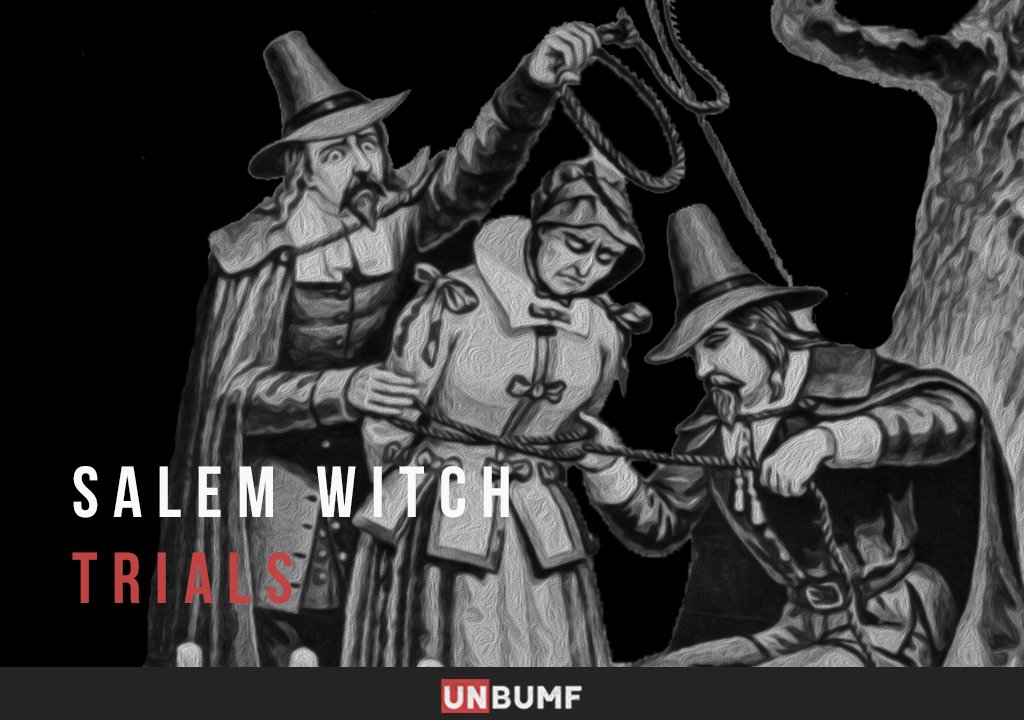 The Salem Witch Trials: The Theories Behind The Horrifying Incident

On a fine day in January 1692, a set of events would unfold that would change the course of history. A dark spot in the name of humanity. These events would collectively come to be known as ‘The Salem Witch Trials‘.

In the town of Salem, two girls named Elizabeth, aged 9, and Abigail, aged 11, started showing extremely strange behavior. As a result, this included making odd sounds, screaming and having epilepsy. They claimed that an invisible being was biting and pinching them. It is elementary in the story to know that these girls were the daughter and niece, respectively, of Reverend Samuel Parris. He was the first ordained minister of Salem. Shortly after, 11 year old Ann Putnam also started displaying similar behaviour. After her, quite a good number of girls followed her.

There was only one doctor in Salem at the time. He attributed these causes to something Supernatural. In February 1692, three women were accused of witchcraft in relation to these incidents. These were Sarah Osborne, Sarah Good, and the slave of Reverend Parris himself, called Tituba.

Sarah Osborne and Sarah Good pleaded innocent. But were anyway executed due to the trials. On the other hand, Tituba was the only one to ever make a confession in this long incident. Tituba confessed to using witchcraft against the girls.

She said: “The Devil came to me, and bid me serve him“. In her confession, she confessed to seeing specters such as eerie animals like red cats, black dogs and yellow birds. 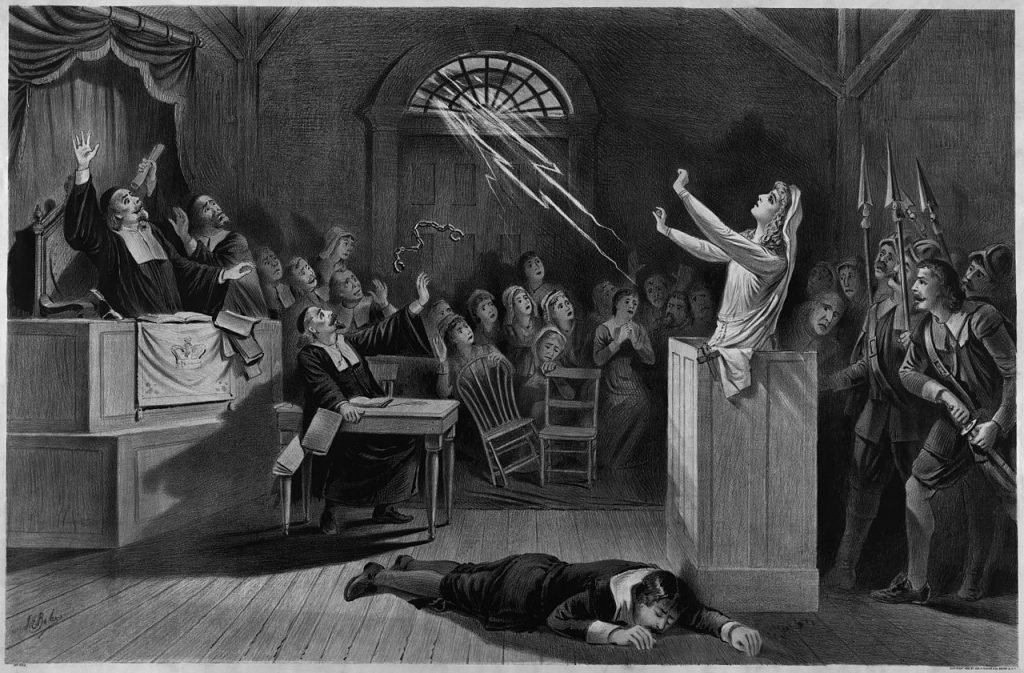 However, it is also widely speculated that Tituba had been forced to confess by the Reverend. This fact is strengthened by how accommodating she had been to the judges. This includes one incident where she claimed to go momentarily blind because ‘the Devil was punishing her for speaking against Him’. She spent one year and 3 months in jail. She was the last of the accused to be released.

In May 27, 1692, The Governer of the state called William Phipps, established the Court of Oyer and Terminer. It was a special court for the witch trials. Henceforth, the claims, accusers and accused grew in number. Many people claimed to be affected by witchcraft.

In these trials, 8 girls were afflicted by witchcraft. Most of accusations were done by men. All of these were between the ages of 9-20.

One notable execution of the Salem Witch Trials was George Burroughs, a Harvard educated Minister. He was accused of being the mastermind of all the other witches. The accusers even claimed that George was somehow biting them through the trials. However, the most outlandish claim against him was made by the Chief Justice. He said that George used an invisibility cloak given to him by the Devil. Before George Burroughs was executed, he made an emotional speech. He recited the Lord’s Prayer. Something that witches weren’t supposed to be able to do.

So all in all, around 20 people were executed in the name of these trials. 14 of them were females, and 6 of them were males. It is also said that around 13 other people perished while being held in jail. 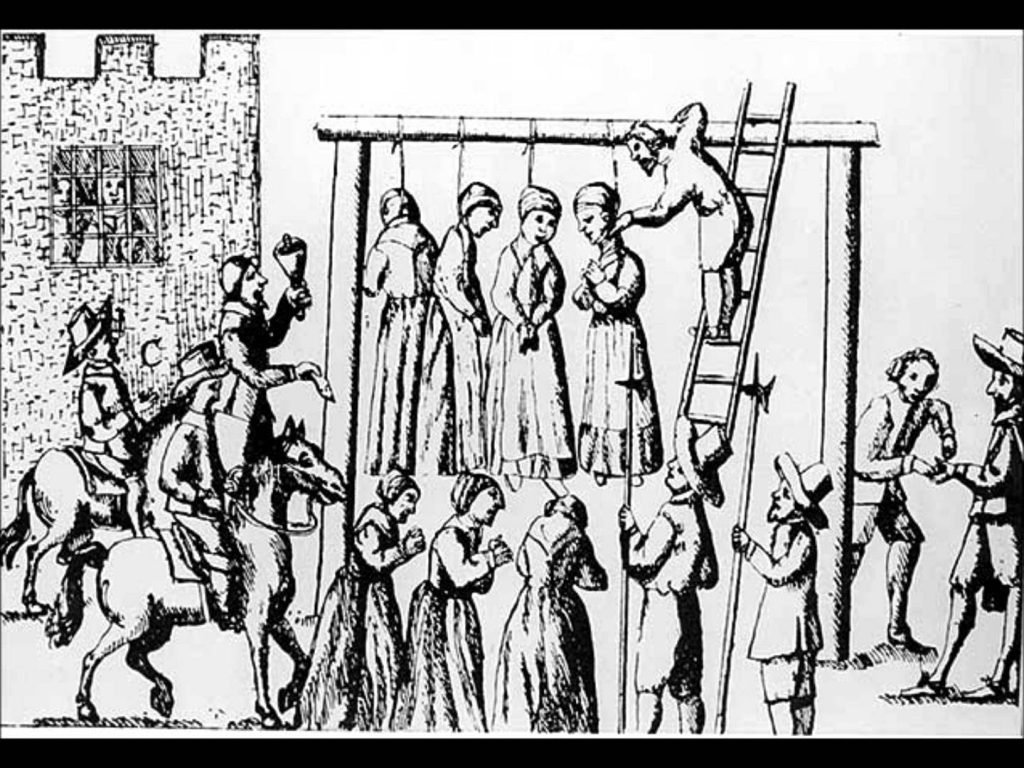 So, what are the some of the theories revolving around this sad incident?

This theory was given by Harvard PhD student Emily Oster in the Journal of Economic Perspectives. According to it, the trials were caused due to the Little Ice Age. That lasted between 1550-1800 and intensified between 1680 and 1730. According to studies, people in those times believed that weather conditions could be altered by witches. Therefore, this along with dire economic conditions and other physical and psychological ailments due to the harsh weather may have led to blazing the trail of the Salem witch trials.

This theory has been suggested by Linda Caporel, a behavioral scientist. Linda thinks that the conditions of the girls may have been caused by a fungus called Ergot. Ergotism results in irregular bodily movements. It also leads to hallucinations, muscle contractions, vertigo and crawling and tingling sensations. However, the girls showed no other sign of this illness.

Mass Hysteria is a term that refers to “a condition affecting a group of persons, characterized by excitement or anxiety, irrational behavior or beliefs, or inexplicable symptoms of illness”. (Webster Dictionary). What’s interesting to note is that the Salem Witch Trials are widely used as an explanation of the term Mass Hysteria. A lot of conditions could have led to this situation. Firstly, one of these could be the almost extreme Puritan beliefs and fears against paganism, witchcraft and the Devil in those times. In 1641, The Puritan Legal Code established a list of crimes. Witchcraft was on the list, along with the more rational and serious crimes like murder.

This theory stems from the claim of an actual person present during the time of the trials. Robert Calef, a merchant, accused Reverend of exploiting the trials for sociopolitical gains in Salem. And this theory makes sense. Because if we look at the pattern of how everything started right at Parris’ home. The claim that Tituba was forced to confess also fits well here. Parris could have skilfully created and used this fear  to seize back his power in the town.

However, all these theories will always remain speculations. Because what stands true are the innocent lives taken in an unfortunate doing of inhuman actions. The people who were executed were not even given proper burials. Their bodies were set in unmarked graves.

In 1957, the State officially apologized for the Salem Witch Trials.

And in 1992, after 300 years of the trials, a memorial was constructed in Salem. It was dedicated to the innocent victims by Nobel Laureate and Holocaust survivor Elie Weisel.