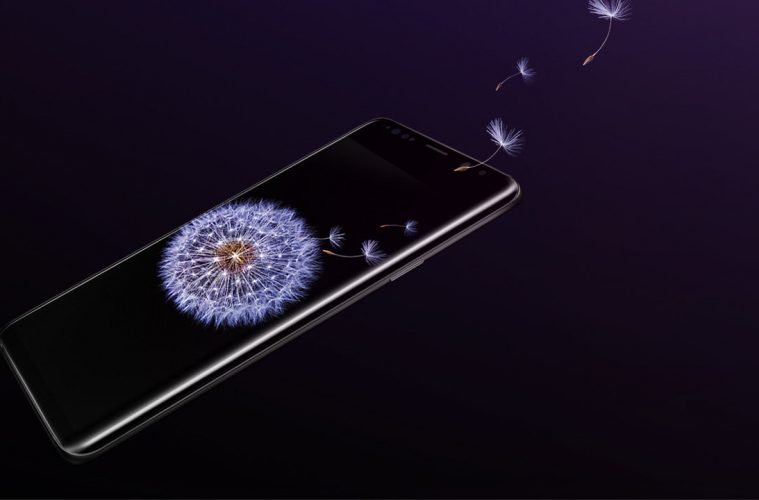 Samsung Galaxy S9- The Captain Of The Fleet Is Here

Samsung has unveiled its another fascinating flagship Samsung Galaxy S9 leaving the users awestruck with the amazing features and probably the best camera quality they have experienced so far.

It was launched in February 2018 and will up for grabs from 16th March 2018. So, let’s take a tour of the exciting features of the new handset to see whether it’s worth buying. 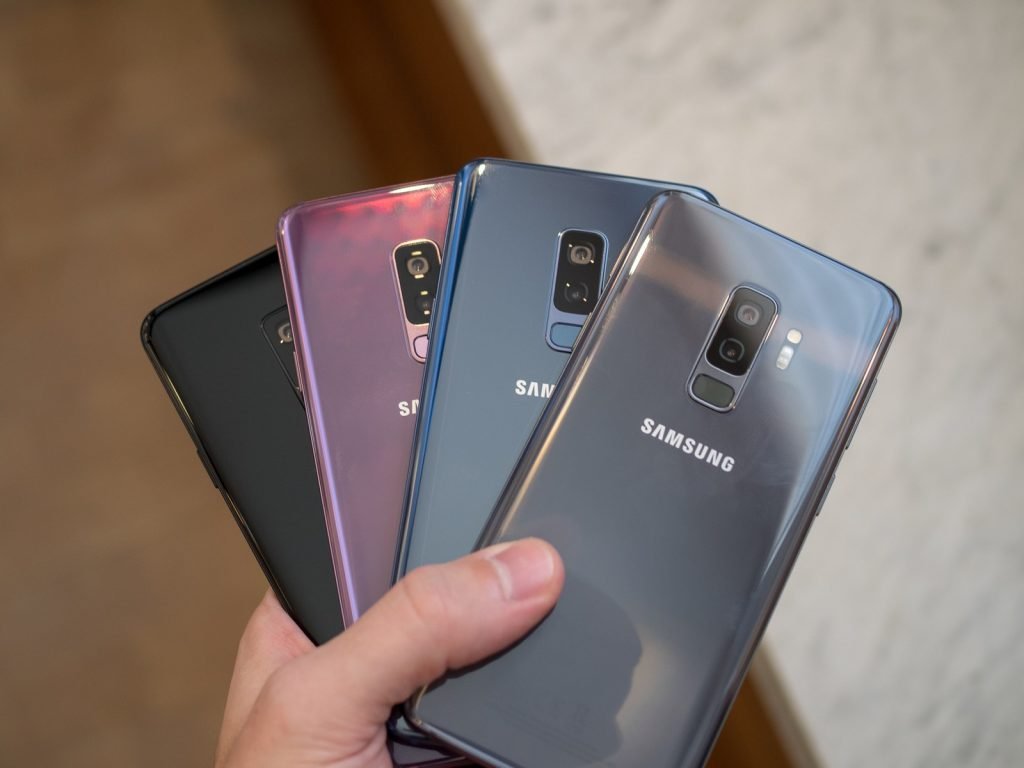 The Smartphone will be available in more than three color options i.e.Midnight Black, Coral Blue, Titanium Gray, Lilac Purple & will also have a built-in fingerprint sensor as the primary security feature, along with the host of connectivity options in terms of 3G, 4G, GPS, Wifi, NFC Bluetooth capabilities. The phone will come with 64 GB of internal storage.

The Smartphone will be powered by 2.3 GHz OCta core Samsung Exynos 9 Processor. A 4 GB of RAM & Mali G71 graphics processor will ensure phone runs smoothly even the most memory intensive applications with no signs of lag. 64 GB of internal storage will be open for expansion up to 256 GB via a microSD card.

The Phone will come with a large 3000 mAh battery to support its 5.8-inch screen with Super AMOLED Capacitive and Multitouch display having a resolution of 1440 x 2960 at 570 ppi. The screen is to be protected by a durable Scratch Resistant glass.

Samsung Galaxy S9 will come with a 12 megapixel rear Camera and 8 megapixels front Camera. The Smartphone is also expected to be loaded with Optical Image Stabilization. It will support Face Detection and high dynamic range(HDR) imaging as well. 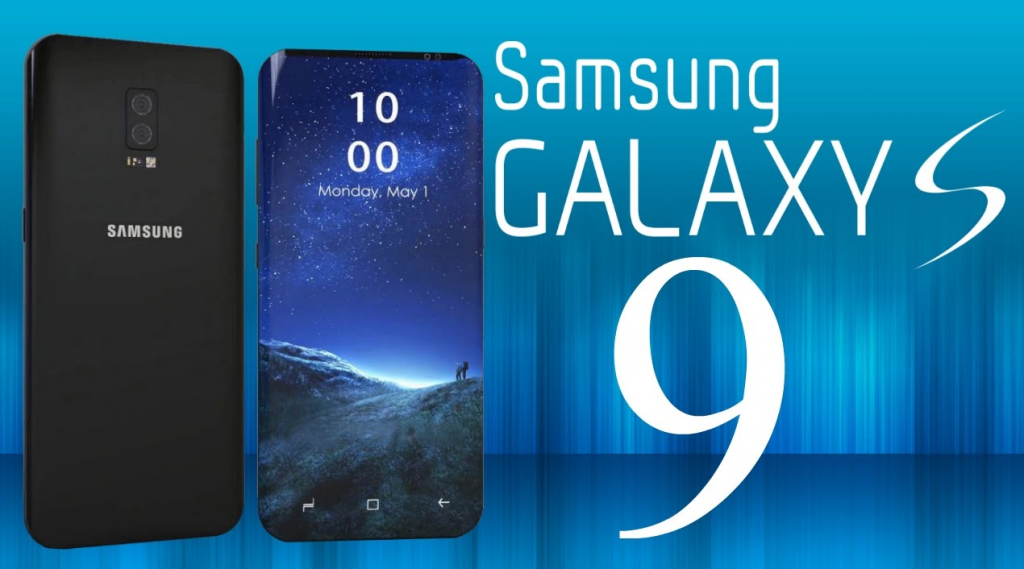 The Samsung Galaxy S9 screen has already been independently judged to the very best on the market. Bringing with it, the best in color reproduction, brightness, accuracy and overall sharpness.

It’s also been dubbed as the least reflective display on the market by DisplayMate. Meaning you’ll be able to see more of the on-screen action when you’re in bright sunlight.

But those are official findings made under lab conditions! The bigger question is whether the 5.8-inch display Samsung has slapped on the Galaxy S9 is good in real-life testing.

The good news for those looking to buy this phone is yes, the screen offers phenomenal quality. The colour reproduction, the brightness, the clarity of the screen is impeccable. Samsung has managed to make the Super AMOLED technology used for the display deliver images that are more real.

The Edge display is back from Samsung, making use of the curved edges rolling into the side of the chassis. Using the Edge screen to set your favorite apps, key contacts or record a section of the screen as a GIF seems like a really cool thing to do… but in reality, we just forget it’s there. 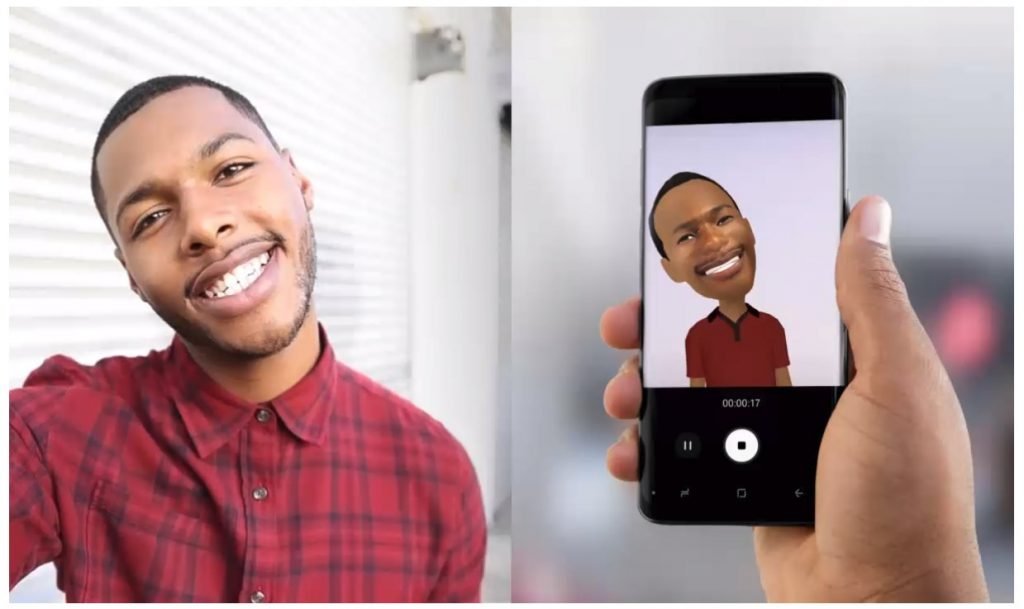 It took us a little while to come around to the idea of AR Emoji. And then not too long to get bored by them again. Let’s be honest here: these are a clear response to Apple’s Animoji. It gained a lot of attention when the iPhone X launched. It makes use of the TrueDepth camera on the front of the iPhone X.

Samsung’s offering feels like a watered-down version of this, albeit one with a bit more personality. To create your own little avatar you simply smile into the front-facing camera, and the Galaxy S9 creates your own digital version of you.

Once it’s created, you can change your avi’s hair and skin color and choose an outfit. It’s a shame there aren’t more customization options here, as the outfits are a bit limited and the hair colors aren’t particularly nuanced.

This may seem like a tiny thing, but if you can’t make your AR Emoji look like you then you – and your friends – are going to struggle to engage with it.

Bixby is back… and better

We were thoroughly disappointed by Bixby on the Galaxy S8 last year, as it promised to be the ultimate digital assistant and, well, it wasn’t.

It simply couldn’t do enough – it wasn’t able to work out what you wanted contextually or control enough apps. We could forgive the gestation period for this feature if it wasn’t for the fact that Google Assistant is already on the phone, and incredibly capable.

However, Samsung has upgraded Bixby on the Galaxy S9 and kept the Bixby button on the side of the device to allow you to interact with your assistant. You use the button as on a walkie-talkie, pressing to talk to Bixby and releasing when you’ve delivered your command… but it’s a bit slow to catch up.

Bixby can be too literal – wanting to set a timer preset rather than just starting a countdown for example. While you can ask it to take a picture and send it to a friend the whole process takes around 30 seconds – and that’s assuming Bixby can find the friend to start with, in which time you’d rather just do it manually.

The Galaxy S9 also keeps telling us that we can dictate using Bixby, but this was never 100% accurate. It was pretty darn good considering that you’re essentially talking to a baby robot, but we needed to edit our words before sending.

Bixby Vision has come a long way and the fact that it’s turned off by default is just beautiful. No longer do the little green fireflies automatically dance across your viewfinder when you’re trying to take a picture of your car, dog, mother or laundry basket. 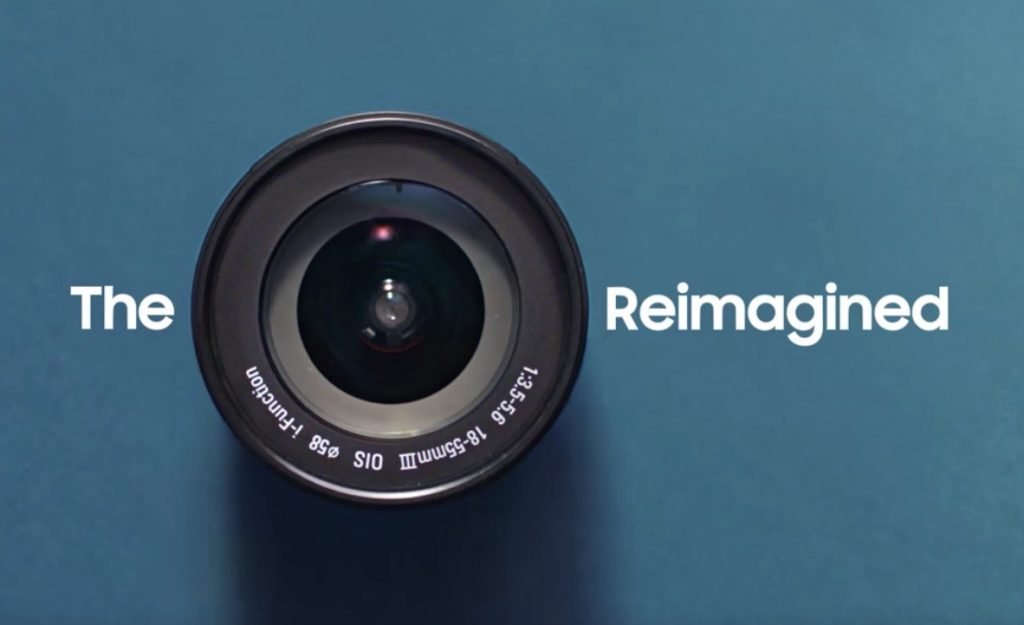 ‘The Camera Reimagined.’ would be a bold statement from any photography brand, let alone a smartphone maker. In reality, Samsung has been over-dramatic here.

The key upgrade is the fact that the sensor can now switch between an aperture of f/1.5 (for great low-light shots) and f/2.4 (for better brighter scenes) while improving the intelligence of the sensor so that it can analyze images more effectively.

On top of this, Samsung has refined the photography modes on offer. It now allows you to take myriad different styles of shot – and nearly all of them are useful and worth playing with.

Samsung’s Galaxy S9 and S9+ revolve around their camera features. The picture is a little clearer, however, as iFixit has torn down the S9+ and provided a better look at the phone’s camera tech.

To start, the signature variable aperture camera is possible thanks to a simple design. Here typically dedicated cameras have five-blade apertures. Samsung is using just two ring-like blades. That limits its functionality, of course (you can only choose from two apertures), but helps the camera stay relatively small.

At the same time, the teardown confirms what isn’t going on: namely, any advanced face detection. The camera and iris scanner system is “pretty much exactly” the same as on the S8. So it’s clear that features like AR Emoji are purely software-based. This isn’t exactly shocking (a quick spin with AR Emoji makes it clear there isn’t iPhone X-like hardware involved), but it’s good to have your hunches validated, isn’t it?

You won’t likely be discovering these things first hand, at any rate. While many of the parts are modular and can be replaced independently, the curved display and rear glass might not. And don’t even think of replacing the screen. You have to take apart the “entire phone” just to get at that panel, iFixit said. Like it or not, the days of easy access to Samsung phones are long gone. 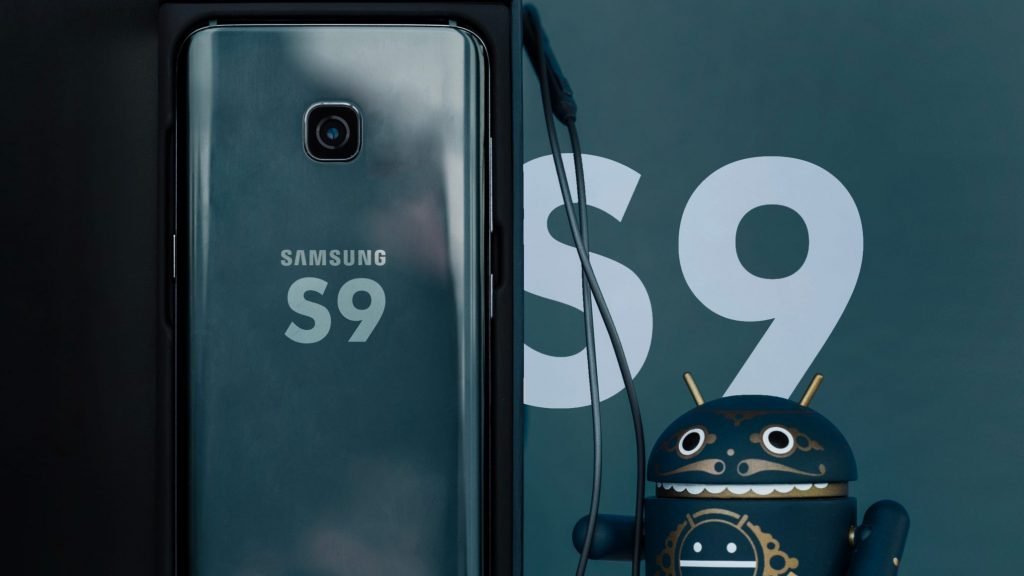 The other key feature that Samsung is talking up on the Galaxy S9 is the improved speaker setup. If you’re tired of hearing sound shoot out the bottom of your phone, you’ll appreciate that the top earpiece. It is now able to fire out sound towards your face.

These speakers have also been tuned to support Dolby Atmos sound. To give you a sense of space from the audio coming out from your phone.

Given how thin this phone is, the overall volume and quality of sound coming out of it is impressive. If anything the volume can go a little too high, and we found ourselves turning it down on occasion, despite only watching videos on social media.

The quality isn’t the best on the market. There’s definitely a little more punch and clarity from the iPhone X, where the Galaxy S9 is a little bit muddier – but the idea here isn’t to replace a Bluetooth speaker. It is to provide a decent experience when listening to music or podcasts without earphones.

The reason it can be both these things at once is that the Galaxy S8 was a brilliant phone. It marred only by the biometric issues that made it hard to actually unlock the handset. In solving those issues Samsung has righted a big wrong from 2017.

And that’s important, as the Galaxy S8 is still going to be on sale for a lower price. Thus making it a tempting alternative for those thinking of getting the new Samsung phone.With the Galaxy S9 offering only minor upgrades, Samsung is going to have a tough time convincing people they should go for the improved model.

That said, those upgrades are mostly things that will actually benefit the user. The Galaxy S9 camera is exceptional in low light. You’d expect that given the innovative dual-aperture technology Samsung has used in this phone.

The improved materials used in the construction offer a stronger phone. While you won’t feel that when picking it up, you’ll be thankful for it a year or two down the line. 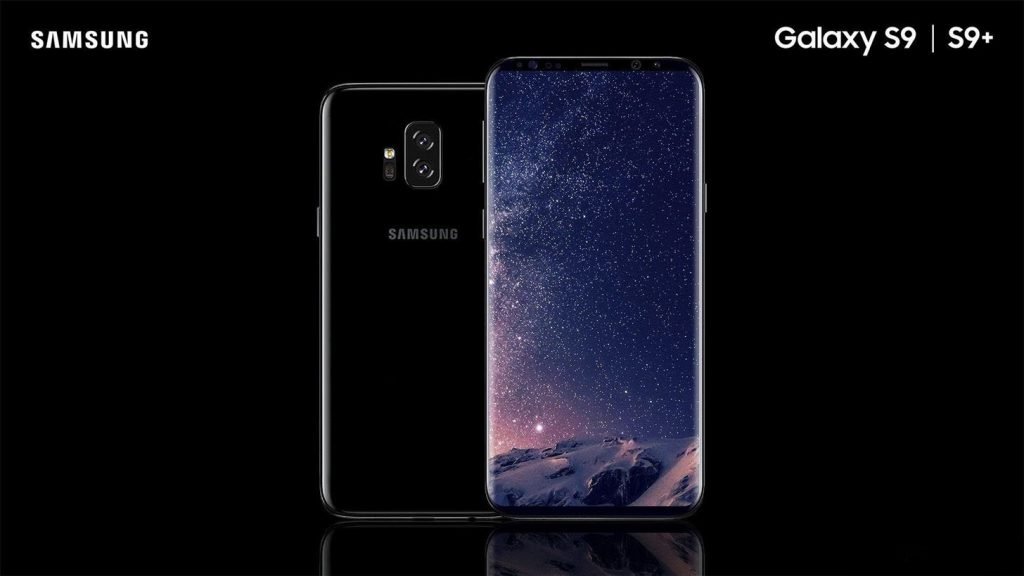 Should I buy it?

The camera is the big reason to go for the Samsung Galaxy S9. Even with the uprated power and improved construction, it’s not a great leap forward. The camera flatters to deceive at times, with the color reproduction the main issue for us.

It’s annoying to see that a photo is instantly improved simply by adding an effect in post-processing. It’s hard to work out why Samsung doesn’t just do this automatically.

The extra cost is going to be tough for some people to stomach. You’ll get a lot of the features here on the Galaxy S8, as long as you don’t mind some finger gymnastics to get to the fingerprint scanner on the back and aren’t bothered about having the best camera Samsung can create.

The Galaxy S9 could still be the phone of 2018 – but the competition has a real chance to catch up this year.