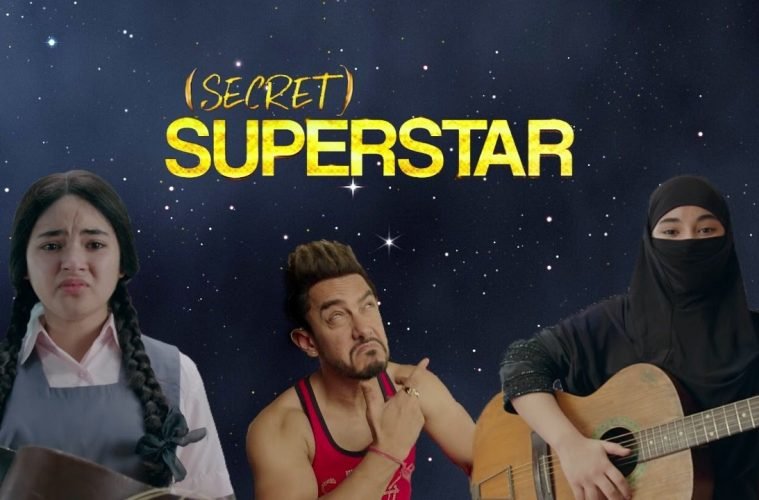 So, what do you think a typical Bollywood movie about chasing your dreams consists of? A conservative family, a rebellious kid, hurdles on the way and finally the attainment of success. Also, not to forget a godfather as well. Oh or wait, I’ll be less controversial and use the word mentor here. Anyhow, coming back to Zaira Wasim and Aamir Khan starer Secret Superstar. A movie which qualifies to be a classic Bollywood movie with all of the above mentioned elements. But hey wait, despite few prolonged scenes, the extremely fine way in which the story has been told on the screen is sheer beauty. This makes Secret Superstar stand above its counterparts.

So, when Aamir Khan backs a film, you are sure of the quality. The actor doesn’t let you down this time as well. Secret Superstar is a simple movie. But debutante director Advait Chandan makes sure you leave the theater with all the emotions – joy, tears, excitement and above all, content. 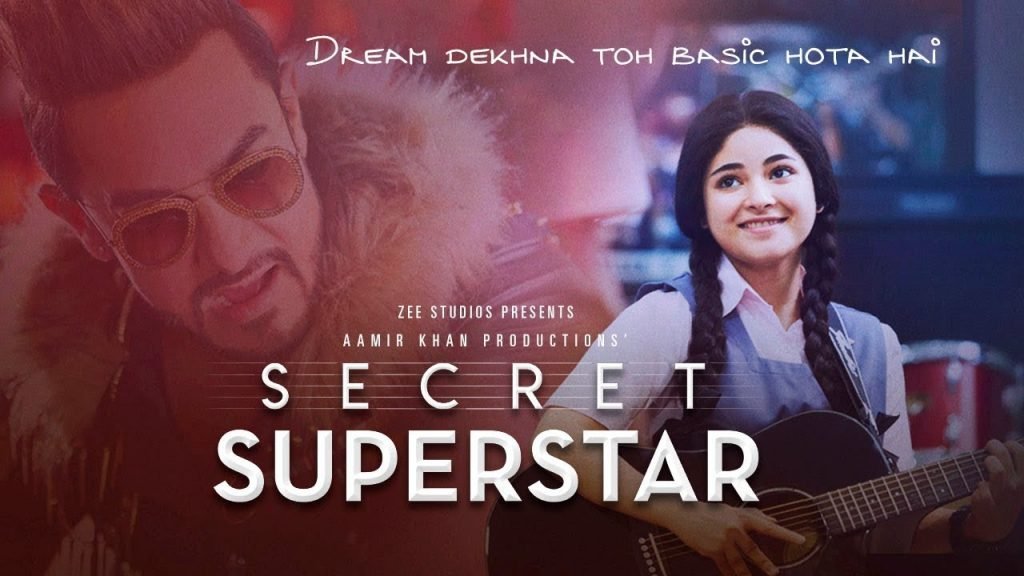 The film begins with 15 year old Insiya Malik, played by Zaira who lives in Vadodra with her family.

Born and brought up in a conservative Muslim family, the first half of the film portrays the discrimination Insiya had to face because her father would always prefer her brother, Guddu. Not just this, the first half of the movie does not digress much and very articulately portrays the abuse, both emotional and physical, Insiya’s mother (played by Meher Vij) has to go through; thanks to a misogynist husband.

Now that’s something not many oh-so-typical Bollywood movies will portray.

Insiya aspires to become a singer. The script takes recourse to no conventional signifiers to underscore the religious identity of the Malik family of Vadodara.  Barring the burqa that is fished out of the cupboard for the daughter to conceal her personal ‘identity’ in the youtube videos that turn her into an overnight singing sensation. She desires widespread recognition for her talent but the orthodox father will have none of it. Sigh!

Second half of the movie and here enters Aamir Khan aka Shakti Kumaarr. Oh yes, with double A and double R! Taking a dig at Bollywood and its obsession with numerology. Contrary to what you may have expected from the movie, Aamir Khan does not hog the spotlight in Secret Superstar. The movie does belong to Insiya. Although, he dominates many scenes with his flashy clothes and accessories. His tight animal printed t-shirts and crotch hugging jeans starts looking like forcefully stretched after a point of time! 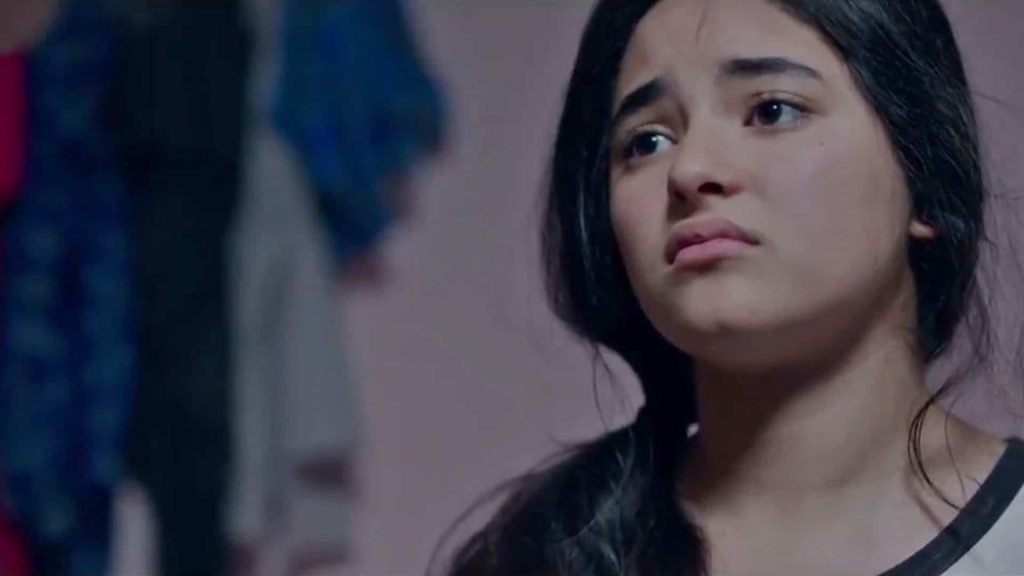 Unlike what people assumed from the trailers, Shakti Kumaarr is not the inspiration or motivation for Insiya.

A fearless, rebellious teenager who constantly goads her mother to take a step against domestic violence, Zaira steals the limelight as Insiya Malik. Mehar Vij as Insiya’s mother and Raj Arjun as Insiya’s father have put up a commendable act and supported Insiya well.

An unsteady teenage love story has also been added into the screenplay. Insiya’s classmate, Chintan Parekh (played by Tirth Sharma) makes it very evident that he has a soft corner for her. Inspite of initial reluctance, Insiya and Chintan become best friends. Chintan eventually becomes her most trusted accomplice when she decides to break free from the shackles.

The sheer beauty of this movie lies in the way the story has been narrated.

This is what Insiya’s mother had to say to her when she expresses a desire for something. This one line shows the conservatism seeped in Malik family where a conservative father is oblivious to the dreams and desires of his daughter.

But the director, Advait Chandan makes sure that humour is present in the screenplay and Shakti Kumaarr does that task with his I-am-so-irresistible-attitude. The film also takes good-humoured swipes at the ways of the music industry, award shows and the entertainment media through Shakti Kumaarr’s character. 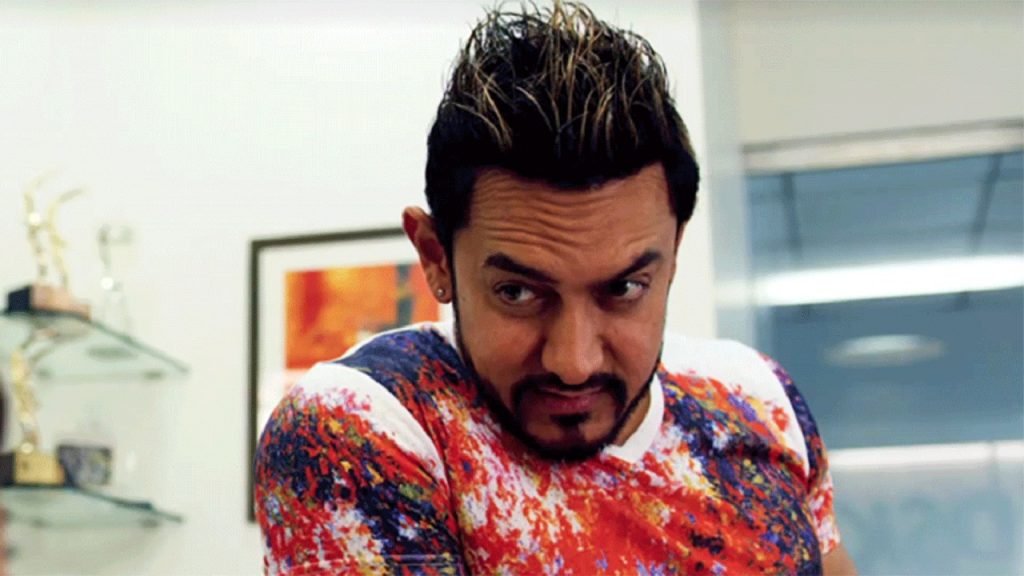 But Secret Superstar never loses sight of its principal purpose.

A mother who goes out of her submissive way to let her daughter follow her dream, a daughter who continuously supports her mother to fight domestic violence besides pursuing her dream, rising above all the inequality she was subjected to since birth.

Special mention to the Dangal star, Zaira Wasim for her realistic portrayal of the character. It is an absolute treat to watch a 15 year old act with such intensity and not merely being painted as a doll on screen.

Amit Trivedi’s music and Kausar Munir’s lyrics acts as icing on the cake for the movie.

This Diwali, go to the theatres with your family and give a shot to this conventional yet not-so-conventional Bollywood movie which will make you fall in love with Insiya for sure!