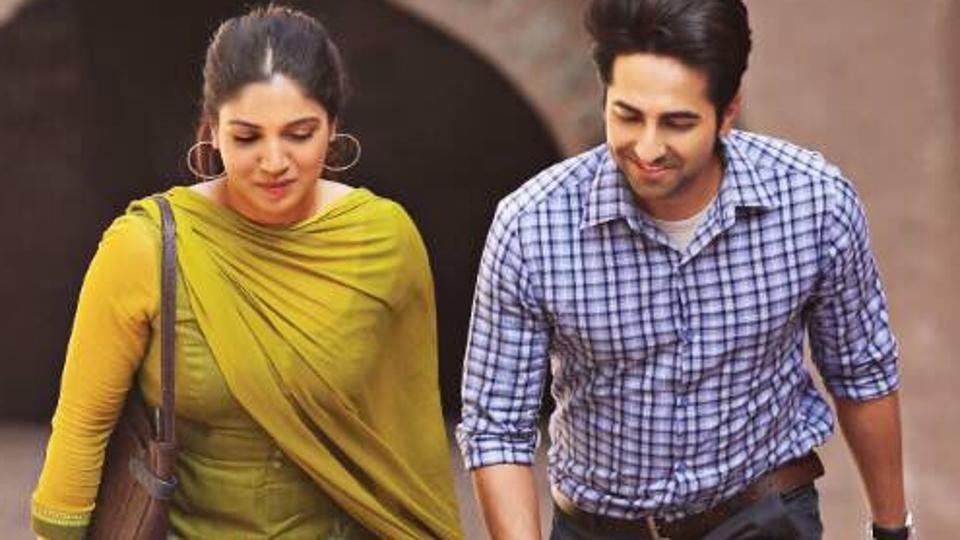 When you think of a film, the first thing that comes to your mind is an image. The credit for how beautiful that image is, goes to the cinematographer. Well, mostly that is the case. What we generally miss out on; are the whole lot of people who have worked on that particular picture as well such as the location scouts, production designer, art director, color grading team and so on and so forth. Seldom does it happen that you come across an example where such an artist makes its art shine out so bright that you are compelled to take note and sing praises all the same. Shubh Mangal Savdhan does that for you!

They say if you fail to notice the work of the art director, then he has done a splendid job. Out of all the Indian films that I have watched this year, the art direction of Subh Mangal Savdhan blows everything out of water. It is because of this that the director was able to pull off an amazing feat, a victory at his part, which we will get to in a second.

Subh Mangal Savdhan is that student whose answer sheet is showcased by the class teacher so that other students can learn by example. Every frame of the film is carefully designed so that the audience has something to relate to. From a blue flex displaying ‘All mobile tempered’ to a hawker with a board stating ‘laptop lamination’. Taking steam while covering the head with a towel to rushing to not miss the metro, Shubh Mangal Savdhan does an awfully well job of creating the middle class that we are a part of. 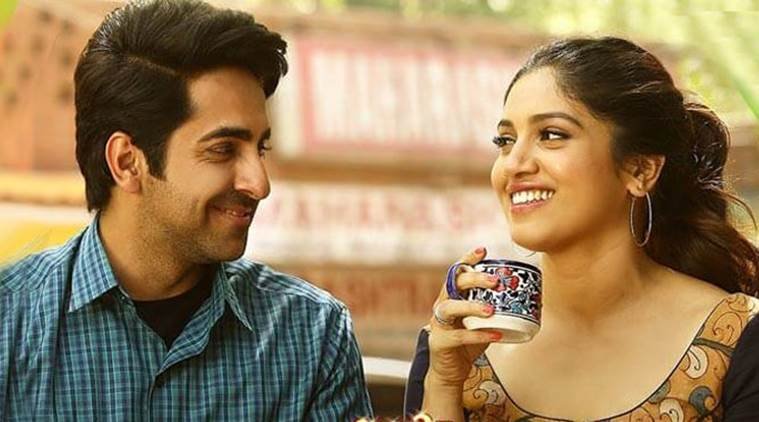 However, it does not really stop there. It graduates from the notion of creating the look of the film to influencing the dialogues of the film as well. Although I would hate to give anything away but there is one particular scene in the film where the families are seeing each other for the first time via Skype. The groom’s uncle asks if the painting in the background was made by Sugandha (played by Bhumi Pednekar). To which the bride’s father replies – ‘nahi yeh toh seelan hai’. Though it makes for a few laughs. This scene has a deeper significance. It goes to show that art direction is to not only assist but also accentuate storytelling as a whole.

What is even more amazing about this is how the director R. S. Prasanna incorporates this in order to create an experience, which is extremely personal. Subh Mangal Savdhan is a film that knows its audience extremely well to the point that the understanding is equivalent to that of an old married couple.

The movie begins with a montage of old and new Hindi films. Setting the tone of what the Indian middle class has grown up watching. It introduces us to Sugandha. Sugandha  is fascinated by the romance and love shown in such films. One that has been glamorized to a point of no return. It shows us the aspiration of the middle class who are enamored by the extravagance of romantic dramas. We are also introduced to Mudit (played by Ayushmann Khurrana). The modern male who does not want to bend to the patriarchal society and its norms. It stands as a story of love in the modern day middle class society where arrange marriages are enforced to the point that instead of arranging their love marriage. People are willing to settle for loving their arranged soul mate.

The beauty of this normalization is that you are never really bothered by it. Instead, you feel even more engrossed. The movie does not show you a realistic version of your reality. It instead shows you an actual instance from your reality. Very early on in the film we watch Sugandha and Mudit standing in a long queue of people waiting to withdraw money. This clearly was a nod to many such love stories that were reported during the time of demonetization. When people would find their better half while moving from queues to queues in search of money. 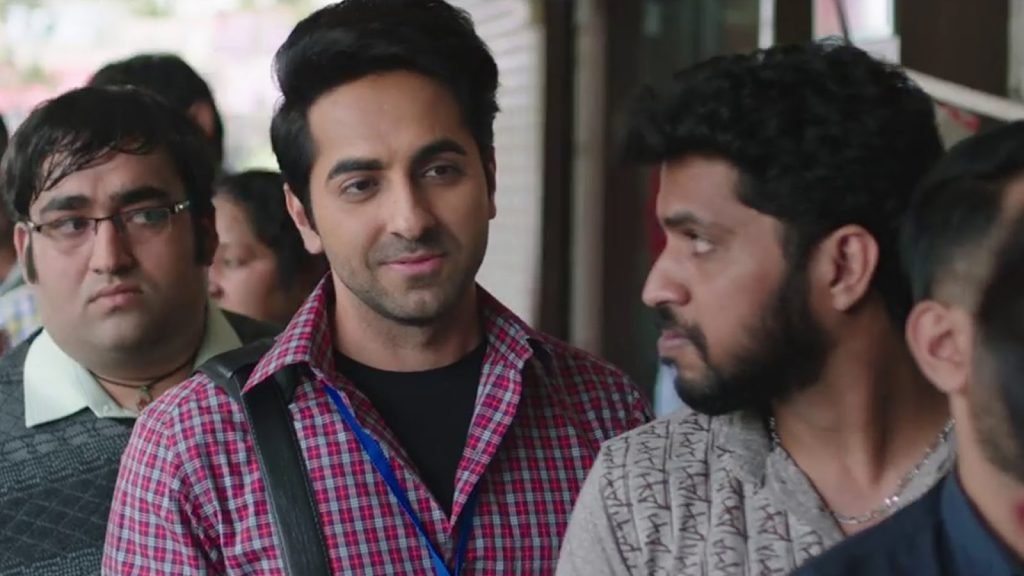 As a person who stood in that queue for two hours while having read such news articles about love stories germinating from such queues. Can you really say that you have never fanaticised with the idea of finding someone in such a queue yourself? It has to be one of those fantasies that you have toyed with. And when you watch it on the silver screen; you enjoy it at a much deeper level. Unlike a simple scene depicting flirtatious exchange between two individuals because you lived it somehow. You have stood mum when you watched a pre-wedding photo shoot. You have cringed at the various poses the bride and the groom were made to perform. This is the victory that I was talking about.

Shubh Mangal Savdhan toys with your fantasies. It makes you go through them in a rapid succession as the film proceeds. The art direction serves as the foundation for this.

I would love to recommend this film to everyone but instead I will rather tell you what the film is about. That’s because if you were not convinced by now, not even a movie date with the star cast of the film would make you go to the theatre.

You might have heard that Subh Mangal Savdhaan is a film about erectile dysfunction. That is a flawed synopsis. It is like saying that Interstellar was a film about time travel or that Inception was about lucid dreaming which is far from reality.

Interstellar was the story about the relationship between a father and a daughter. Inception was about a man who wishes to go back to his family and forgive himself for the loss of his wife. 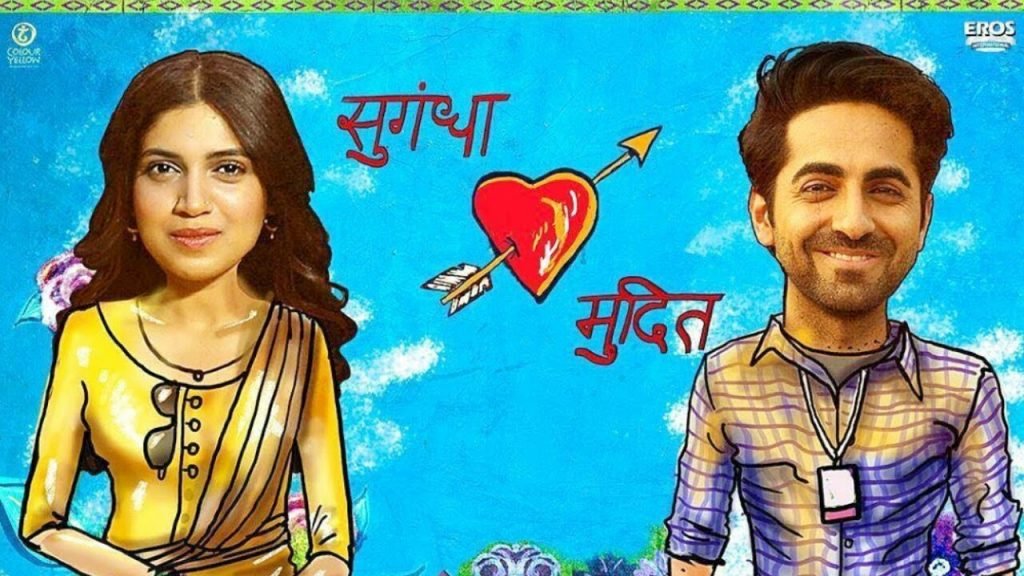 Subh Mangal Savdhaan is not about erectile dysfunction. Although that happens to be one of the central cogs in the brilliant clockwork of the film. The erectile dysfunction is only a front for a powerful message. The message being, patriarchy takes a toll on men as well. Instead, the film is about two individuals coming to the realization of what love is. Also, how either one’s problem is a problem for both.

Don’t miss this movie for anything!