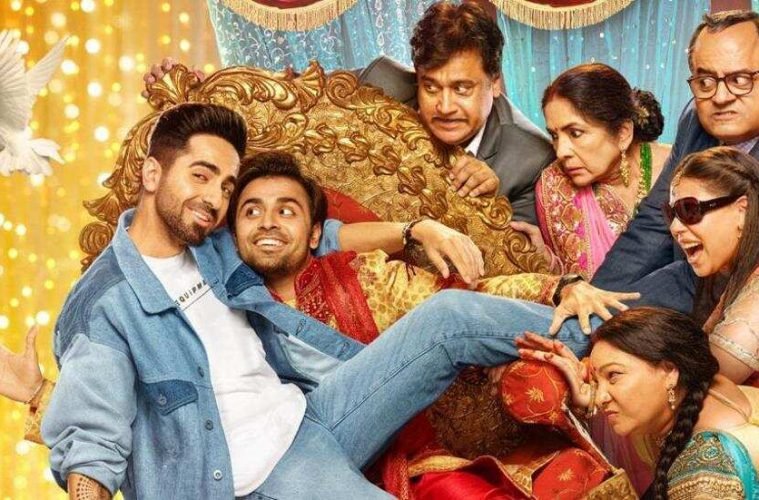 On 6th September 2018, the Supreme Court of India reversed the application of Section 377, which refers that consensual homosexual intercourse between two adults is unconstitutional. They called the section irrational and indefensible. Hence, homosexuality got a clean chit from the Supreme Court of India and was declared to be legal. Even though it has been a year and a half since then, movies like Shubh Mangal Zyada Saavdhan, will still have to fight for audience, the topic of homosexuality is still frowned upon in the society. Even today, the society would prefer to force someone to marry and be a part of heterosexual couple than to accept their happiness in a homosexual set-up.

The topic of homosexuality carries a stigma along with it which will take years to break, especially in an average Indian society. Even though it has been legalized, but yet, many individuals fear to admit their sexuality. The fear of society makes them lock themselves in a closet and live a life where they’ll be oppressed by their feelings.

Shubh Mangal Zyada Saavdhaan is all about “coming out of the closet”, as it clearly states that “love is love”. It is a movie that holds the capability to penetrate the homophobia mentality and reach out to the masses.

Yes, there have been many movies discussing the same topic, like Aligarh, Ek Ladhki Ko Dekha Toh Aisa Laga, Margarita with A Straw, Fire and many more, but none of these used the genre of comedy to bring out the message to the audience. This is exactly where Shubh Mangal Zyada Saavdhan stands out.

Shubh Mangal Zyada Saavdhan is a story of Kartik and Aman, played by Ayushmann Khurana and Jitendra Kumar respectively. It is about two openly homosexual individuals, who even though are sure of their sexual identities, yet have to fight against heteronormativity thrust down their throats. The story is set before homosexuality was legalized by the Supreme Court and circles around their various attempts to sensitize their love for each other in front of Aman’s parents.

Aman’s father, Shankar Tripathi is a horticulture scientist who has invented a Black Cauliflower. The director uses this as a symbol of Shankar Tripathi’s mentality as that Black Cauliflower. Due to his Black Cauliflower, the whole city of Allahabad is in a state of turmoil, yet he thinks that he has given the next best thing to the field of science and agriculture. When his own son and his son’s lover are trying to explain to him the validity of their love, he still sticks to his thought that if it is not with the opposite sex, it is unnatural.

Shankar’s younger brother, Chaman Trivedi (played by Manu Rishi Chadha) is all set to marry off his 27-year old daughter, Goggle (played by Maanvi Gagroo) but is rejected by almost every guy because of one of her eyeball is a prosthetic. At her wedding, Aman finally comes out in front of his whole family by kissing Kartik publicly. This leads to a great confusion in the family and eventually, Goggle’s in-laws refuse to wed their son with a girl from such a family.

Aman’s mother finds a suitable girl for Aman but the girl seems more interested in Aman’s mother’s jewellery. The second half of the movie is full of a chaotic comic sequence where the whole Tripathi family is busy fighting with each other and Kartik just rubs salt on their wounds. In the climax, the director has very nicely ended the chaos by showing that if the highest judicial authority of the country has accepted homosexuality and has legalized it, then we being the citizens of the country should accept it as well.

Aman’s parents, played by Gajraj Rao and Neena Gupta, are the perfect stand-off for the leads as their promising portrayal of an average middle-class parents makes the storyline exciting as the humor emerges from the chasm they go through when they get to know about their son’s sexuality. The chemistry and the comic timing of the Badhaai Ho couple will leave you in splits here as well.

Ayushmann Khurana is already known for his hard-hitting roles in socio-comic flicks that target to educate the society about accepting the bittersweet reality. Through his movies, he has always portrayed that it is okay to be yourself no matter if you are a guy on the verge of balding or a guy who can earn a hefty amount of money by simply donating his sperm. Regardless of how complex the character is, Ayushmann Khurana delivers it with full conviction, giving you a spectrum of brilliant performances like Inspector Ayaan Ranjan in Article 15 or Pooja in Dream Girl. This one is no different.

But one cannot simply ignore the performance delivered by Jitendra Kumar, known for his character Jeetu Bhaiya in the famous web series Kota Factory. The IITian turned actor gives a perfect portrayal of an individual who is trying to come out in front of his parents who are after his life to get married. It is clearly visible that both the actors have worked a lot on their body language for their respective roles and have impeccably delivered a brilliant performance. Notable almost any movie shows a homosexual individual is shown to be tacky or overly effeminate, whereas Ayushmann Khurana shows that being homosexual can be as masculine as any straight man.

All in all, the movie is a perfect blend of good casting, well-written dialogues and a strong storyline with an underlying social message. You will also get to see Bhumi Pednekar in a cameo. Not giving any further details on it.

I would suggest that you take your parents along with you to watch this movie as it’s high time for their generation to understand that it is not unnatural to have feelings for someone belonging to the same sex. You never know if they might end up seeing their mirror image on the silver screen.