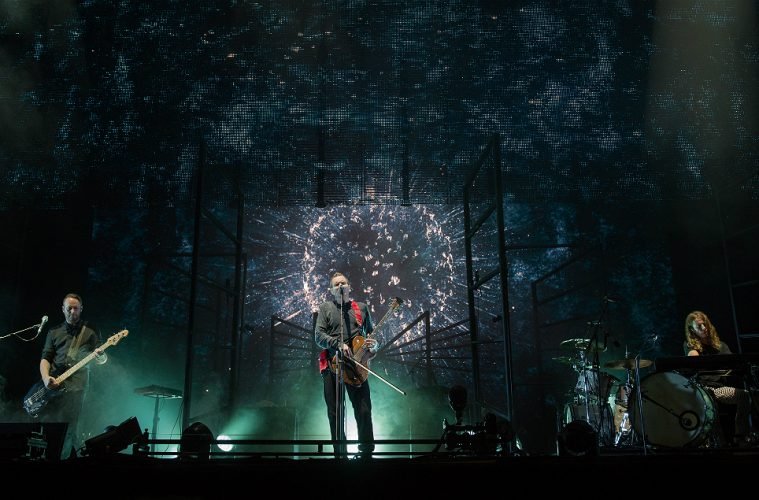 Sigur Ros – A Band With Its Own Language

It is Friday night when my friends and I are following the ‘forever alone schedule’ religiously. It starts off with the late brunch and binge movie watching, and ends almost the same way. So, here we are three rational minded men lying on our beds like Koalas and watching movies. Suddenly one of them asks me about my opinions towards ‘originality’. Being the loud delhi wala, I jumped at the opportunity of showing off my knowledge (it backfired, just in case you wanted to know).

I started off by quoting examples of some great movie directors. I started explaining how Kurosawa makes sure that a viewer can always see all the actors in a single frame and how Hitchcock is master of the art called Blocking (to explain where the actors should stand and how they should move). Then I went over to explain how the band Tool vents out through its music and do not care if its records sell or not, or the time it takes in making its album (they have been working on their new album for the past 10 years), which most of the times is on blatant topics. I spoke highly of the way Charlie Brooker’s Black Mirror is against the very foundation of cinema and other art forms.

The guy was still unconvinced. So I did did the one thing I hate to do the most. I asked him for his opinion. He introduced me to the band Sigur Ros and I was quiet after a very long time.

This Icelandic band came up with their own language to express their thoughts and feelings. How cool is that, right? They felt restricted by the languages known to man. So in order to express their feelings and thoughts they came up with a new means of communication. The interesting part is that as this language is contemporary, the listener has the luxury of comprehending multiple meanings from their songs and lyrics.

This is the closest music ever went to abstract art.

They have opened for other major bands which have now become household names eg. Radiohead. So, what is so special about their songs you may ask? Well, they did a tour of Iceland and recorded different musical pieces in different locations. “So what?” The catch is that the songs were composed and recorded according to the acoustics of the location. So their recording locations ranged from caves to churches and finally culminating into their stage show where the guitarist plays his guitar with a cello bow. He is the only individual I have seen accomplishing this feat after Jimmy Page himself. The video of the entire tour is one of the best ever. So, start from that tour.

Describing their music is difficult. The soothing falsetto vocals have a magic of their own. In the playlist where you have all the psychedelic and post rock songs, this band’s music fits in perfectly. The songs of this band have been used in CSI and the movie Vanilla Sky. Their compositions have a very beautiful amalgamation of all the instruments and the cumulative impact is better felt than explained.

To top that off, their videos are impressive works of art too. While listening to the music and getting lost in the lyrics these videos guide our imagination to the right direction. Compared to other band performances, while watching Sigur Ros live, the audience has people of different ages. Ranging from kids to senior citizens and elderly. They equally enjoy the music and more interestingly they sit down on the ground to savor the bliss.

“Post rock” was a genre coined for such bands. This so because they use the conventional rock instruments but the creativity that their members have, gives a very different soul to the song. Surprisingly enough, these guys have been around for a very long time but never attracted much attention. The reason behind their not-so-popular career is that they dwell only in the music collection of a few who were ambitious enough to try ‘uncommercial’ bands and music.

Yes, they have longer songs than the ubiquitous 3-4 minute long ones. But their objective is to give you an experience from the start till the end. They want you to be vulnerable, at least a bit, so that their music sinks through your skin and communicates with your soul, which does not have a language but understands emotions.

Give them a try, you will not be disappointed.