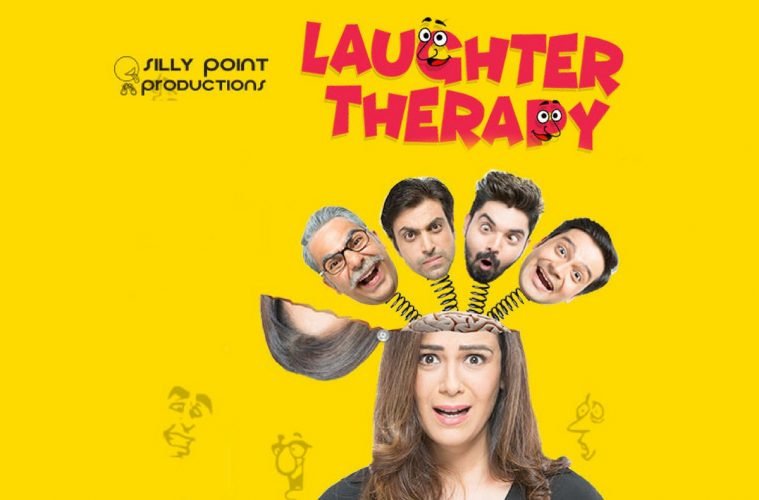 The play revolves around 4 protagonists, the daily dilemmas of their lives and how they find their own funny ways to deal with them. Or in this matter, how they try not-to-deal with them. But so much do the problems get out of hand that these 4 land up in a group therapy. The therapy is lead and facilitated by Dr. Bombay (played by Mona Singh). Now, it is not like they have chosen to be in this therapy. But, it is the best option, as the only other way out is by going to jail.

We have a Marathi Hindu (Danesh Khambata), a Catholic Goan (Siddharth Merchant), a Parsi (Danesh Irani) and a Muslim (Sajeel Parakh) sitting together and combing through their lives while pulling each other’s legs. In this process we get know each character’s past and present.

The Marathi Hindu has a complaint to raise in the Indian Railway Complaint Department, but gets bogged down by the tardy process to the point that he ends up manhandling a woman. This lands him into therapy with Dr. Bombay. The Catholic gets into a spat with a couple of angered customers at the shack where he works. This lands him in therapy. The jovial Parsi is caught with a gun at the airport, which lands him in therapy. While the Muslim was just doing his duty at the airport, but couldn’t find the gun of the Parsi, in the first place. He comes to the therapy session to know how did the Parsi hide his gun so well. Now, this is not the best of the group for Dr. Bombay to deal with, but she shall do what she has been assigned to do.

The play although a riot of laughter from start till the end, also touches upon the softer issues of the society. Be it the treatment of employees in a government set-up, the sensitivity people attach to certain regions/locals or the prejudices attached to different cultures and religions. And the play is unapologetic about it all. To give a twist of each of these the characters are shown to have come from different walks of life, culturally, if not economically. And since all of these can co-exist in Mumbai, they do. Now, the characters may or may not have become friends post this different therapy session, but they sure did learn a few things.

The actors are versatile, as each actor has played 7 characters in the play. Merchant and Irani play their characters fabulously and being the funniest of the lot, keep the audience giggling. The play, written and directed by Meherzad Patel, boasts of reality squeezed with playfulness. This play is definitely worth a watch.