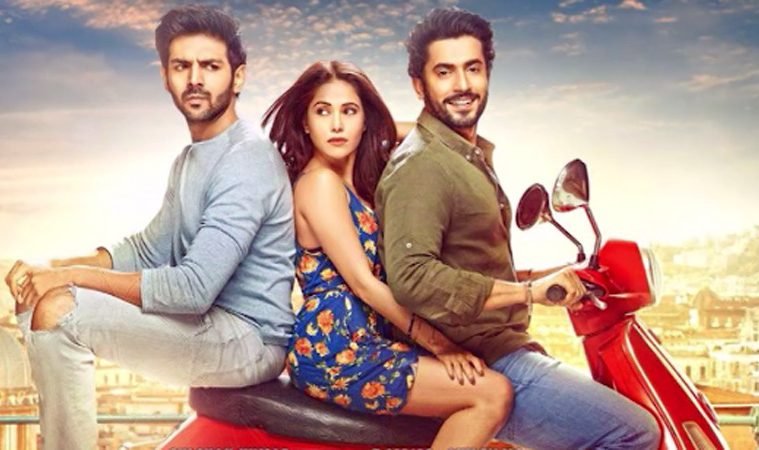 Next time you are laughing at a joke, take a second to maybe pinpoint the exact reason as to why are you laughing. Was it the joke that was funny? Was it the funny friend because of whom you laughed? Or was it just the situation?

Maybe break it down even further?

Was it the string of words that had an impact or was it just the way it was delivered?

No matter how simple it is to consume, humour is a very complex thing to understand. One of the reasons for its complexity can also be attributed to the fact that if delivered correctly, it is almost instantaneous. It takes a fraction of a second for a good joke to register and the response to it is immediate. Now, of course, if you were to go into the technicality of it, there exists a long list of comedy genres. Based on your liking, you shall respond to that particular type of humour.

But why would you? Why would you take a second to understand the type of comedy while you are actually enjoying it? And why am I even bickering about it in the first place? Shouldn’t I simply tell you how the movie was?

Here is the thing – in order for you to completely understand how the movie was, and to understand the rationale I am going to present you with. It is of paramount importance that you understand this triviality. Because once you do, to agree or not shall be up to you.

Not a traditional comedy

Where traditional punchline comedy bases itself onto a setup followed by a punchline, various other forms such as anecdotal comedy, improvisational comedy and physical comedy rely on a different delivery altogether.

Comedy and humour have been used for a long time to talk about serious complex issues. But, by way of making things funny, it disarms the viewer of any judgements about the issues being addressed. If and when you try to do that with Sonu ke Titu ki Sweety (that’s a very long name to repeat again and again), you would be contradicting that idea.

SKTKS (I’m not going to write it again and again), is a comedy movie that relies on absurdity and the intent behind absurd comedy is seldom to put a message across. What it essentially exists for is to simply let out steam.

What makes SKTKS an absurd comedy?

If you are wondering what do I mean when I say absurd comedy, picture yourself sharing drinks with your friends on a happy night. Couple of drinks down, you get happy high and you start narrating events to each other. Stories, instances, memories and what not.

The stories you tell each other will change depending on how drunk you are. On a scale of ‘gaadi toh main hi chalaunga’ to ‘I love my ex and must call them immediately’. When you are drunk enough to start dancing without music, you tell each other stories that are highly exaggerated. You abuse people around you and rant randomly. If you can possibly imagine this, then maybe you can imagine the state of mind of Luv Ranjan, the writer-director of SKTKS. 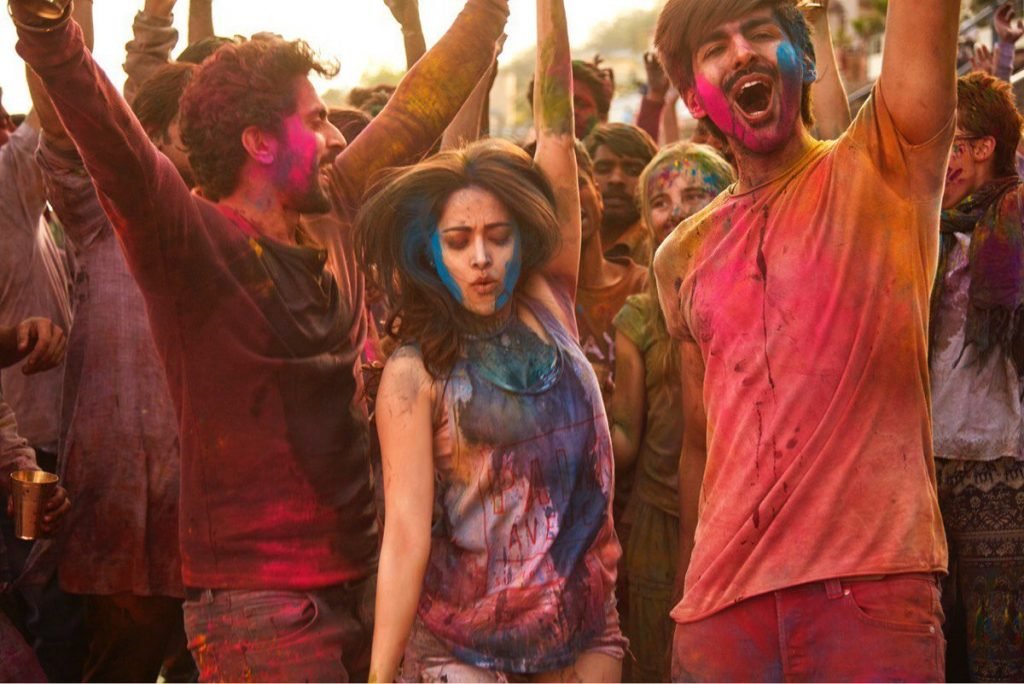 Luv Ranjan’s movies are exactly that. A group of drunk friends narrating exaggerated accounts of their personal life with over the top rants and extreme antagonisation of their love interests.

Having made movies like Pyaar ka Punchnama and its sequel, Luv Ranjan has been called out by many as misogynistic for the treatment of women in his films. Although I do agree that he antagonises women more than he should, I do not believe that he is misogynistic.

How many times do you use the phrase ‘I’m going to kill you’ for a friend or a best friend or a sibling or your boyfriend? Doesn’t really make you a serial killer, right? (Unless of course you really do threaten their lives in which case you do need psychiatric help).

His movies do not provide us with a message for life hidden in the comedy. It rather provides us an absurd view of what life seems like from the eyes of your drunk friends. And I believe everybody knows not to take offense from a drunk guy who’s yapping away.

In this way, SKTKS is a quintessential Luv Ranjan movie. The comedy is absurd and has his fingerprints are all over the movie. Although I can speak loads on the lack of any cinematic grammar but then it’ll be pointless. Luv Ranjan has his own signature style.

Use of catchy song titles and dance numbers that are glamorously shot on beautiful locations and even more beautiful female dancers. The movie has numerous rants by the lead actor. Ranjan’s all-time collaborator Kartik Aaryan who and his other muse Nusrat Bharucha looking mesmerizingly beautiful at all times. 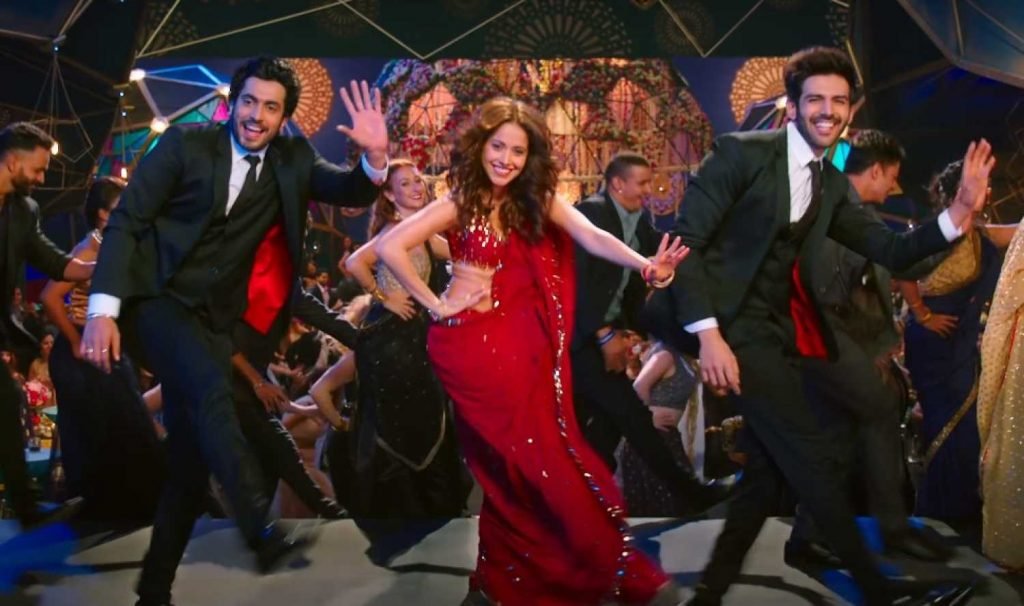 And as a typical Luv Ranjan movie would be, the story is the weakest link. Sonu (played by Kartik) and Titu (played by Sunny Singh) are best friends since nursery (as they keep referring in the movie). Titu is an innocent nice guy who falls for seemingly, controlling and abusive girls. That is how Luv Ranjan portrays every girl for that matter and Sonu becomes his saviour.

After going through a breakup (orchestrated by none other Sonu), Titu decides to settle down by having an arranged marriage. Enter Sweety (played by Nusrat) who as Sonu calls her, is too good to be true. Now the reason why I say the story is the weakest link is because we are never presented with the reason as to why Sweety is evil.

She is simply labelled evil and the whole movie revolves around this plot point. From here on, the narrative structure follows a straight route. Sonu and Sweety battle it out scene by scene, trying to woo Titu. Where Sonu wants Titu to understand that Sweety is ‘chalu’, Sweety wants to control Titu into doing everything she wants. It never comes out to be anything bad really but still, she is painted black and Sonu is painted white.

Blah blah blah, was it any good?

Well, to be honest with you, I laughed through the entire movie. The quirky dialogues and the brilliant ensemble cast glued me to the screen at all times. The only time I wasn’t paying attention was when the song sequences came on. Other than that, the movie was really fun.

Even the drama bits made me laugh out loud just because of their sheer absurdity. Every dialogue about relationships or about women was like idiotic remarks. The kind, people make mostly when they are drunk or when they are ranting for no good reason.

Sonu ke Titu ki Sweety is a fun movie that should not be taken seriously but one that should be enjoyed for its absurd comedy and a complete lack of social commentary.

If you are easily offended by a drunk chap, then keeping clear of this one would probably be a good idea.