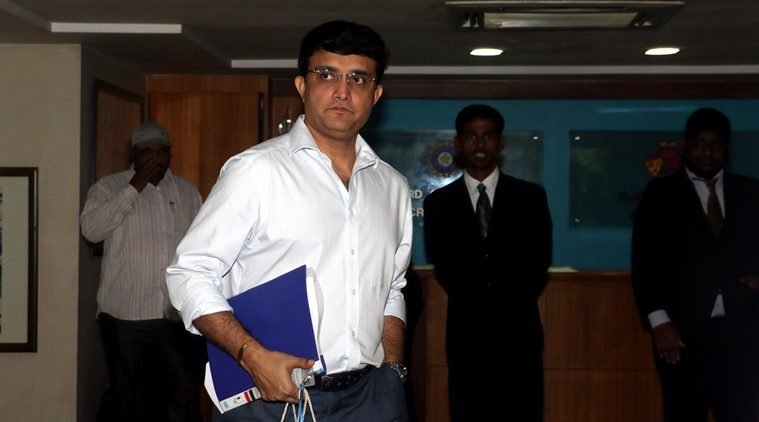 The BCCI may be one of the richest bodies functioning. However, the recent incidents have led to spiral downfall of their image. However, a lot of functioning irregularities, administrative problems, etc have been taking place for a considerable period now. The recent #MeToo allegations against CEO Rahul Johri cast aspersions in the minds of the cricketing fraternity as a whole.

At this moment of crisis, former Indian skipper Sourav Ganguly chose to speak about the major problems surrounding the BCCI. Currently, the President of Cricket Association of Bengal, Ganguly wrote a letter to the top brass of the Indian board. He addresses his concerns over the current functioning. He brings out some serious incidents being downplayed by the current administration.

Dada leading from the front, this time in administrative affairs

Sourav Ganguly has been known to be an aggresor, whether it was in the field or for his vocal opinions with regards to Indian cricket. He does not mince any words in expressing his outlook of the current BCCI situation. With a sense of fret, Ganguly asserts, “I write to you all with the deep sense of fear as to where Indian cricket administration is going.”

Ganguly remarks how the harassment reports has made the BCCI look shoddy in the cricketing world. He is not quite pleased with the way, the issue is being handled with differences among the CoA committee. In his words, there is a sense of urgency for actions to rectify the mess that has been created. He also demands more clarity as to who is heading the current state of affairs for the BCCI.

“Having played the game for a long period of time, where our lives were ruled by winning and losing. The image of Indian cricket was of paramount importance to us. We wake up looking at how our cricket is faring even now. But with a deep sense of worry, I beg to state that the way things have gone in the last couple of years. The authority of Indian cricket to the world and the love and belief of millions of fans is on the way down.”

The 46 year old also speaks about the coach selection issue last year. He feels that the committee’s decisions did not receive respect. The fall out between Captain-Coach where Kumble had released a statement saying that the partnership with Virat Kohli became untenable. Also, the manner of election of Ravi Shastri as the coach last year due to Kohli’s backing. Ganguly termed his experience during the coach selection as ‘appalling’ and ‘the less said the better’.

From a larger perspective

The fact that Ganguly has decided to lead the way in calling out the BCCI for its mismanagement is quite laudable. It has certainly increased the pressure on the current administration to make a decision. The accusations leveled against Rahul Johri are absolutely serious. It has the audacity to tarnish the reputation of not only the BCCI but Indian cricket as well in general. We are yet to see if the other former cricketers join the chorus and instill more pressure.

Talking about the other state of affairs, there were certain questions raised over the coach issue. Many felt that BCCI mishandled the situation created between Virat Kohli and Anil Kumble. Maybe, it could have been taken care of in a better manner. The same goes for Shastri’s appointment. With Ganguly’s recent statements, it is time the board stresses upon keeping their dignity intact. Better late than never.