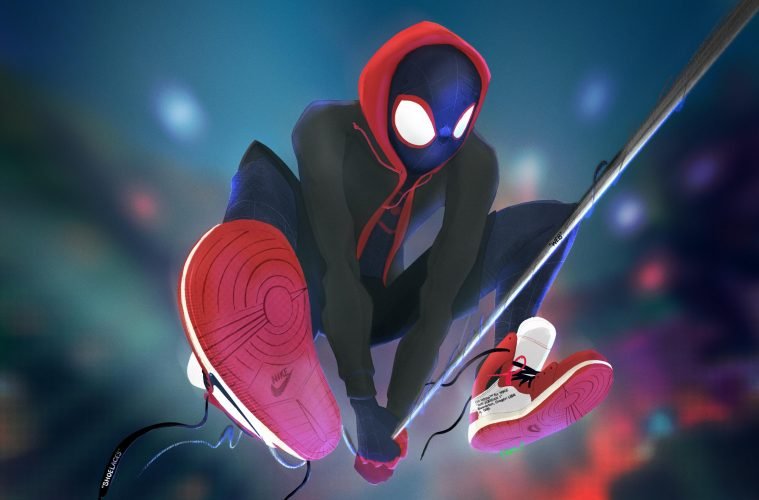 Spider-Man: Into the Spider-Verse Review

To say that this is a time of superhero movie overdose would be far from amiss. While comic fans rejoice at their characters being given new life on the big screen, it is not an insignificant number that wonder whether we have reached the threshold beyond which there truly is too much. Miller and Lord, the producers of Spider-Man: Into the Spider-Verse, thus had an immensely large and cumbersome burden thrust upon them. Not only is Spider-Man extremely well known, his origin story and stories after that have been done, rebooted, done again and rebooted again. The only way this film would have worked if it had its own identity and more than nostalgia as a reason to exist.

And it delivers. Firing on all cylinders, Spider-Man: Into the Spider-Verse is a treat to watch and might just be one of the greatest superhero movies ever made. It uses a coming of age story and combines it with one of the most comic-book like stories of all time i.e. King Pin is opening a rift in the space time continuum to access other dimensions and that rift is causing dimensions to crash into each other. As a result, Spider-People from different dimensions team up to battle this threat. Mixed up in this is Miles Morales, a teenager who gets bitten by a radioactive spider and finds himself drawn into this battle.

There is no question that this is Miles’ story. He is the quintessential teenager who does not know who he is and is struggling to find his place in the world. He has a troubled relationship with his father, looks up to his uncle who is leading a questionable life, to say the least; and is unsure, unstable, but a good kid with a clear sense of right and wrong.

More Than An Animated Movie

So fully realized is his character that I forgot I was watching an animated movie. A lot of the credit for that feeling lies with Shameik Moore, the voice behind Miles. He gives personality and more than that, life to Miles. His delivery is expressive and real, and I confess to having my eyes well up in more than one scene.

Miles journey to become a superhero is so superbly done that it rivals Sam Raimi’s game changing take on Peter Parker in the Tobey Maguire films. Throughout the film he struggles with his own powers. This is a metaphor for his struggles with himself and the walls he builds around himself. This is where Peter B. Parker, an alternate universe Spider-Man voiced by Jake Johnson, adds more. 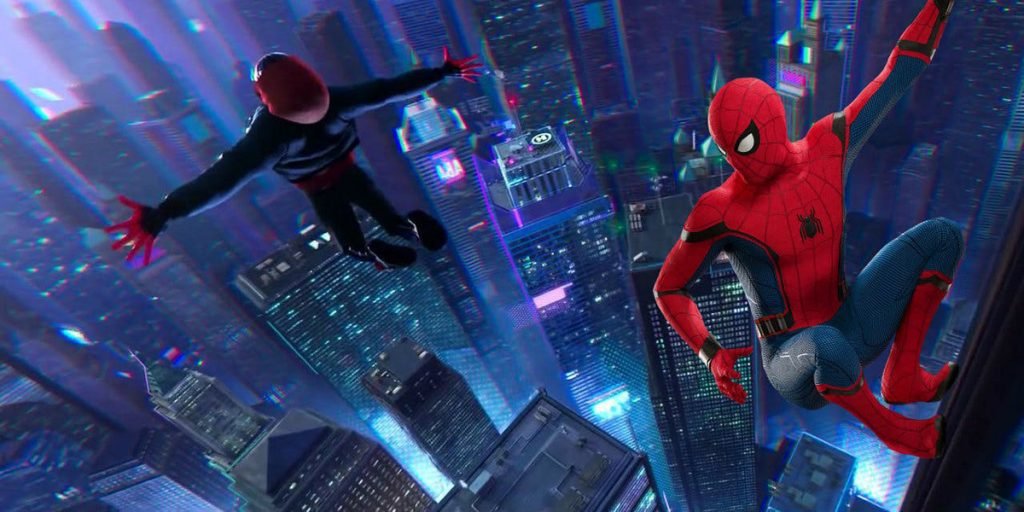 Actors Behind The Performances

Jake Johnson’s voice acting, like Moore’s, is spot on and together these two deliver a heart-warming teacher-student relationship, with each learning from the other. To say too much would be a spoiler but let us just say that the end of the journey for both these characters is cathartic. It is an emotional release unlike any other felt in a major blockbuster film. In the end both are better off, having taught each other something and learnt lessons for and of life.

The rest of the supporting cast is as good if not better. Hailee Steinfeld is the most compelling out of all the Spider-People. Her arc subtly complementing Miles’s own. Her character design is beautiful as well but more on that later. Liev Schreiber’s voice is almost unrecongnisable as that of the towering figure of Wilson Fisk. His delivery is suitably menacing. It made me wish that there was more of him in the film. On a side note, it was nice to see a different story for the villain than the usual “I want to take over the city” path that these villains usually take.

The stand-out among the supporting cast members would have to be; and I can not believe I am saying this; Nicholas Cage and John Mulaney. Playing Spider-Man Noir and Spider-Ham respectively, it was an absolute riot every time the two of these characters took the center stage. Mulaney’s Peter Porker is basically a cartoon, relying on unbelievably sized hammers and anvils to win his battles. Not to mention his signature deadpan drawl which you must have heard in his comedy specials. Cage is, well, Cage.

It was totally hilarious watching Nicholas Cage do absolutely nothing but have fun with his few lines. These incidentally are some of the funniest in the film. If there is a sequel, I hope he returns. I wish Kimiko Glenn, playing Peni Parker, had more to do. Her character is sadly reduced to anime clichés and just one amazing action sequence. Also watch out for cameos from Stan Lee (obviously), Oscar Isaac, Zoe Kravitz, Kathryn Hahn, Lake Bell and Post Malone.

The clear winner, however, in the entire film is the absolutely bonkers and borderline psychedelic animation style that it adopts. Mixing elements of stop motion, 3-D, Japanese anime and comic book art, Into the Spider-Verse crafts its own niche in today’s Pixar-ridden world of film animation. There’s even the occasional “KAPOW!” when a punch is thrown and an “AAAAAAAAAAA!” when a character falls. It is so ridiculous and over the top that one can not help but enjoy it with oozing amounts of glee.

Nowhere is this clearer than in the action sequences, which take all of the above elements and magnify them a hundredfold, resulting in an explosion of colourful exuberance and fan-serving passion that will make every fibre of your being ache for web-slinging capabilities. The added aesthetic of hip-hop music as an integral part of Miles’s life lends even further to its unique nature.

In the end, Spider-Man: Into the Spider-Verse is a wonderful film. It uses compelling and emotional story-telling to take us through Miles’s coming of age as a superhero and complements that with a superb supporting cast, mind blowing animation and an ultimately superior movie experience that leaves you breathless and wanting more.

Personally, I have racked my brains for a full day trying to wring out any flaw from this work of art and I cannot because there are none. This is the super-hero film of the year and might just be one of the best ever made, even though that’s a matter of opinion. It needs to be watched, however, as a reminder that the super-hero genre can never become rote or standard and the only limit to innovation is imagination itself.

Also, rest in peace, Mr. Stan Lee. Thank you for our childhoods.