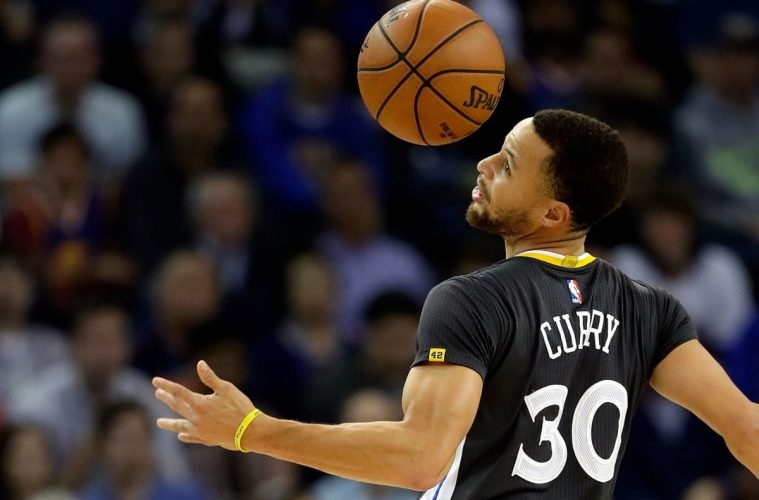 Stephen Curry: The Greatest Shooter Of All Time!

Fair Warning: LeBron James fans might want to sit this one out!

Steph Curry. He is Famous for his flamboyant style and for pulling out his best plays under pressure. With his impeccable shooting abilities, crazy control over the ball and freakishly good passing skills, he rose to the top of the NBA ladder in no time. Today, Stephen Curry has become a household star. The fact that he is not as big in size as most NBA players has made him a favourite amongst the younger crowd as a much more relatable role model.

He’s cheeky, he’s a hustler and he’s the best at what he does!

Steph Curry is the son of former NBA player Dell Curry. So the man was never really too far away from the game he was born to play. He played college basketball for the Davidson Wildcats. Since then, he showed all the makings of a star in his college years itself. He was the all-time scoring leader in Davidson College history with 2635 points, and became the NCAA division-I scoring leader in 2009. He was also the Southern Conference player of the year in 2008 and 2009.

Curry was picked as a rookie by the Golden State Warriors in the 2009 NBA draft’s seventh overall pick. He has been with them ever since, for they know there’s no one like Curry. The man claims the credit of singlehandedly transforming the way the game was approached with his unique style of shooting 3-pointers and his unmatchable range and accuracy.

And hence, The Warriors signed him for a life-altering and well deserved five-year maximum contract worth $ 201 Million. 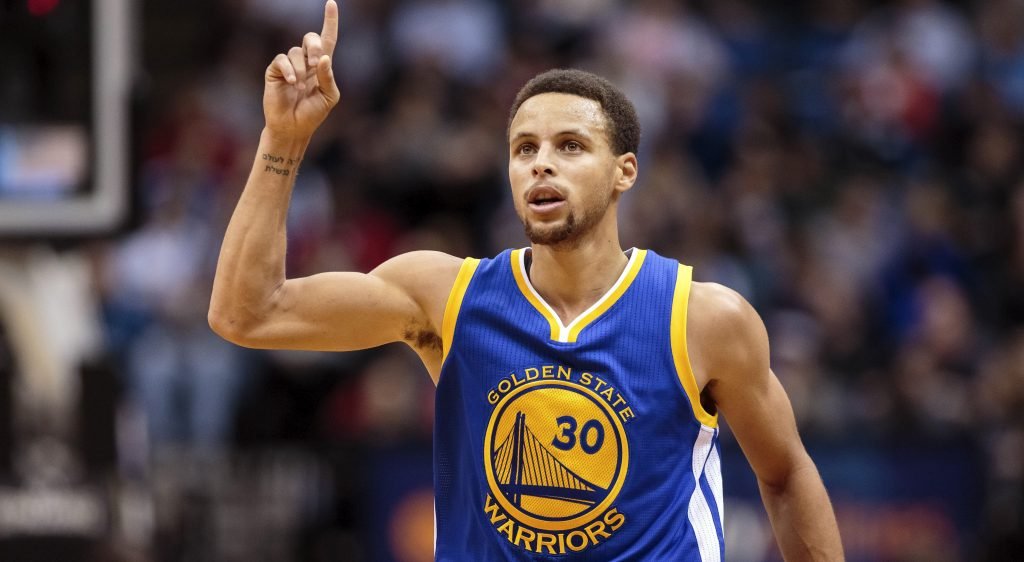 In his 8 years in the NBA, there is nothing the man hasn’t seen, hasn’t done or hasn’t won. He led the Golden State Warriors to three straight NBA finals. His claim to fame also includes two NBA championships in 2014-15 and 2016-17.

With two consecutive Most Valuable Player awards to his name, he is one of the eleven players in NBA history to have achieved that feat. He became the only player in NBA history to win an Most Valuable Player award unanimously when he won it along with the Championship in 2015. He is also a four time NBA all-star and that’s just the tip of the iceberg.

With the Warriors locking him with them for the next five years, they are slated to be one of the favourites for the next season. As for Curry, he will look forward to make the records tally grow with more awards and achievements.

“Curry is perhaps the figurehead in NBA’s three-point revolution”

You may love Stephen Curry or hate him. You may be team Curry, team LeBron or team Westbrook. But one thing is certain. There is no way you are not left dazed and amazed by the man and his ability to make threes from impossible angles, extreme ranges and with annoying ease. His long range shooting and three-pointer success has changed the game completely.

He became the only player to score more than 300 3 pointers in one season when he scored a mammoth 402 3s in 2015-16. Most 10 plus three pointer games, most three pointers made in a single game, most consecutive games with at least one three pointer – you name a record related to 3s and it’s likely he holds it.

He has already been termed as arguably the greatest shooter the NBA has ever seen and has the stats to support it. Teams fear him, defenders cannot control him and we CANNOT have enough of him!

Curry’s post-scoring celebrations are as famous as his skills, specially right after he pulls a rabbit out of his hat at a crucial juncture. Something he has turned into a habit over the years. From his groovy dance moves to his high kicks showing off his new shoes to his on-court squatting. His on-court squatting was quite controversial initially as his fans thought he was making a pooping gesture on the Cleveland Court. But well, that’s Curry for you. He really enjoys his game and doesn’t shy away from celebrating on a fairly regular basis.

He is just 29 and he is already the mega force that he is. Years to come are surely going to give us a lot more of Currymania. And it will be a treat to watch, if not anything else. Who knows, by the time he reaches his peak, he might have moved from one of the greatest to THE greatest player in the NBA.