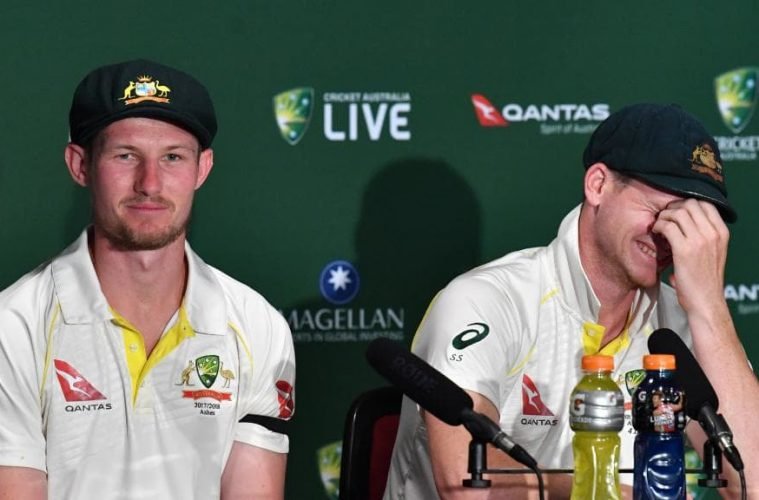 Steve Smith And Cameron Bancroft Admit Of Tampering The Ball, Leave The Board Embarrassed

So Australia finds itself on the wrong side of the proverbial line of ethics. Australian batsman Cameron Bancroft, playing just his 7th test, was seen tampering with the ball in the ongoing Test with South Africa in Cape Town. The matter came to light when on-field cameras caught Bancroft rubbing the rough side of the ball with what appears to be a sandpaper/adhesive tape. The incident was shown on the big screen in the stadium.

Soon after the on-field umpires had a chat with him but surprisingly chose neither to change the cricket ball nor penalize Australia for the attempt (a penalty of 5 runs for changing the condition of the ball).

Cameron Bancroft and his skipper Steven Smith admitted to having knowledge of the tampering. He addressed the media admitting that in fact, this was a well-thought-out plan to gain undue advantage in the game. The team’s leadership knew about it and had actually spoken about it during lunch.

Following the incident, Australian Sports Commission (ASC) called for Steven Smith’s head. Today, Steven Smith stepped down from his role as the skipper after vehemently denying to step down. David Warner also stepped down as the vice-captain. As a result, the Australian wicketkeeper, Tim Paine will lead the Australian side for the remainder of the Cape Town test.

Things don’t look too good for Smith’s IPL stint as well as Rajasthan Royals have also decided to remove Smith from captaincy in the IPL slated to begin next month.

Using spit, sweat and polishing the ball falls under the broad definition of ‘altering the condition of the ball’. However, they are well within the confines of the ICC code of conduct. Any other form is illegal according to Law 41, subsection 3 of MCC’s Laws of Cricket. 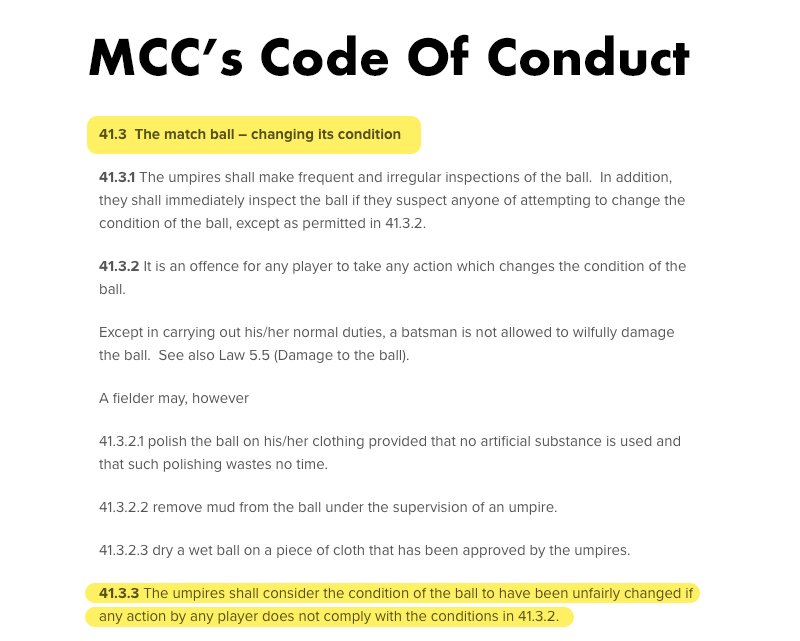 Law 41 deals with Unfair Play. You can read about them here.

Illegal methods of ball tampering include using the boot spikes, picking the seam of the ball or as demonstrated in the Bancroft-Smith Sandpaper Scandal, using a foreign object to roughen/polish the ball.

Some Instances Where the Spirit of the Game has been Tainted

The cricket ball is one of the most significant elements of the game. It holds utmost power and respect and is protected with ferocity by the on-field umpires, who keep checking the ball to make sure its sanctity is intact. One of the most straightforward approaches to gain an advantage, it seems, would be to attack the ball in some way or the other.

Players like Sehwag have been known to whack the ball out of the park if it starts swinging too much. Others employ illegal methods to tamper with the ball.

Teams have been known to apply varying tactics to gain the upper hand on the field. Aggression, a potent weapon is used to dismantle the concentration of the batsmen in the form of sledging. The Aussies are notorious in this aspect of the game. Others try to influence the decision of the umpires. Example, showing the bat in the event of a dubious bat-pad LBW scenario.

Instances of match-fixing (or spot-fixing), the lowest form of treachery in the game, have also been known to occur. 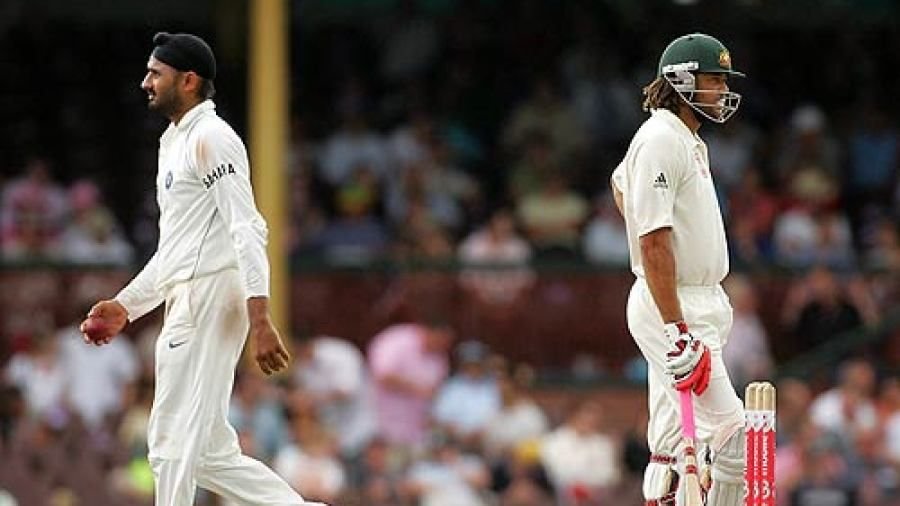 One of the most controversial cricket series in recent memory, the Border – Gavaskar Trophy was marred with dubious umpiring calls, overly aggressive Aussie side and the MonkeyGate Scandal.

Steve Bucknor apparently did not see the huge edge that the TV replays showed and he adamantly gave a lease of to Andrew Symonds. Symonds, one of the non-walkers, refused to budge, waiting for the umpires call. Bucknor was at it again when he adjudged Rahul Dravid caught behind when the ball went past the bat a few miles away. The other incident was when Mark Bensen consulted Ricky Ponting for an opinion on the validity of a catch instead of the square leg umpire or the third umpire.

Harbhajan Singh was handed a 3 match ban for alleged racial sledging after an altercation with Symonds. A quick search reveals that a total of 24 international cricketers have been handed bans of varying severity for their roles in match-fixing and spot-fixing. The Indian subcontinent leads the notorious chart with 7 cricketers from Pakistan, 5 from India, 2 from Bangladesh and 1 from Sri Lanka.

Pakistan cricket faced its biggest test when three Pakistani players Salman Butt, Mohammad Asif and Mohammad Amir came under the scanner. They were convicted of taking bribes from a bookmaker to deliberately underperform in a Test match.
All three players were banned by the ICC for a varying period. Mohammad Amir, 19 at the time of the ban, has made his return to cricket. The cricket fraternity is skeptical about his return with his acceptance into cricket receiving mixed response.

3. Match-fixing (Hansie Cronje and South African Cricket) and Other Instances 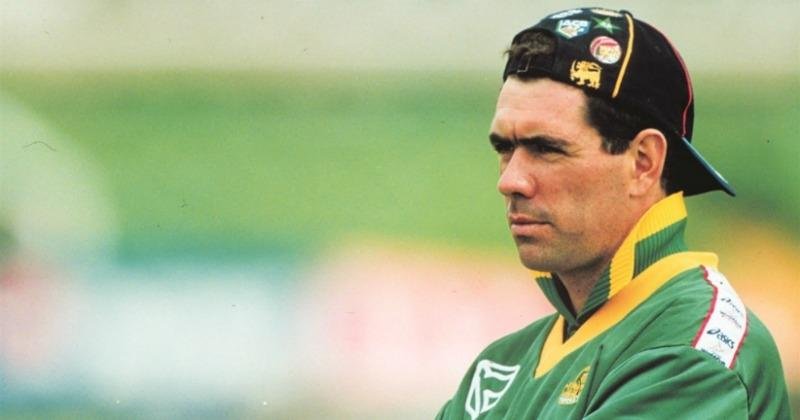 In 2000, the then South African skipper was charged with accepting money to fix one-day matches against India. Although he denied the allegations in public, he was sacked from captaincy after he confessed to the South African board. Cronje was banned for life and he died in a plane crash in 2002.

Indian skipper Mohammad Azharuddin also fell from grace after he was banned for life for his part in the match-fixing scandals in 2000. Hansie Cronje indicated that Azhar was the one who introduced him to bookies. Others included Ajay Jadeja who served a 5-year ban.

Former Indian speedster, Sreesanth also faced a life ban after his involvement in fixing came to light in 2013. Some other big names tainted by their ill-intentions include Manoj Prabhakar, Marlon Samuels, Danish Kaneria, Mohammad Ashraful, Lou Vincent among others. Chasing a modest 170 to win, India were well on their way to an easy win. Sehwag was on his fiery best as he reached 99 with just 1 run needed to win. Sehwag hit a six and proceeded to celebrate in jubilation. But he could not complete his 13th ODI century as Randiv bowled a deliberate no-ball to deny him the glory.

Following this, Randiv was banned for a match for his unsportsmanlike conduct and Dilshan, his skipper was fined 50% of his match fees.

The Spirit of Game is one of the most important values of the game. So much so that teams are awarded for their conduct in all major tournaments. There is no law to enforce ethics, it is mostly understood.

So the Gentlemen’s game has faced a few events to test the faith of the game at regular intervals. But cricket always wins, though.