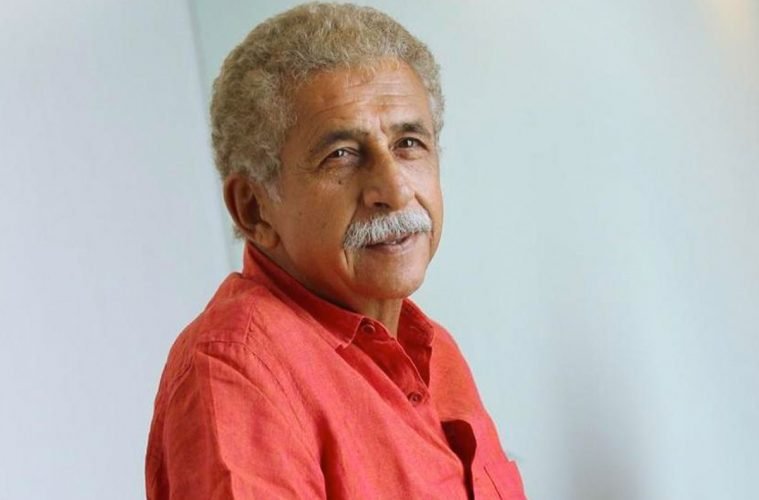 Straightforwardly 68 – Naseeruddin Shah, the Man Who Wears His Heart On His Sleeve

I must have been 11 when I missed an opportunity to meet Naseeruddin Shah. He and his wife Ratna Pathak were in town to attend a cultural event at an open Konkani theatre in Mangalore. I ran up to the stage after the event to say hello to Ratna ji because I was a fan after I began watching Sarabhai vs Sarabhai. The show had just started airing then. Naseer Saab as he is popularly known, was talking to some other people, a few feet away from us on the stage.

I wanted to meet him too, but he was enwreathed by quite a few people and I was too short to be made way for. But I did not regret the missed opportunity then. I was too young to know what I had missed. Those were the days when I only admired actors who were bling in terms of popularity. Naseeruddin Shah was not famous as compared to the bigger stars of that time, in the eyes of an eleven year old.

Even today, we have a lot of actors who are not considered A-listers, simply because they do not grab every assignment that comes their way. They choose scripts on the basis of their abilities to fit into the role, rather than just picking up anything that can make big money. Naseer Saab is one of them.

On one hand we have Irrfan Khan, Nawazuddin Siddiqui, Manoj Bajpayee, Ashutosh Rana, Pankaj Tripathi, Nandita Das, Boman Irani and Nana Patekar. While on the other, we have actors who are brands in the Indian film industry. I need not make a mention of them because we already know the names. I am not advocating the fact that these popular celebrities do not know how to act. Ofcourse they have accumulated fame for a reason.

But the less popular stars, who I have mentioned are finer and undoubtedly deserve more notability. In a way it is good that we do not create hype about them because sometimes being too popular also means that they are taken for granted, their performance ignored.

Most 1st generation actors have a tough start in their career. So did Naseeruddin Shah. His father wanted him to have a stable career and concentrate on academics. But theatre and literature fascinated Shah more than mainstream academics. An alumni of the Film and Television Institute of India (FTII), Pune and the National School of Drama (NSD), Delhi; he received much of his inspiration from his mentor Ebrahim Alkazi who instilled discipline in him. He believes that for an actor, even one person is enough to form an audience and that all you need is to fit in to the story and understand the character’s psychology. This is probably why Shah’s choice of movies has always been atypical.

He did confess to wanting to sing, dance, fight the goons and be the stealer of the show by being its hero in many interviews. But he just could not seem to do it right. Do we need him to be doing all of that? I say ‘No’. I think he has given us gems like Sarfarosh, Monsoon Wedding, A Wednesday, Ishqiya and The Dirty Picture; without having to be the centerpiece but still claiming praise.

His journey in conventional cinema began all the way back in the 1970s, when Girish Karnad introduced him to Shyam Benegal. Soon he made his Bollywood debut in Nishant, a 1975 film on male domination and the status of women in the society. Movie offers did not follow; rather it was an uneven road ahead. Most of his assignments came in with the expectation that he work for free, often because no other actor was willing to do so. But Benegal, he maintains was fair to him at all times.

In 1979 his love for theatre drove him to start a theatre group called Motley along with his fellow mate from FTII – Benjamin Gilani. Tom Alter and Ratna Pathak were also co-founders. Their first play Waiting For Godot ran for three years at the Prithvi Theatre. Shah has been more closely associated with stage plays than with cinema since then. He works hard even to this day to keep up the charm of theatre because he believes in going beyond thinking of big budgets and far away from glamour on TV that hardly tell any stories.

Shah has always been a man of open opinions, whether it is about the skill of actors or about movies that made it big. This has earned him myriad criticizers. Sholay for instance, was a movie he seemed to think wasn’t worth all the puff, other than the performance of Amjad Khan as Gabbar in it. In 2016 he shocked fans and others when he said in an interview with the Hindustan Times, that Rajesh Khanna was a poor actor. The comment followed a swift response over Twitter from the deceased actor’s daughter Twinkle Khanna, who was polite and said that mediocrity was attacking a man who couldn’t respond. Known for speaking his mind out without holding emotions back, Naseeruddin Shah has invited many controversies, but has also drawn real admirers.

This brilliant actor who has always attempted to keep things real and tried to make very few mistakes throughout his existence in cinema turns 68 today. Here’s hoping that the young grey haired artist has a great birthday!

As a bonus to this story, here are five Naseeruddin Shah movies that you must watch apart from the ones I’ve already made a mention of in this article. Each of these has a great storyline and an equally intriguing performance from the man himself. 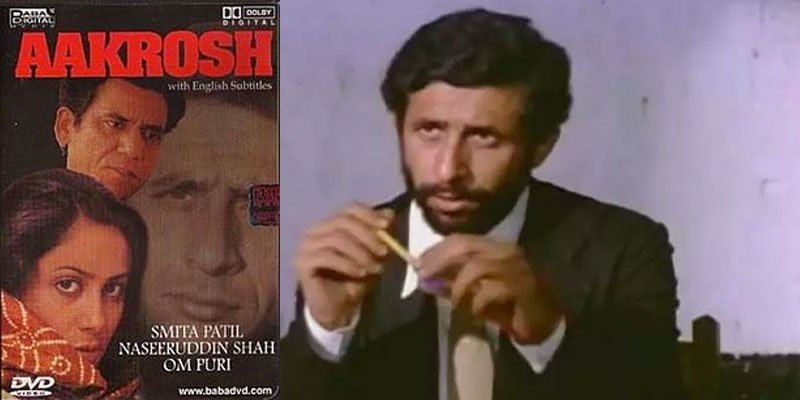 This story has Naseeruddin Shah, Smita Patil, Om Puri and Amrish Puri and revolves around the oppression of an underprivileged peasant. His wife commits suicide out of shame from being raped by the landowner’s foreman. Subsequently the foreman also eyes the poor man’s minor sister, who is killed by the helpless peasant so that she can be protected from unfortunate future events and chagrin. 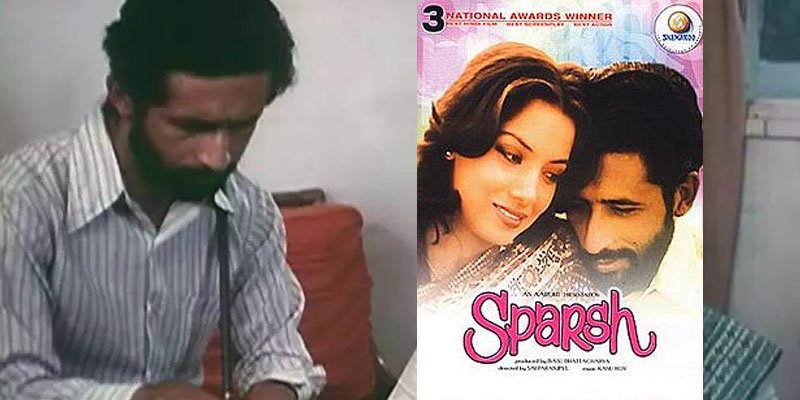 This classic stars Naseeruddin Shah, Shabana Azmi and Om Puri in lead roles. A blind man who is the principal of a school for the blind believes that the blind don’t deserve people’s pity. He eventually grows a fondness for a widowed woman who soon becomes an employee of the school. The man begins to think that his lady love agrees to his proposal because she sympathizes with him. Following this, the relationship takes a turn. 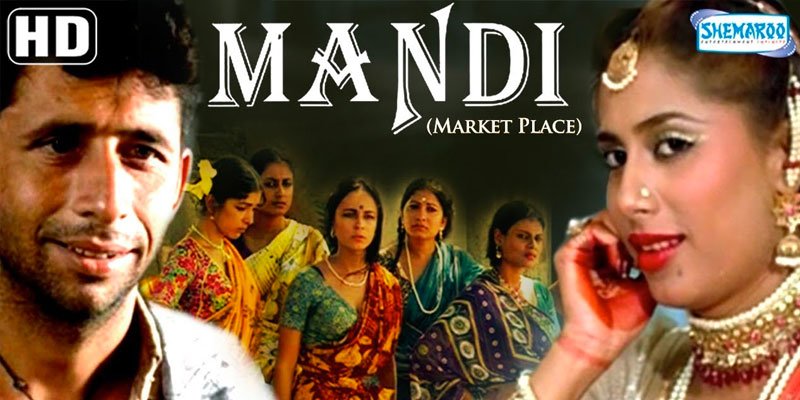 This movie casts Shabana Azmi, Smita Patil, Naseeruddin Shah, Soni Razdan, Ratna Pathak and Kulbhushan Kharbanda. The movie is based on politics and prostitution. A flourishing brothel within a town is asked to be relocated by the authorities to avoid the locality from being corrupted. The turn of events after the relocation is what constitutes this beautiful story. 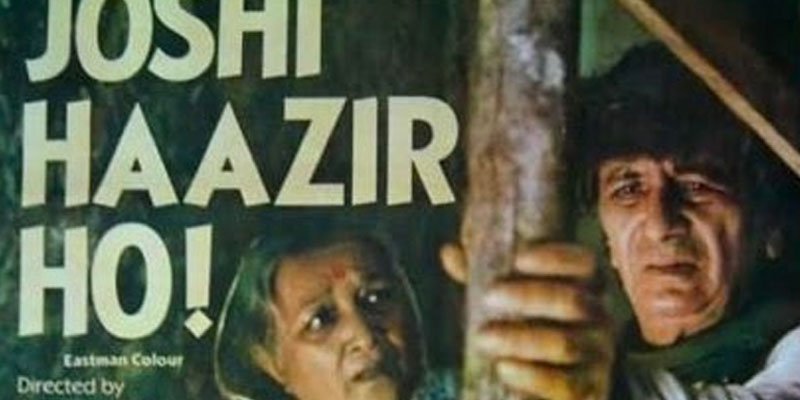 This film stars Naseeruddin Shah, Satish Shah, Amjad Khan, Dina Pathak and Bisham Sahni. It is a satire on the Indian Judicial System where cases are dragged for years. This results in either the plaintiff’s death or justice that is never served. 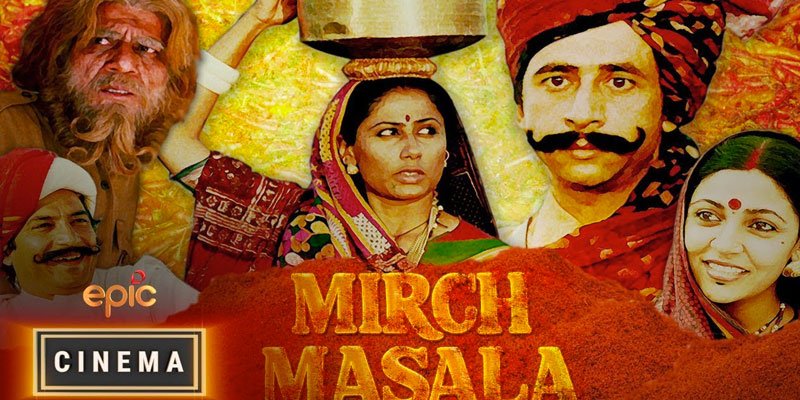 Having Smita Patil, Naseeruddin Shah, Om Puri and Suresh Oberoi in lead roles; this film hops around a tax collector of the 1940s who establishes authority over a colonial village. His attraction towards a confident woman villager drives him to possess her, while she stays firm not to give in. The name of the movie comes from the woman taking refuge in a spice factory to protect herself from the arrogant tax collector who is determined to seize her.