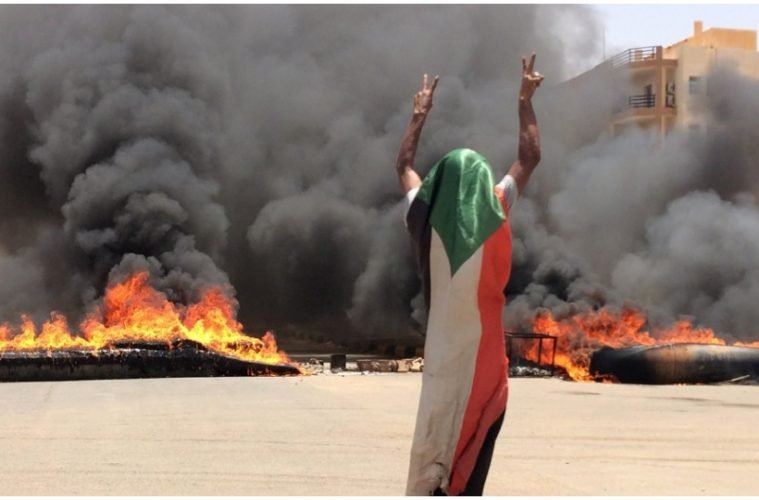 Sudan Massacre: How Khartoum in Sudan Became The Tiananmen Square Of China

Remember the video of the iconic Sudanese woman chanting with protesters from the top of a car? That was Alaa Salah back in April in the capital city of Sudan, Khartoum. 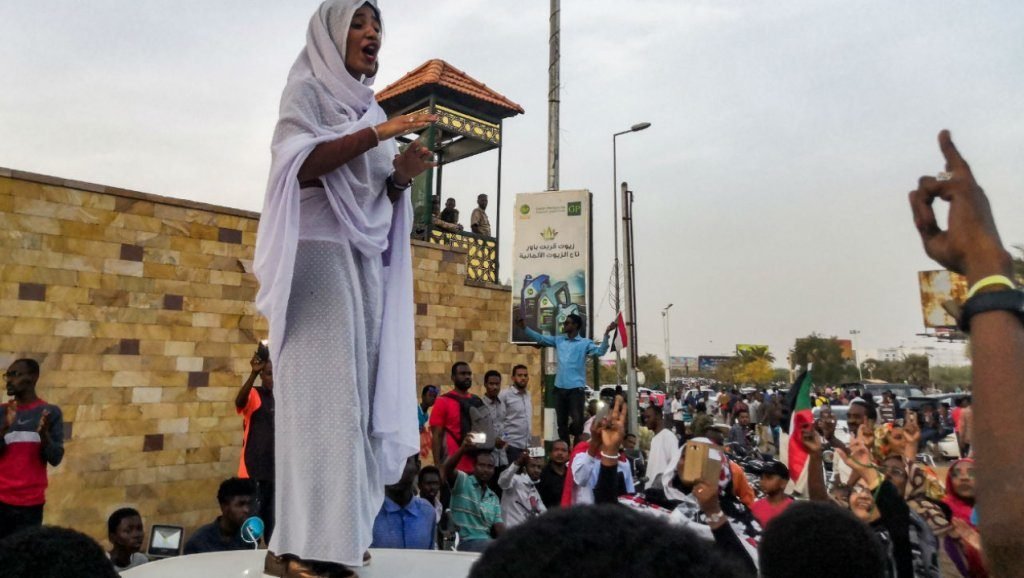 It was this resilient sit-in protest that finally led to the ousting of Omar Al-Bashir in April. Omar was notoriously well known and was convicted in 2010 by the International Criminal Court for leading a genocide in Darfur. He was known for killing of hundreds of thousands in the same genocide to crush dissent. More recently though, the worries have changed but tensions have only escalated in the state. Lets take a look at how it ended up so bad for the country.

What lead to the protests?

An economic crisis hit Sudanese banks in December last year. This lead to the Government being forced to triple the prices of bread. Soon, the streets were filled with protestors opposing the move. The protest finally became a movement for democracy and called for the resignation of the military dictator. The protestors did a sit-in outside of the military headquarters and eventually convinced the top Generals to execute a coup. Power was snatched from the hands of the authoritarian dictator and Transitional Military Council took control in April this year. The motive was to oversee the shift from monarch to civilian democracy. But talks between Transitional Military Council and the Forces for Freedom and Change soon hit a dead-end.

The Fateful day of June the third

The protestors were still out on the street demanding their political right, months after the fall of Omar Al-Bashir. And on Monday, at dawn, the last day of the holy month of Ramadan, a massacre was unleashed onto the protestors. The Rapid Support Forces (RSF), a militia made up of former Janjaweeds known for their atrocities, wrecked havoc on the peaceful protestors. Scores of men, women, children alike were fired upon with machine guns by the RSF riding on pick-up trucks. Many were killed and their bodies disposed off in the Nile river. 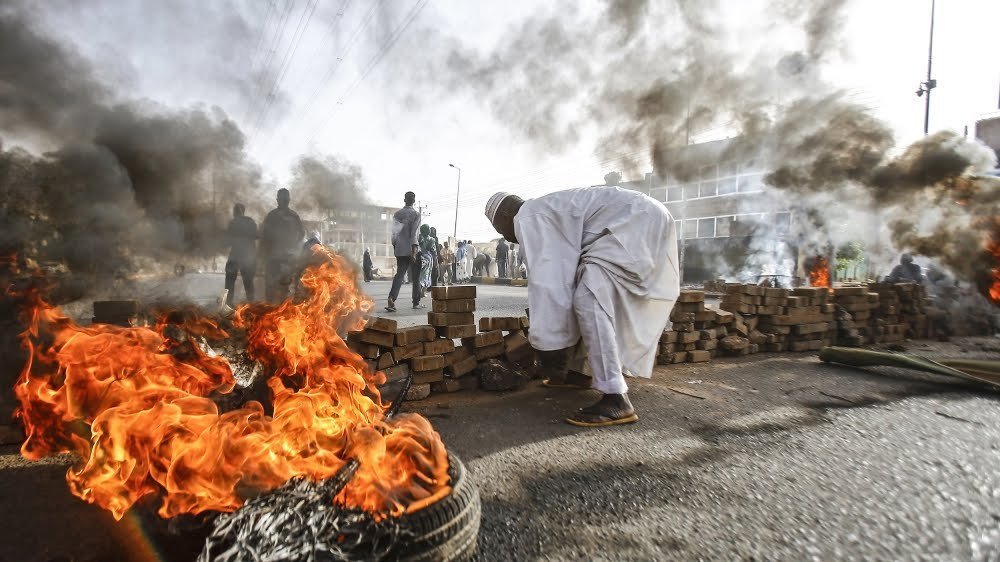 The death toll is estimated to be about 500. Although, only about 112 were confirmed by the doctors. This does not include about 42 “swollen” bodies that have been found so far from the Nile River. Rape of about 42 women and 6 men was also reported according to the doctors in Khartoum. Although the toll might be expectedly higher. Tents were set on fire. And anyone in sight of the RSF was thrashed or killed. After the incident, the Government has tightened its grip; and even shut down internet citing “National security”.

Where does the power truly reside now?

Lt. Gen. Abdel Fattah Abdelrahman Burhan is the head of the Transitional Military council. But his deputy, Lt. Gen. Mohamed Hamdan Dagalo is the real Power broker according to many. He’s widely known as Hemedti and is the commander of RSF. Dagalo is quite evidently backed, even financially, by Regional powers of Saudi Arabia, Egypt and UAE. He’s set to be the uncontested potential next military dictator of Sudan. It is interesting to note that Hemedti had met Saudi crown prince, President of Egypt and the prince of UAE who had all pledged support to him before the attack of 3rd June. Hemedti is known for sending his troops to Yemen to fight for the Saudi led collation. And its in the interest of Saudi and UAE to not let a democracy flourish at its doorsteps. 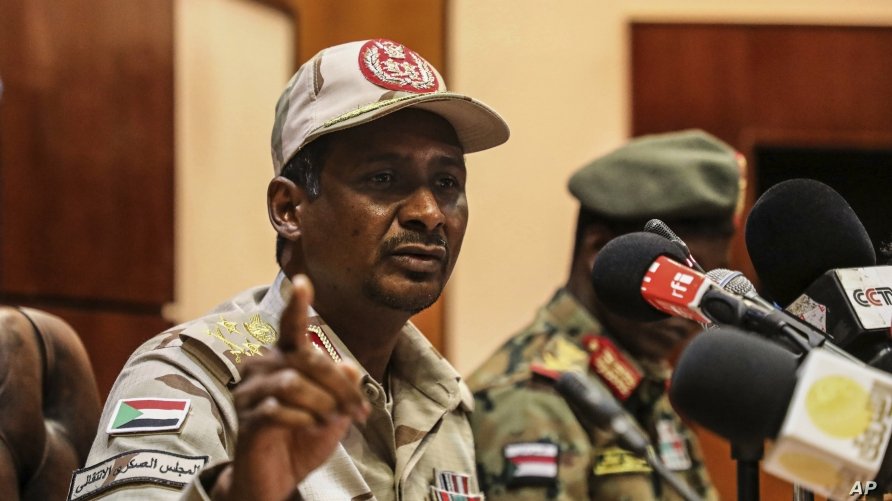 Is there a better way forward?

After the RSF regained control of the streets forcefully, the protestors in Khartoum had to retreat. Though the spirits of the revolution remains undampened. The Prime Minister of Ethiopia, Abiy Ahmad on Wednesday reached Khartoum to negotiate a compromise between the protestors and the military. Any break through between the parties is unlikely. The path to democracy may seem long and arduous for the Sudanese; but the hunger for political right dies hard. The fact of the matter remains that the military is capable of enforcing its will on the people, even if they are defiant.

Among the killed protestors by RSF was Mohammed Hashim Mattar. A 26 year old whose social media profile had blue display. People on social media were quick to pick up on his action. As a gesture of solidarity, many changed their profile pictures to blue and used the hash tag #blueforsudan. There is a general criticism though on the internet of the lack of coverage by international media. A social media post was seen doing rounds saying give Sudan the same energy you all gave that empty building in Paris. Others couldn’t help but call out the racism behind the discriminatory coverage of the incident.

Offline, most African countries have condemned the massacre and called for the shift to civilian government. The African union of 55 countries voted to suspend Sudan on grounds of illegitimate hold of power by the military.

Saudi Arabia restrained from condemnations quite obviously. Though its ally, The United States did condemn the “brutal” attack of June 3rd. the EU and the UK also “condemned” in strong words.

The United Nations could not impose sanctions on Sudan because of opposition from China and Russia. It did remove its non-essential staff from the country though. The near future of Sudan looks dark, bleak and full of violence. At this moment, the least it deserves is some attention and help from other countries and media. Will it help the Sudanese? Maybe. Maybe not. But least we can do is try. And hope that things improve for these people.