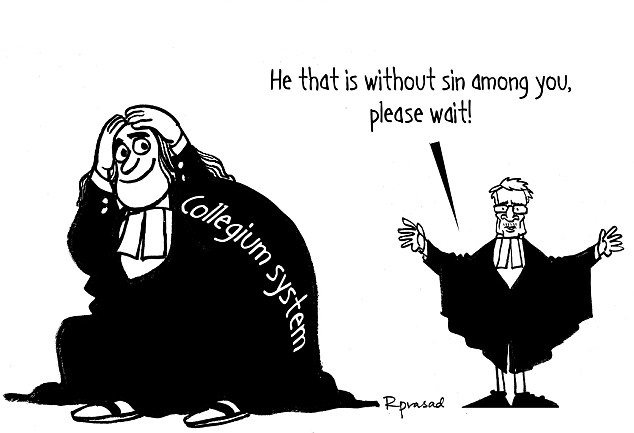 Supreme Court Judges Vs Chief Justice Of India: A Saga Of Hurt Egos And Lost Superiority

When four Supreme Court judges hold a conference against the chief justice of India, saying that the situation is grave sounds like quite the understatement. How did we come this far on this majorly screwed up journey? Let us go back to the basics.

Let us try to go to the root of the problem. Politics in the higher judiciary is like bribe at a government office. People will deny its existence, and yet, everyone from president to peon, is aware of it. When the Supreme Court decided to call the National Judicial Appointments Commission (NJAC) system unconstitutional, it had a very strong reason to do so.

What the Constitution says

Lets go back a little bit. When our constitution was drafted in the mid 90s, it was drafted keeping in mind the democratic structure of the Country. 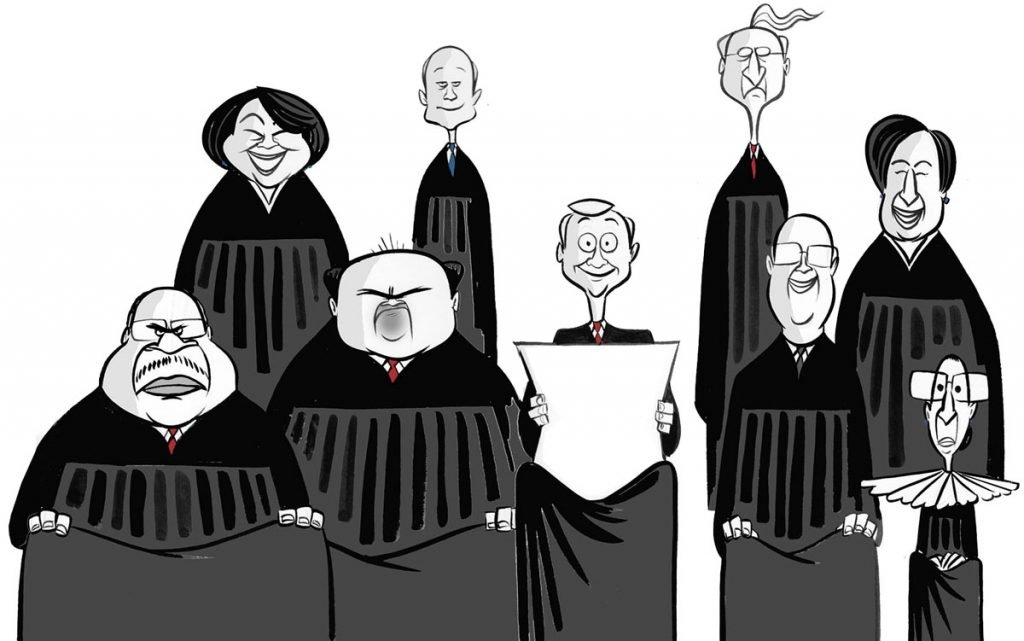 Hence, Article 13 of the Constitution, which provided clearly that any laws that were not in consonance with the Fundamental Rights of the people would be held null and void. Supremacy of Judiciary was also one of the basic structure of Constitution. If you are not from a legal background then this entire thing must be sounding too hotchpotch to you. Let me explain and simplify each point here.

First and foremost – what are NJAC and Collegium Systems:

Now, so far as the lower court judges’ appointment is concerned, it is quite sorted. But when it comes to the appointments of high courts and the Supreme court, the complications start.  The Constitution per se , never had any provisions regarding the appointment of judges. A proper system called Collegium System for appointment of judges came into existence after the collective judgments of three different cases known as “The Three Judges Case”.  Simply put, the basic structure of Collegium System constitutes a committee of five Judges for appointing a Supreme Court judge – Chief Justice of India and Four senior most judges of Supreme court, while a committee of three judges decide the appointment of High Court judges. 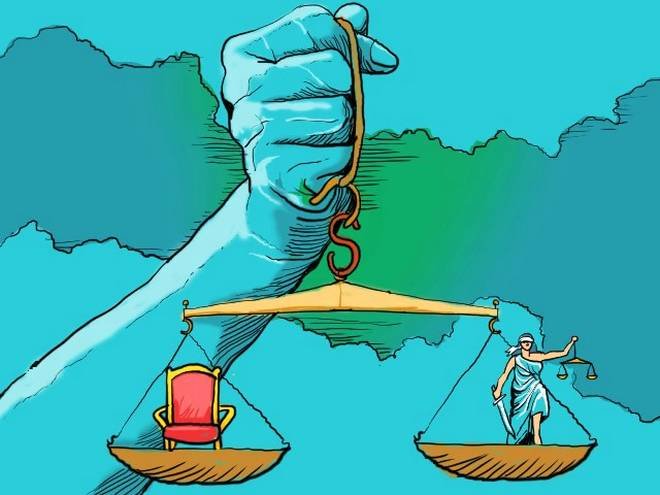 The Constitutional provision of Supremacy

The interesting thing to notice is that nowhere constitution said that it would be unconstitutional to give the powers of appointment of judges to an external authority. The only constitutional provision regarding any judiciary provision was its supremacy. That was made a part of Constitution so that the final authority to give judgments for cases should remain with the courts. It cannot be disputed that we borrowed many parts of our legal systems from Britain- may it then be the Parliamentary form of government or the many conventions followed by us in our courts.

And so, the convention that the chief justice would be the master of the roster in the court, became a convention that was followed strictly. In a nutshell, the chief justice of a court- may it be the high court of a state of the apex court of the country- would be the person who would decide which cases would go to which judge in the court. The Supreme Court became the final and binding authority and nobody could challenge its order- it did not give judgments; it laid down the law.

Thus, the question of any new system coming into place for any internal decisions of judiciary doesn’t make that measure unconstitutional in any manner whatsoever. Further, this system of appointment of judges became more of an internal understanding without any intervention by any outside authority. 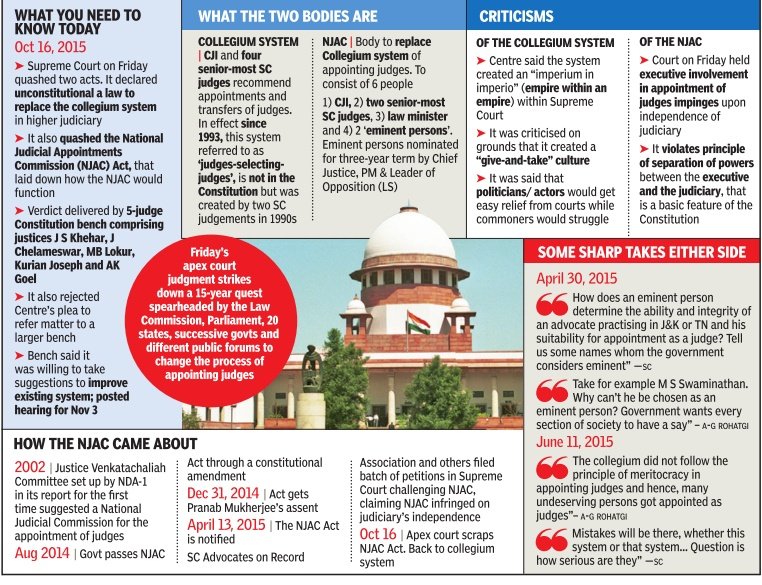 Central Government and the Collegium System

Exactly how the Central Government felt too about the Collegium System. They said that the Collegium system has created an imperium in imperio (empire within an empire) within the Supreme Court. The NJAC act came into existence in April 2015. The basic function of the act was to regularise the appointment of judges through a balanced system where by Judges and Civil society people alike will constitute a committee and decide the appointment of judges. This committee shall constitute Chief Justice of India, two senior most judges of India, The Union Minister of Law and Justice and two eminent persons.

This is where all hell broke loose for the legal fraternity. As soon as they realised that the Government was to intervene with the appointment of judges, they felt insecure. The reasons are not too difficult to guess. It’s like, your internal men have the right to promote people. Your internal men decide who should get the position of a Particular High court or Supreme Court judge. Politicians will now have a say in the appointments. It is unfair to just blame the insecurity in this matter. Even ego played a huge role. You have an alternative system in place when you think that the first one is not fair/right/unable to do its job properly.

What happened this time?

Now, you are the supreme most authority. And you are questioned for not doing your job properly. It won’t go down very well on anyone. As soon as the constitutionality of NJAC was challenged, a bench of majority of the judges exercised their rights of being the Supreme Authority by calling NJAC unconstitutional. Reason was given that the civil society in India is not completely involved and to ensure that complete justice is delivered, the judiciary should be kept independent from other organs of the Government.

Fair enough. Our System is indeed corrupt or incapable. But has our judiciary stayed clean and away from corruption? Is it fair so far as the appointment of Judges is concerned? Are they efficient enough? If yes, then why are all the courts understaffed? Or there are other graver issues and reasons? 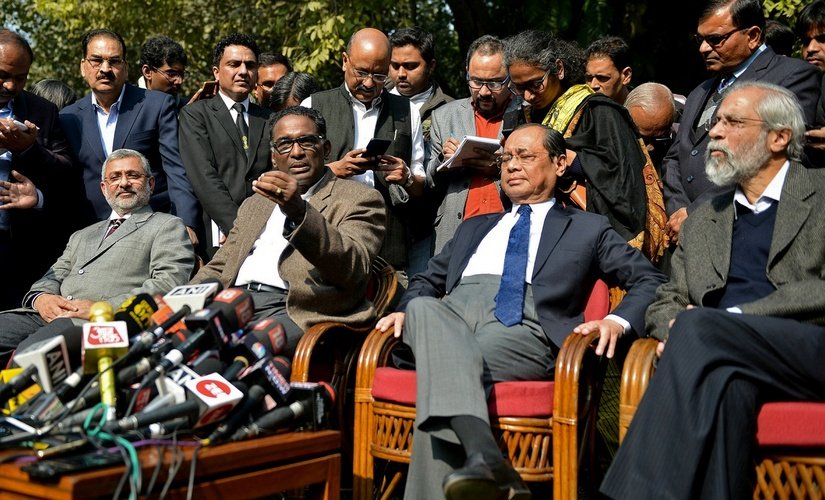 The rejection of NJAC

NJAC was rejected. The good old collegium system was to continue. The judges further added in their judgment that collegium system needs improvisation. And guess what did the Supreme Court decide in the bench hearing? It decided to take public opinion for improvising the same.  Now that is how irony facepalms. You have a problem with outsiders intervening in your system. And when you find yourself inefficient, you ask for public referendum to decide on your internal system. What is the constitutional stand of public referendum again?

Personally I am not in favour of NJAC. Nor am I too happy with the good old collegium system.

But if I have to choose one, I would go with the latter. Call it the choice between the deep sea and the devil. What we now need is a system that elects judges on the basis of their merit. Just like lower courts, higher courts should also have a system and procedures in place instead of/along with committees. An objective standard that makes it easier to ascertain the merit of the performance of our judges. Keeping the judiciary free from politics is the ideal thing, at least in the present scenario. And only merit based selection system can ensure a near perfect system, if not a flawless one.

At the end of the day, no matter what improvising measures are incorporated, this entire issue has brought in light the insecurity and hurt ego of the supposedly neutral and supreme authority of the country. Unconstitutionality? Don’t even talk about it. The recent development also reflects the incapability of the system to decide on a procedure.

All we can hope for is something that’s sensible and fair that comes out at the end of this saga.