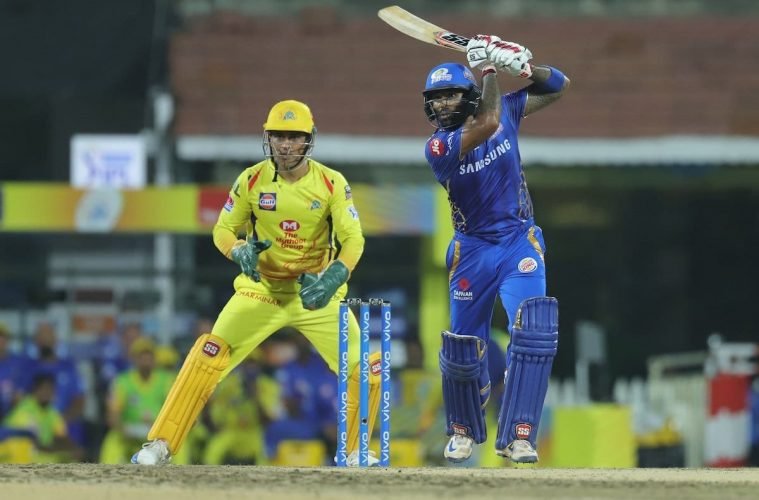 Suryakumar Yadav Is Ready To Knock Down Team India’s Door

2010-11 Ranji Season: Defending champions Mumbai were in a spot of bother at 99/4 against a Delhi side, which also had Virat Kohli in their ranks. In walked a young 20 year old debutant, who began his cricketing career from the streets of Mumbai. In a batting lineup that boasted of prominent names like Rohit Sharma and Wasim Jaffer, he ended up as the highest run-scorer with 73 runs. That was Suryakumar Yadav’s first shot at fame.

He did follow it up with another sensational run in the Ranji season next year where he finished as the highest run-scorer for his team. Nine years later, Surya has become a household name largely due to his atrocities in the domestic circuit. He has been hitting the ball well, going after the bowlers and smashing it out of the park. He has not only become an integral part of Mumbai’s batting lineup but was also announced as the captain ahead of Mumbai’s Ranji Trophy campaign for the upcoming season. 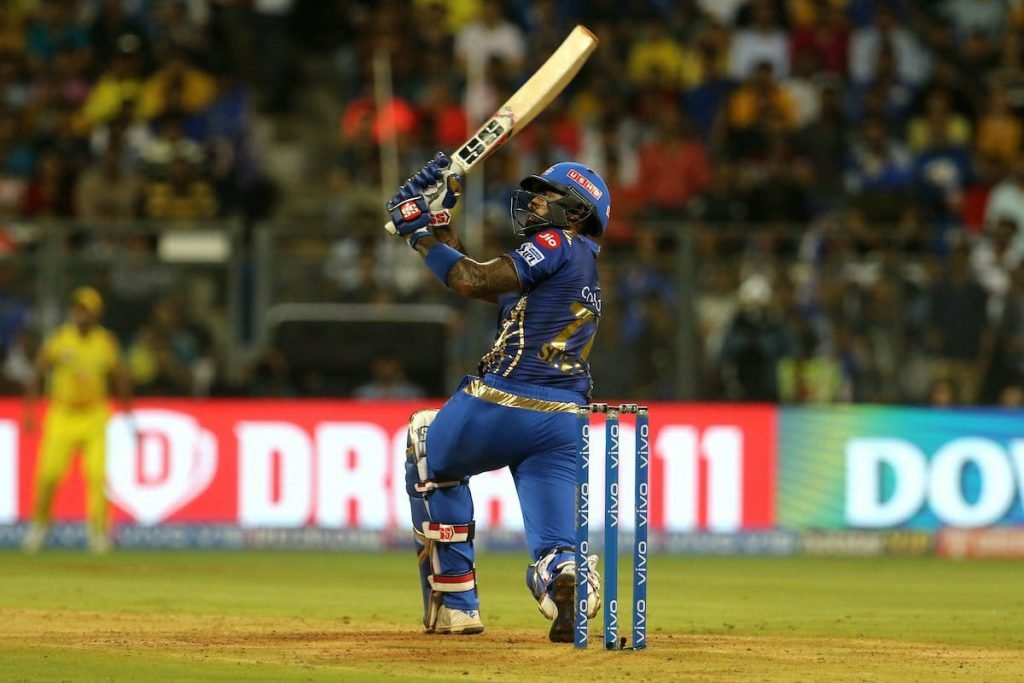 Rising Above The Ranks

‘Skill is only developed by hours and hours of working on your craft’.

Suryakumar Yadav has put up a lot of hardwork and dedication to reach where he stands today. A brilliant stroke player, outrageously talented, highly sophisticated in the Mumbai cricketing circles. For most of the people, Suryakumar Yadav is probably a familiar cricketing figure due to the Indian Premier League. The 29 year old created an enigma batting at the lower order for Kolkata Knight Riders in their winning campaign back in 2014. He continued to be KKR’s distinguished finisher before finally getting a chance to display his credentials at the top order for Mumbai Indians.

However, there is a lot of wisdom in the latest version of Suryakumar Yadav who is now much more of a calm and composed demeanor. The batsman credits it to his newly found routine in meditation. While it has helped him stay relaxed, he has certainly galvanized the minds of other bowlers with regards to his proficiency with the bat. His stellar consistency has slowly brought him into the focus of attention. He is already into the reckoning as India build their limited overs side.

Phenomenal Run With The Bat

What Suryakumar Yadav has done in the ongoing domestic season has been exemplary. It all began from the IPL last year where he was asked to open for the Mumbai Indians alongside Evin Lewis. He went on to pile up 512 runs and ended as the highest run-scorer for MI in the season even though his team failed to make it to the playoffs. He continued his spectacular form into the Syed Mushtaq Ali tournament as well where he batted at a sizzling strike rate of 145.16. He didn’t have a great Ranji season though.

However, he followed it up with another excellent IPL where he was amongst the top run-getters for MI, batting in the middle order. However, it’s the Vijay Hazare Trophy this year where he stamped his authority batting at the lower order for Mumbai with an exhilarating strike rate of 154.79. Whenever he got an opportunity at the crease, he unleashed his valour against the opposition bowlers. He continued with his power packed performances in the Deodhar Trophy as well where he slammed 72* (29) in a game against India A.

While Mumbai couldn’t proceed beyond the Super League stage in the recently concluded Syed Mushtaq Ali Trophy, Surya again displayed his dominance with the bat as he ended the tournament with the third highest run tally of 392 runs. A significant batting average of 56 and at an even marvellous strike rate of 168.97. Moreover than his performances, it is his flexibility in the batting order which makes him a prized possession for any team he plays for. From opening to batting in the middle order to finishing games at the lower order, Surya has mastered it all.

You say the sky is the limit. We say this SKY has no limit.

The Dream is Near

Participating in the IPL and representing your state team is in itself a great honour. However, at the end of the day nothing matches playing for your country and no one will understand it better than Surya. He has sustained the perils of playing domestic cricket for almost a decade without representing India. However, with his recent stupendous performances, he certainly realizes that the stakes have been higher than it has ever been before.

“Of course, I have been thinking that I’m not there in that circle still. But I strongly feel that the time is around the corner and I’m going to push the door this year.”

Time and again, there has been high praise for Surya from the fans as well as the cricketers. His Mumbai Indians skipper Rohit had rated him as one of the best players of spin during the season. The fans have been pushing for his selection all over social media. His former IPL teammate Harbhajan Singh also vouched for him to get picked in the Indian side following a splendour Vijay Hazare campaign.

Don’t know why he doesn’t get picked for india after scoring runs heavily in domestic cricket @surya_14kumar keep working hard.. your time will come pic.twitter.com/XO6xXtaAxC

Will we see him in Indian colours?

With the T20 World Cup coming up Down Under next year, the timing couldn’t have been any better for Surya. India have plenty of hurdles as their search for a proper finisher broadens up. The uncertainty over MS Dhoni’s future, an injured Hardik Pandya, the out of favour Dinesh Karthik and Rishabh Pant’s inability to finish games should give enough fodder for the selectors to discuss his inclusion. Moreover, the likes of Krunal Pandya, Washington Sundar and Shivam Dube haven’t done justice batting lower the order.

The Men in Blue also have a lot of limited overs action coming up at the moment. Following the end of the ongoing Caribbean tour, Sri Lanka will be touring India for three T20 internationals followed by Australia for a short ODI series of three games. India then have a full fledged tour of New Zealand where they will be playing five T20 internationals, followed by ODIs and Tests. Surya will certainly aim to be amongst the probables. With the selection dynamics set to change as the new chief selector gets appointed, that will also play a huge role in determining his place. 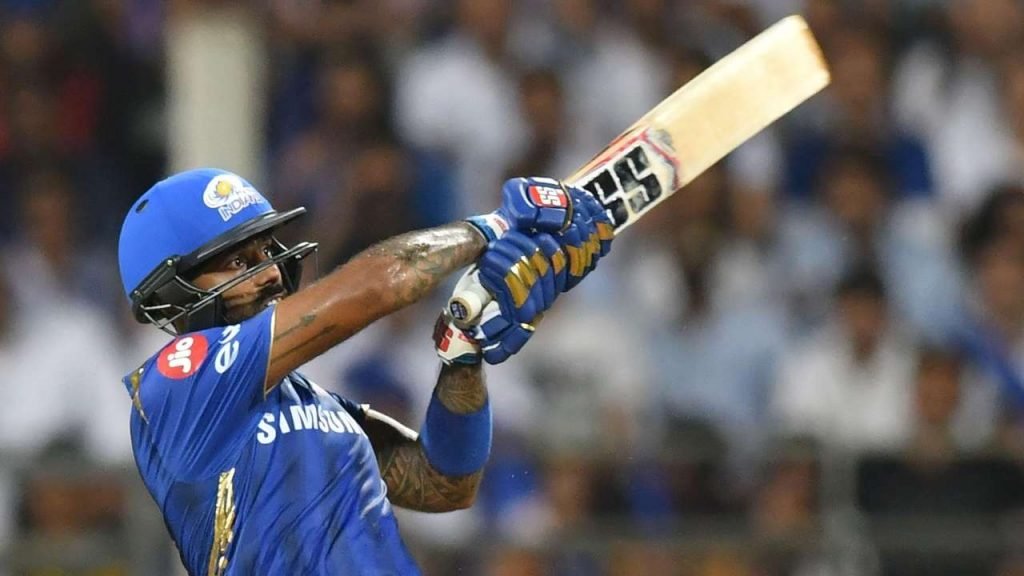 Will Suryakumar Yadav make it to the national team? Listen from the man himself..

“It will be great if I’m selected for the Indian team but if not, I’ll still be scoring runs here.”

Find our other articles on rising stars of cricket, here.